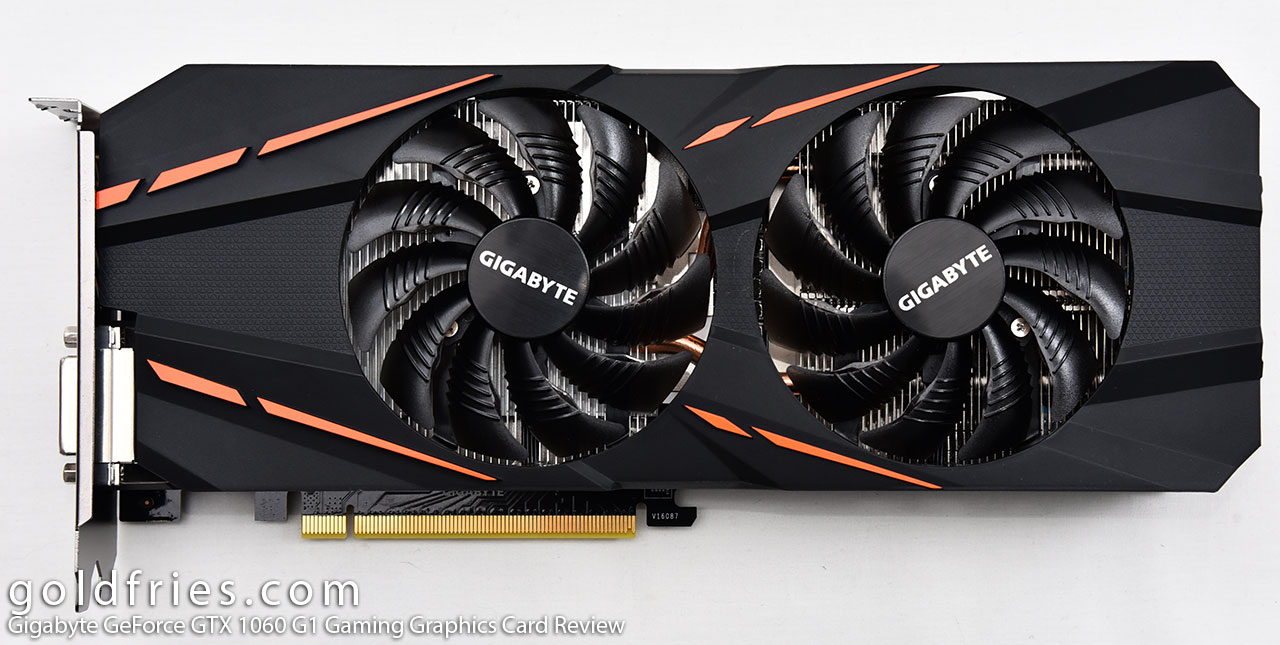 I think I pretty much described everything about the card already. The GTX 1060 G1 Gaming uses 8-pin PCI-E connector and that indicates higher than the expected power draw from a GTX 1060 card, capable of drawing up to 225W. 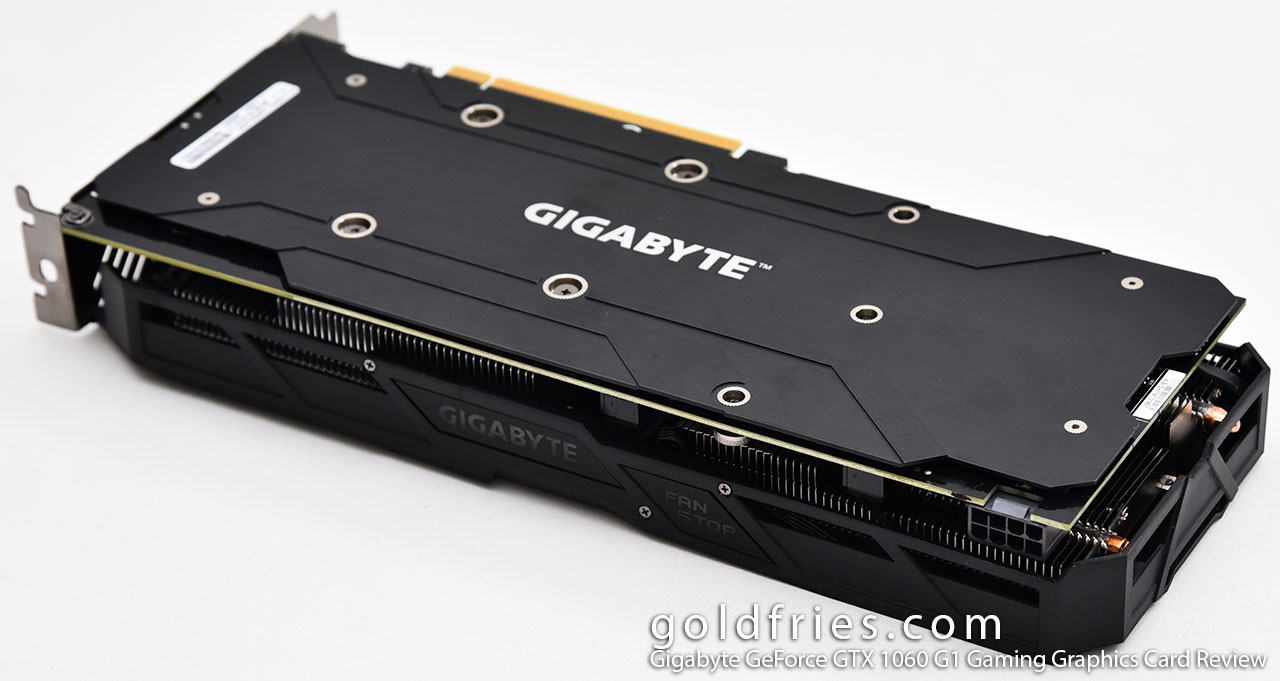 Here’s a view of the I/O panel and also another view of the cooler shroud, the shroud comes with red accents. Admittedly I was hoping that part of the unit would be RGB colored as well but it isn’t. The RGB light is limited to that tiny GIGABYTE text on the shroud which I think is disappointing. 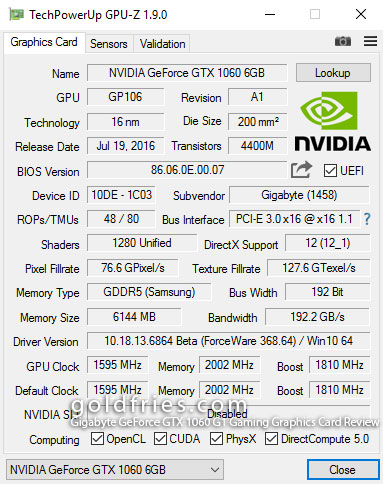 I wasn’t expecting the Gigabyte GTX 1060 G1 Gaming to be a card that I can overclock further but to my surprise I was able to add 125Mhz to the core and 250Mhz to memory and pass all benchmarks. It wasn’t stable with 150Mhz core boost.

The fan hovers at around 45% on AUTO settings when on high load but what’s great about it is that it’s still pretty quite, even at 100% RPM it sounds like the noise level of Founders Edition cooler at 50% – 60% RPM.

Well what do you know, it’s not surprised that it scored to well in the benchmarks. The Gigabyte GTX 1060 G1 Gaming comes pre-overclocked and this includes increased power draw when compared to the 76 Watt draw from Zotac’s GTX 1060 AMP.

The long cooler provides more surface area for cooling, not forgetting the amount of effort Gigabyte placed in making improvements over their Windforce cooling system. The cooling system on the GTX 1060 G1 Gaming is able to cool the unit well despite the added power draw.

The Gigabyte GTX 1060 G1 Gaming retails at RM 1,459 and comes with 3-years warranty – what it offers is 10% boost in performance compared to other cards, it has a backplate, and it has RGB lighting for the text. The only down side of this card is that it’s quite long so it’s not the card of choice for when the casing is space constraint.

I think the most impressive part of the Gigabyte GTX 1060 G1 Gaming is that it can be overclocked further. Awesome stuff from Gigabyte!