When Galax first announced their custom GTX 10-series graphics card, they looked quite ugly and I thought they were not planning to bring back nice looking designs. Thankfully the nice looking Galax cards are still around, such as the GTX 1060 model here. 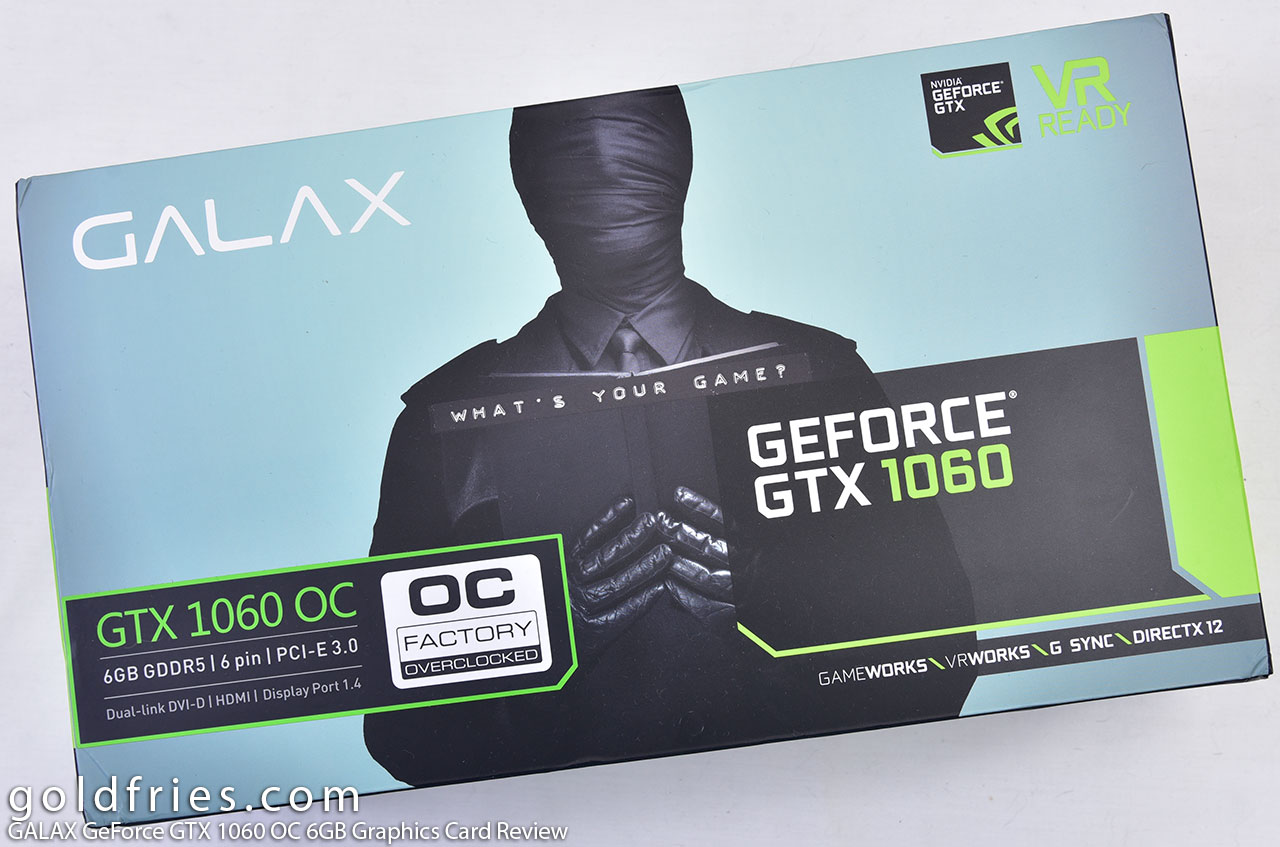 First off you’ll see that the Galax GTX 1060 EX OC here runs with a twin-fan design, below is a brief of the cooler design as seen on the official product page What we have then is a beautiful card that looks like carries a huge potential when it comes to modding, I’m planning to mod this baby already. 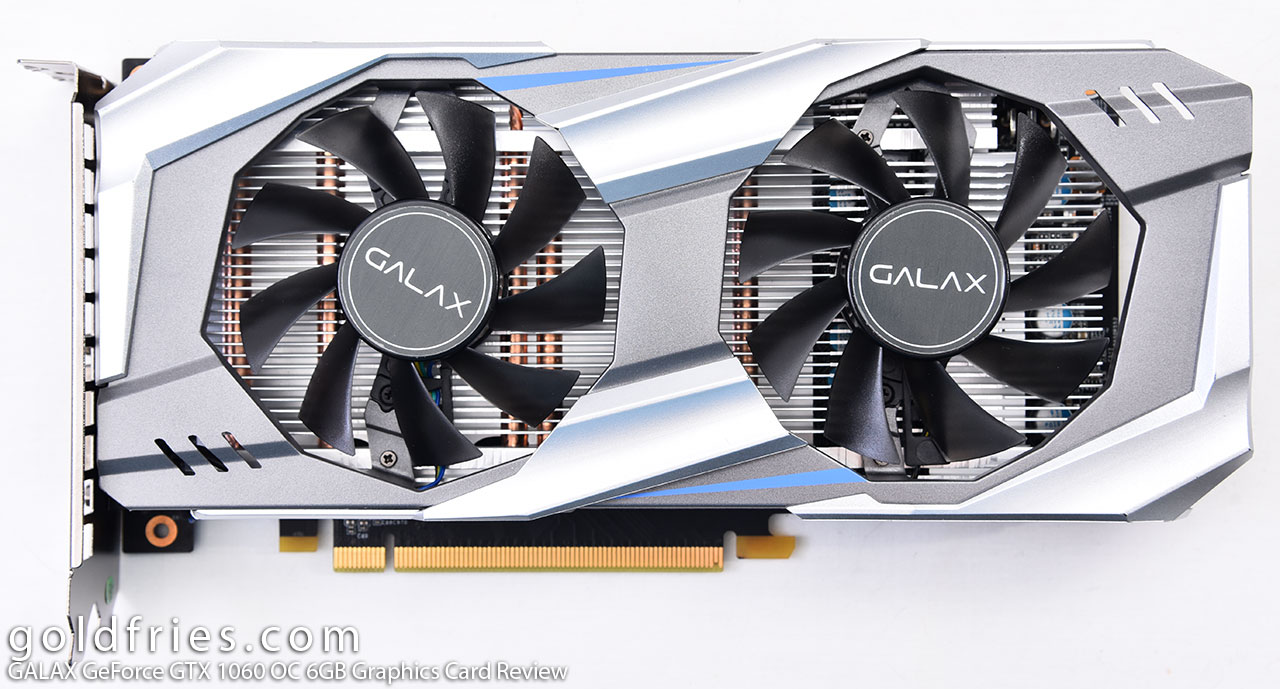 The GTX 1060 EX OC requires only a 6-pin PCI-E power connector so rest assured it won’t be a power hungry card that goes beyond 150W. 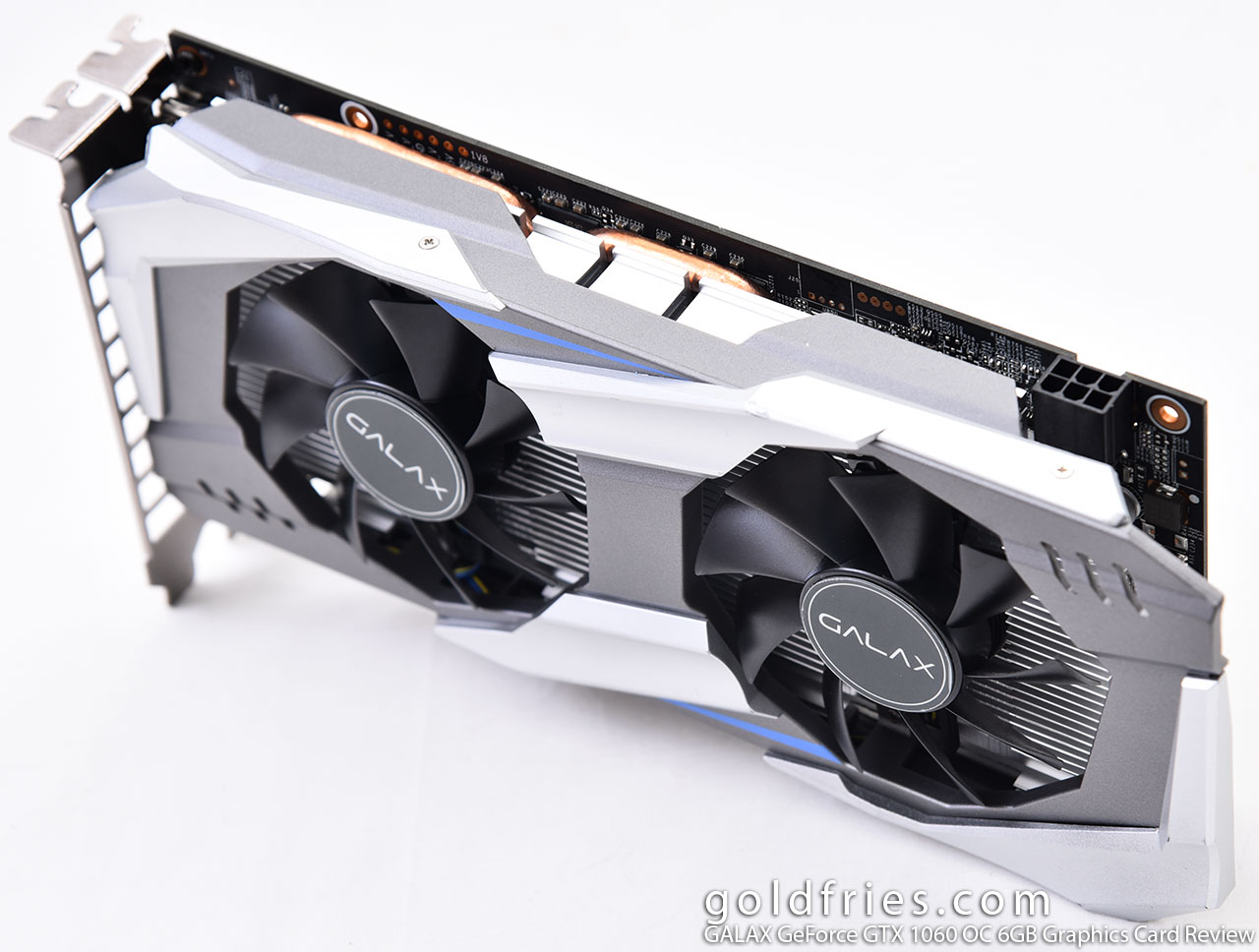 As for the other side, the card does not come with any backplate. 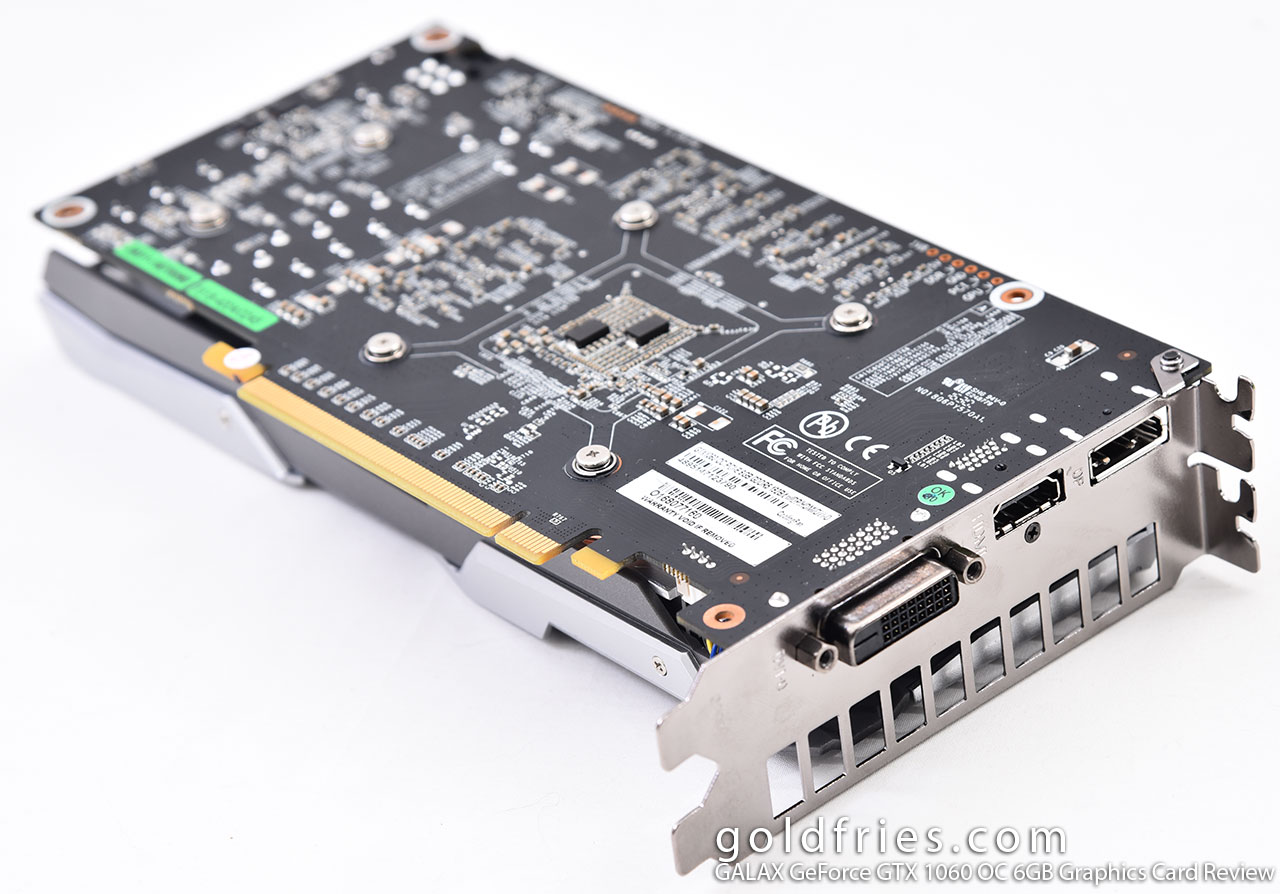 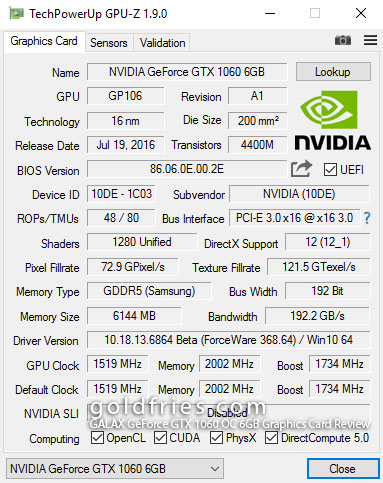 Overclocking on the Galax GTX 1060 EX OC is excellent, I managed to push the core by an additional 200Mhz while the memory is limited to 150Mhz for it to pass all benchmarks. Some benchmarks do get away with 175Mhz or even 200Mhz increase in memory speed.

The fan hovers at around 56% on AUTO settings when on high load, having the fans being dual 80mm means the system generates more noise than some other models.

The Galax GTX 1060 EX OC retails at $259.99 – it’s not the best looker and neither is it the most silent in operation but what you get is better than usual performance out of the box with great overclocking potential, and not forgetting that the cooler shroud is one that’s begging to be modified.