Apacer Blade Fire was introduced just recently, it is the latest among Apacer’s range of RAM and it seems to be an extension of the BLADE series released last year. 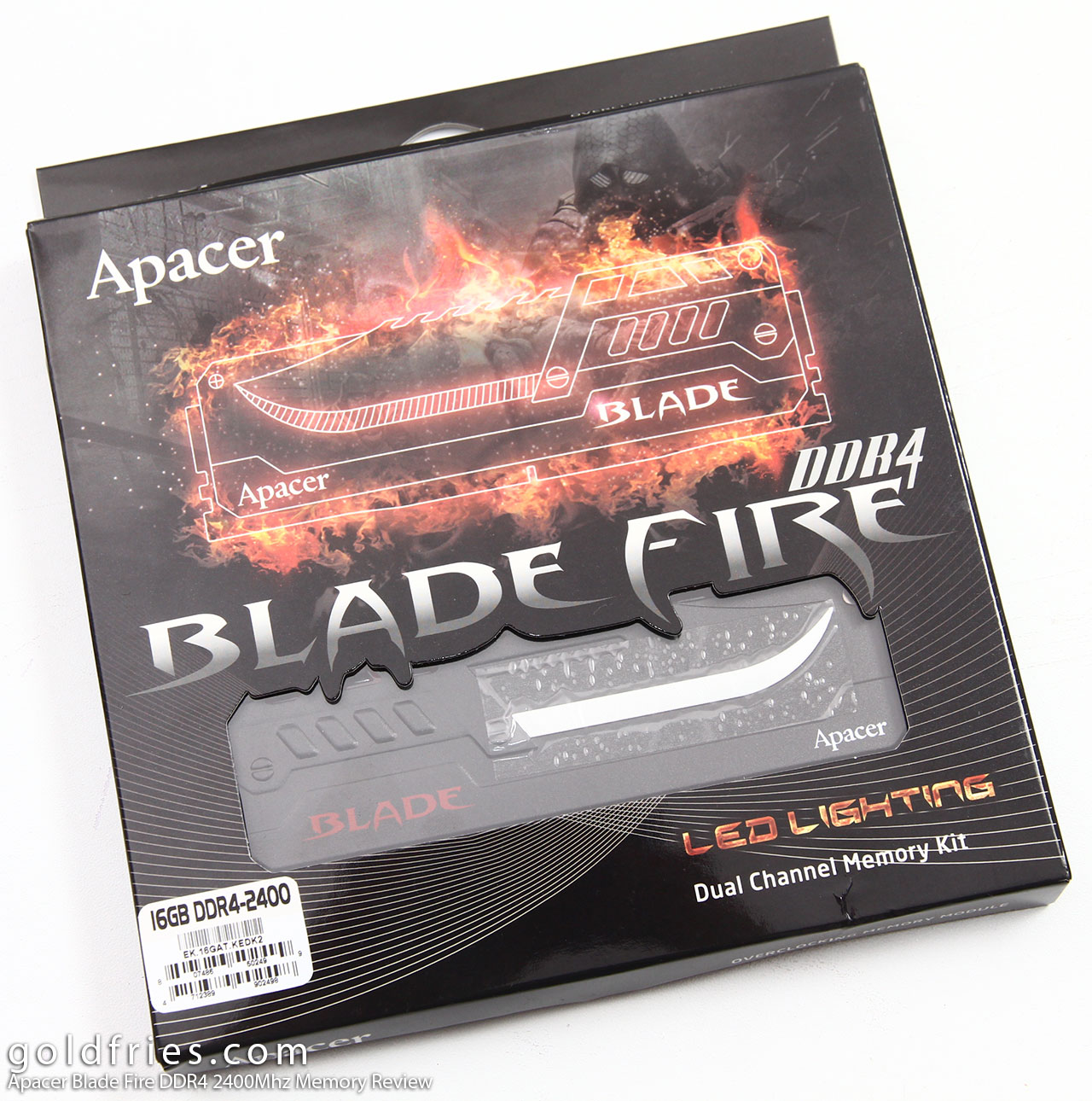 The packaging is messy yet attractive, it looks like a poster for some action-adventure movie of which I see fits the concept of the Blade Fire series DDR4. Why so? The Blade Fire comes with LED lights that light up to 44 times per minute, the LED lights up based on the memory usage. Here’s the RAM itself, notice the dagger design on the heat spreader. 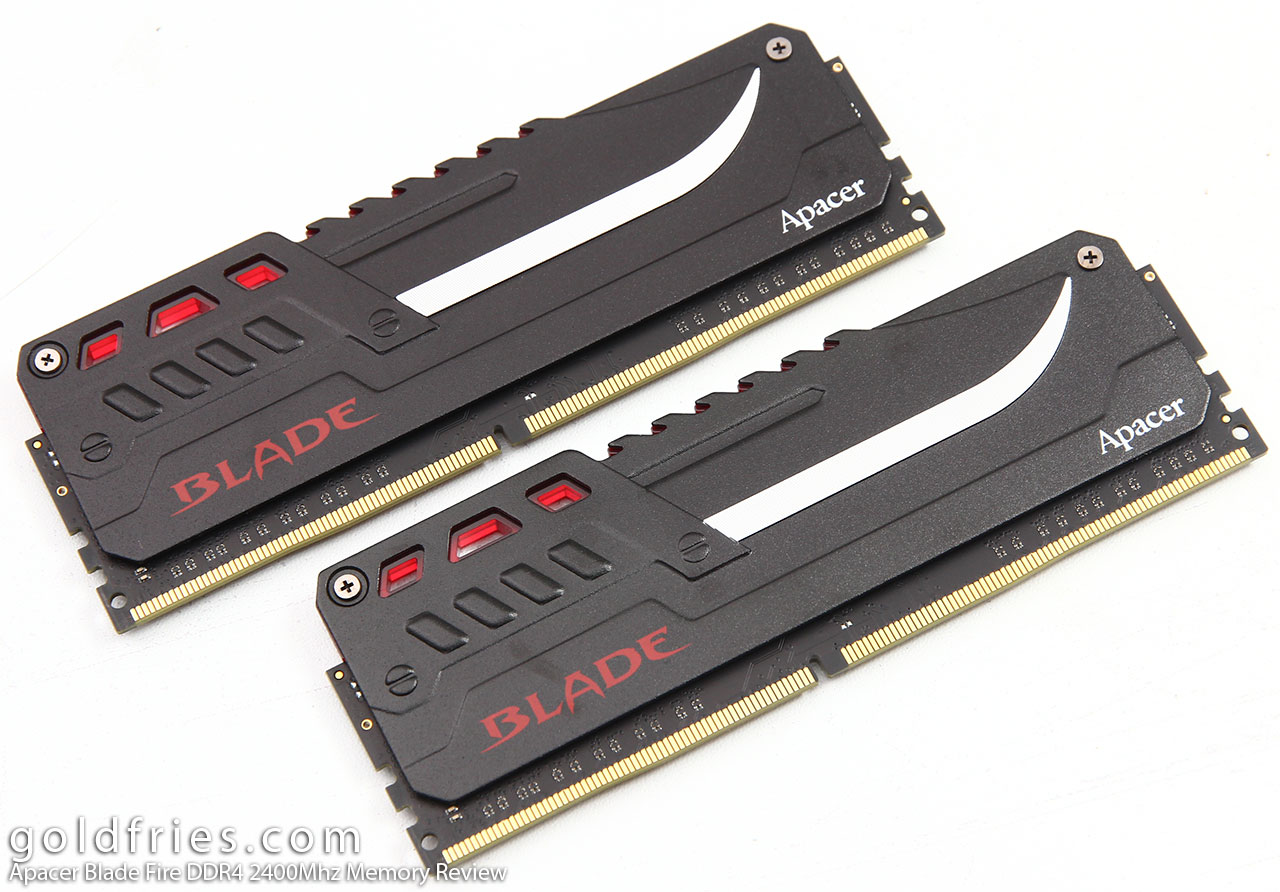 The RAM looks great on motherboards, the armor-style heat-spreader with blinking LED adds action to an otherwise dull computer setup. Unfortunately the LED comes in only red. 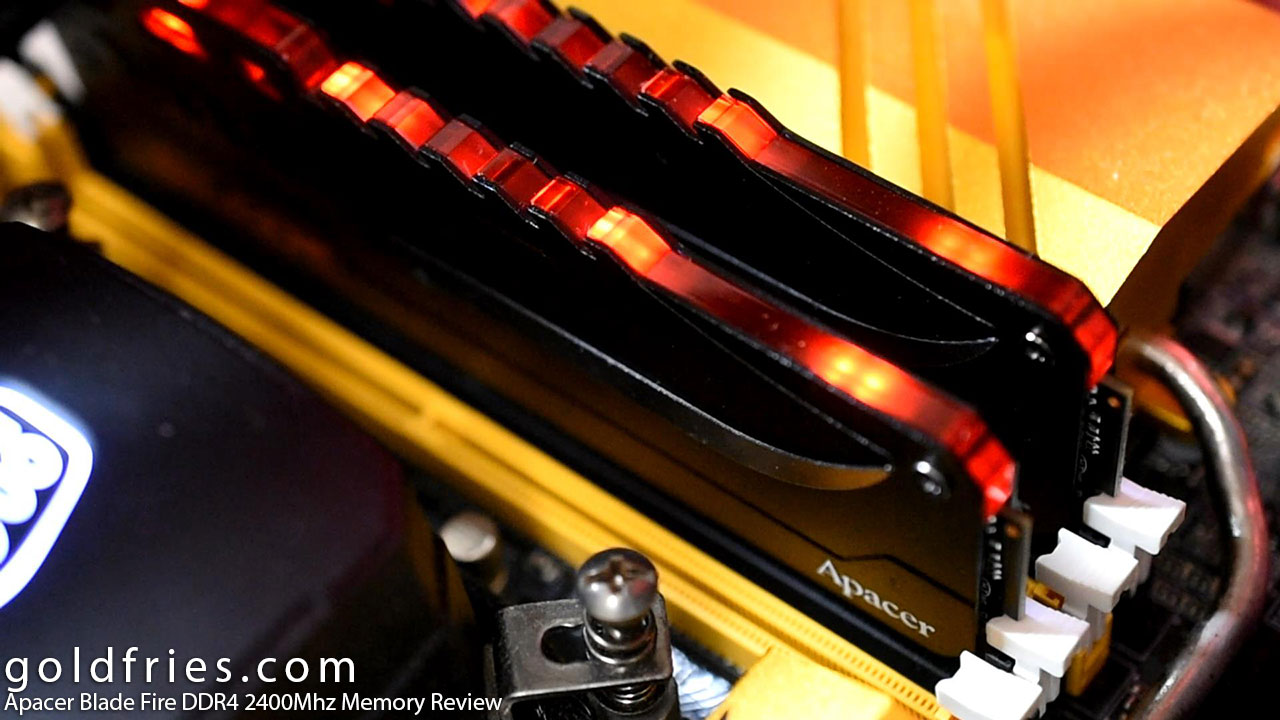 The 2400Mhz model of the Blade Fire is the lowest among them, the highest being the 3200Mhz model. Check out the official product page.

My experience with the Apacer Blade Fire DDR4 2400Mhz was fantastic. I started off with a simple change of the speed from DDR4-2666 and the RAM ran just fine. This got me excited and I ramped it up more and more until I reached 3200Mhz of which only one stick remained standing.

I settled with 3000Mhz with tightened timings in the end, voltage set to run at 1.35v which is good considering the speed and timing I get.

Here’s the benchmark at default settings based on the XMP Profile. 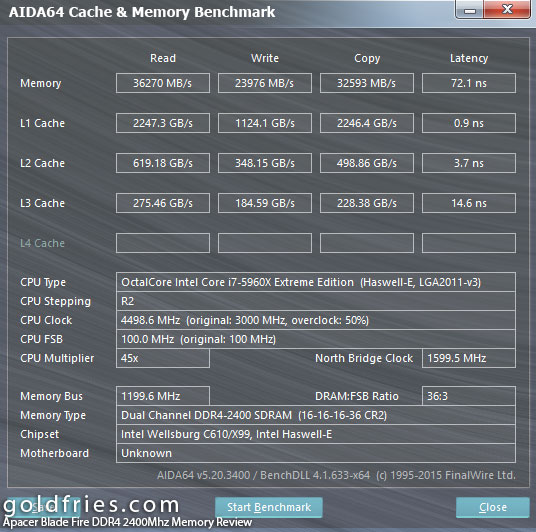 With overclocking done the memory gained quite some transfer rate boost and better latency at that. 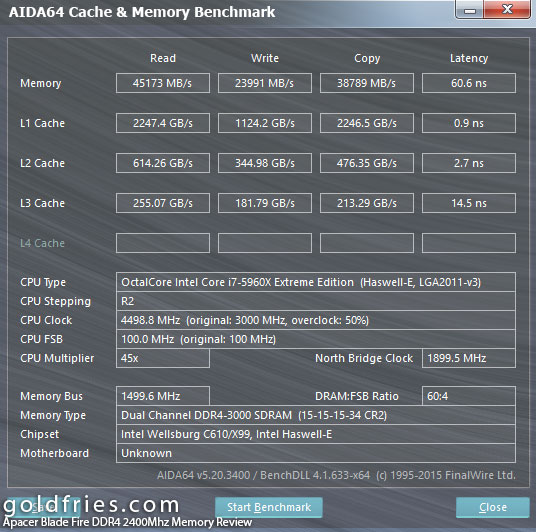 Overclocking was done using the ASRock X99 OC Formula motherboard and below are the settings used. 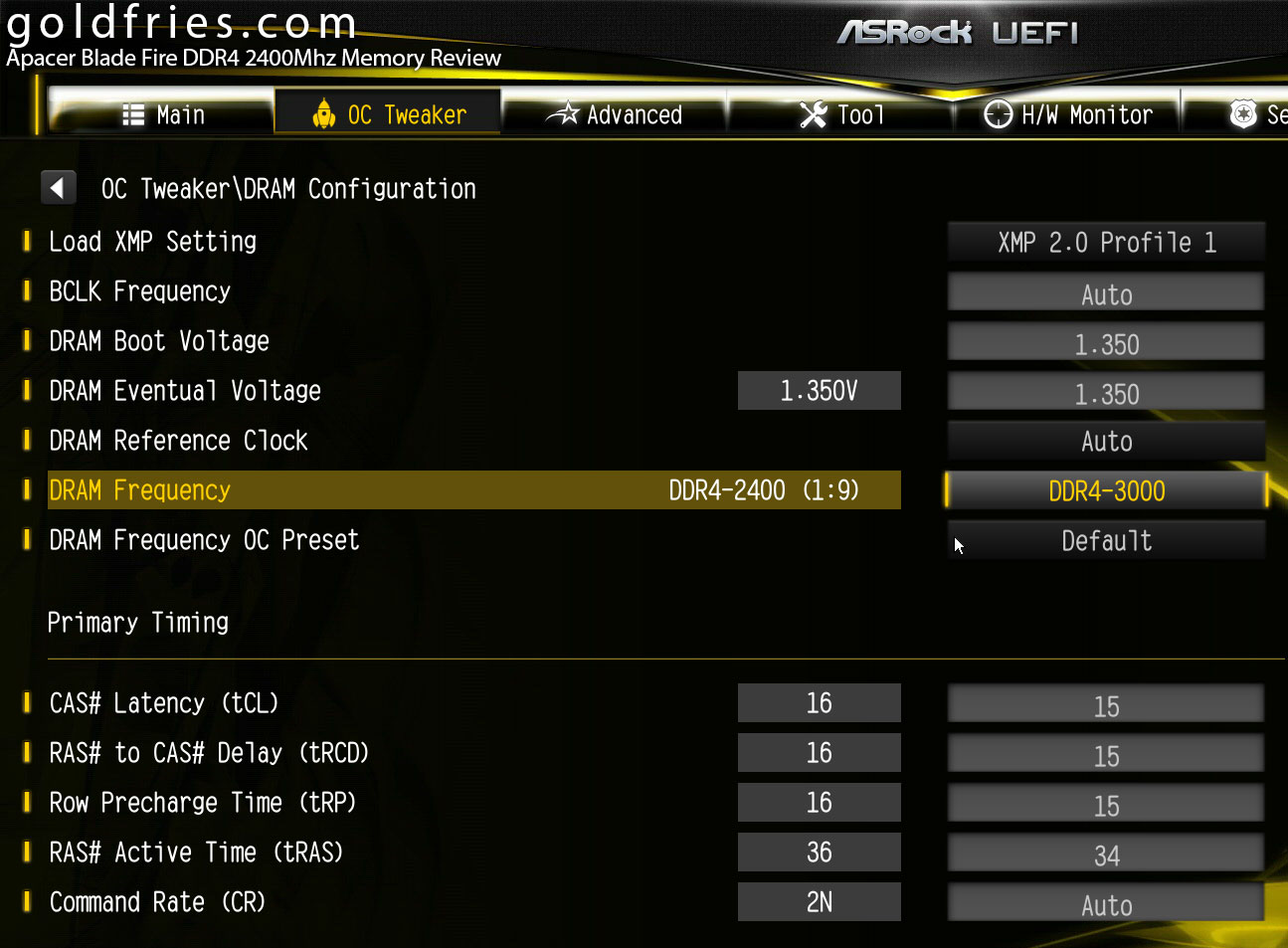 The Apacer Blade Fire DDR4 2400Mhz Memory is one awesome memory, I haven’t experienced the joy of memory overclocking for a long while. I would’ve been pleased even if this 2400Mhz RAM could run at 2666 but to have it run at 3000Mhz which is a 25% overclock and with tightened timings is certainly amazing.

As for the pricing and available, I do not have it at the time of this article. I will update it soon though.