What card looks bigger than it actually is? It’s t he ASUS Radeon R7 360. The ASUS Radeon R7 360 looks longer than most graphics card, this is simply because of the dual-fan cooling system. 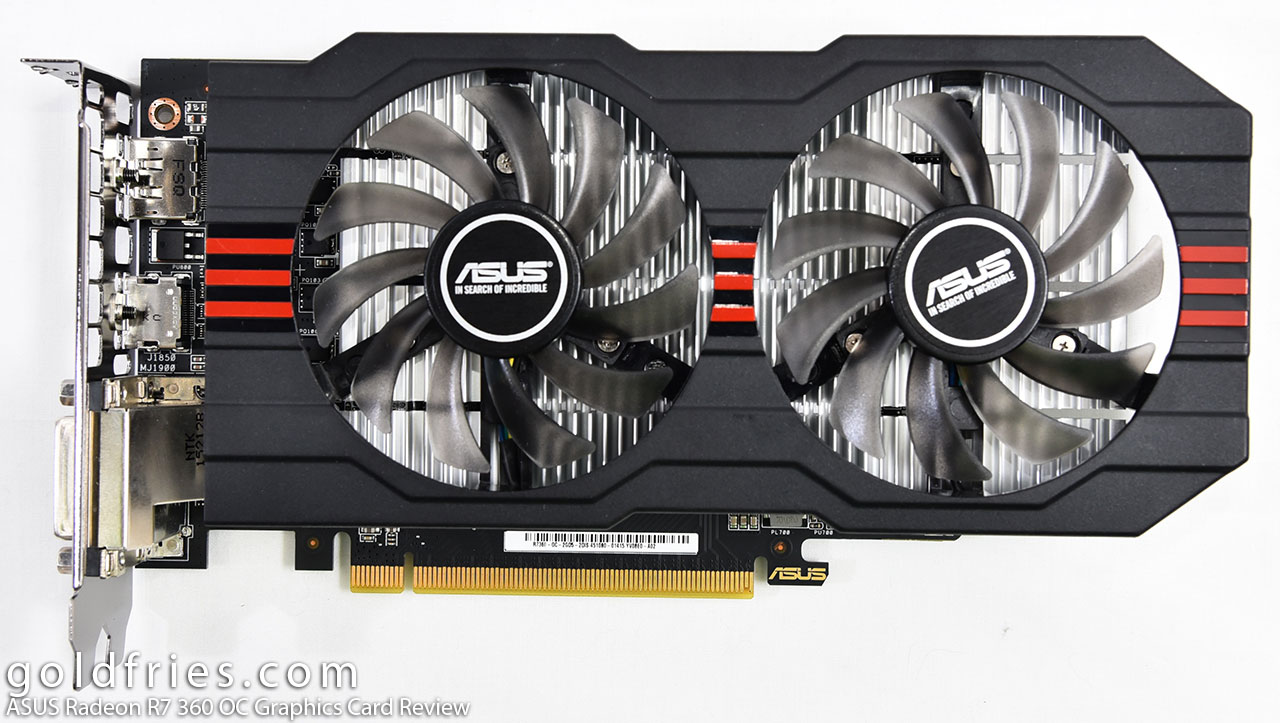 Once viewed from the top you’ll realize that the card is like someone wearing longer pants or shirt than needed, not that it’s a bad thing though but the long cooler could make it a little difficult to install in tight spaces. 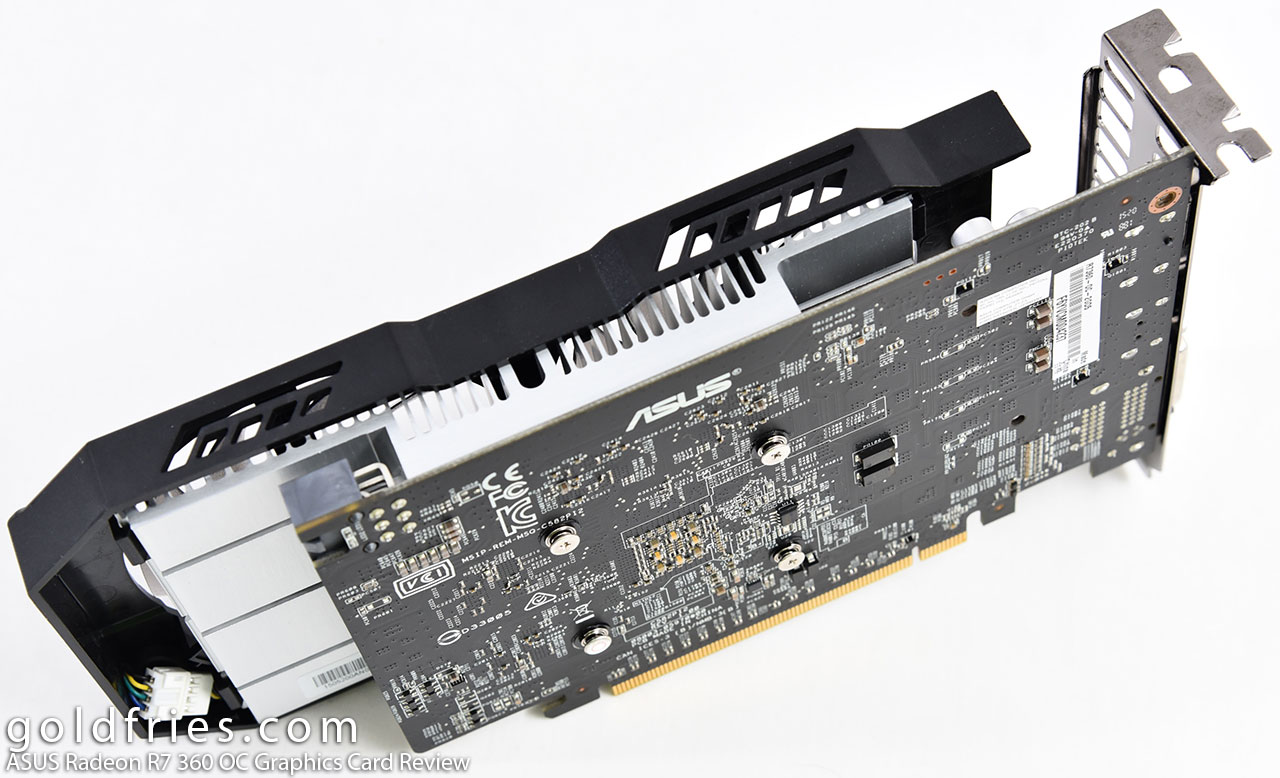 Here are the I/O ports on the card, being a low end card it still comes with DVI port. 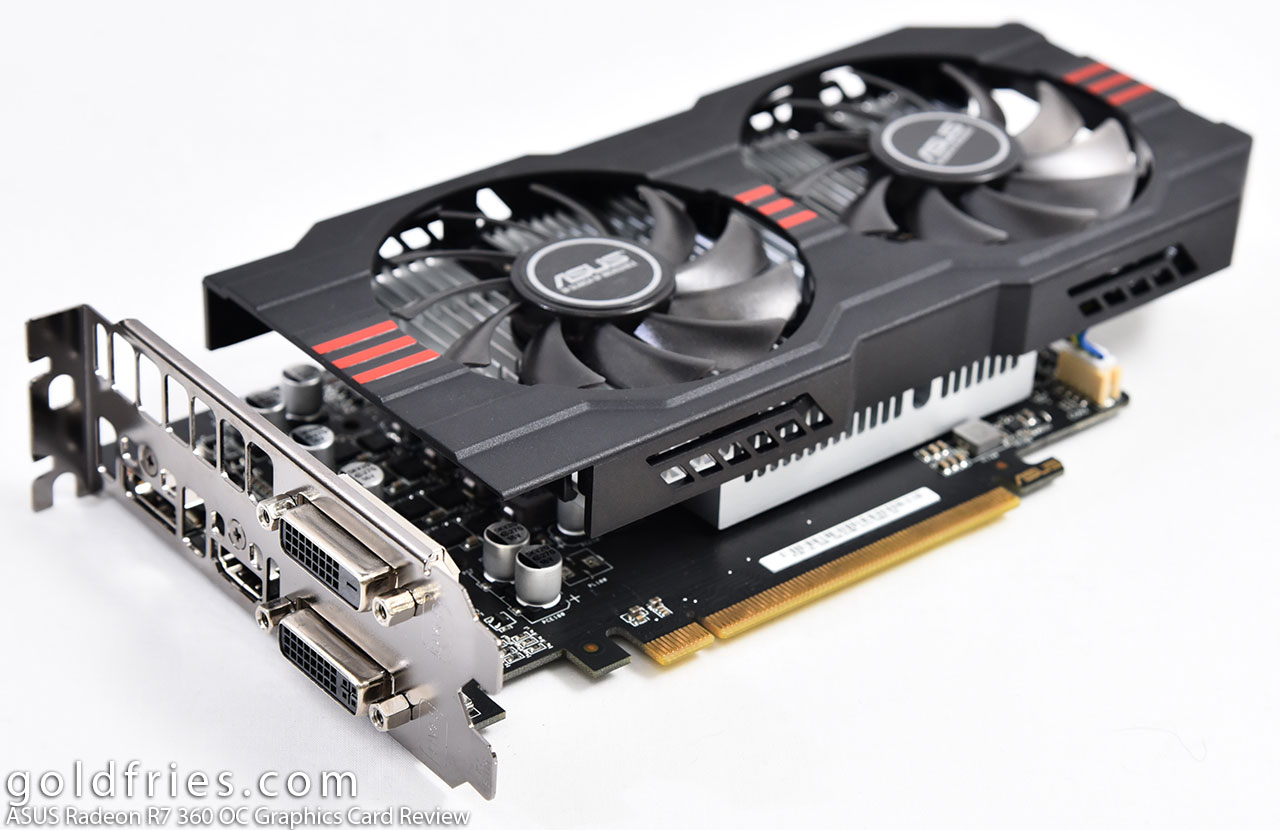 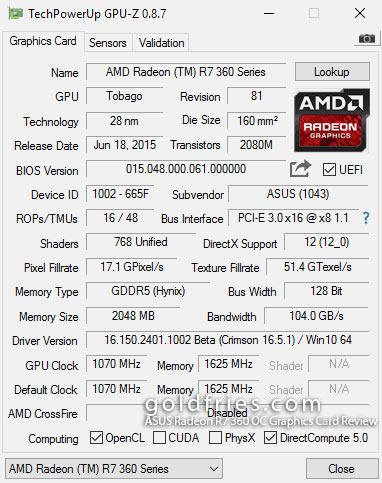 *I seem to be getting faster numbers than my previous benchmarks, I don’t know whether the boost is from the latest driver.

The numbers here seemed awkward, considering that the R7 360 is faster in many test. I can only suspect it is due to the improvements on the driver side.

The fan hovers at around 44% on AUTO settings where the noise level is silent.

The power draw is very close to 75W which is not surprising to see it requires a 6-pin power connector, just in case.

The ASUS Radeon R7 360 OC 2GD5 OC retails at RM 579, not cheap for an R7 370 card considering one from MSI retails for far less (at about RM 500) but what you get with this card is a bunch better cooler, meaning it runs more silent on load.

It’s pretty difficult to recommend this card because ASUS sells the GTX 750 Ti model at RM 599, it costs just a bit more but you do get more performance out of the GTX 750 Ti.