And today marks the introduction to Nvidia’s latest member, the GeForce GTX 1060 and what we have in goldfries’ lab is the one from ZOTAC – the AMP Edition. 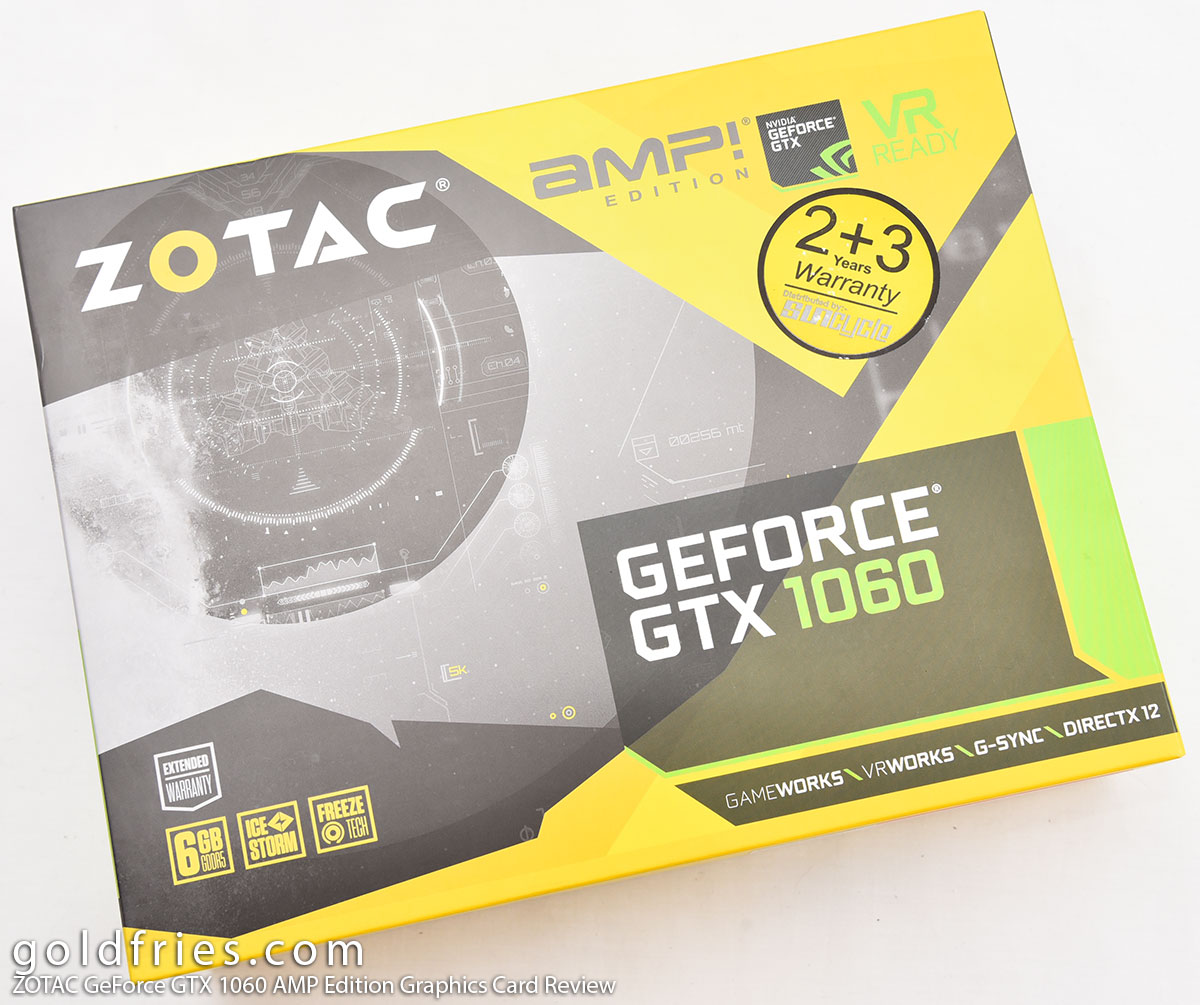 The Zotac GTX 1060 AMP is a small card with dual-fan cooling. How small? Just look at the size of the unit against the PCI-E bracket and PCI-E connector at the bottom. 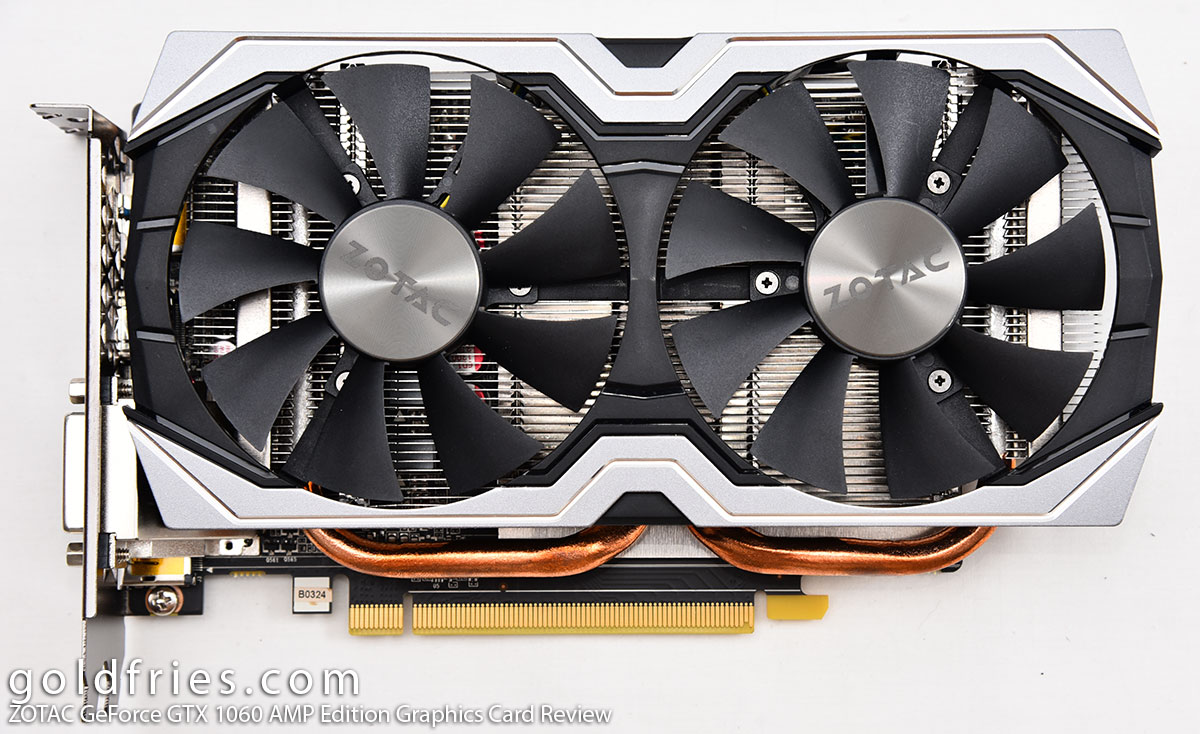 There’s no backplate for this model, unlike the GTX 950 AMP Edition that I reviewed before and I must say that the GTX 950 looks a lot nicer. 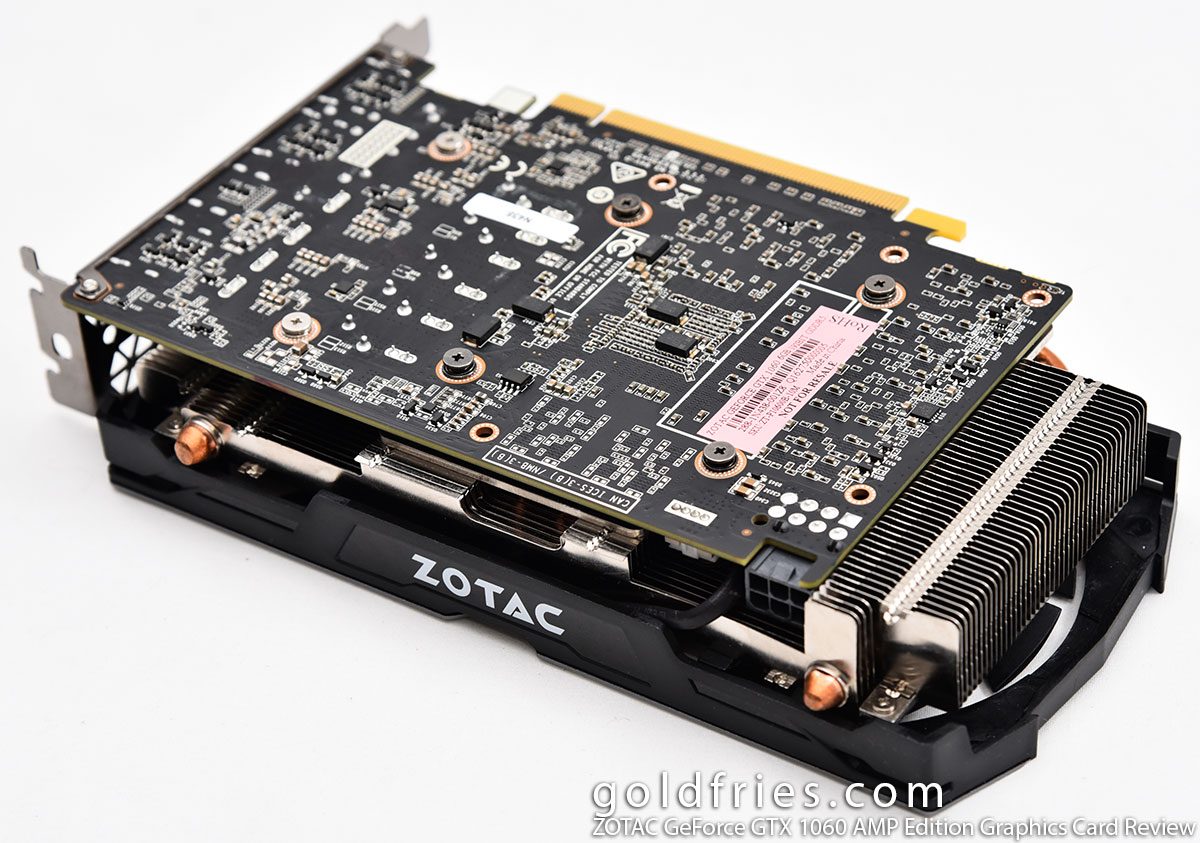 At the back, the usual I/O ports and what you can see here are copper heatpipes stretching across the bottom area. 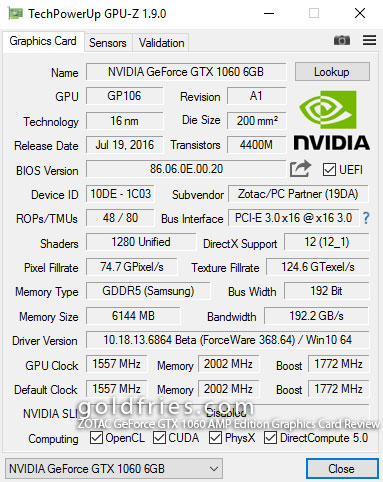 I managed to add over 200Mhz to the default core clock but there were a few games that the card seem to fail completing benchmarks, so I finally settled in with 150Mhz. As for memory, I added some 200Mhz to it with no issue.

Here’s an overview of the relevant performance based on available data, the first 5 games and in DirectX 11 at Full HD resolution. 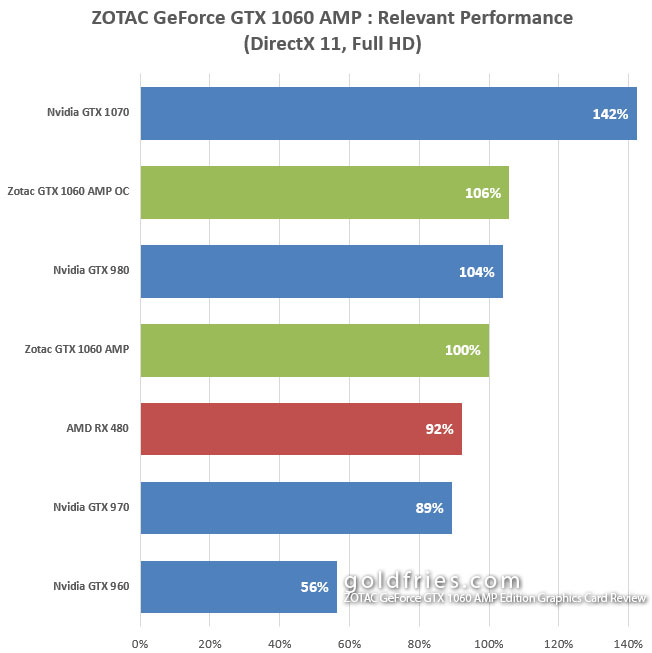 The fan hovers at around 85% on AUTO settings when on high load but what’s great about it is that it’s still pretty quite, even at 100% RPM it sounds like the noise level of Founders Edition cooler at 50% – 60% RPM.

The ZOTAC GeForce GTX 1060 AMP Edition retails at RM 1,399 – So how does it fare against the AMD RX 480? It costs a bit more but you get quite a lot more performance out of it and it doesn’t draw as much power as the RX 480. Unlike the RX 480 that requires some voltage boost just to overclock (and resulting in more heat) the GTX 1060 overclocks without needing voltage adjustment and gains quite a performance boost out of it without suffering from additional heat.

Put it simple – you have a winner here, the once rather attractive AMD RX 480 now looks pale in comparison as GeForce GTX 1060 cards now reigns in its stead.