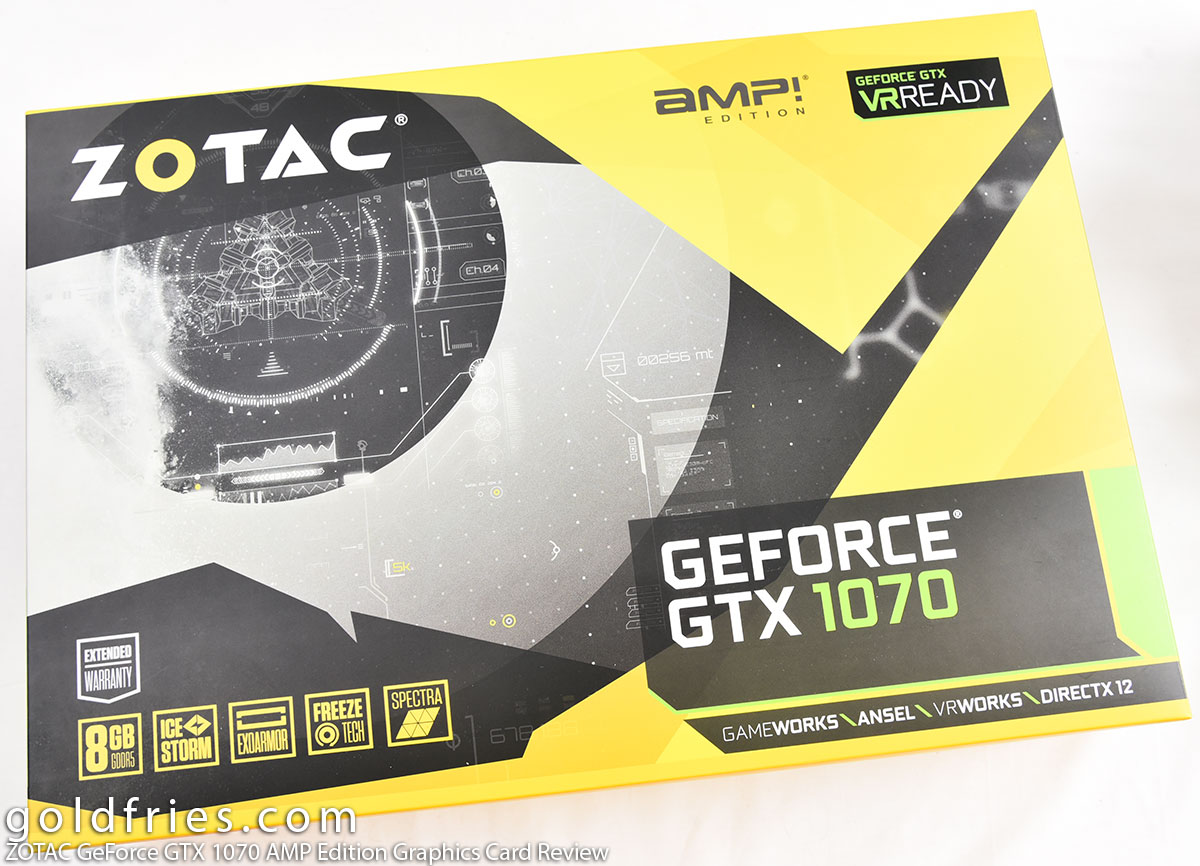 Once you get the big yellow box out of the way, you’ll get to this beautiful beast of a card with dual-fans – Zotac’s IceStorm cooling with Carbon ExoArmor protection and Spectra lighting. 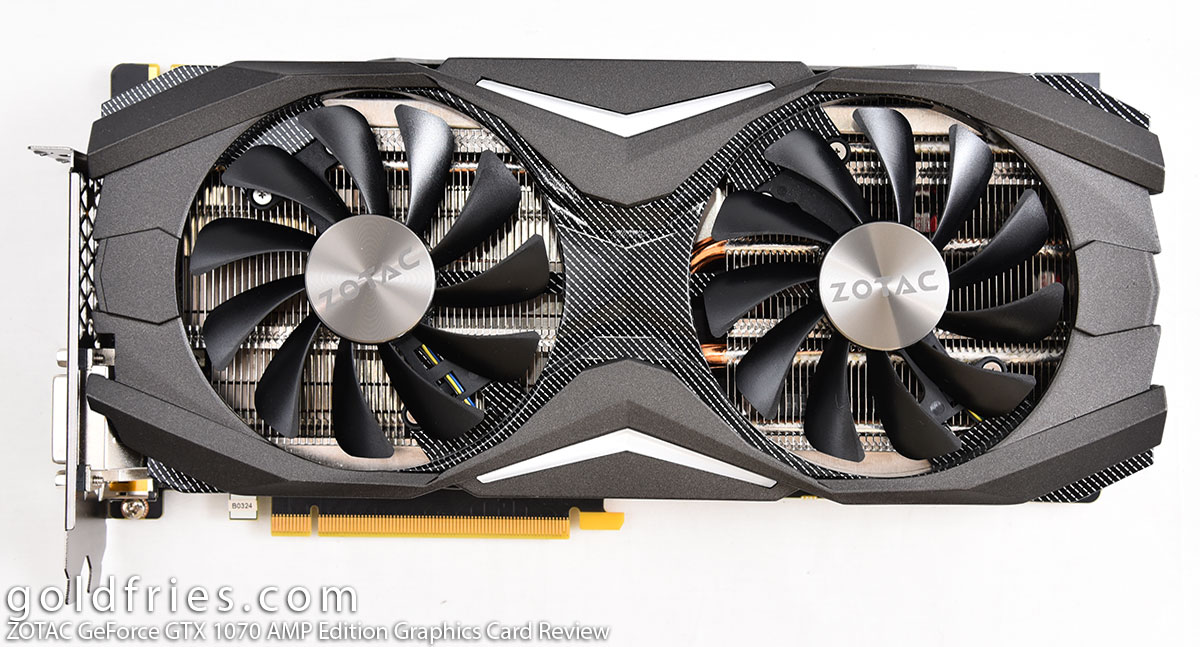 Spectra lighting? Yes, it’s this one.

The Spectra lighting is control via Zotac’s FireStorm software. NOTE : It is not RGB. Now on with the next pic, you’ll see that this model comes with 2x 8-pin PCI-E power connector, this means that the Zotac GTX 1070 AMP Edition could draw up to 375W if need but according to the official product page the card draws only 220W tops. A single 8-pin PCI-E would suffice, perhaps it’s for load distribution. 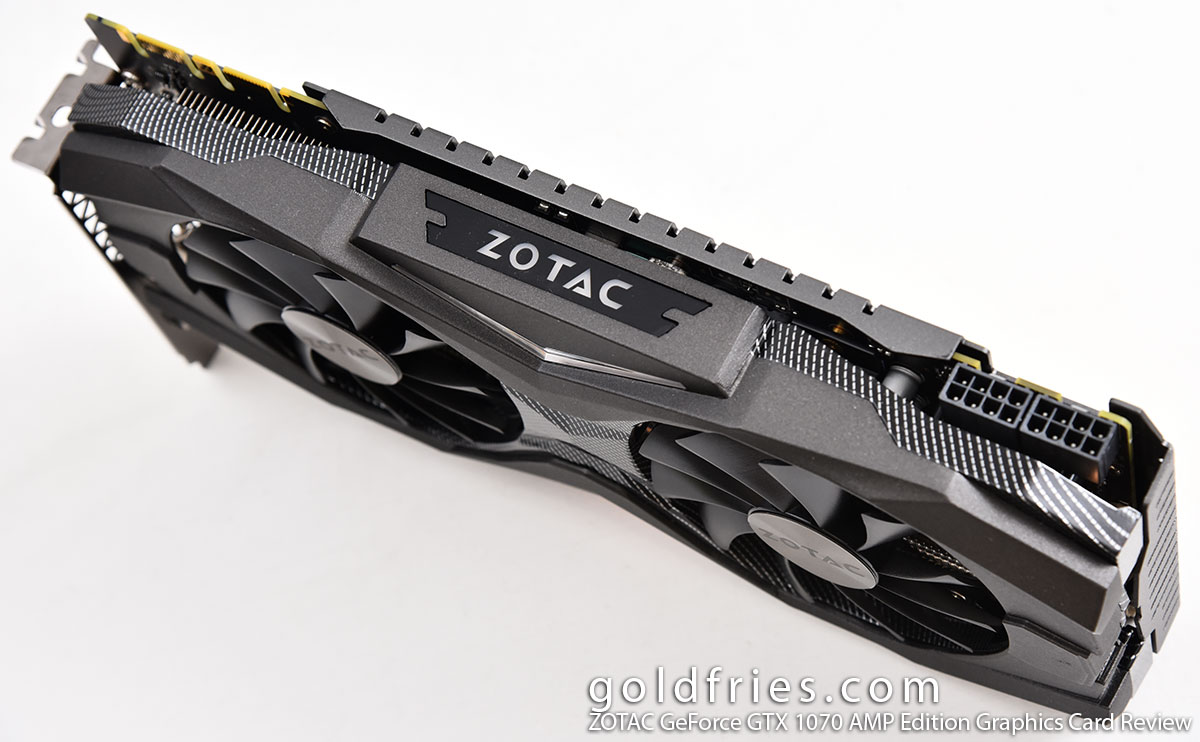 At the back, here’s what Zotac’s ExoArmor looks like. It looks good but that yellow stripe across the board could just spoil it when it comes to matching the motherboard and RAM sticks, nevertheless it turned out quite alright for my system that’s with an ASRock X99 OC Formula. From the top to the bottom, you’ll see that there are not heatpipes running around. At the rear are 3 DisplayPorts, 1 HDMI and 1 DVI video connector. 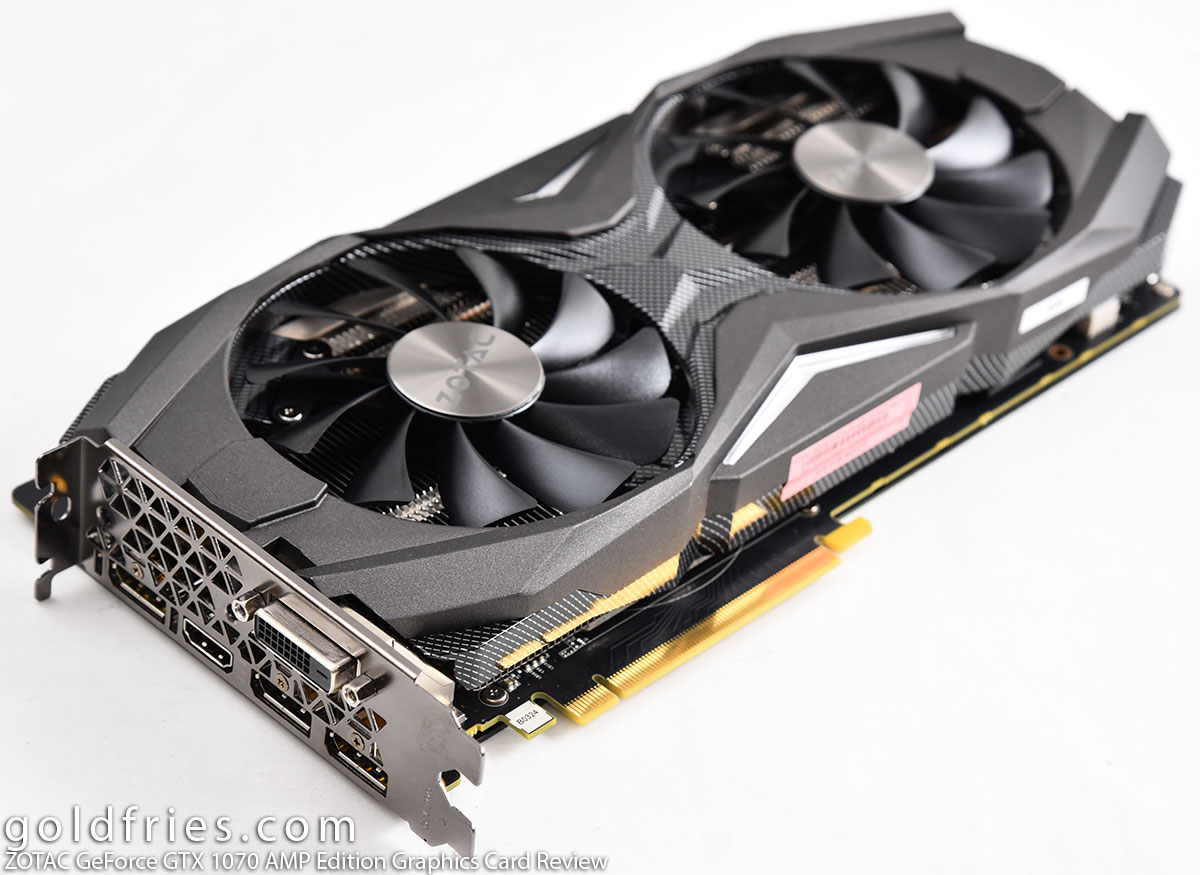 And for comparison purpose, here’s how big the Zotac GTX 1070 AMP Edition is when compared to the Founders Edition. 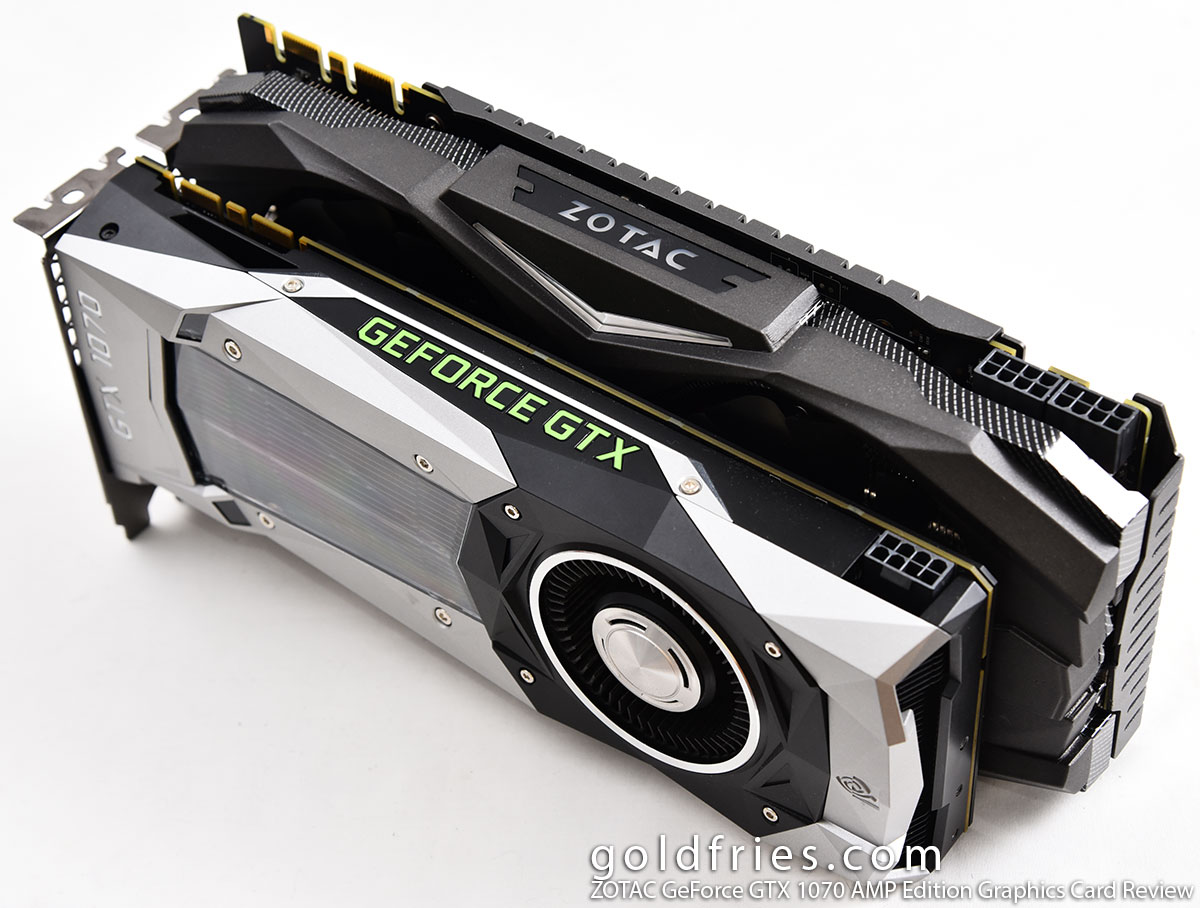 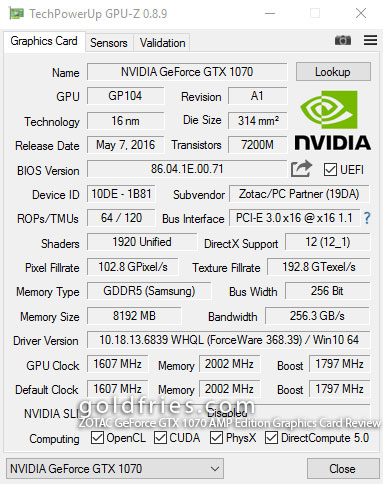 I managed to add over 200Mhz to the default core clock but there were a few games that the card seem to fail completing benchmarks, so I finally settled in with 175Mhz. As for memory, I added some 250Mhz to it with no issue.

The fan hovers at around 85% on AUTO settings when on high load but what’s great about it is that it’s still pretty quite, even at 100% RPM it sounds like the noise level of Founders Edition cooler at 50% – 60% RPM.

The ZOTAC GeForce GTX 1070 AMP Edition retails at RM 2,219 – a solid card that runs faster than the Founders Edition out of the box, runs even faster when overclocked, has a cooler that’s silent even at 100% RPM and it even comes with lighting. What more can you ask for? Oh yes, it comes with 5-years warranty.