The much awaited ZOTAC GeForce GTX 1070 Founders Edition is here, I know some of you have eyes set on the 1080 but the GTX 1070 is the one I’ve been waiting for – it costs much less than the 1080, basically GTX 980 Ti level performance at much reduced price and power draw.

The design of the Founders Edition unit aka reference cooler is much nicer compared to reference cards before, a design with many edges, much like a diamond. 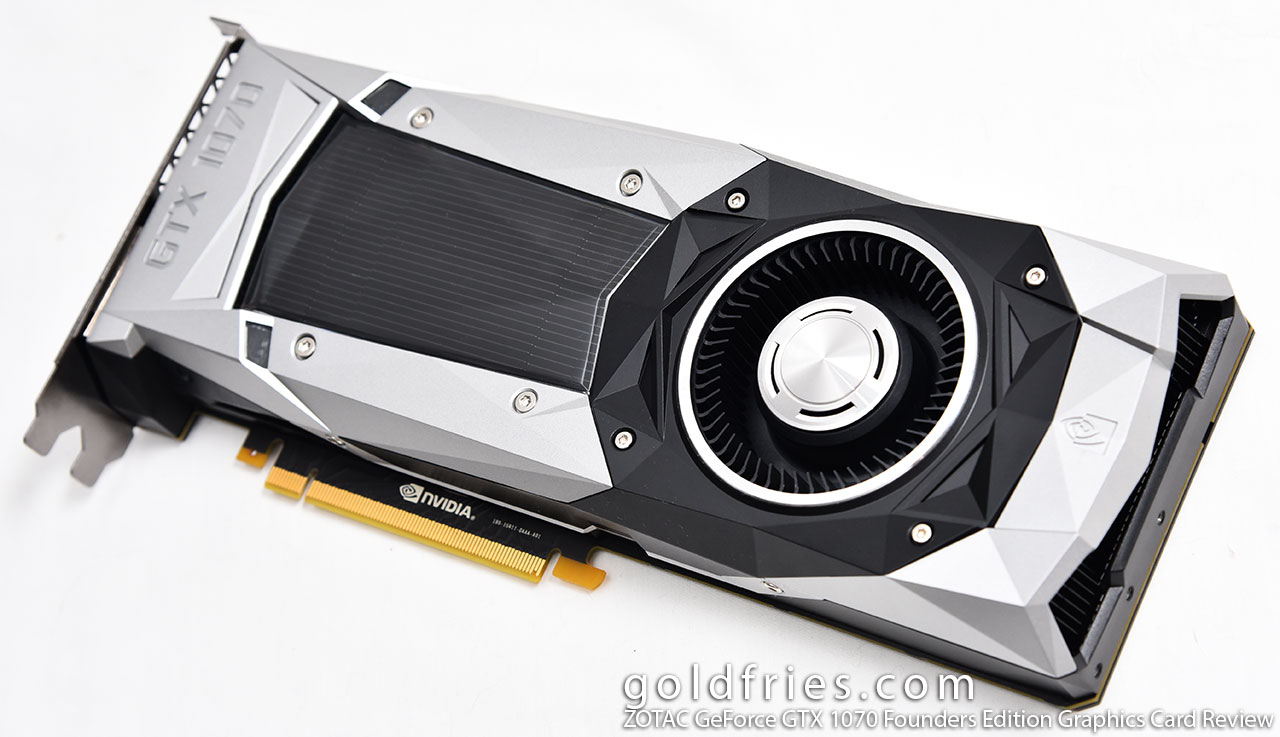 A closer look from the fore section shows that there’s an opening towards the front, no power connectors placed there. The blower fan cooler will intake air from the fore section and push it towards the back where the I/O panel is. 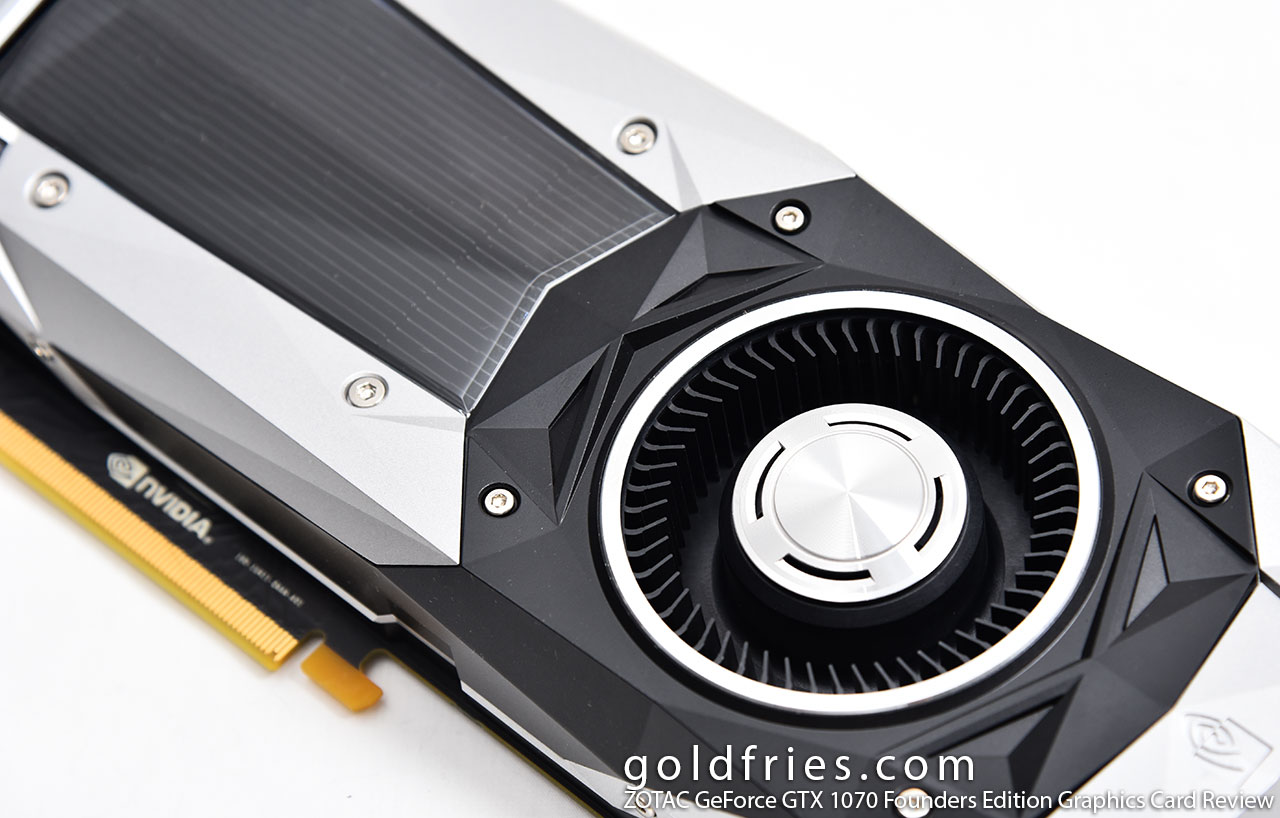 From the top, the GTX 1070 carries the signature GEFORCE GTX logo, it glows when powered on and its lighting behavior can be set in the GeForce Experience interface. 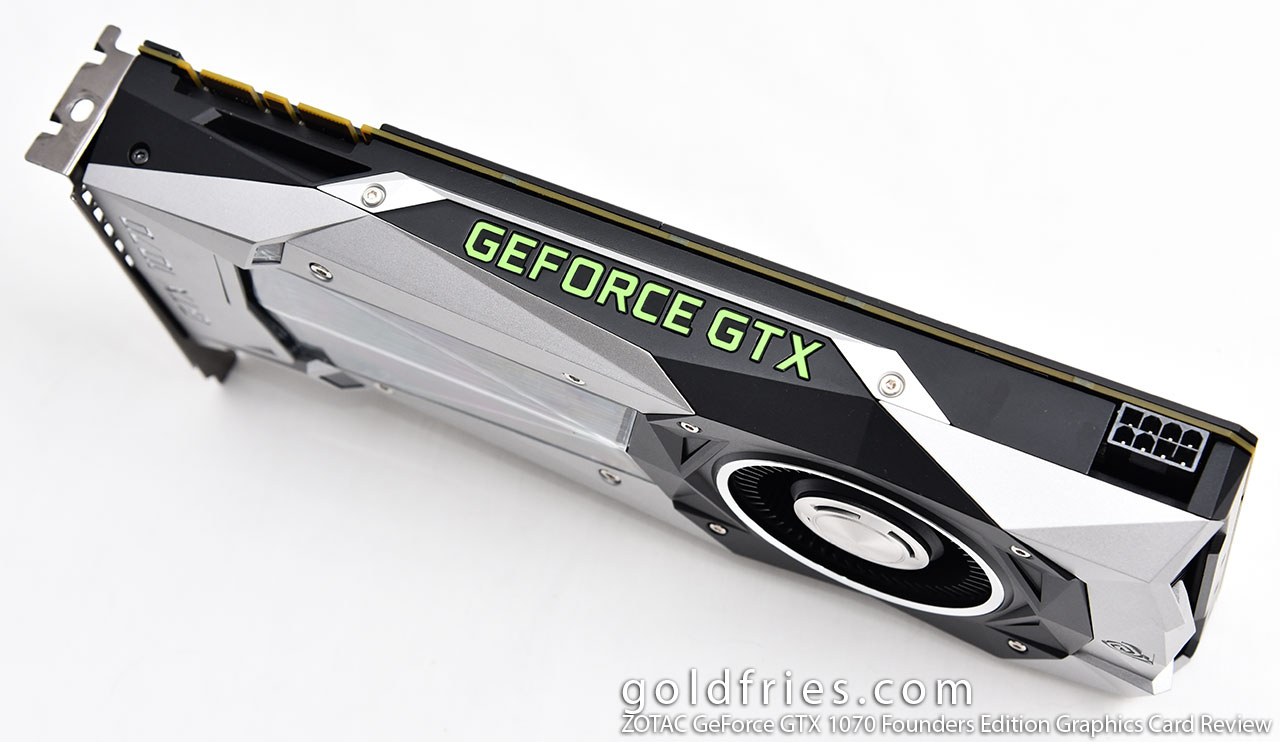 The GTX 1070 comes with SLI connector heads and as you can see there’s a nice looking backplate. 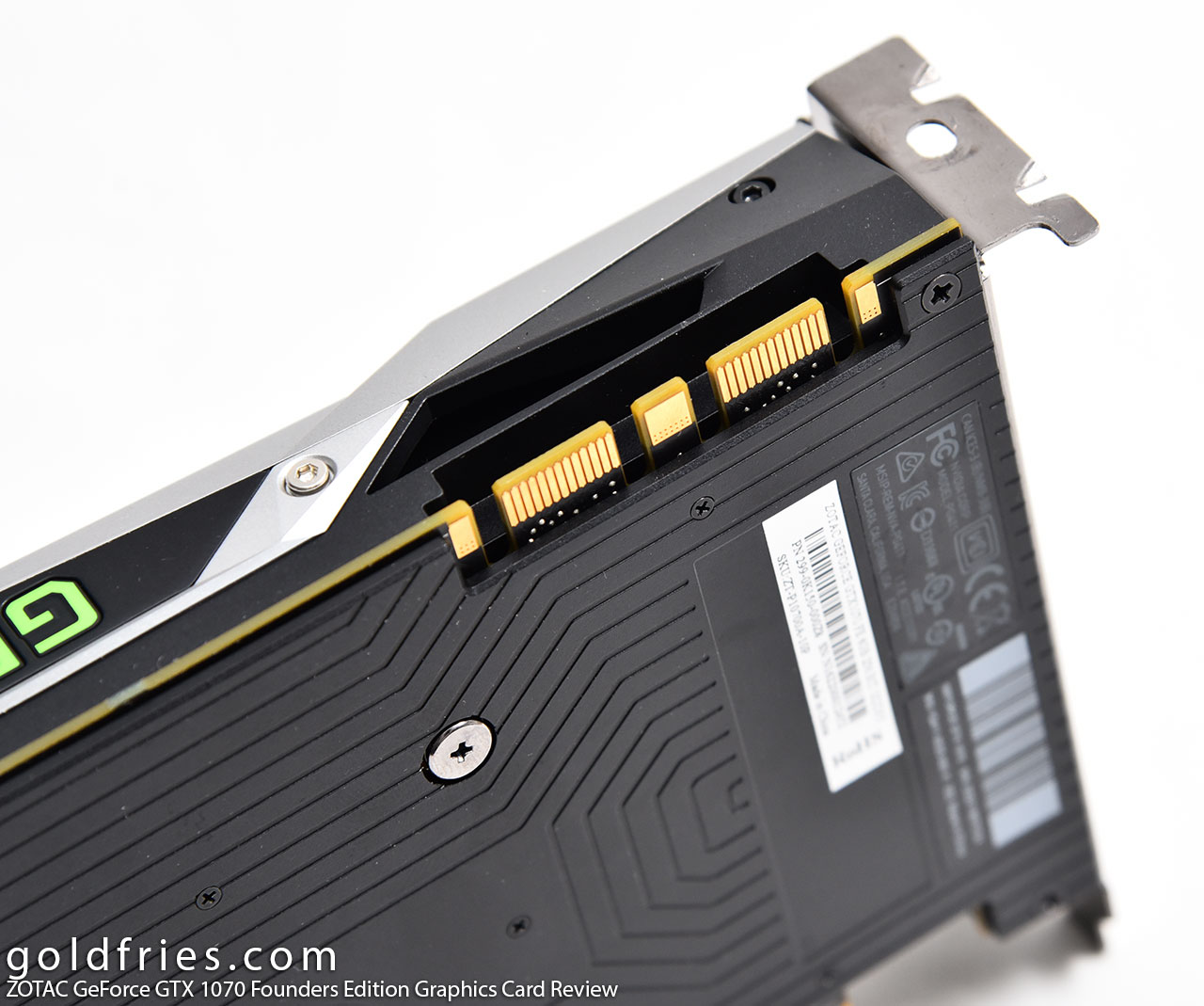 A backplate? Yes, unlike the reference cards of before the Founders Edition card now comes with a beautiful looking backplate. 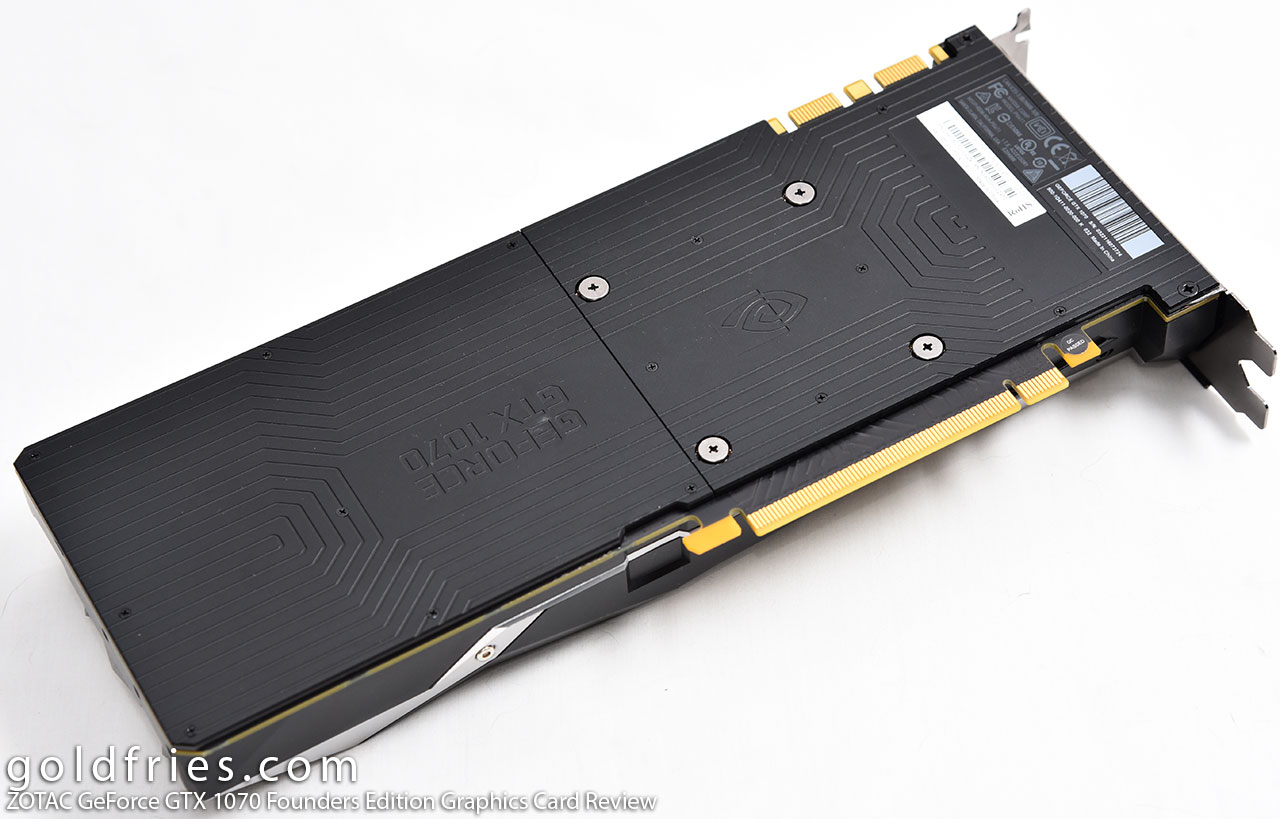 Here’s another view of the backplate, you can see GeForce GTX 1070 written there. 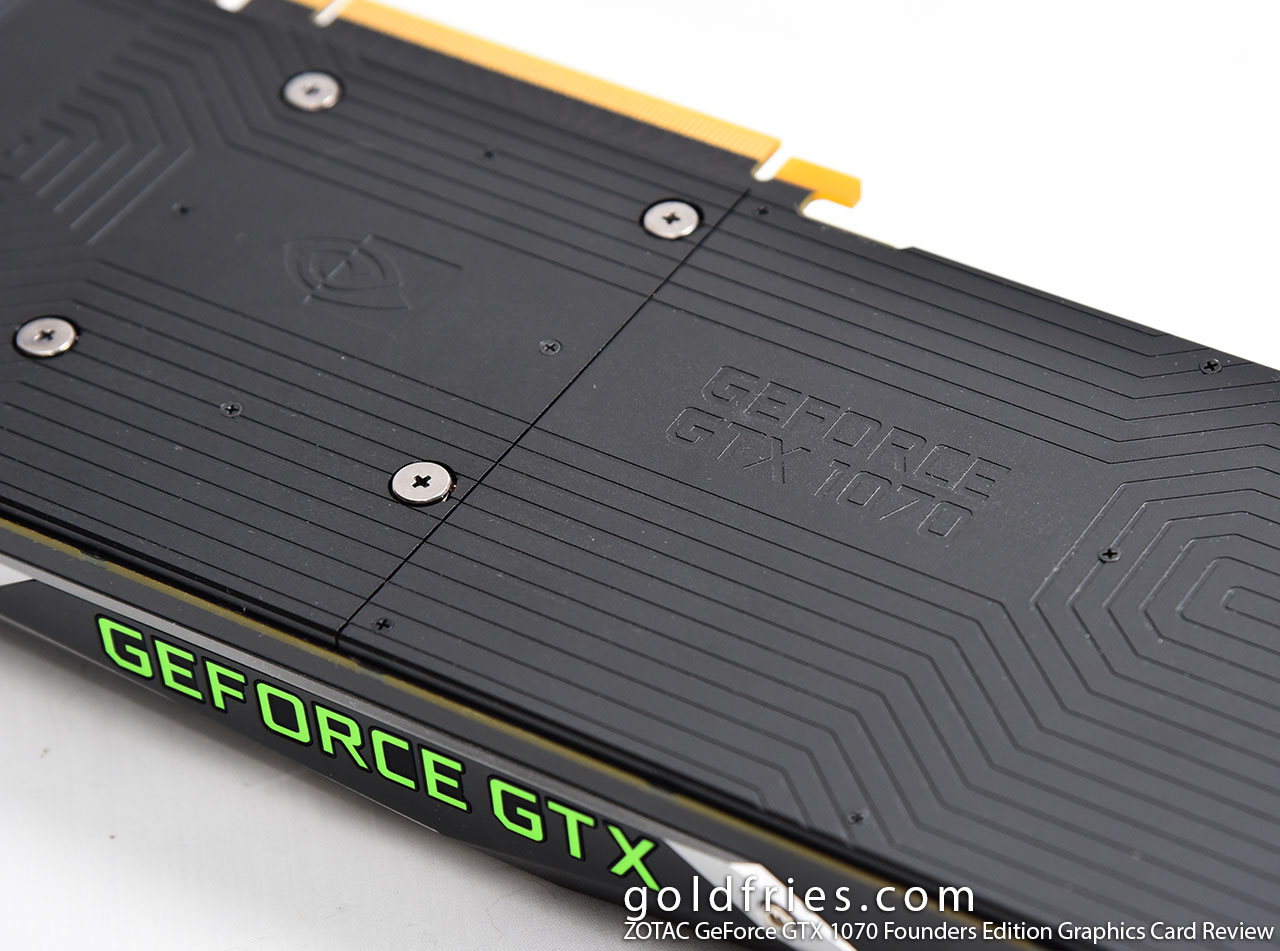 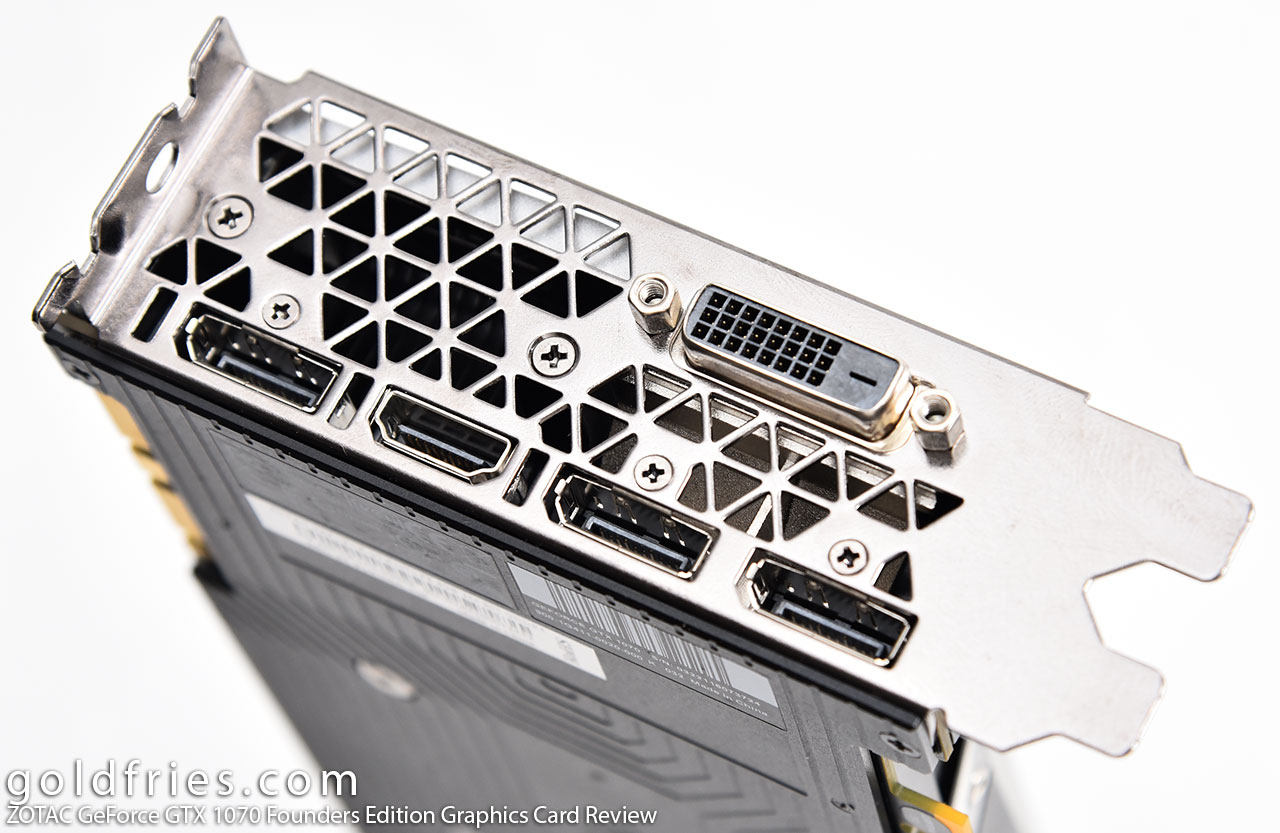 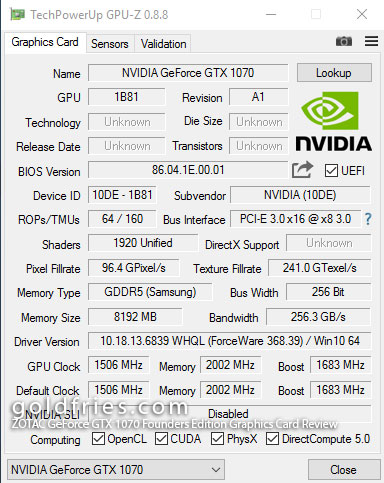 I managed to clock an additional 250Mhz to the core but it wasn’t usable through all the benchmarks, and I ended up settling with 230Mhz which is still a good overclock.

As for the memory I managed to add 250Mhz to it, making it 9Ghz in total.

The fan hovers at around 53% on AUTO settings where the noise level is quite audible, after all it’s a blower type fan.

Absolutely beautiful, based on my experience a non-reference GTX 980 Ti typically goes beyond 400W wall draw on Furmark test but the GTX 1070 here doesn’t even cross 300W, not even close.

With my calculation, it seems that unlike the GTX 980 Ti that consumes some over 250W power, the GTX 1070 under the same load just draws about half of it which is around 49%

The ZOTAC GeForce GTX 1070 Founders Edition (basically looks like any other FE card out in the market) is a beautiful card, nice cooling shroud design with backplate that makes it look even better. Overclocking headroom is good and performance gain is significant while still maintaining very low power draw. Based on my record the power draw is even better than a GTX 970! 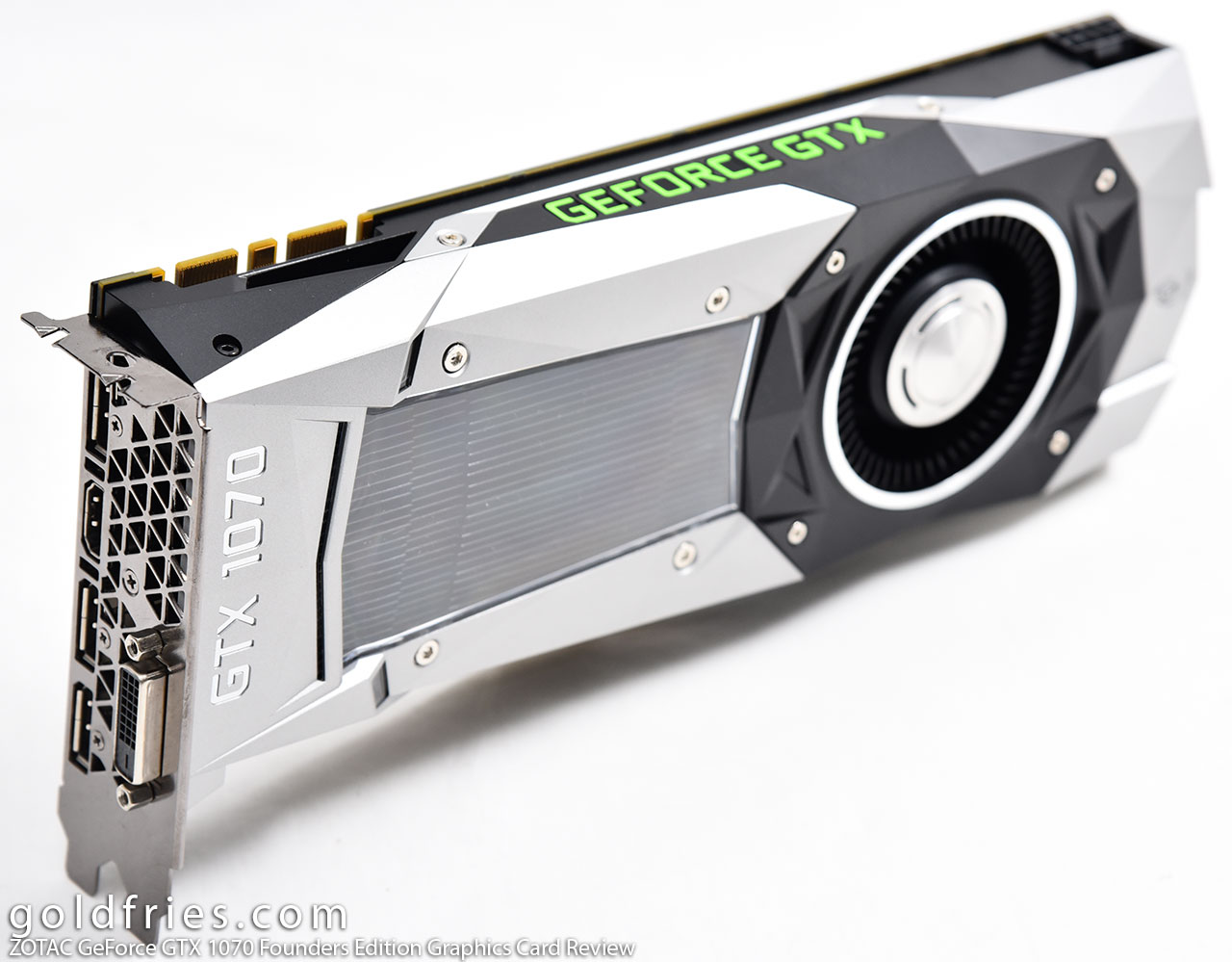