Just a notch below GALAX’s HOF GTX 980 is the new Super Overclocked graphic card. Wait, what’s this GAMER thing? I don’t see any GAMER stuff being part of the product packaging nor official product page. 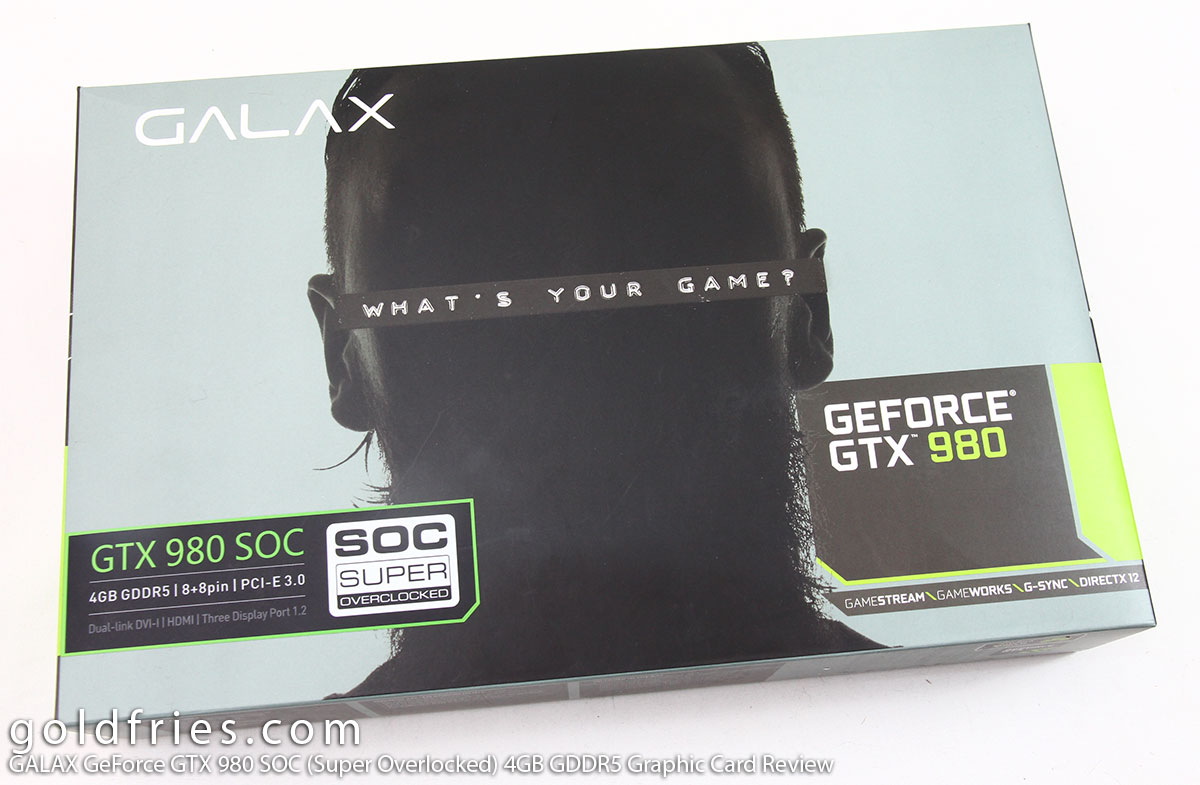 Well you’re right, it isn’t but it is there on the graphic card! GAMER is GALAX’s new product range, pretty much how like STRIX is to ASUS. Here’s the beautiful GALAX GTX 980 SOC card, it comes with a Tri-fan cooler with semi-transparent red-colored blades. Oh and where’s this GAMER thing I mentioned? Here it is, so when the card is installed you see GAMER instead of GALAX, just like how you see WINDFORCE on Gigabyte’s card. It’s a pity that the GAMER words are just slapped on the shroud like a sticker, it doesn’t glow like the GEFORCE words on nVidia’s reference cards. 🙁 Would’ve been great if it glows, and make it glow in red or white, lovely! 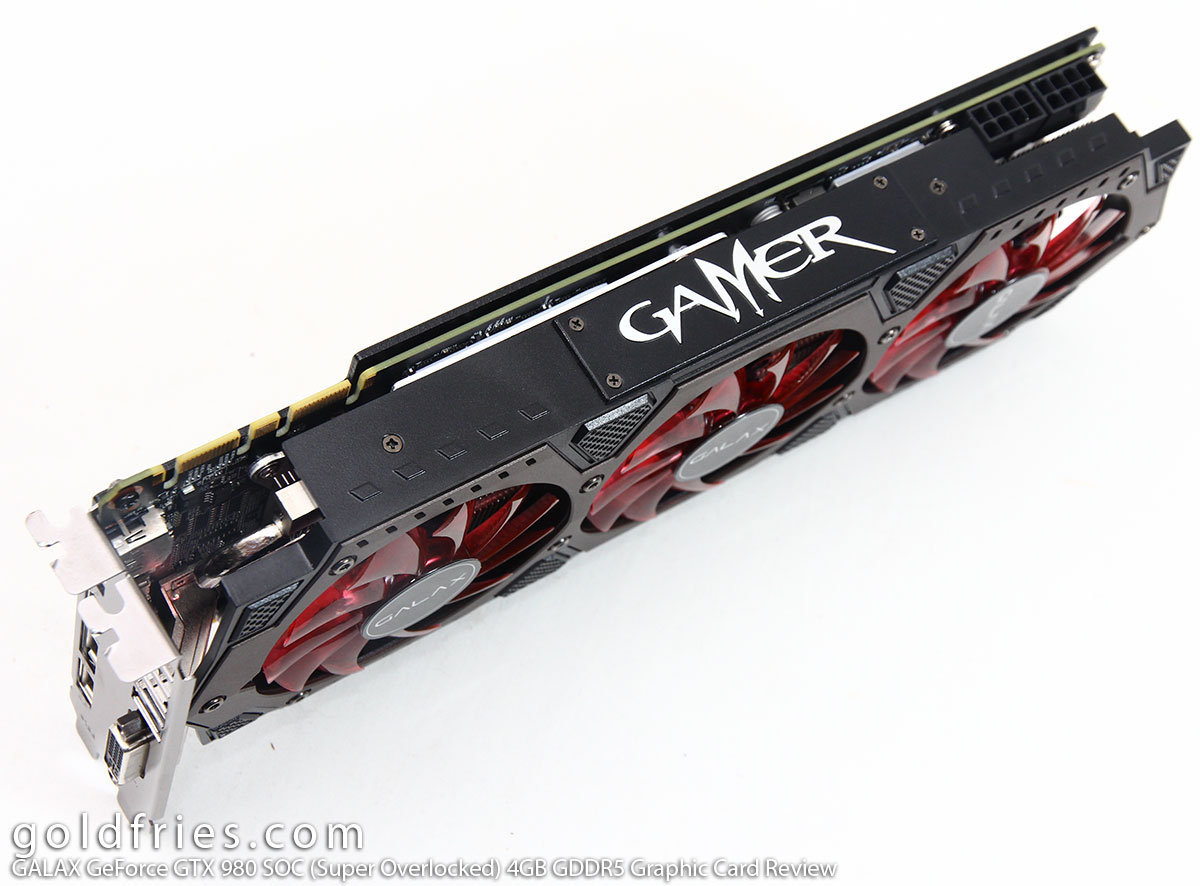 The GTX980 comes with a backplate, something I very much welcome when it comes to graphic card. Backplates are great when it comes to holding heavy cards in place to avoid bending, unlike other cards the GALAX GTX 980 SOC seems to be quite light weight. I you look at the earlier image, you’ll notice that the cooler isn’t huge, it’s long but it doesn’t go beyond 2 PCI-E slots’ width like cards from other brands, or like the HOF editions. From the bottom you’ll see the heatsink, a whole lot of fins but no pipes were visible, which is very unlike the GPU cooler from other brands. 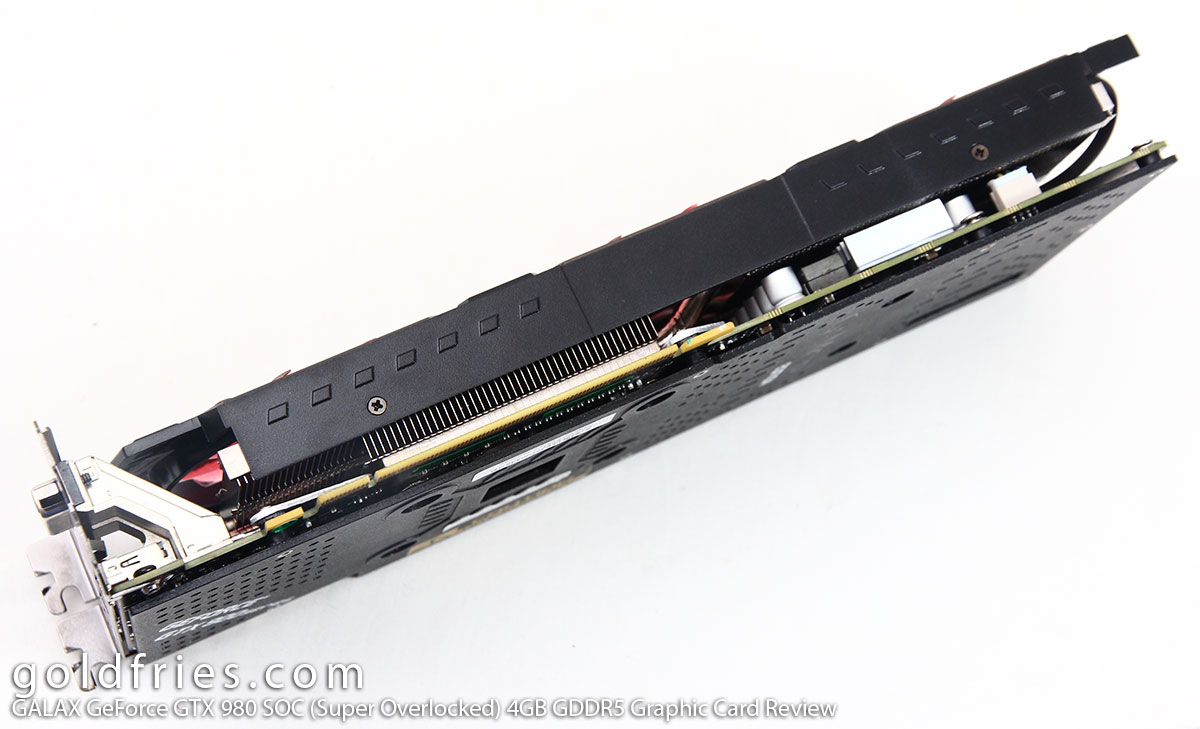 Lastly, the I/O connectors that speaks for itself. I’m glad to see that GALAX maintained a DVI port. 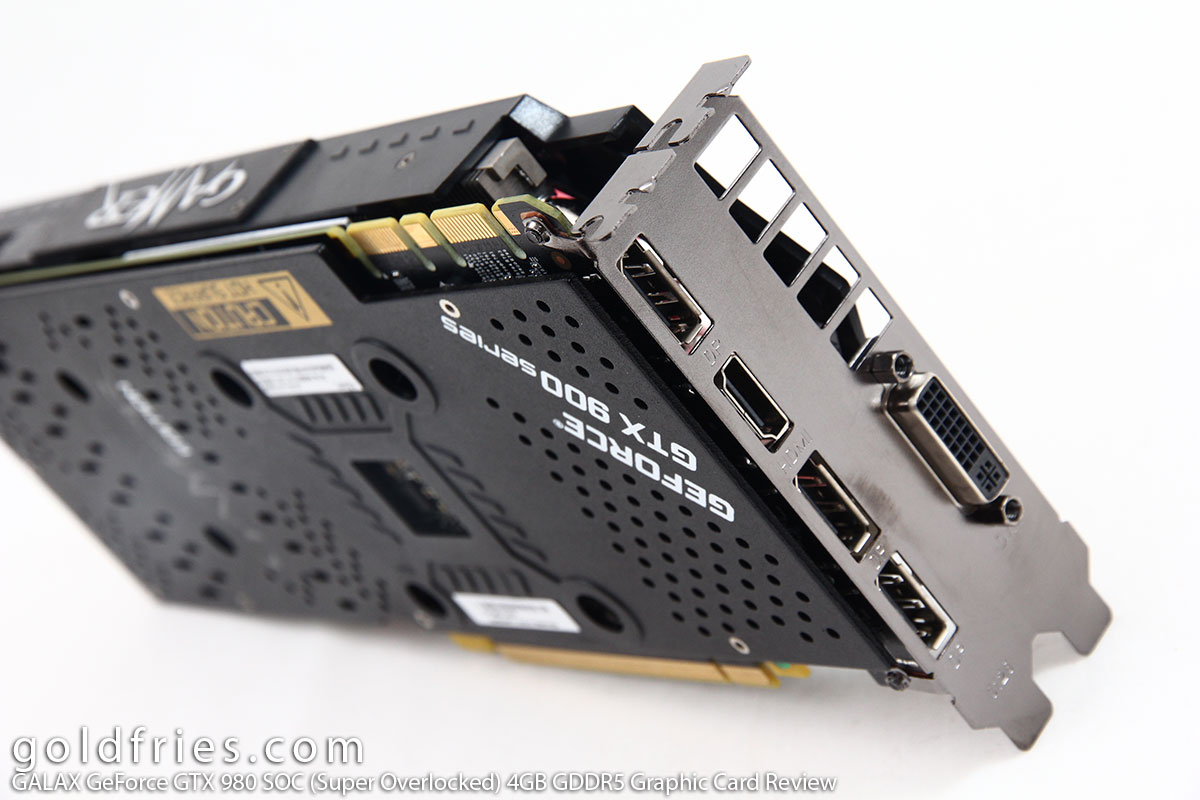 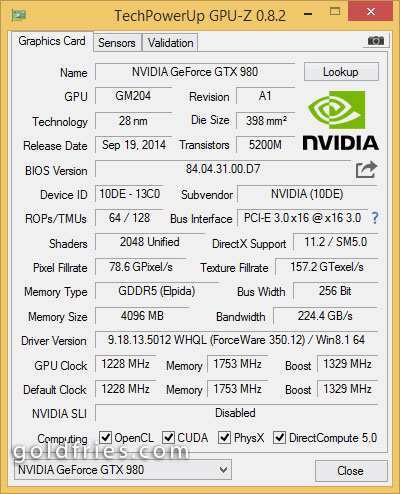 Despite being an already overclocked card, I decided to take it further with some overclocking of my own, no voltage pump. 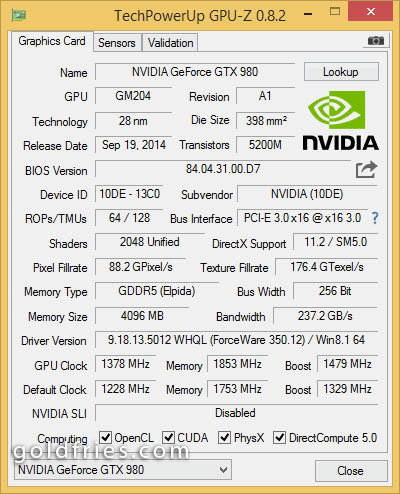 The fans run sufficiently silent when left at default, hovering at 72% RPM on load. Suffice to say that it’s quite noisy at 100% RPM and doesn’t improve much on the cooling at this point.

The stress was done with Furmark Burn-in Test.

GALAX GeForce GTX 980 SOC (Super Overlocked) GAMER Edition retails at slightly above RM 2400, a very good price point for a GTX 980 that not only looks great but performs well too with quite some overclocking headroom.

One thing I really like about this card is the slim nature of it, where the cooling system does not exceed 2x PCI-E slot’s width.