This review was made possible by Kingston 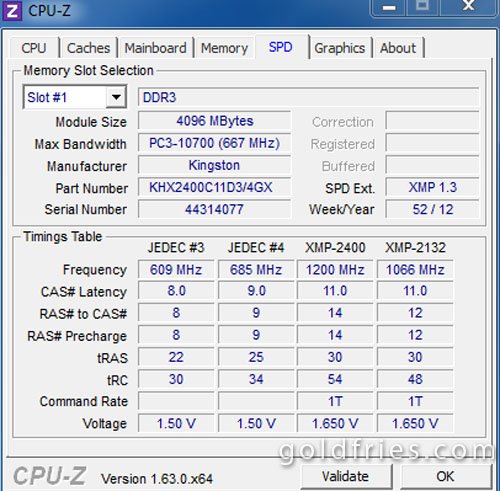 Not sure what happened, or why the board behaves as such but the RAM on Memtest86+ ended up showing DDR3 2800Mhz speed instead, not a bad thing because it does make it a lot easier on my side.

The initial test was on a single stick out of the 4.

After that, I did a same test on all 4 and once which it passed with flying colors.

No vDimm boost on the setup. It’s just a change of clock speed and RAM ratio. 5 hours of testing? Well I ran the test before going to sleep.

The following are the possibilties
a) the RAM could go even faster (Mhz) with the same setting.
b) boosting vDimm would push the speed (after hitting the ceiling on point a) even further
c) at the same settings, it is possible to run it at tighter timings.

Overall – it’s a great set of RAM for those who want to max out the speed of RAM. The RAM is currently available at Kingston shop at a discoutned rate of USD $198.00