Heading the pack of Intel’s new Haswell-refresh range of processors is the Core i7-4790K, which essentially is still the quad-core Haswell processor that’s built on Intel’s 22nm process technology but with a few changes. 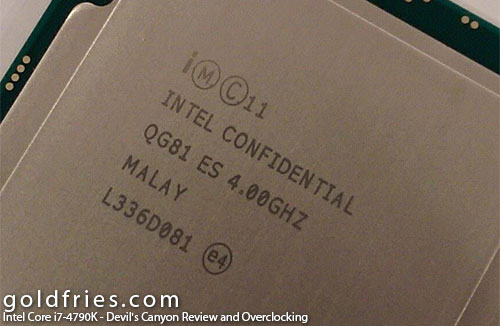 The DC range of Haswell processors come with improved thermal interface material (TIM) and this change could improve cooling performance. It also has added capacitors to the back of the processor to improve power delivery. 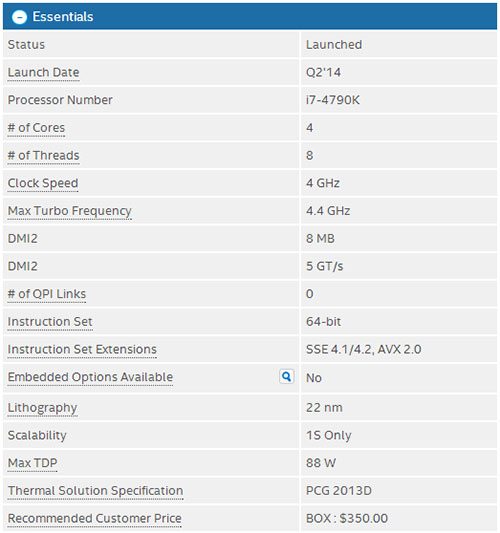 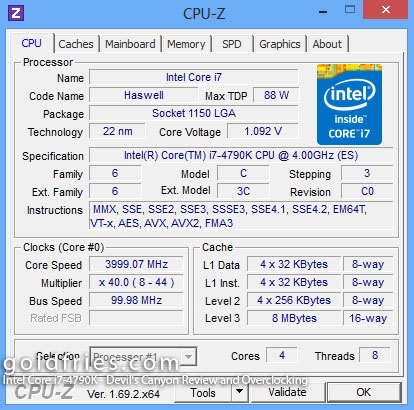 Here’s the CPU-Z details of my overclock. The Engineering Sample used in this review doesn’t seem to be one of those great overclockers. I’ve read other reviews on how they only managed to squeeze 4.7Ghz with 1.36 vcore – I can could reach 4.7Ghz but it will fail the test barely even halfway through, with temperatures barely hitting mid 80c. The ES here however is very comfortable at 4.6Ghz with 1.30 vcore.

I disabled turbo boost for the test, running all cores at maximum rated clock speed.

Sorry, no results from the other processors as they were done on an older version of Cinebench that uses different unit measurements.

Power Consumption measurement is based on readings taken from watt-meter. Power consumption is based on entire system, the FX systems are paired with the Radeon HD 6670 graphic card for video output.