AMD announced the Kaveri mobile APU last week, and they also said that they are bringing the FX’s processing power to the mobile scene as well – they weren’t kidding.

goldfries.com had the opportunity to test the FX-7600P Kaveri Mobile APU during Computex 2014, just a matter of days before the announcement came to being. 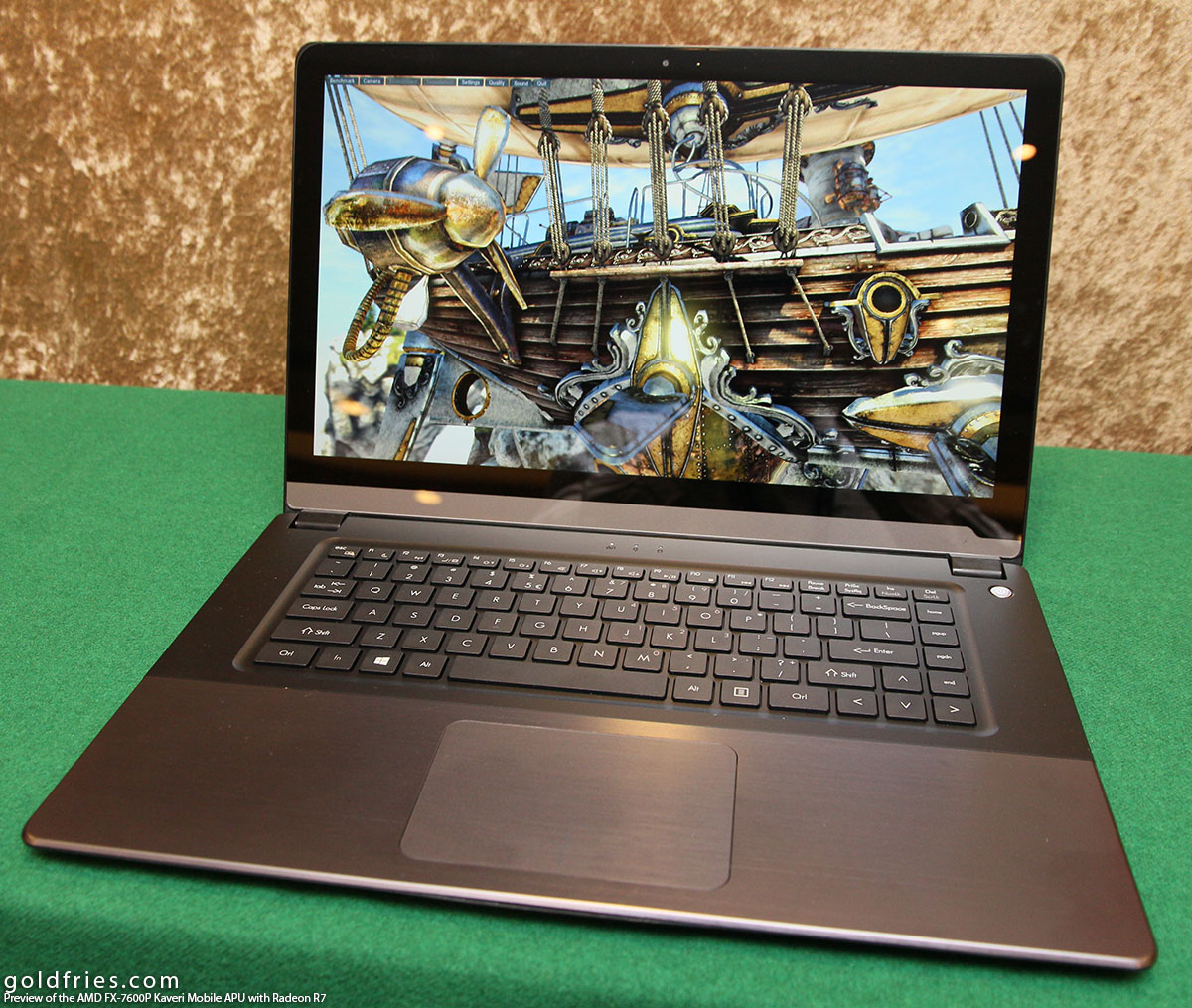 😀 Sorry it took me a little longer than expect to get this article released.

Firstly – what notebook is that? We don’t know, perhaps a Samsung but no details were given to us. It was a notebook just as it is but the overall build quality was excellent, and the notebook ran quite silent and cool despite the torture we’re throwing at them.

NOTE : As always, you may click on the image to view the larger copy.

Yup – WE as in the media people from around the world. 😀

Here’s the CPU-Z for the Kaveri Mobile. 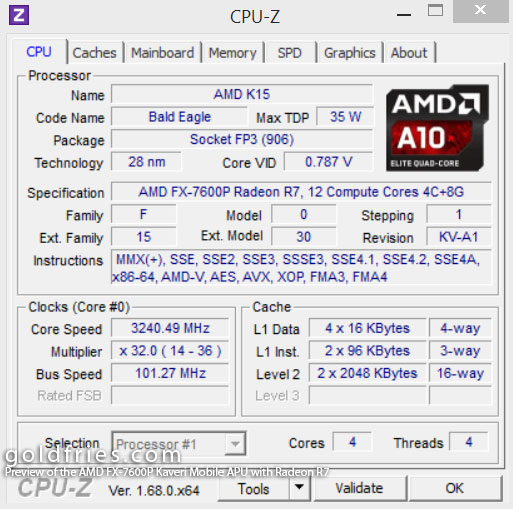 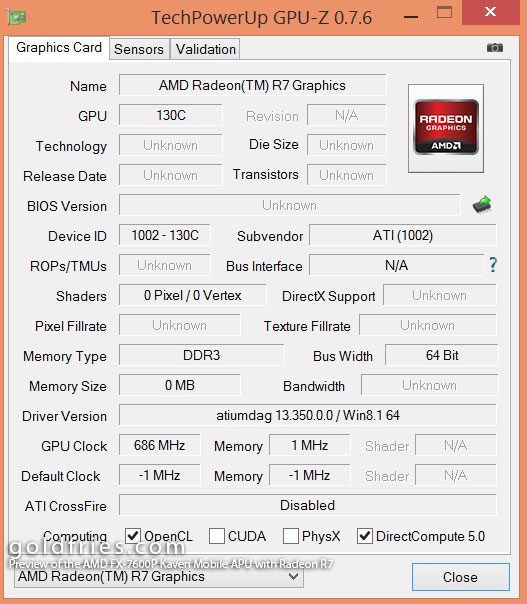 Catalyst Control Center did provide a little bit more information but that’s as far as it goes. 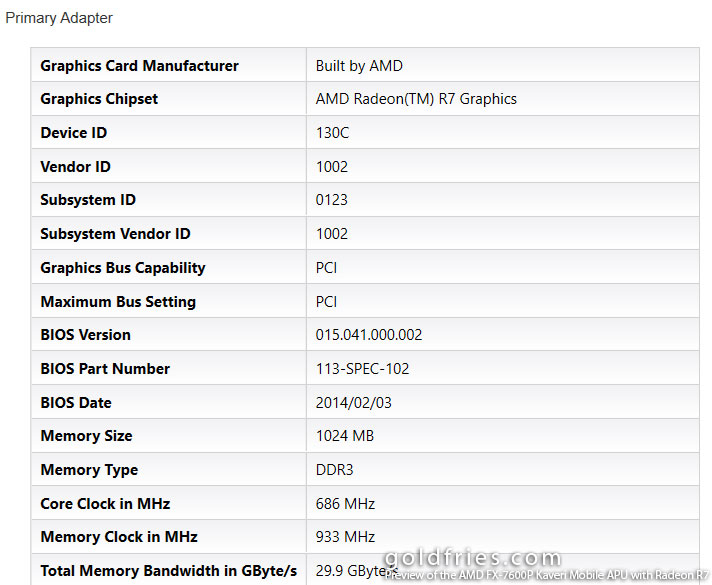 This notebook is sleek! Here’s the thickness of the notebook in comparison to the HTC One M8 (front) and the ASUS Transformer Book Trio at the back. Starting off – I use Unigine Heaven 4.0 🙂 I’m a techie, I go to tech event with the software I need to get the detail! With Heaven 4.0 it seems that the APU does a really good job running at HD and Full HD resolutions as long as the details are set to low. Setting it to HD would allow you to add some eye candy. 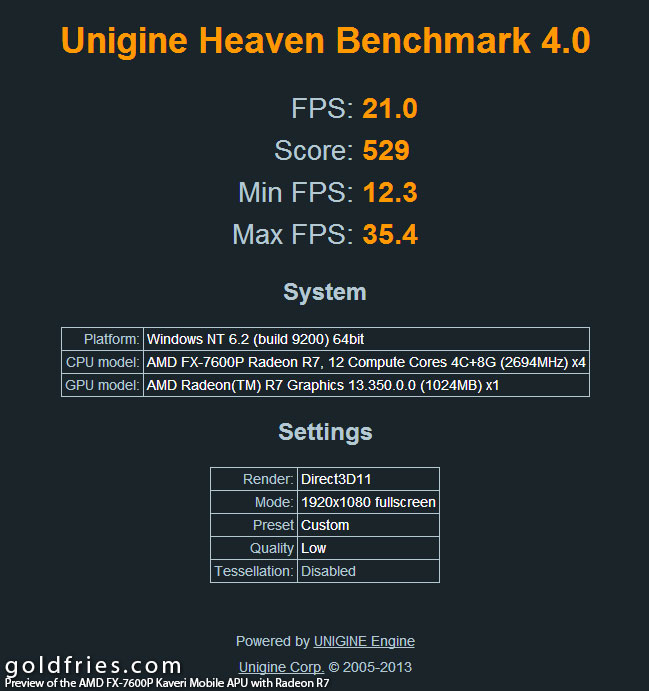 I did some load test on APU processing and GPU processing, turns out that the sensor reads from the same location so it’s at ~70c regardless of which area I stress.

And lastly – How about Battlefield 4? Rather than coming up with some numbers for you to view, I took the liberty (and suffered myself) to play the game on this notebook with a touchpad! Yup, after a little bit of tweaking of the key bindings, I got myself into the game to only perform at around 98% of my actual capacity to please bear with my sub-noob performance on the video.

The game was running at Full HD resolution and all details set to low. I had FRAPS running on the background and you can see that the numbers hover around the high 20s for most part of the game and it’s certainly more playable than a lot of other notebooks out there that couldn’t even run at such settings.

It’s actually the most COMPLETE mobile computing experience I have. The notebook isn’t huge but it was cooling throughout the session, suffice to say that the APU is running at low enough power that the even a compact system is able to keep it from being a coffee warmer.

The notebook itself is of a 14″ display and the APU kept up with the delivery, one can’t be expecting Desktop Gamer PC performance here but for a mobile system it works out really well.

Now – when will an actual unit be reaching my lab? 😀 I hope it’ll be really soon.