You’ve seen the design before, you’ll see it again as it’s ASUS’ awesome DirectCU II custom cooler just as the one found on cards like their Radeon R9 280X and other models. 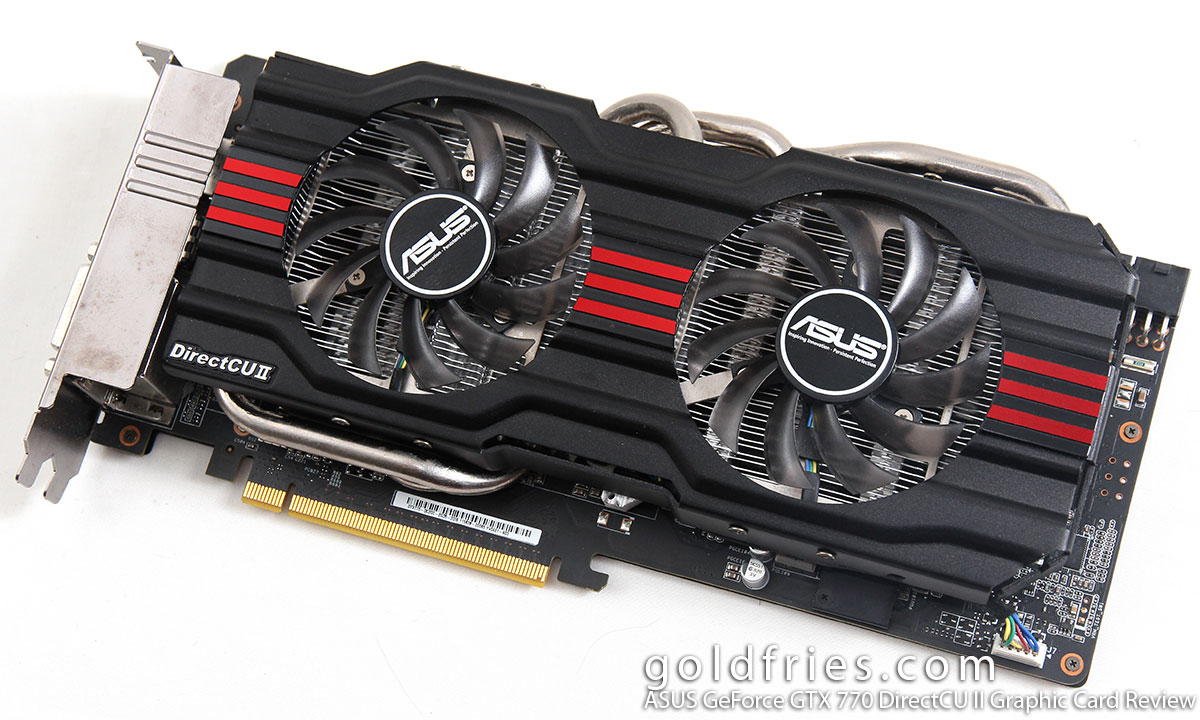 The GTX 770 is a power hungry card, with nVidia’s reference TDP for the GTX 770 GPU being 230W so an 8pin + 6pin PCI-E power connector is required for operation. 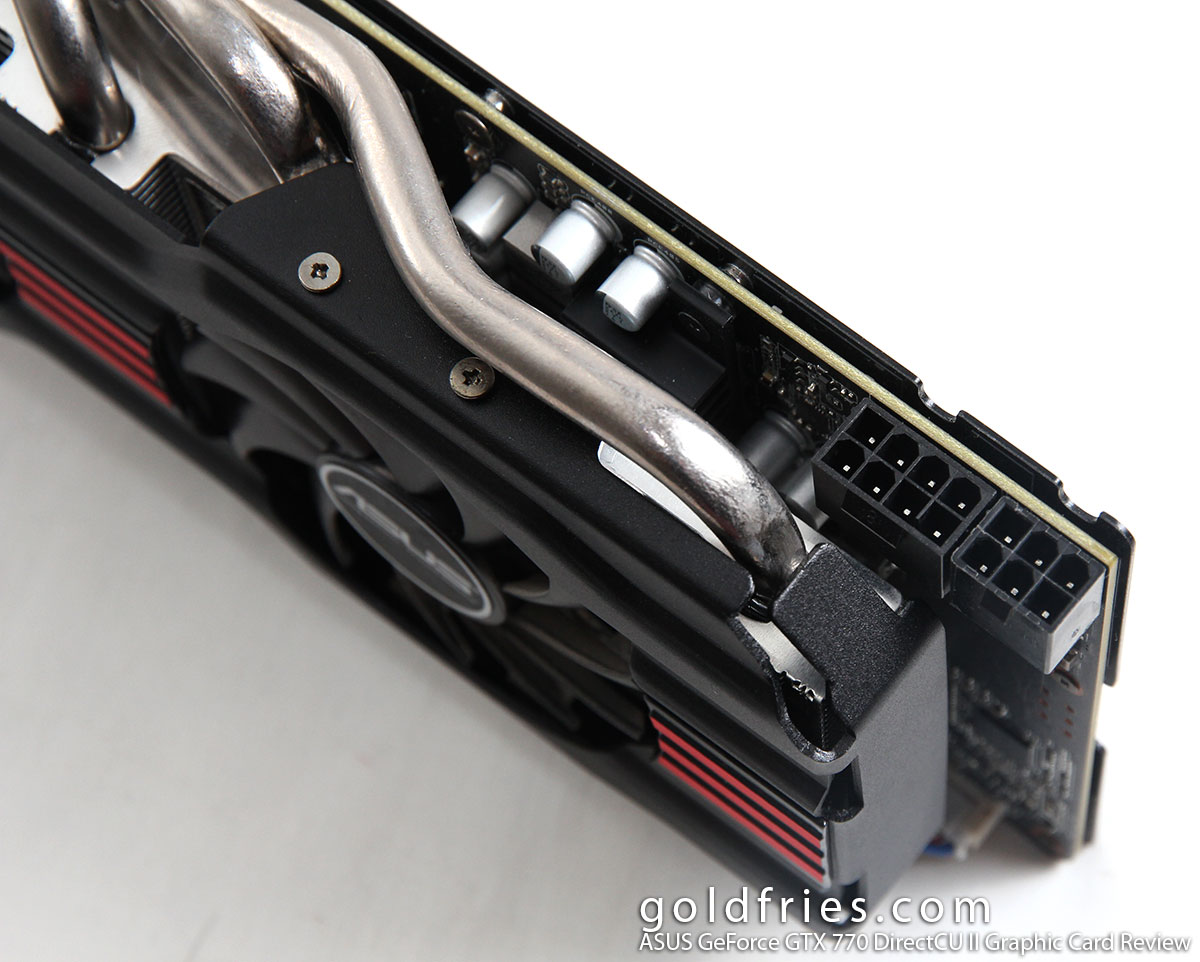 I/O panels. I need not elaborate on this. 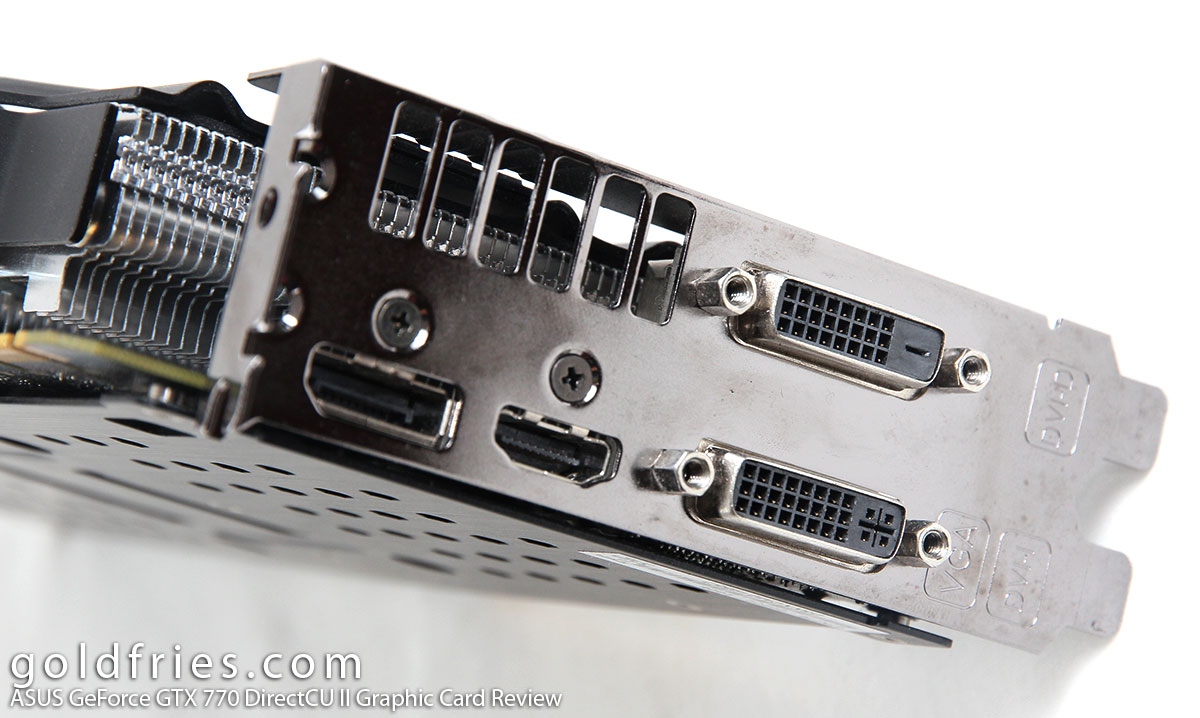 The neat part about this card is that it comes with a back plate which I think is a MUST HAVE for cards with heavy custom coolers. 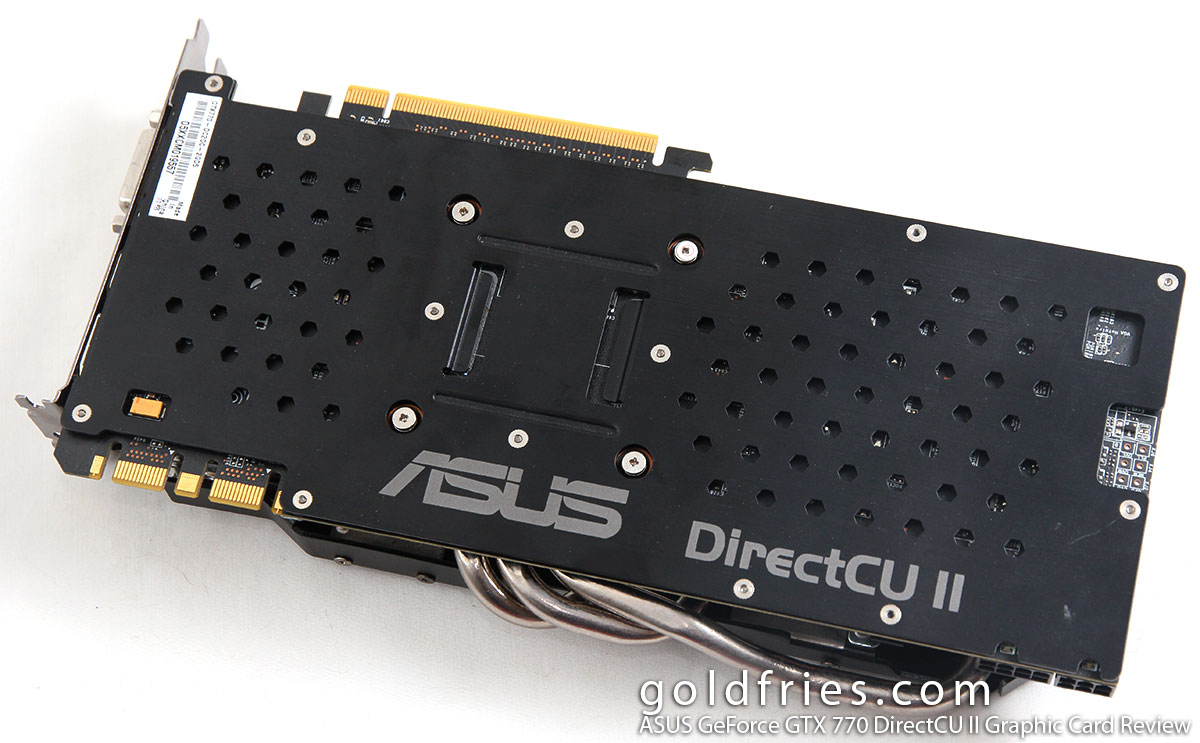 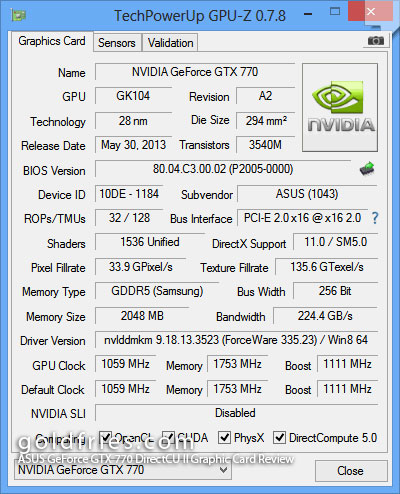 Strangely the average framerate remains at 58.4 despite vsync disabled. The maximum framerate was certainly beyond that but I’m just surprised to see the same figure as the one on GTX 760.

The ASUS GTX 770 retails at RM 1350, which certainly isn’t cheap but it’s the best quality nVidia based graphic card out there based on ASUS’ track record in product quality and not forgetting also the 3-year warranty.

To add to that, there’s other nVidia goodness to it like Shadowplay and Gsync technology, just to name a few.

If you have no preference towards nVidia, there’s always the cheaper ASUS R9 280X DirectCU II Top at RM 1,199 (price dropped!) and the less powerful but better cooler-ed ROG Striker GTX 760 with 4GB GDDR5.