The BenQ EW2440L is an unmistakable beauty in black; with both glossy and brushed finish at the base, to the near bezel-less frame. 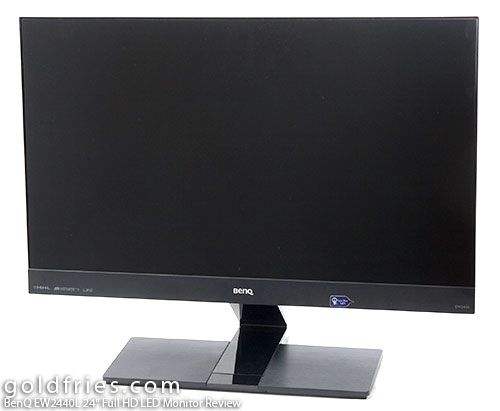 Just how good is this monitor that boasts Eye care features such as Flicker Free and Low Blue Light? 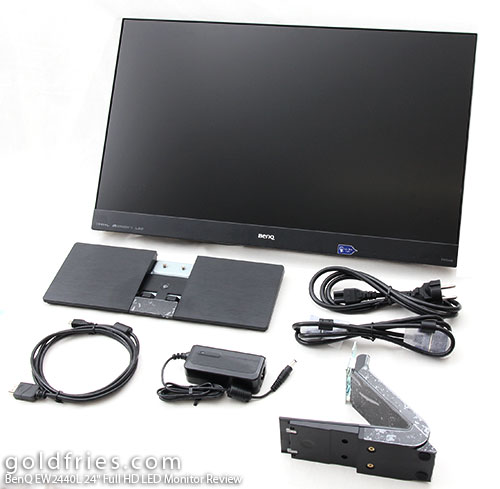 BenQ is pretty generous with the content, to bundle along a VGA and an MHL cable. No HDMI cable by the way, I wish they did include that though as HDMI cable is currently the most used display connector for computers. MHL wouldn’t work with computers and VGA just doesn’t do justice to the monitor.

Speaking of near bezel-less frame, here’s what it looks like, this is definitely the one of the best monitors around to use in AMD’s Eyefinity setup. If only I have 3 units to actually do a demo. 😀 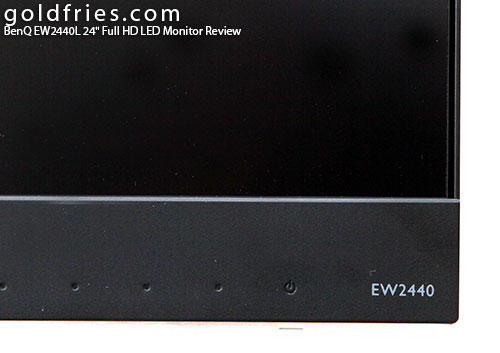 See those dots along the same row as the word EW2440? They’re the touch sensitive areas for monitor adjustments, no buttons involved in this product so there’s no need to worry of button mechanical failure.

Front interface aside, here are the I/O connectors at the back. 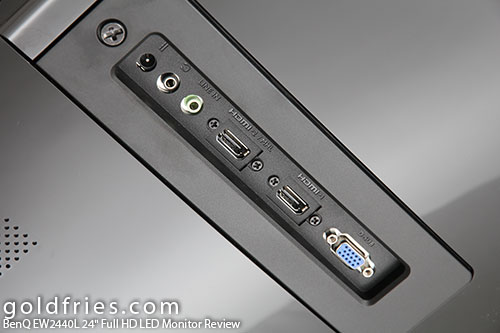 The monitor also comes with 2x 2w speakers placed at the back. 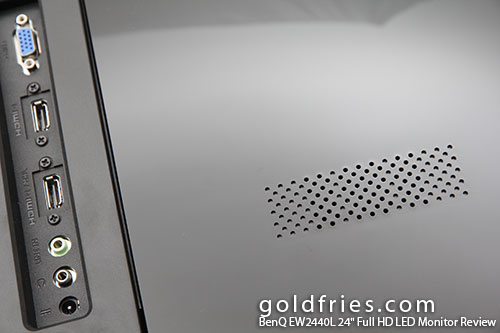 The base also comes with a mobile device holder, pretty neat but it won’t work well if you’re using some huge casing like the OtterBox Defender. 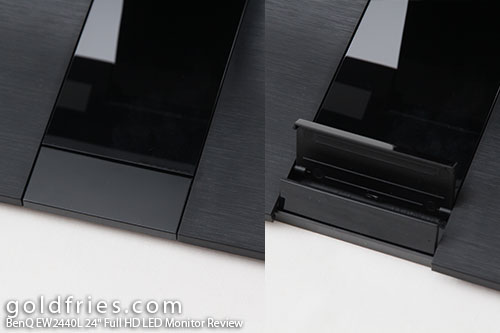 The MHL cable also serves as a charger but I was informed that whether or not the charging takes place depends on the device used.

On another rather interesting note, the unit with my shows the interface in Japanese. It’s a good thing I can understand what I see, changed it to English as soon as I could. 😛 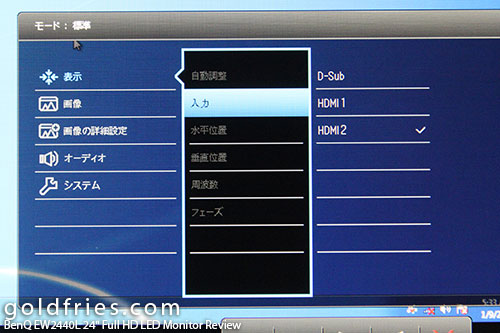