Stunningly gorgeous, the ASUS ROG Striker GTX 760 is a fresh look, straying from the usual Direct CU II designs by having more edges and lines. 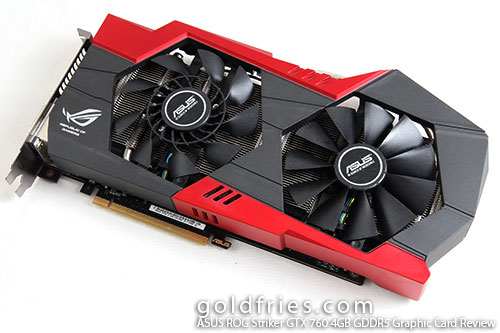 Unlike the Direct CU II design, the Striker’s heatsinks shows very little of the heatpipes at the top and no heatpipes are visible from the bottom. 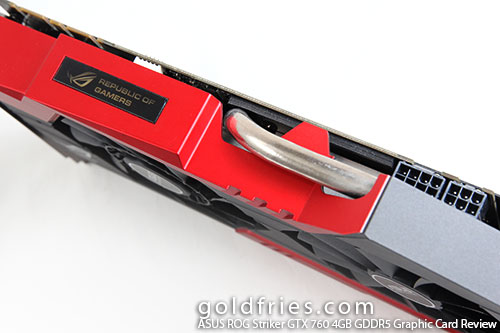 The Republic of Gamers text on the shroud lights up based on load, and there are red colored trims at the back of the card as well, matching the ROG Maximus VII‘s color scheme very well. 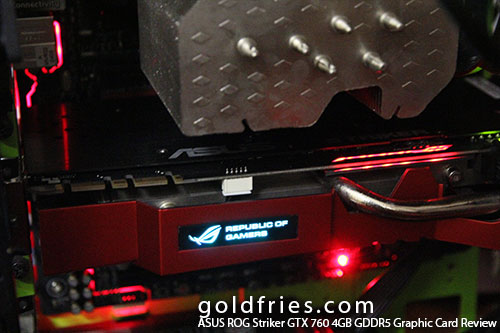 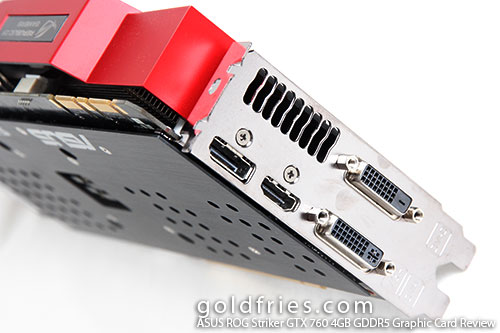 The Striker GTX 760 also comes with a back plate. 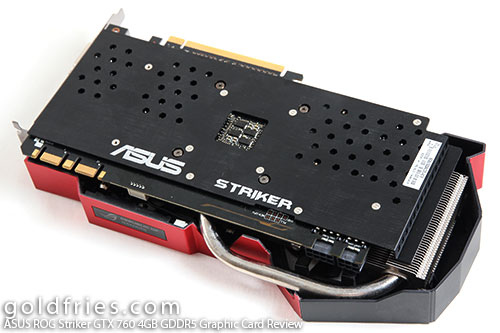 And here’s the Striker GTX 760 when viewed next to an ASUS Radeon R9 280X DirectCU II Top, which is a heavier card among the 2. 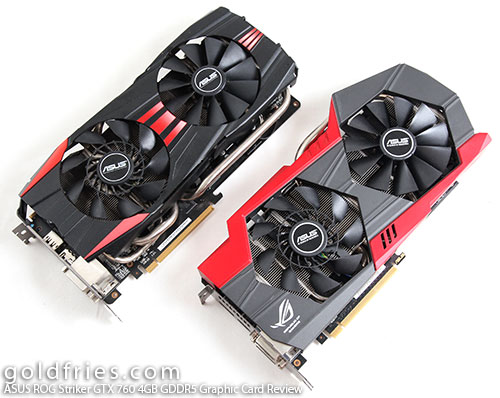 One thing I’d like to highlight is that the cooler on the ASUS Striker GTX 760 Platinum IS actually part of their DirectCU II cooler range. 🙂 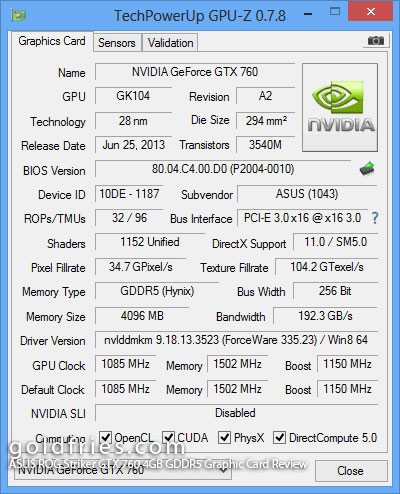 Last year I was wowed by the MSI GTX 760 Twin Frozr but the ASUS Striker performed even better, and that’s additional WOWs for ASUS.

The fan on AUTO mode barely goes beyond 40% RPM load and worked even better than the MSI’s version on full load.

The ASUS Striker GTX 760 doesn’t come cheap. It’s RM 100 short of what the ASUS R9 280X DirectCU II Top is selling at and it’s a lot more expensive than the other GTX 760 out in the market.