Universal coolers can be quite useful, especially if you have components that works better in cooling environment. What components exactly? 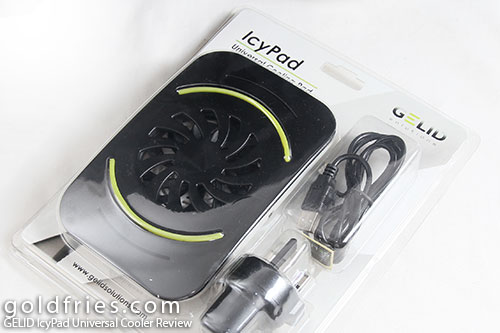 The IcyPad is a simple product – it comes with a base with an 80mm silent fan inside, and it can be powered via USB ports or via an adaptor. 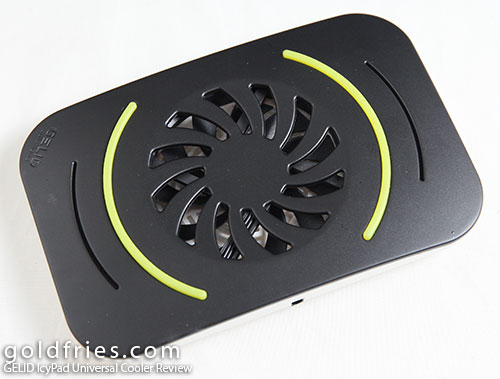 Not surprisingly, this is what the product looks like when fully assembled. 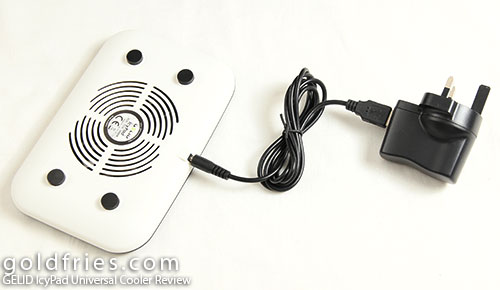 And just how big is this IcyPad? It’s much smaller than an 8″ Tablet. 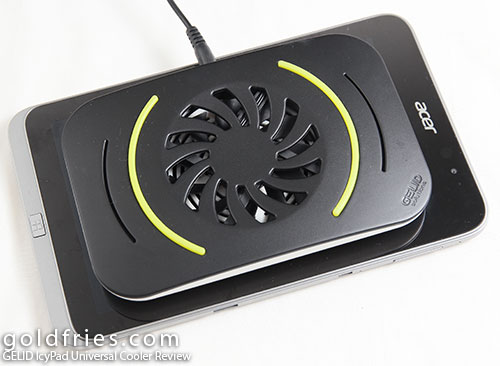 The IcyPad is great for devices like routers, modems and Internet Media streaming devices.

I’m sure many of you have come across situations where a product stops functioning (shutdown, breakdown, malfunction, whatsoever) due to overheat, a product like IcyPad could help solve the problem without you coughing up more money for a replacement unit that may not be running optimally as well.

Does the product work? Yes it does, while a tablet isn’t a good way to test, the IcyPad does show that it can does provide airflow for better cooling. I tested it on the Acer W4-820 8″ Tablet but running some media encoding software on it and the temperature seems to rise at a lower pace when the tablet is on the IcyPad.

Bear in mind that this is only a test, I do not have the a router that supports hardware temperature monitor and stress test. 😛 No one actually uses a tablet placed on a cooler, it just uncomfortable and besides, I’ve not come by any tablets that overheat.

The fan runs silent but not as silent as I hoped for, think of it as a very low noise that most people wouldn’t be bothered with.

The GELID IcyPad retails at USD 12 (approx RM 40). The build is good and its low profile means that it doesn’t occupy much space. Besides keeping your devices cool, it can also prolong the operational lifespan as heat build is far reduced.