The Ceres-500 is a cost effective headset that works not only with computers but also with consoles as well, if you’re running dual gaming setup as such then this headset could be the one for you. 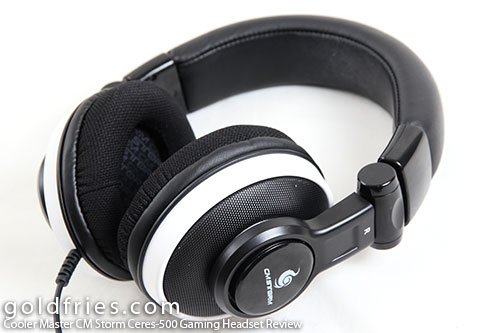 The Ceres-500’s design is of black and white schemed, with the white part being a large circle on the ear piece.

The ear piece definitely felt bigger than the ones on the Pulse-R as it covers my ears almost entirely, while the Pulse-R’s piece is resting on my ear flap. Cooler Master claims that the mesh ear cups make it breathable, this is true but the noise isolation is very much reduced and it also tends to trap heat and sweat.

The ear piece also folds 90 degrees outwards for storage or for resting on flat surface, that also mean it can adapt to the contour of your head very easily. 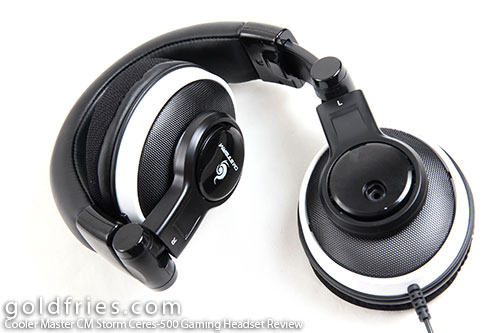 The Ceres-500 also comes with a controller, and on the controller you have the option to switch between PC and Console. 😀 I think this is the selling point of the Ceres-500. 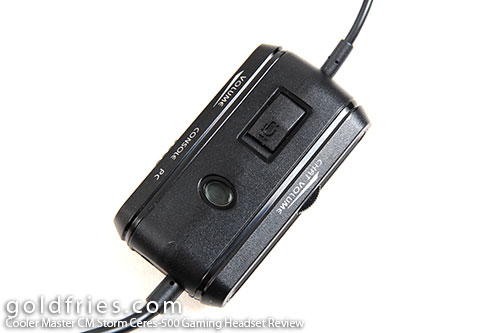 Cooler Master bundled RCA connectivity cables for connecting to the console devices, and a separate mic unit is also included as part of the package – attach it only when you intend to use it.

I’m a huge fan of the CM Storm’s Pulse-R headset that costs 50% more than the Ceres-500. I compared them side by side and what surprises me is how different they are.

The Ceres-500 is able to go louder than the Pulse-R and by default comes with higher mid tones and treble frequency but losses out on the bass by quite a margin. To put it in layman’s terms – I hear more sharp sounds (like sound of blades) and less boom boom (explosions) when I’m playing games.

Comfort-wise, I think the Ceres-500 is good but it’s not as great as the Pulse-R as the mesh covered ear piece cushion meant less stellar noise isolation, and it traps heat and sweat.

The Cooler Master CM Storm Ceres 500 retails at RM 199, which is a lot cheaper than the Pulse-R (costs over RM 300) and it can output louder than the Pulse-R. The unique selling point of the Ceres-500 is its support for consoles.

I don’t think the lack of bass in the audio department is a bad thing as one could boost bass with software equalizer.