Intel Malaysia launched the new Haswell-based Intel Core processors just yesterday, and today – we have the Core i5-4670K with us. 🙂 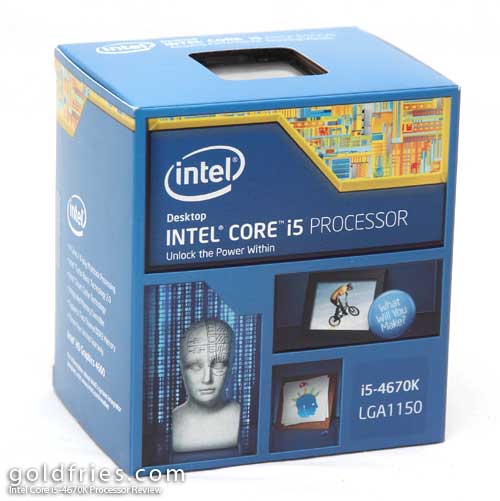 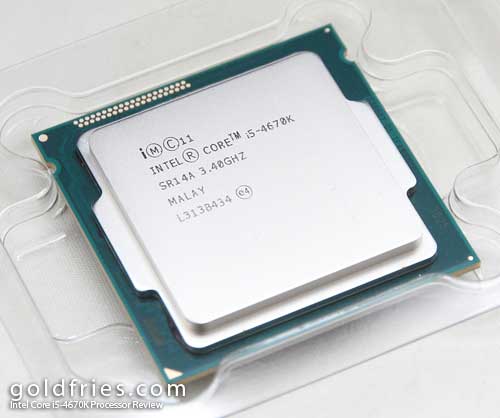 And the stock heatsink, no different from the heatsink seen with previous generations of Core processors. 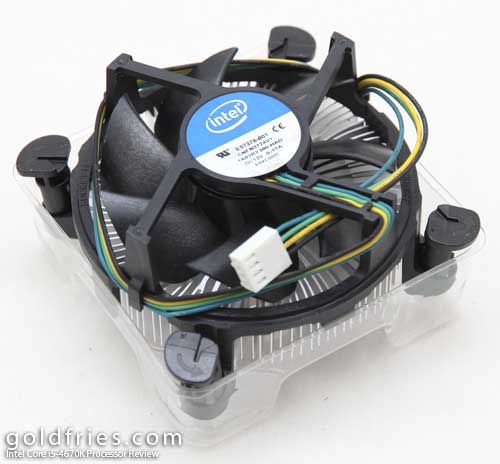 And here’s the CPU-Z of the processor itself. 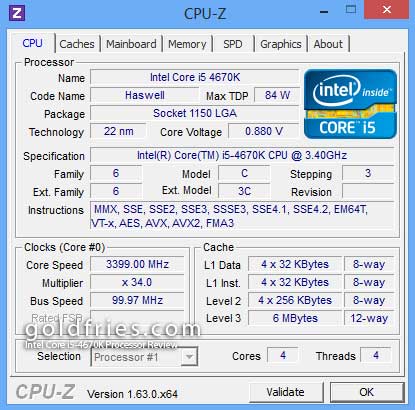 Details of the processor at Intel ARK

This time around – we compare them with 5 other processors (yes, 5!!!) just to see how the Core i5 has progressed through the generations (Sorry, no 3rd gen i5) along with an i7 and the similarly priced AMD FX-8350, and the older X6 1100T that’s around the 2500K’s performance.

So as you can see – the Core i5 steadily progresses through the generations. The AMD processors take the lead (especially the FX) when it comes to tasks that take advantage of many cores.

In goldfries.com’s controlled temperature environment, the processor idles at 30c and peaked at 61c on load.

Paired with the Cooler Master Seidon 120M – I attempted to overclock (as usual) however I didn’t get what I expected. Even with 0.05 vcore added to the settings, the best I could reach was 4.3Ghz where I could still enter Windows 8 but fail halfway through video encoding.

From this failed attempt, I foresee that the stable speed with my 0.05vcore added setting would be around 4.2Ghz. Heat is not a problem, the processor doesn’t even touch 70c on my overclock. Another possible hindrance would be Windows 8 which I found it to be very picky when it comes to tolerating overclocks.

Interestingly, I got 4.2Ghz easily with my Sandy Bridge i5-2500K. That said, a 4.2Ghz Haswell Core i5 would still be faster than an Ivy Bridge / Sandy Bridge 4.2Ghz.

UPDATED : With a bit of efforting in meddling with the UEFI, I managed to get the processor to 4.3Ghz stable! 🙂 Not bad at all.

The Core i5-4670K is yet another solid processor from Intel, currently priced at around RM 720. On the downside? You have to change whatever board you’re using to an LGA 1150 board. It should last you at least 2 generations of Intel processor ………… well, hopefully.

2013-06-21
Previous Post: Launch of Beats Pill Wireless Speaker from Beats by Dr Dre
Next Post: Why I Love To Photograph Figurines