Coming from a brand that stood the test of time when it comes to CPU cooling, the SilverArrow is expected to perform admirably. 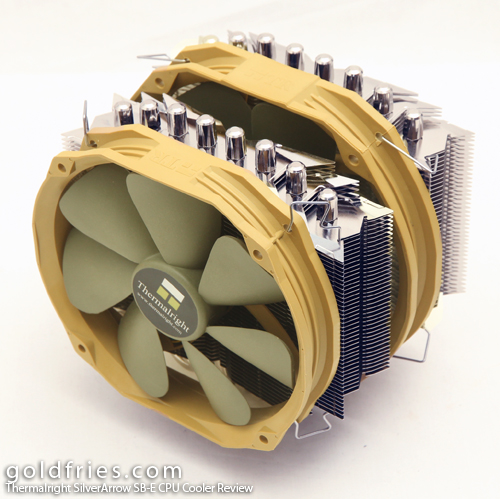 Here’s the view of this giant from a lower angle. 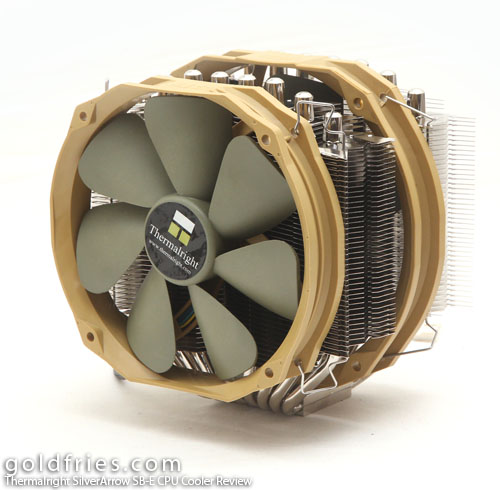 The SilverArrow SB-E comes neatly packed in a huge box. 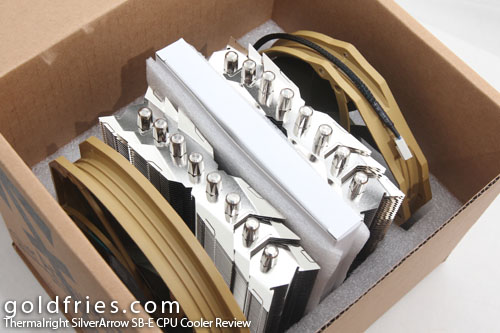 No heatpipes running through the base. 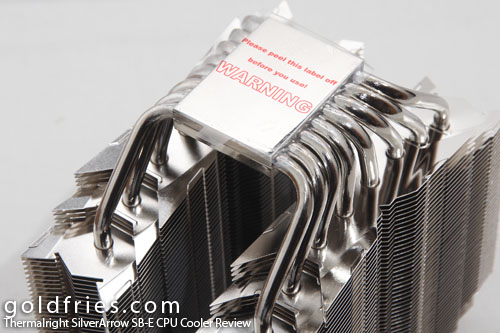 A view of the heatsink itself. The fans are not of equal size. You read that right, it’s not like the other dual-fan heatsinks. 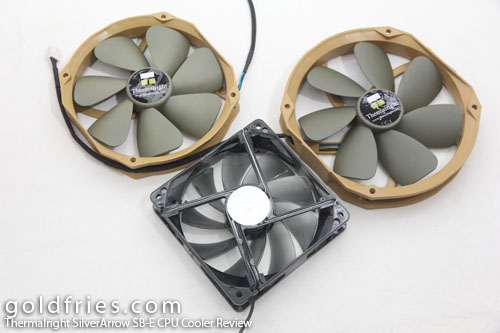 The above is a comparison of both the fans used on the SilverArrow SB-E against a typical 120mm fan.

On power up, the fan runs at such a slow speed that Asus’ Z87-Deluxe thought that there’s something wrong with the cooling system. I had to set the UEFI to ignore fan RPM just to care to the fan units. On the UEFI, the speeds were reported to be running at less than 600 RPM. 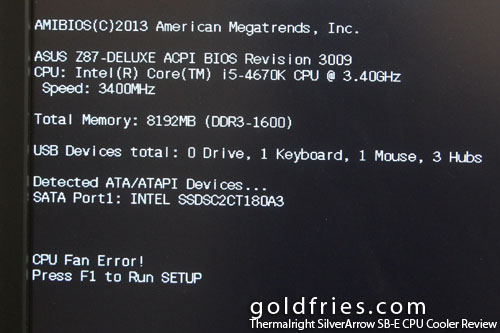 Installing a huge heatsink is no easy task. It’s not as simple as pressing the push-pin into the mounting holes.

As if studying the manual isn’t time consuming enough, I (as always) attempted to install the heatsink without laying my casing flat on the ground. This is how I gauge the installation difficulty.

In the picture below, you see the mounting brackets installed. Took some 10 minutes or so to get the right components out of the package and mounting it all together. 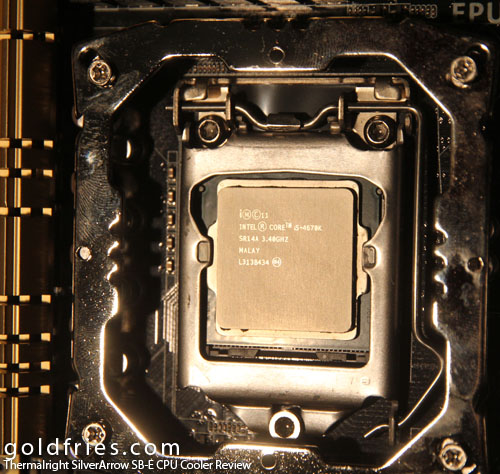 The heatsink is really tall, so you’ll need a long screw driver just to get the screws properly mounted. I’m surprised that the screws provided were of such small size, it’s the same as the ones used to mount the mounting bracket. 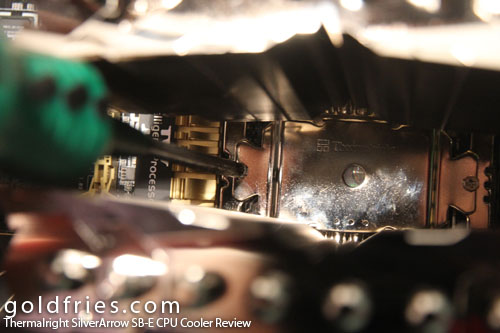 In my attempt to install the clamp, even before the heatsink was placed, I dropped the clamp no less than 3 times and having lost one of the screws in the casing. 😛

See the photo above? There’s this plate that spreads across the heatsink base, that’s the clamp (no better word to call it). It’s secured by 2 tiny screws on either side. 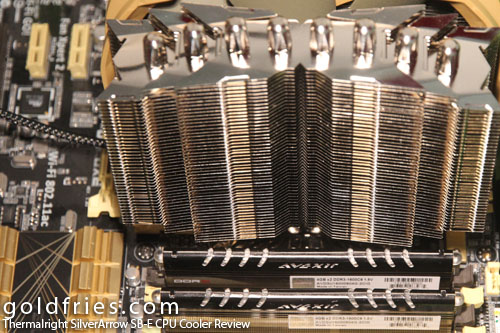 So here’s how it looks like with the fan mounted to the back instead of the front, which is not as effective. Don’t worry, for this test I mounted the fans to the front, above the DIMM. On the downside, I didn’t get to close the casing perfectly.

The fan clips are horrible, I spent more time getting the clip to hold the fan more than any other fan I’ve encountered because the clip keeps slipping out of position. If only they bent the part that holds the fan a bit more.

It took me some 20 minutes (including documenting the process with my camera and such) from installation of the backplate, to finally getting the fans into place. It’s not possible to mount the center fan before installation of the heatsink as you need that access path to secure the clamp.

More details of the product at theofficial product page.

Below is the CPU-Z for the processor, on overlock.

Below is the comparison against the DeepCool Ice Blade Pro v2.0 and the Cooler Master Seidon 120M

1Â°C difference between the DeepCool unit, which is suffice to say they’re on par in that area. The SilverArrow has the advantage of even lower fan RPM. What I noted was how fast the SilverArrow drops the temperature after the benchmark is completed, dramatically faster than the Ice Blade Pro v2.0.

As always, I love running fanless setup and I think going fanless is good to test out the heatsink’s heat dissipation too, and as you can see from the benchmark above – it is clear which one is the better performer.

Without any fan, the SilverArrow SB-E still runs as good as other heatsinks with fan!

Thermalright’s Silver Arrow SB-E is certainly a lovely cooler. For the same price, it cools as well as an AIO water cooler BUT it’s silent.

It’s double the price of the DeepCool Ice Blade Pro v2.0 but it has overall better heat dissipation and performs very similarly in noise levels.

For those looking to run a silent PC, it’s a no brainer here. There’s a good 8 degree gap between the SilverArrow SB-E and the Ice Blade Pro v2.0, and mind you the tests were done in cooling temperatures so the SilverArrow SB-E is still the better bet for fanless setup.