We’ve had Maxwell-based nVidia GPU populating the mid / low range market for quite a while now and with the GTX 970 and GTX 980, nVidia’s move on the high-end market is nothing short of amazing – top-dollar performance at far less power consumption compared to the competitors. The card carries the signature OWL look, 2 large fans that stops on idle. The Strix brand appears yet again. 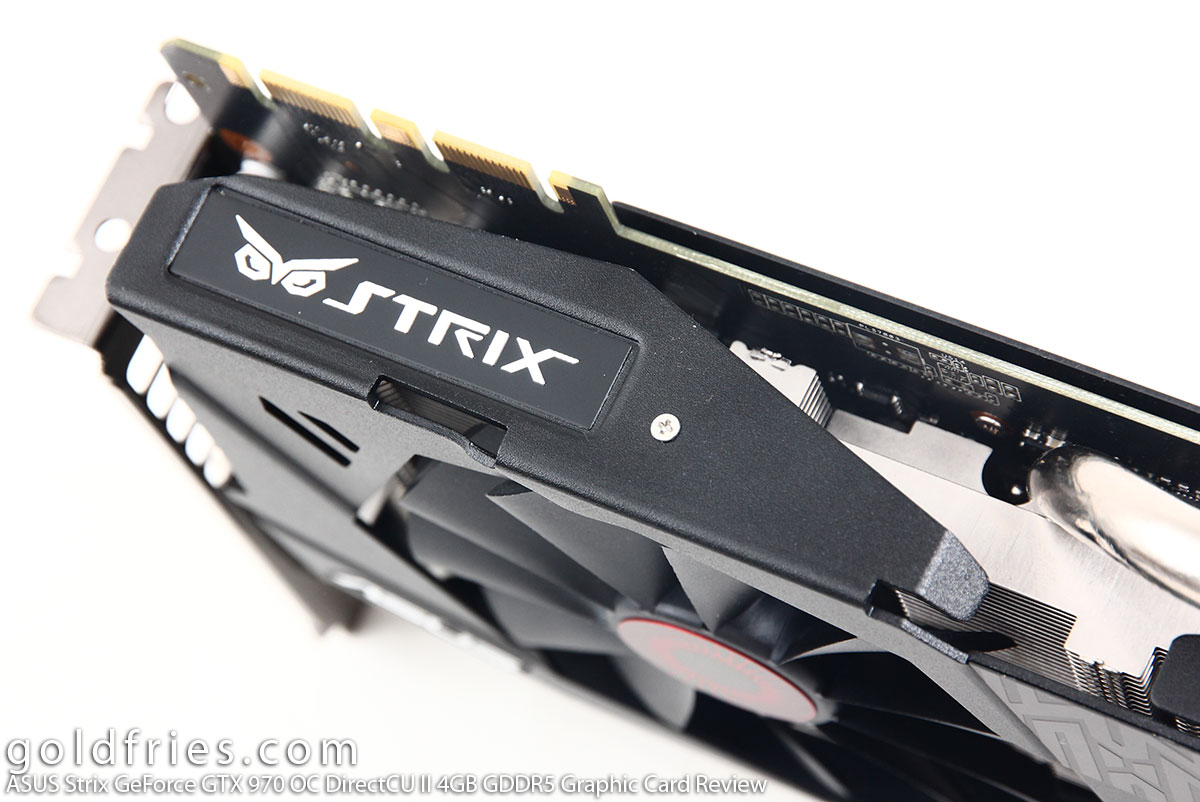 The heatpipes stretch across the front portion of the graphic card, and as you can see the GTX 970 requires only a single 8-pin PCI-E power connector. The ASUS branding at the bottom, on the heatsink shroud and the PCI-E area. 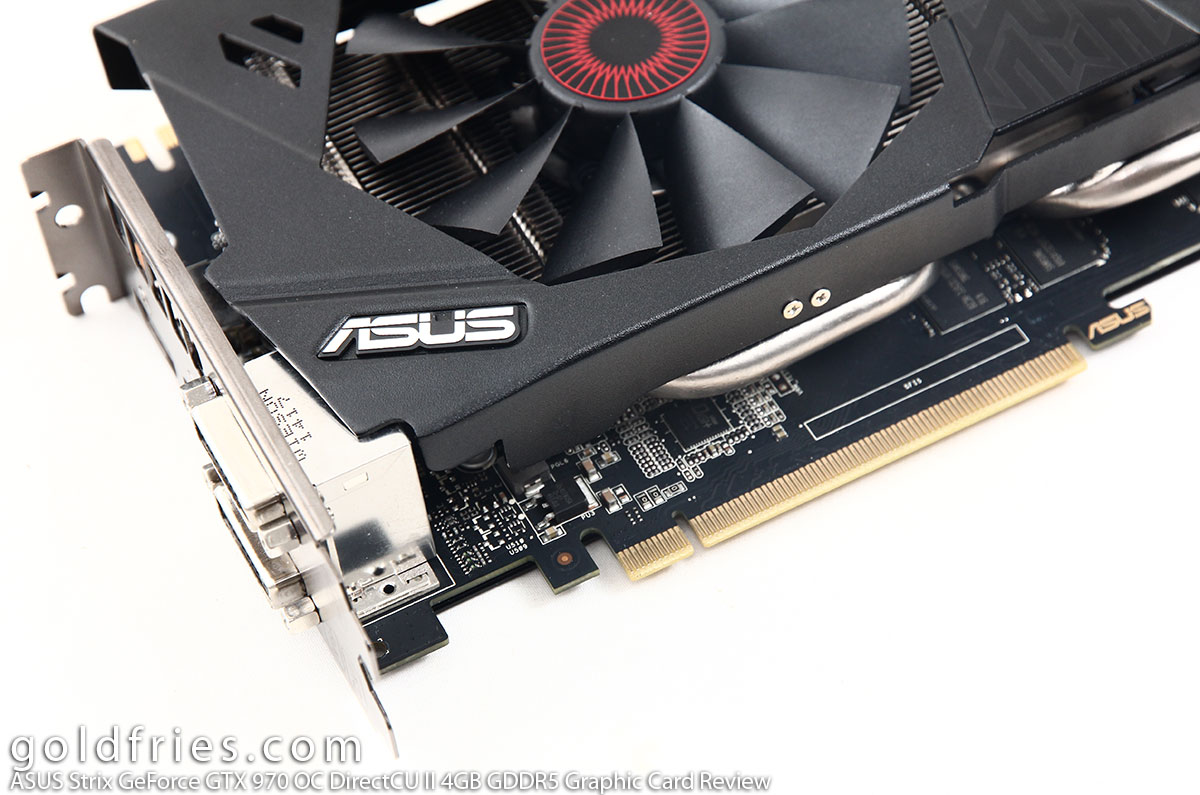 At the back, 2 DVI ports, a HDMI port and a DisplayPort Did you notice that the ASUS Strix GeForce GTX 970 has a very high profile PCB? 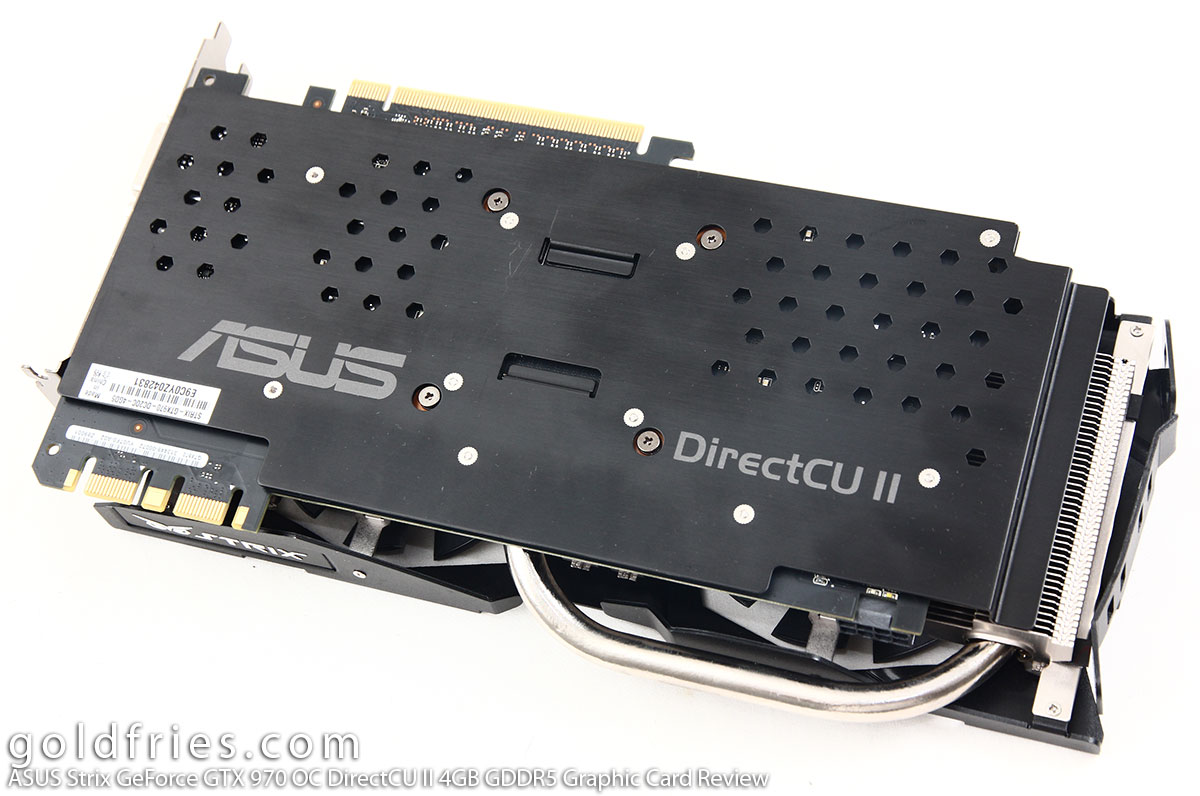 Notice how the PCB stretches beyond the height of the PCI-E bracter / IO port area?

Oh yeah and that’s a sweet looking back plate, isn’t it? 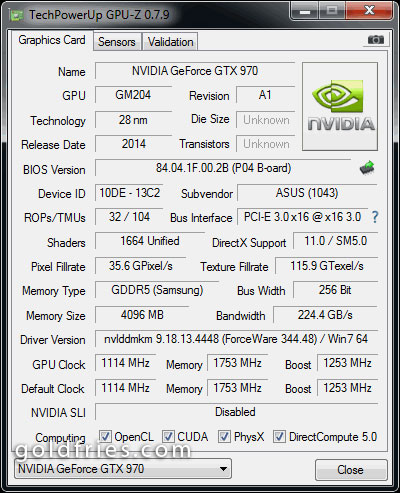 For upcoming reviews, I’ll be replacing the Metro 2033 benchmark with Metro Last Light, and I will be using Bioshock Infinite as an additional benchmark.

Strangely the average framerate remains at 58.4 despite vsync disabled. The maximum framerate was certainly beyond that but I’m just surprised to see the same figure as the one on GTX 760.

The STRIX cooling system was amazing, when on idle the cooling system is passive, this means the fan is not moving at all and the temperature stays at a good 65Â°C. On load, the fan spins but stays quite silent.

Unlike the previous generations of nVidia GPU, the Maxwell core runs far cooler due to the lower power consumption, this allows it to spin at far lower RPM and still being able to retain the cooler under 70Â°C despite the Furmark Burn-in test.

Factoring the other components and the possible load that they undergo, the ASUS Strix GeForce GTX 970 is estimated to consume slightly above the 150w TDP as stated on the GTX 970 specs page, which is understandable as the power draw will be higher than stated due to the fans and that it’s an overclocked product.

Compare that to the R9 280X that’s priced similarly around this point of time last year, the GTX 970 offers some 33% performance gain while consuming only about 60% of the power. 🙂 That’s great news to the consumer!

The ASUS Strix GeForce GTX 970 retails for a whopping RM 1,499 – quite a steep price to pay for a GTX 970 card but I guess that’s what you have to fork out for a good cooler that’s a silent performer.

For what it’s worth – you’re paying for both the card of excellent build quality, it comes with a back plate, and it comes with a superb silent cooling system. It comes with 3-year warranty and you get nVidia’s touch like Shadowplay and G-sync technology, just to name a few.