The Kraken X31 – a 120mm variant of NZXT’s All-In-One Liquid Cooling Solution, the younger sibling of the Kraken X40 that I reviewed a while ago. Just like the Kraken X40, it has an uncanny resemblance with the Corsair H55 but of course, the X31 is also different in many ways. For a start, the X31 comes with 16″ tubing for ease of use with large tower casings. The first thing I took note of is that the mounting bracket is pre-installed, and the pre-installed bracket is the one for Intel setup. Removing it is easy if you have experienced AIO coolers of the same make. Though the bracket looks similar to some other models, the way it is mounted on is a little difference. It’s A LOT more easier to install that say the NZXT Kraken X40 and the Corsair H55 of which I took more than 5 minutes to figure, and had to resort to browsing Youtube for a solution. Unlike the 140mm models, the surface of the Kraken X31’s pump is of a slightly rough texture and it doesn’t come with color-changing LED.

Here’s the radiator on the Kraken X31. 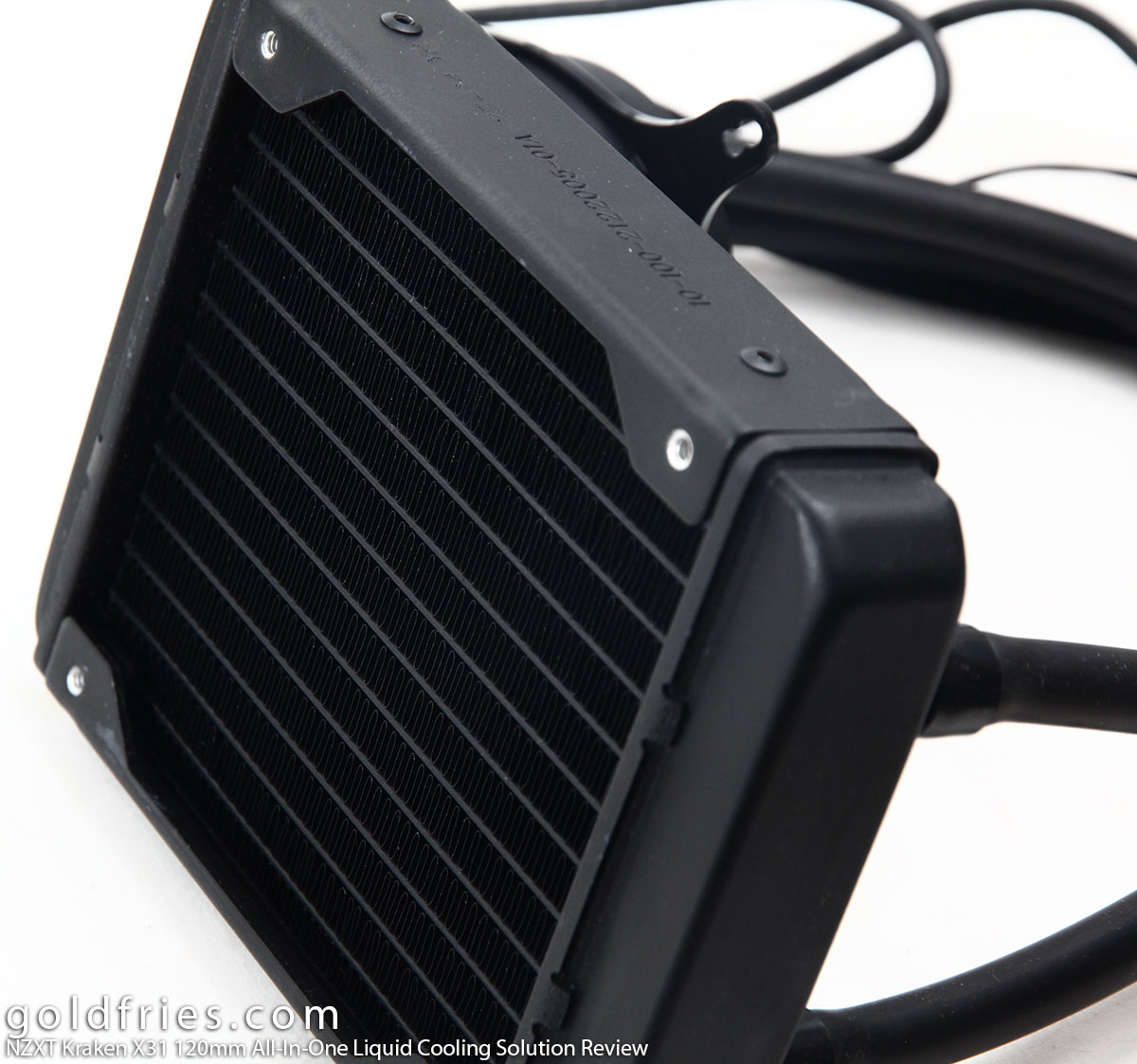 Here’s the base of the pump area. 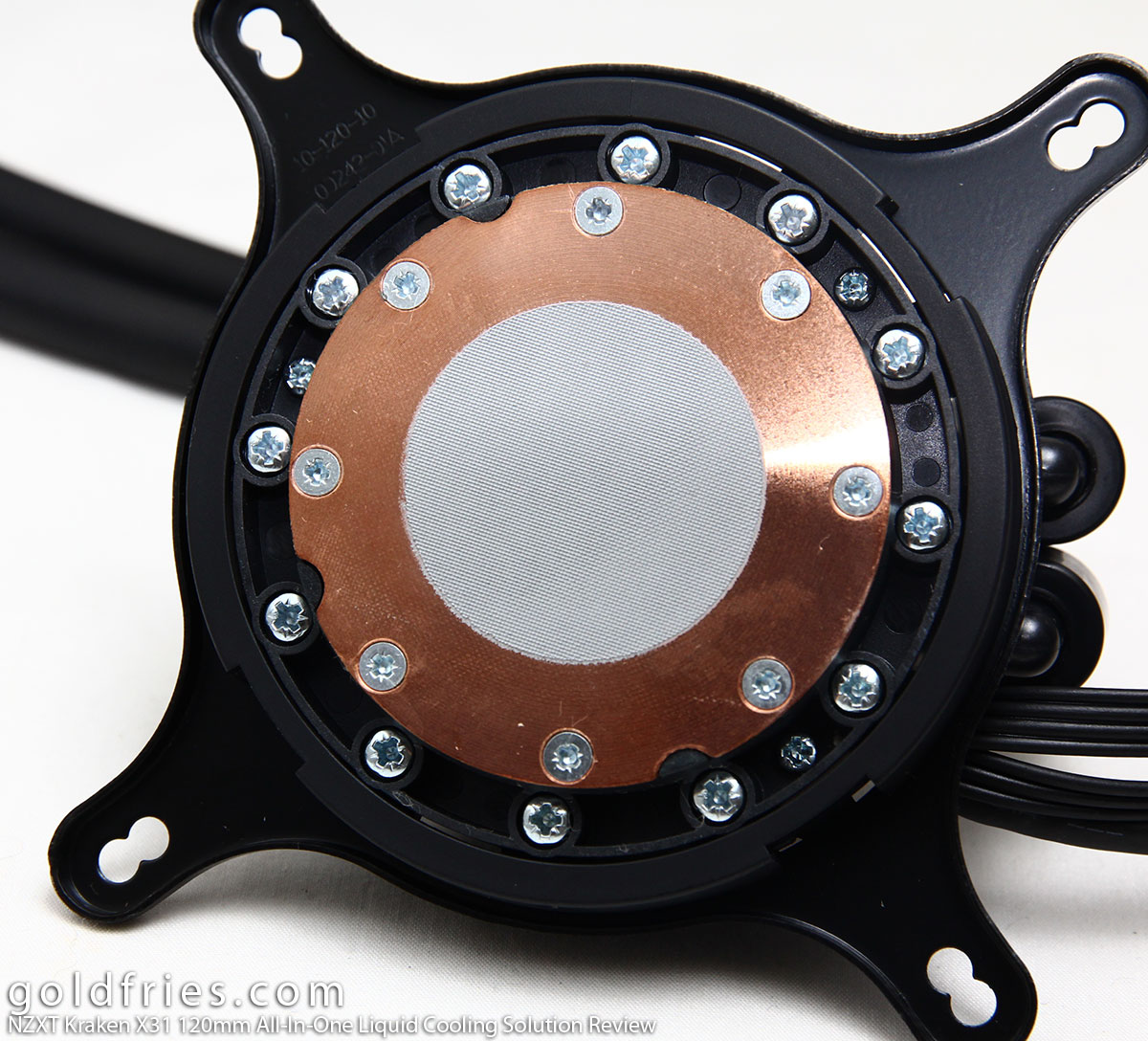 As for the connector, the Kraken’s selling point is the ability to control via software, so there’s always the USB connector, the power connector for the pump, and 2 additional connectors for connection to the radiator fan. Here’s the tech spec of the X31 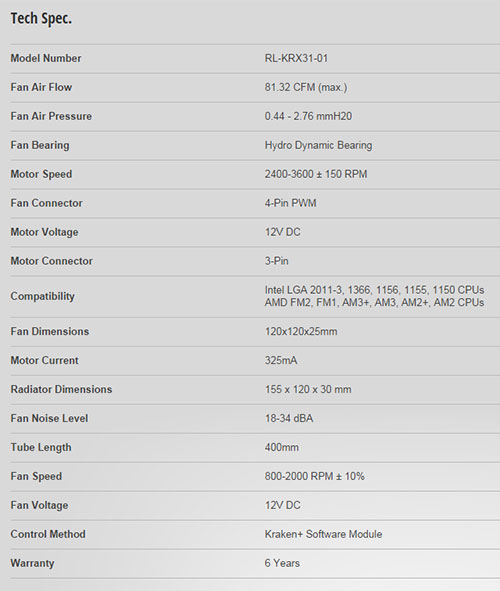 More details of the Kraken X31 at the official product page.