The installation processor for the NZXT Kraken X31 is easy, especially with the large screws provided to mount the pump into place.

As for the software, it uses NZXT’s CAM. The software comes with tutorials right at the start so you won’t get lost using it.

Here’s the screenshot of fan and pump speed for the X31 on SILENT and PERFORMANCE preset. 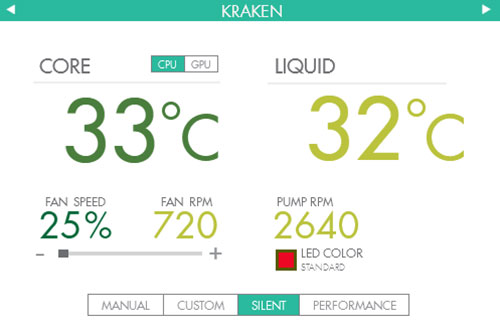 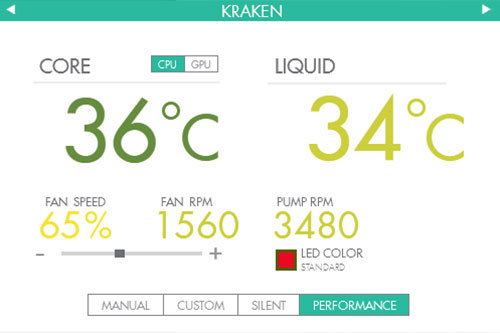 Performance looks good, what I’m more impressed is that it’s quite silent even in PERFORMANCE mode. The fan is only distinctly audioble when set to full speed.

The cooler retails at around RM 250, it doesn’t perform as great as the 140mm models BUT it’s cheap. You still get the useful controls from NZXT’s top-notched software, minus the colored LED on the pump.

The best thing about the X31 is that it comes with 6-years warranty! It works with the Kraken G10 GPU braket as well.