I’ve used many PSUs over the years and there were quite a few amazing ones that I come across, the Aurum S 600W from FSP is one of those. 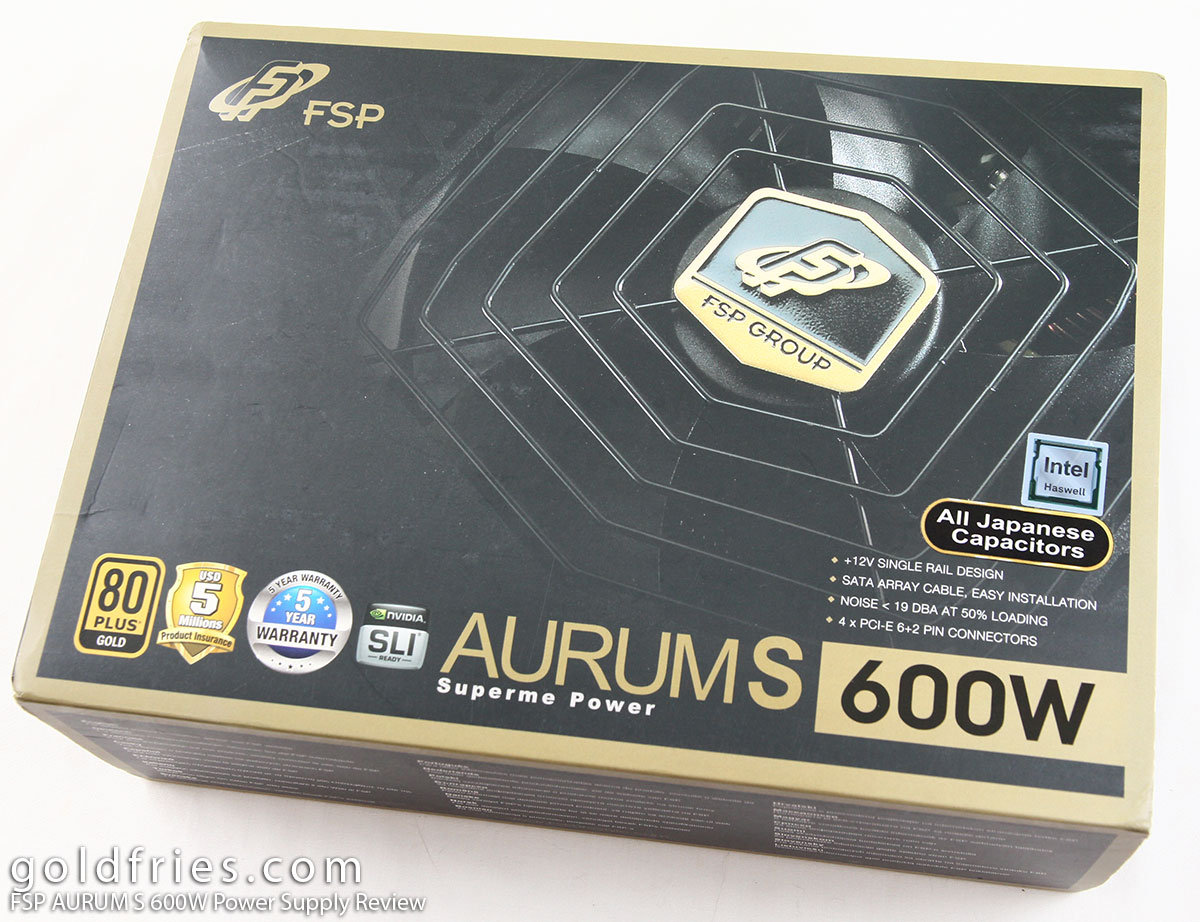 To sum it up, the Aurum S is an 80Plus Gold certified 600W Power Supply Unit with Single-Rail design and it’s claimed to have over 90% power efficiency and a host of technology to make it a great power supply. 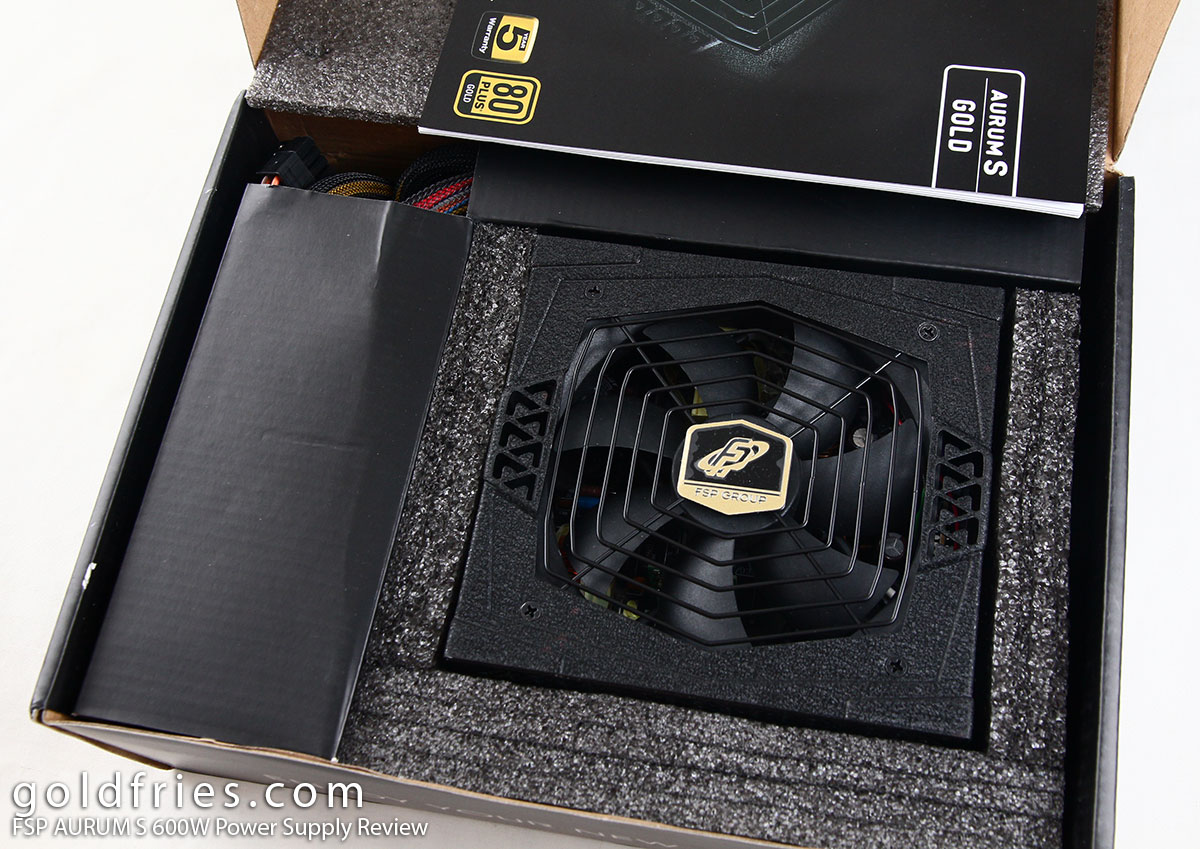 Unlike most power supply unit in the market, FSP’s Aurum range’s enclosure if rough textured. 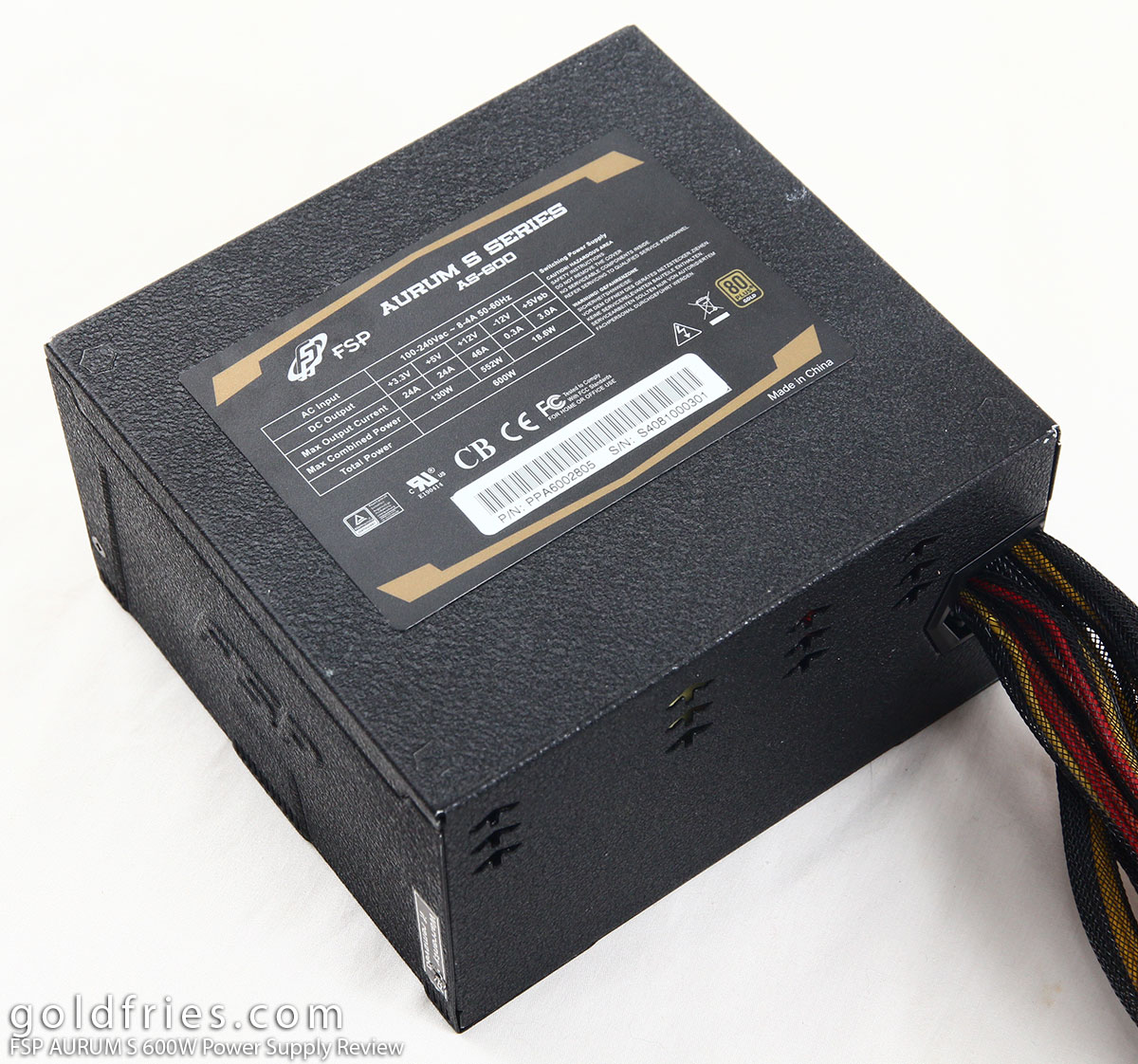 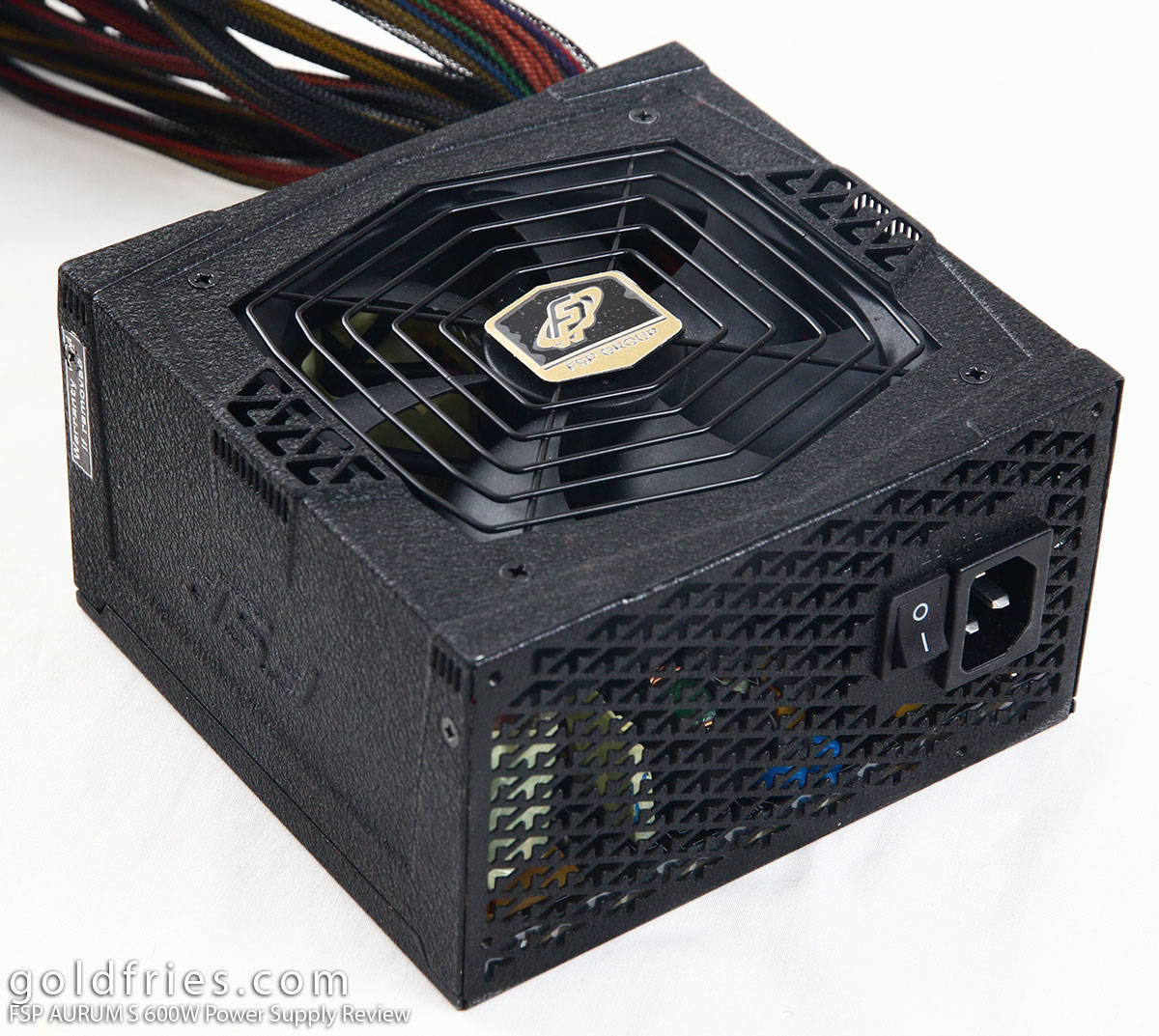 We’ll go into that a bit later.

The cables on the Aurum S 600W are fully sleeved. 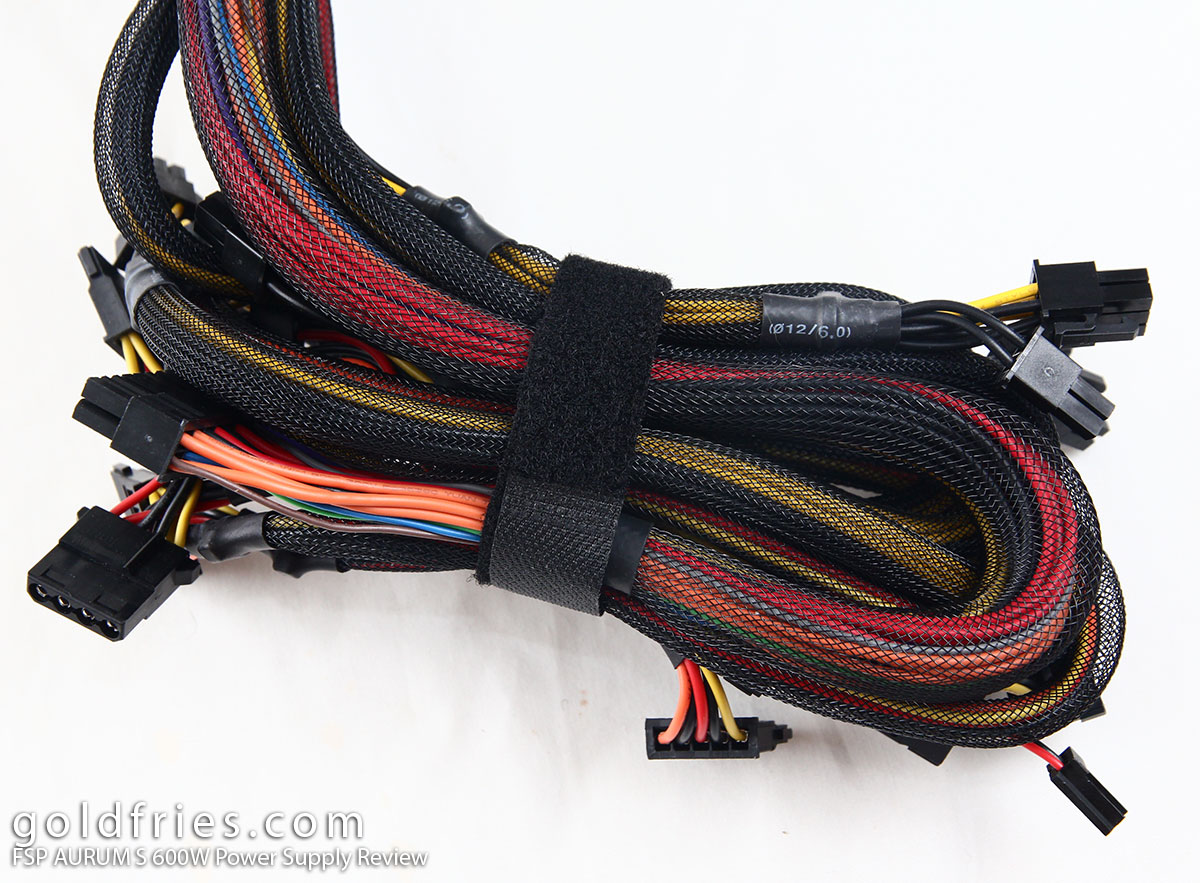 Here’s the power delivery table for the FSP Aurum 600W 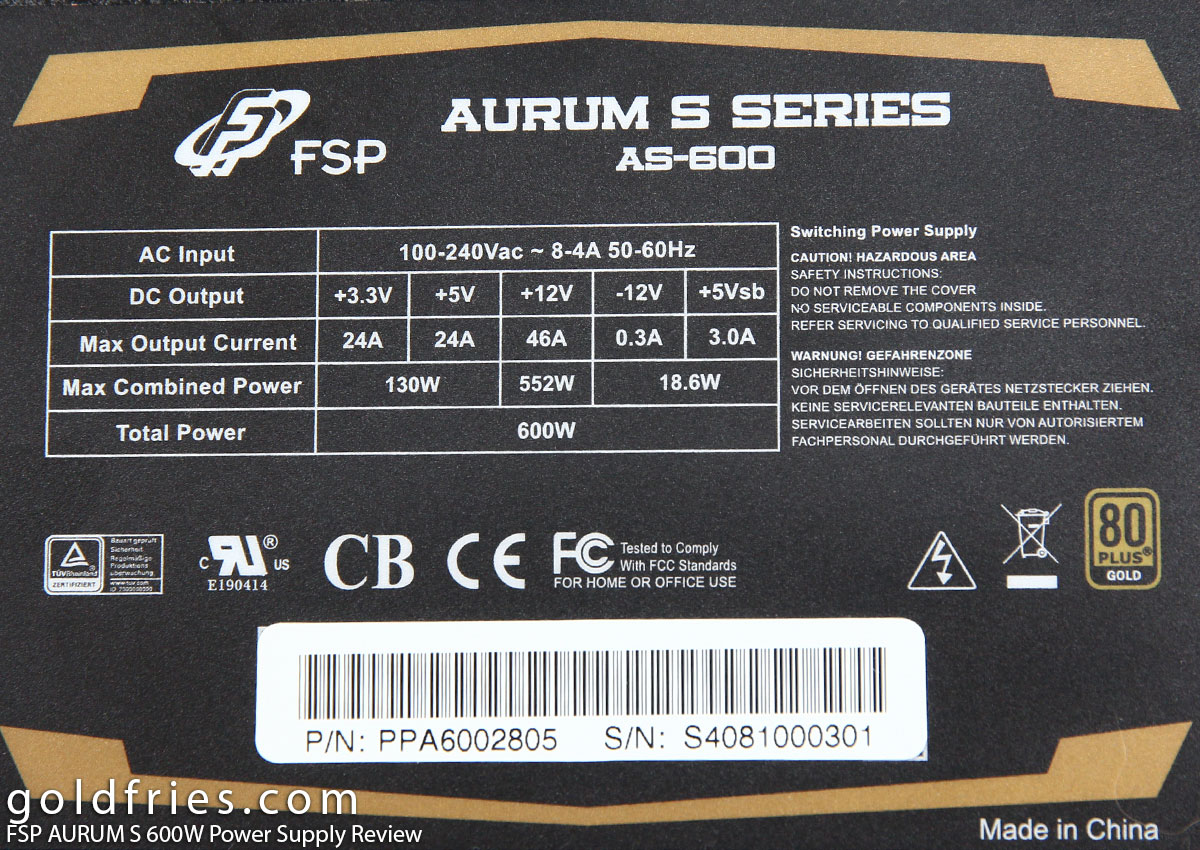 The FSP Aurum S 600W delivers 552 Watts over the 12V rails so the target power draw should be around 441 Watts. The FSP Aurum S is rated to be over 90% efficient so assuming the claim is true, the wall readings based on the target watt of 441 should be at least 490. The processing load was generated by running [email protected] and cryptographic coin mining.

The readings initially hovered around 480 watts, just barely hitting the 80% mark but once everything went full throttle the system hit readings higher than 540 watts. 540 watts wall reading translates to about 486 actual power consumption if we’re going on 90% power efficiency as claimed by FSP, and that’s about 88% load on the 552 Watts from the 12V Rails. The system was in full load for more than 12 hours with no signs of destabilization on the PSU. 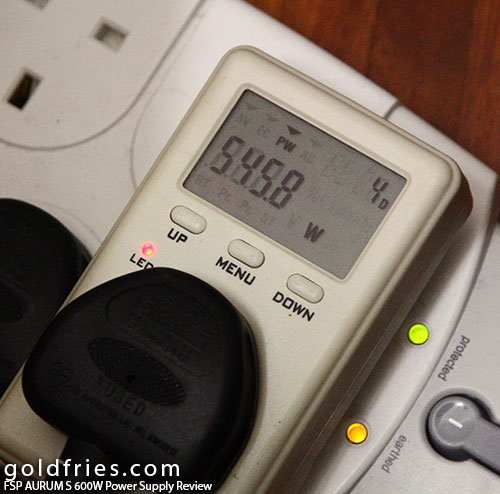 Below are the readings from OCCT 4.4.0 for the 3.3v, 5v and 12v and I’m pleased to report all of them are withing the 5% variance allowed based on ATX specifications. Remember the airflow technology highlighted earlier? The FSP AURUM S 600W runs cool and silent, even the enclosure doesn’t feel hot at all. By not being a heat conductor the PSU becomes a lesser contributor to warming the air within a casing.

The FSP’s Aurum S 600W retails at RM 359 and it’s certainly a great PSU with the only downside being the lack of modular cables.

It comes with a host of technology, 5 years warranty and it stands stable and strong despite the high workload over many hours.