After the Sunbeam’s famous Core Contact Freezer and its 92mm variant, Tuniq now has the
Tuniq Tower 120 Extreme CPU Cooler.

This review was made possible by Sunbeamtech / Tuniq Co. Ltd 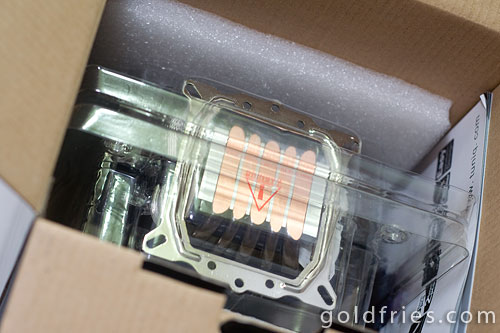 It’s HUGE! First thing I notice is the finish, notice how awesome is the top view of the heatsink? 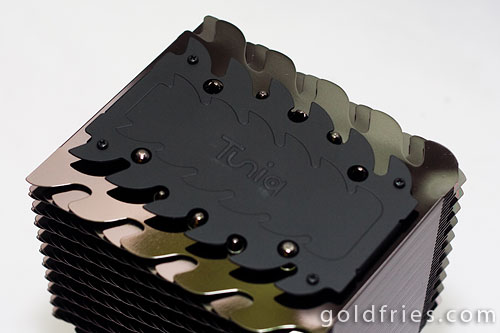 From a lower angle, you’ll see how the fins are arranged in staggering manner. 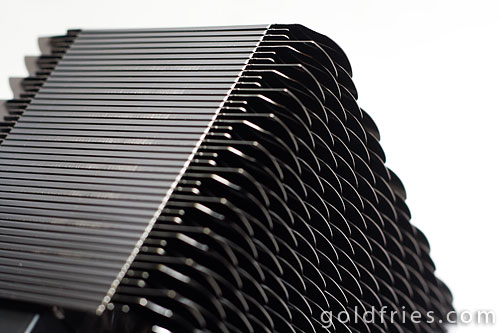 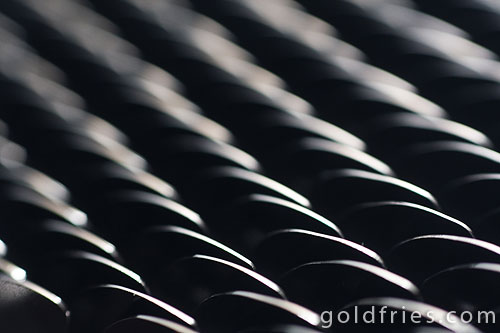 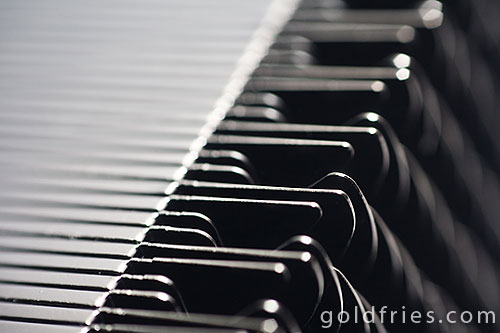 From my understanding, having staggering the tiny fins in such manner would also mean there’s an overall increase in surface area for heat dissipation while making it look beautiful.

What I liked about it is that it’s a heatsink with fins that don’t look like they’re bendable nor easy to give you a cut. In fact, despite the heavy nature of this heatsink, I could hold it by latching my finger to the fins without difficulty holding it and it really doesn’t bend.

The bottom portion is just as the Core Contact series, copper heatpipes run along the base. 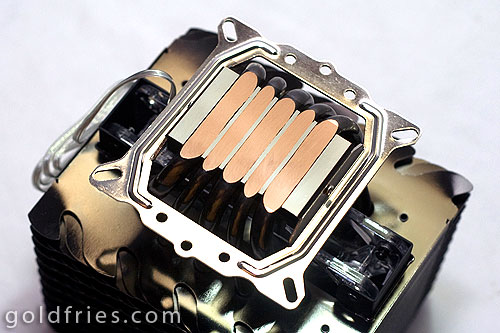 Here’s a closer view of the base. 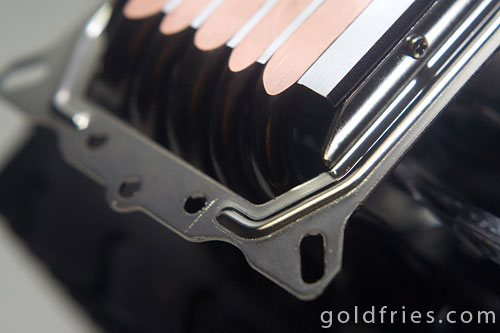 More rectangular fins right at the top of the base. 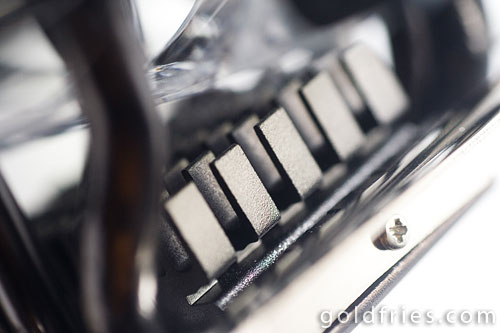 Here are the connected pipes. 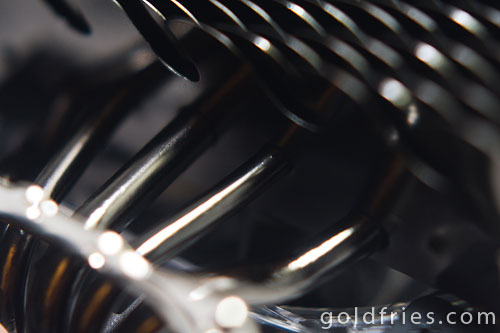 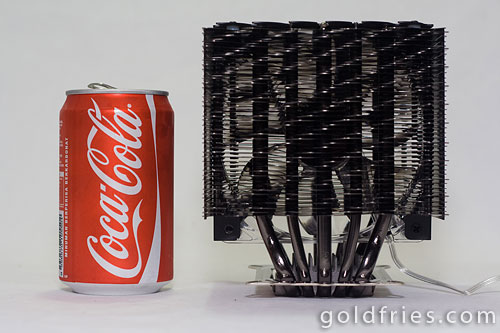 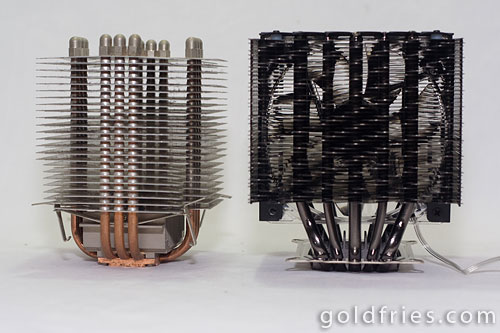 I think the photos say it all.

Let’s not forget that unlike the Core Contacts where the fan are placed outside the heatsink, the Tower 120 Extreme has the fan INSIDE. And here’s what it looks like when the fan is running. 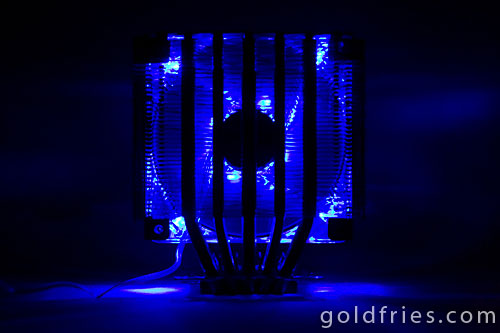 Beautiful eh? It fits my black and blue colored case them really well. The fan is also removable, all you have to do is a little unscrewing of whatever that’s holding it in place and it’ll be out in a jiffy. The unit also comes with accessories such as the Tuniq TX-3 thermal paste, a fan controller and mounts for both Intel and AMD sockets. 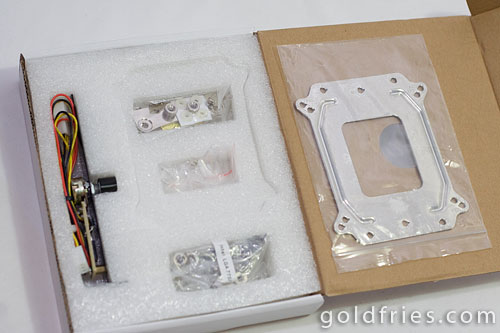 Best refer to the official product page. – Yes I know, how convenient……… LOL. But I’d rather people get the full details there.

Installation was tough, simply because the heatsink was BIG and unlike heatsinks where you mount via push pin, clip or push pin + clip combo, the Tower 120 Extreme requires you to fit the screws from the bottom of the board and lock it with some screws.

This means you CAN’T remove it without dismantling the entire motherboard from its placement. 🙁 I hate that.

To make things worse, the unit with me supports only LGA1366 and LGA775, I’m wondering why they didn’t have any LGA1156 bracket ready since news of it was out quite some time ago. Anyway, I was updated that there will be a bracket for the LGA1156.

I did however, manage to use the heatsink on the LGA1156 motherboard such as the MSI P55-GD65 and Gigabyte P55-UD6. 🙂 I wouldn’t recommend this to newbies but what I did was to mount it using only of the holding stubs. The bracket does sit in an unlevelled manner but it worked, unfortunately my plans to test it with the i5 didn’t take off since the i5 I had with me was a “mutant” (long story) so in the end it was done on my P45 board with a Xeon 3320 processor.

While the bracket fits perfectly on my P45 board, it just refused to power up. It’s an ON / OFF thing, you on the system and it powers down half a second later. This puzzled me, I thought about it awhile and I remembered that the back plate was metal and it was in contact with the many other metal parts behind the board, like those sharp things at the back of the PCB.

Solution? I took a piece of paper, cut it to match the bracket and made a few holes and re-mounted the heatsink and it works just fine. Looks like that’s the culprit, I think Tuniq should make hard plastic non-electrically conductive bracket instead. A newbie would’ve been puzzled.

Prime CPU test was used to stress the cores, each run was about 10 minutes. Ambient temperature is around 25Â°C.

The “without fan” doesn’t mean the fan was removed but rather the fan was not running at all. It was done by cutting the power to the fan by using Deepcool Rockman. 🙂

What? No CCF? Well CCF isn’t around for this comparison. From my estimation (through experience using them) I think the CCF would come out somewhere in between.

Looking at it, the heatsink does well actually.

It costs around RM 230 or so but it certainly is BEAUTIFUL! From my POV – getting this heatsink would mean forking out not just for heat dissipation but also for the looks.

I like it in terms of appearance and performance BUT I really hate the mounting process, especially for one like myself who switches processors and does experiments. I could remove and mount the CCF 92mm with ease but not with this one. If you need to unmount it often, then ideally you could use 3 stubs instead of 4, ignoring the one near the upper left corner (nearest to keyboard port).

What I don’t understand is why Tuniq still bundle it with PCI-E slot fan controller. I think it should be with 3.5″ bay fan controller, it’s a better and more convenient option. 🙂 Bear in mind the tests were done on quad-core processor with vcore increased. Those running on stock voltage or dual core setup would see much cooler temperature.