This is the new, upcoming Intel Core i3-530 processor. The Core i3-530 also part of Intel’s first line-up of 32nm CPUs, codenamed Clarkdale.

The Core i3-530 with us today has a max TDP of only 73w, basically it consumes less power compared to the 45nm Core i5 and i7 processors. 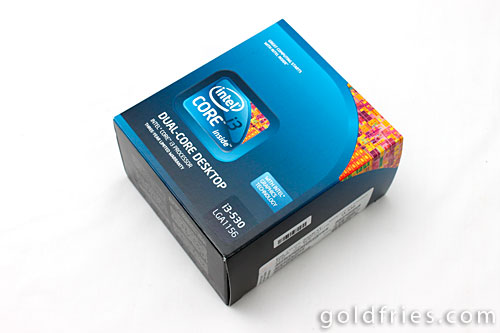 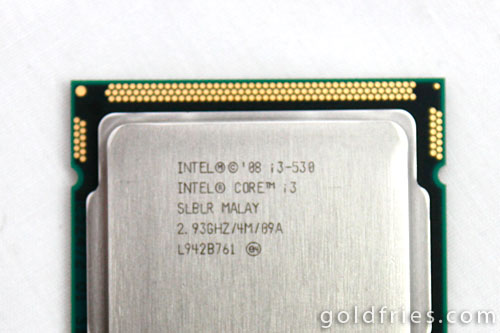 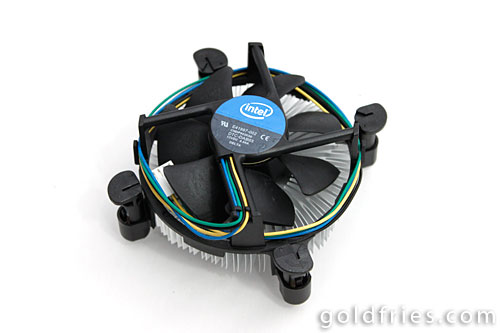 And here is the CPU-Z capture of the processor specification, after I overclocked it. And guess what I just pumped the vcore to 1.313 in the BIOS and kept my fingers cross as I set it to 3.9ghz – the processor reached the set speed with ease and even passed all the benchmarks I threw at it. 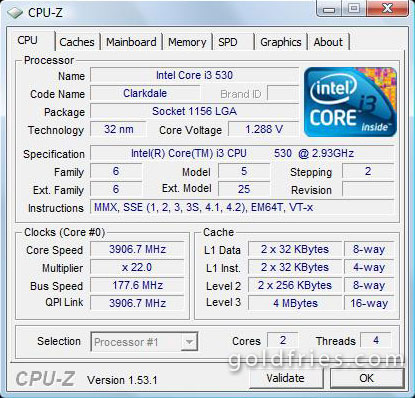 And I was using stock heatsink all the way! For more technical details, read this article.

Here are the results of the benchmarks I’ve thrown at these processors.

Do refer to Intel for specifications.

While the single core scores look impressive (on stock it beats the i5-750, and even the overclocked Xeon 3320) but the multi-processor rendering score doesn’t seem so. Besides cache issue, it looks more like a bottleneck for having 2 threads on 1 core.

I don’t know what to make of this one. 🙂

Yet again, looks like it’s a matter of bottleneck for having 2 threads on 1 core.

Wow, a wall of numbers! To make it simple, just compare the i3-530 stock vs the i5-750 stock and Xeon 3320 overclocked. Ideally the i3-530 works as a quad-core processor. Looks like another it’s another 2 threads on 1 core, either that or it’s the cache issue but I think it’s due to both factors.

I’m very impressed. The Xeon and i5-750 that I’ve used were hot, both had max TDP of 95w. The i3-530 on the other hand is only maxxed out at 73 Watts. I’ve even tried [email protected] SMP with the overclocked setting overnight with no air-conditioning and it was alive and kicking when I checked on it 9 hours later.

The i5-750 is retailing for around RM 700 while the i3-530 is at around RM 450 (not official price, at least at this point of time). So that’s paying about 65% of the price of i5-750 for something that performs really close to it (subjective to application), consumes less power, generates less heat and overclocks well!

As of now, I’m a very happy user of the Core i3-530! It’s good to see powerful processors are available at affordable price.

The Intel Core i3 530 is a dual-core processor that provides you quad-core processor performance without you having to put up with higher power consumption and higher heat generation. It overclocks very well too, great for enthusiasts on a budget!

Next thing to do is to find me an Intel H55 based motherboard to test out configuring a VALUE-FOR-MONEY rig.