The MSI P55-GD65 is a very popular motherboard for Intel’s new LGA1156 based processors – the Core i5 and some Core i7 processors. 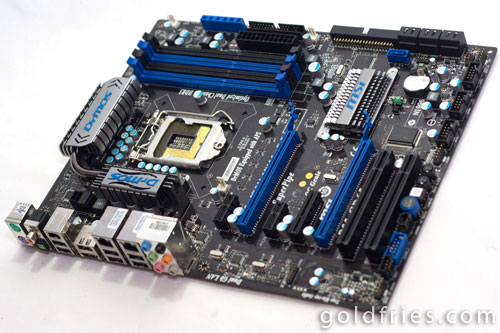 Dual PCI-E slots, for CrossfireX and SLI purpose. Note that this is a P55 board so the PCI-E lanes drop to x8 / x8 when running Crossfire / SLI. 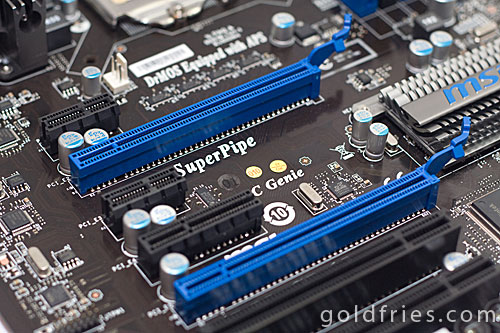 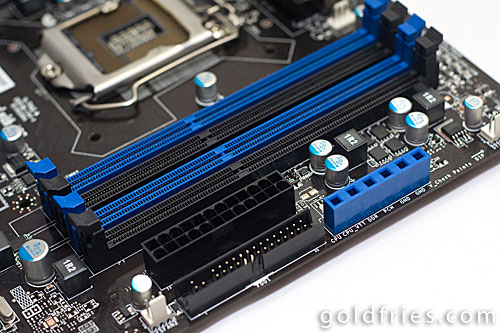 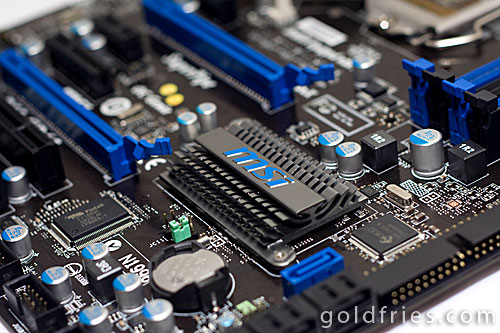 Here’s the OC Genie interface. Basically it works just like the one in MSI Eclipse Plus X58 motherboard. 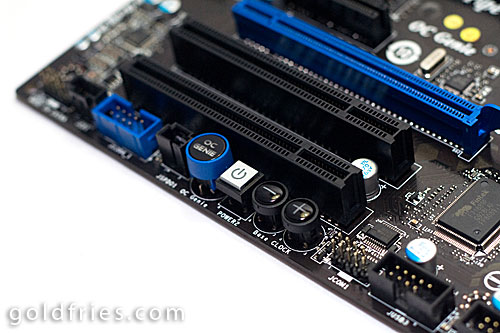 The OC Genie chip is just above the 2nd PCI-E x16 slot. 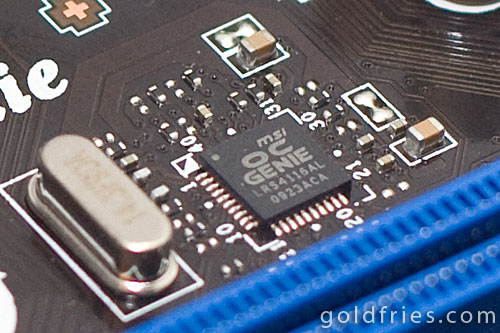 I like this board very much. I like that it doesn’t come with huge heatsinks all over the board and the layout is spacious.

Using the Tuniq Tower 120 Extreme wasn’t an issue, plenty of clearance for RAM and cable management.

Here’s the motherboard in action. Those of you who bought November issue of GameAxis would’ve seen this photo. 😀 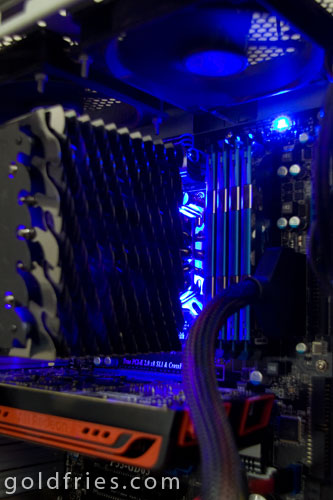 It was used for the 8GB Kingston HyperX review. (that 1600mhz RAM did 2ghz!) ……. anyway, notice there’s ample space along the gigantic heatsink.

BIOS was simple but detailed enough for tweaking overclock settings. 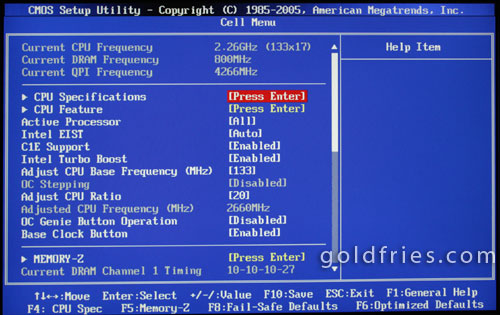 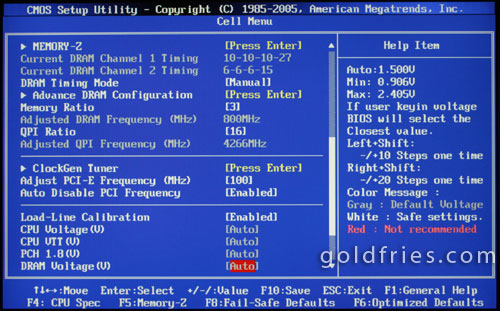 What I didn’t like about the board? It lacks MSI’s D-LED feature. I wish it was there, considering this board is close to RM 600 already – why not have it there for troubleshooting? Refer to the Eclipse X58 review for the videos. Ok if the D-LED was not possible then at least have the Debug LED?

And just like the Eclipse X58 – the OC Genie is practically useless in the sense that you had to open the casing each time you wish to adjust the base-clock button (it’s button here, but on the Eclipse X58 it was a dial).

Personally I think having the dial and buttons on the board is pointless. With the hassle of having to open the case just to adjust the clock, I’d probably spend the same amount of time and less effort by just adjusting through BIOS.

I whole-heartedly recommend this board for any would-be LGA1156 processor user.

Here’s what I manage to accomplish just by using the OC Genie.