The Geforce GT240 – supposedly the 9600GT / 9600GSO replacement. Is it a worthy successor to those awesome 9 series cards? 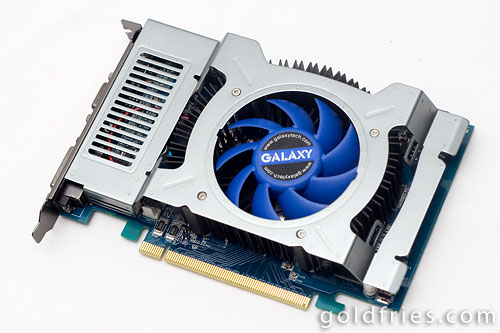 As you can see from the photo below, it’s looks like the commonly seen heatsink on nVidia cards. It’s just that this card has it covered, making it look attractive (subjective matter, yes?). 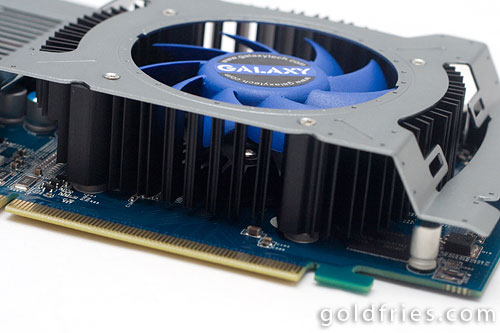 The card also comes with HDMI, DVI and VGA output. 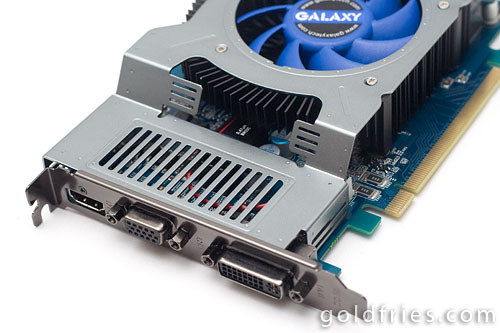 – The card
– Installation CD and guide

I’m comparing this card to the Galaxy GeForce 9600GT Low Power Low Profile and also the GT220 and even the Sapphire HD4670. It should give a good idea on how this card performs. 🙂

Basically these 2 are in between the actual GT220 and 9600GT. As seen in the details given earlier, this GT220 is the overclocked version while the 9600GT LP LP is the downclocked version.

Interestingly the card performs just as good as the 9600GT LP LP and the GT220 with lowered details.

In CoH, the GT240 levels the competition by huge margin.

A little more details on the maximum power consumption of the GT240 based card.

As for this copy from Galaxy, it’s all good and I think it looks great as well. The card is expected to retail at around RM 330 (similar priced as the 9600GT cards) and for those who do [email protected] – the 96 CUDA cores is a plus! Pretty much the 9600SGO performance for folding, at lesser wattage. 🙂

If I could summarize this card in a few words, I’ll just say “It is a 9600GSO that consumes lesser power”. (I only wish I have a 9600GSO now to compare it with, anyone wants to send me one?)