9600GT Again? I normally wouldn’t take on another 9600GT review as I’ve done that quite a few times over, however this one’s was a Low Power and Low Profile version – so I thought it to be pretty interesting.

The card comes in Galaxy’s signature blue PCB and sticker over the heatsink, and it is both short in length and in height. This makes the card ideal for smaller casing. 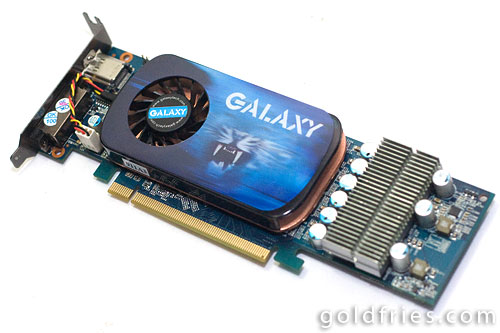 Just how short is it? Here’s the card in comparison to a Tesco club card, which is based on the standard size for cards. 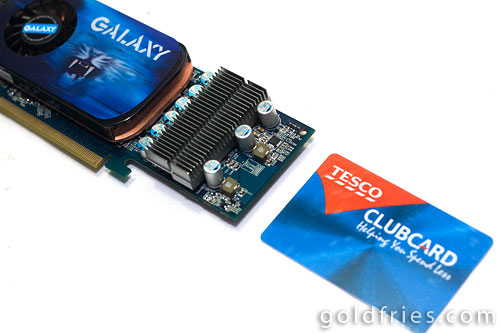 Solid caps and heatsink. Take note also of the copper based for the heatsink. 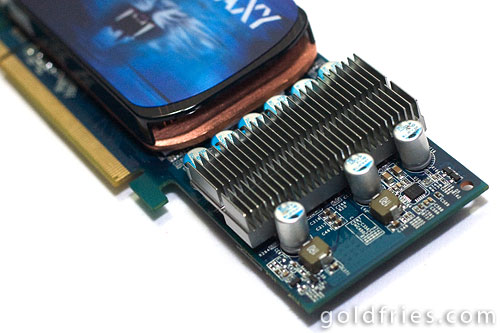 The heatsink is securely fastened at the back, however this might pose a problem on boards that are have PCI-E x16 slot placed in close proximity to the DIMM slots, in my case I found that the heatsink holding piece blocks the DIMM clip. Generally I blame this on the board design than the card itself, I’ve always disliked boards with PCI-E that are close to DIMM slots, and also those that place SATA ports near the PCI-E slot too. 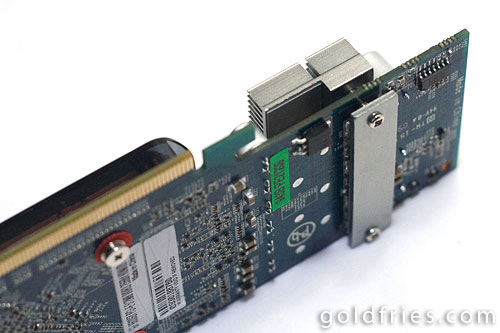 The card relies on a small fan, and with it comes with DVI and HDMI output. 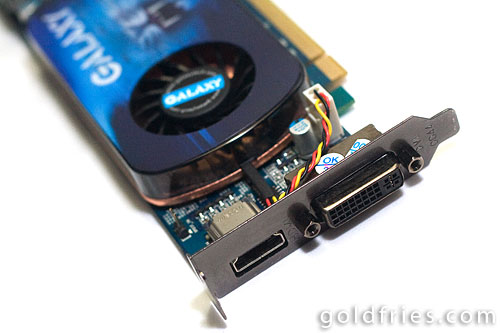 More details at the official product page, it looks very similar to another one that’s not the low-power version. Note the PCI-E power connector at the end of the card.

For a fair comparison, I’ve placed the benchmarks from the HD4670 and HD4770.

Reason being that the 9600GT is priced between the HD4670 and the HD4770, hence comparing between them would give a good picture of the performance level.

I must say that I’m impressed by the temperature, seeing how compact is the cooler itself. The low-powered nature of the card helps.

I am really tempted now to acquire another unit for SLI-ing on one of my rigs.

Basically, this card is a little faster than the HD4670 while both are good for low power consumption.

The card retails at around RM 320, it sacrifices a little on performance for the low power advantage, with the low profile being a plus.

(If you’re looking for something low profile, decent GPU power and of course, want something of low power consumption that doesn’t burden your already not-so-great power supply.)