Galaxy has made it possible to effectively cool down the GPU of GeForce GTX260+ within a single slot limit, using a in-house designed cooler that utilizes a technology called “Vapor Chamber”. At only 14mm thick, Galaxy GeForce GTX 260+ Razor Edition is the slimmest GeForce GTX 260+ in the world. The principles of Vapor Chamber is similar to the common heatpipe technology, a special coolant-filled cooper base contacts directly with the GPU, and quickly spreads the heat into large surface area for dissipation. In addition, the cooler also adopts a â€œfullâ€ metal design, with the cover made of aluminum, which not only looks beautiful but also helps in heat dissipation.

It looks neat – a single slot card as claimed but the card is very long. 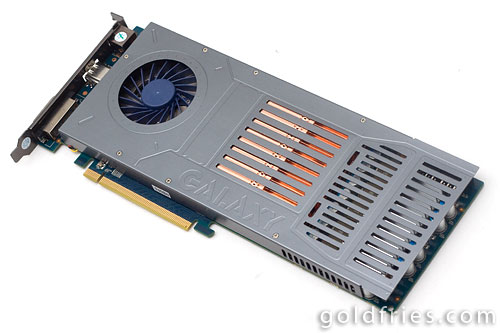 The small fan, reminds me of the one found on the Galaxy 9600GT Low Power Low Profile. 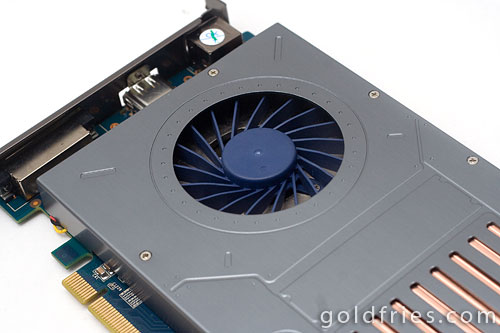 Note the copper parts of the cooling system. 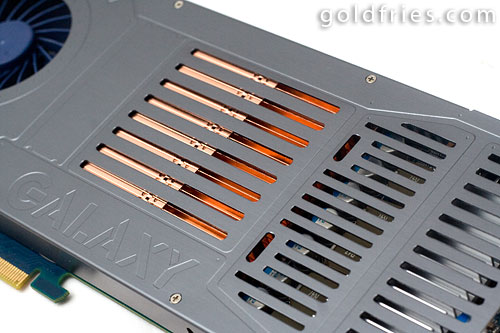 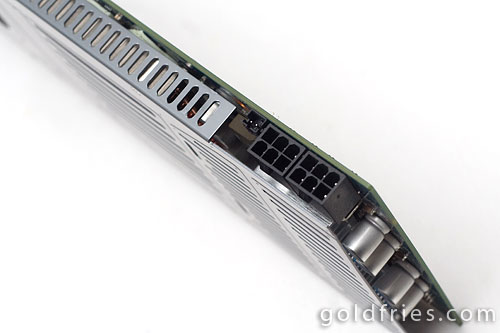 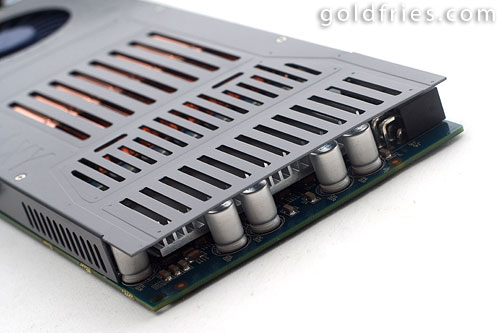 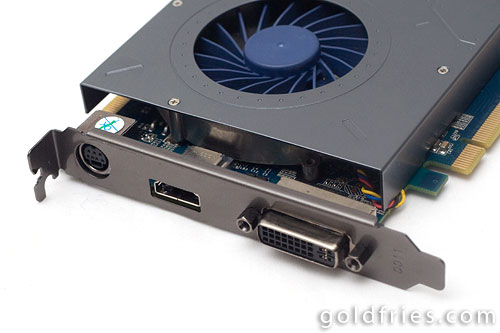 I wonder if you guys noticed that the FAN on my unit does not have a GALAXY sticker on it.

A little more details on the maximum power consumption of the HD5770 based card.

I really got to hand it to the guys at Galaxy – the card maintained 40% fan speed (around 5k RPM) on idle and load and even on stress test, it was running at only 42% fan speed while temperatures are kept below 70Â°C on this single slot cooler.

Remember that the heat generated is still of a 182watt GPU but it’s really amazing on how the cooling system handles heat dissipation.

I’d still give this card a RECOMMENDED vote, however it is with reservation, seeing that the HD5770 card still consumes lesser power and performs similarly. It’s just that the GTX260+ Razor from Galaxy cools really well, great for someone like me who’s running [email protected] 24/7 (it’s a fast card for that too!)