This review was made possible by Fujitsu Malaysia

This is a HUGE notebook, and it’s super pure white (there’s also a black version)!!! 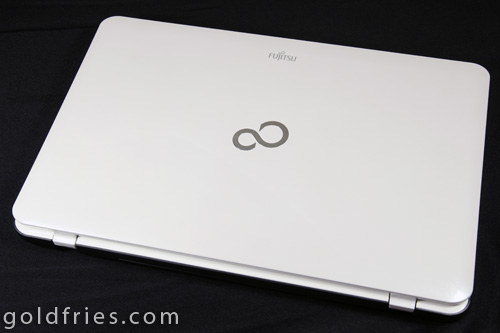 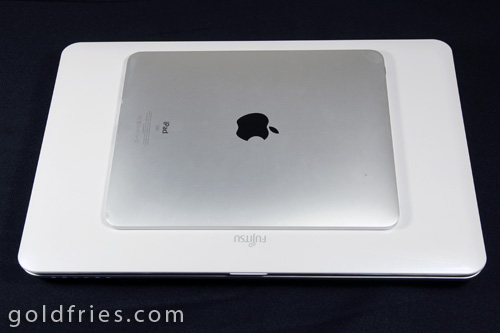 The audio connectors are at the front, right next to it is the SD card reader. It’s awkward to see that they did not provide a plastic piece as what notebooks usually include to shield the port from dirt.

Blue LED indicator lights are on the left. 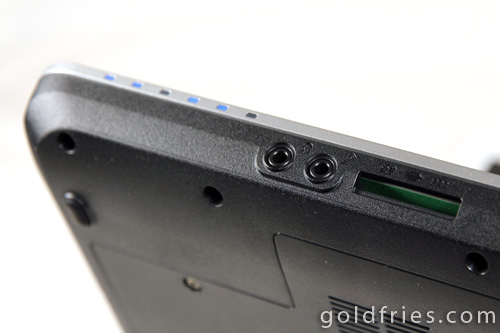 There’s a USB connector on the right side of the notebook, the optical drive and power adapter socket is on the right as well. 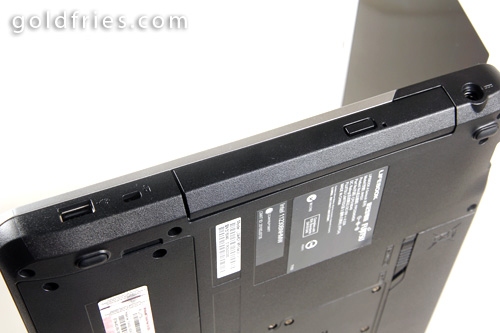 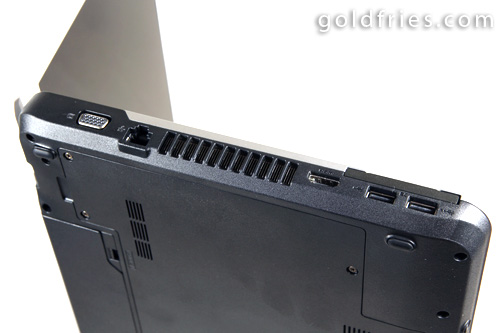 Power-On button that you couldn’t miss. 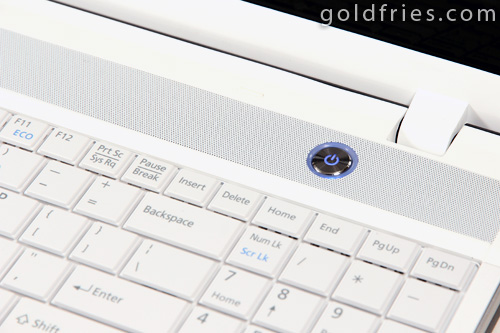 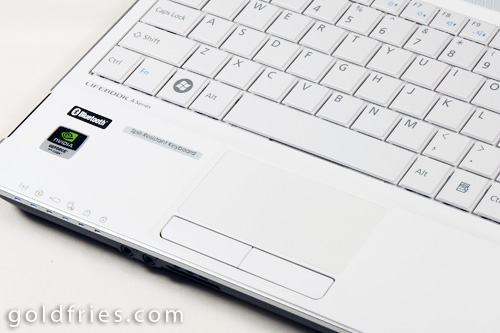 I can safely conclude that this notebook is huge and heavy, coming in at approximately 2.5kg with battery – not something you’d like to lug around for long periods. It’s so bad, even my biggest camera bag (with notebook compartment) could just barely fit it.

Battery life was alright, I tested it with Diablo III full details and The Sim Social on Facebook at full screen. Both systems drain the battery at approximately 1% per minute. The cooling system is audible once the heat builds up. Diablo III gaming performance even at low detail is just barely playable.

What I like about it is the screen size and huge keyboard, and from what I see – people are selling it at around RM 1,700 which I think is a very good price for such a notebook.

If you’re looking for a computer for your parents or just want a notebook with huge screen without paying through your nose, the AH531 might be the one for you. It’s practically a desktop, minus the cables.

It comes with Core i3 processor (minimum spec) with 500GB Hard disk and 2GB RAM, which is more than sufficient for general movie playback (no Blu-Ray though) and even simple photo / video editing.