This is GALAX’s “normal” sized GTX 960, the appearance is distinctly different from the GTX 960 OC Mini-ITX version reviewed a few weeks ago. For a start the shroud looks plain, very unlike that shiny metal-brushed shroud on the GTX 960 OC.

Packaging wise it’s no different from the GTX 960 EXOC as well, the box of the same size and design with only the text changed. 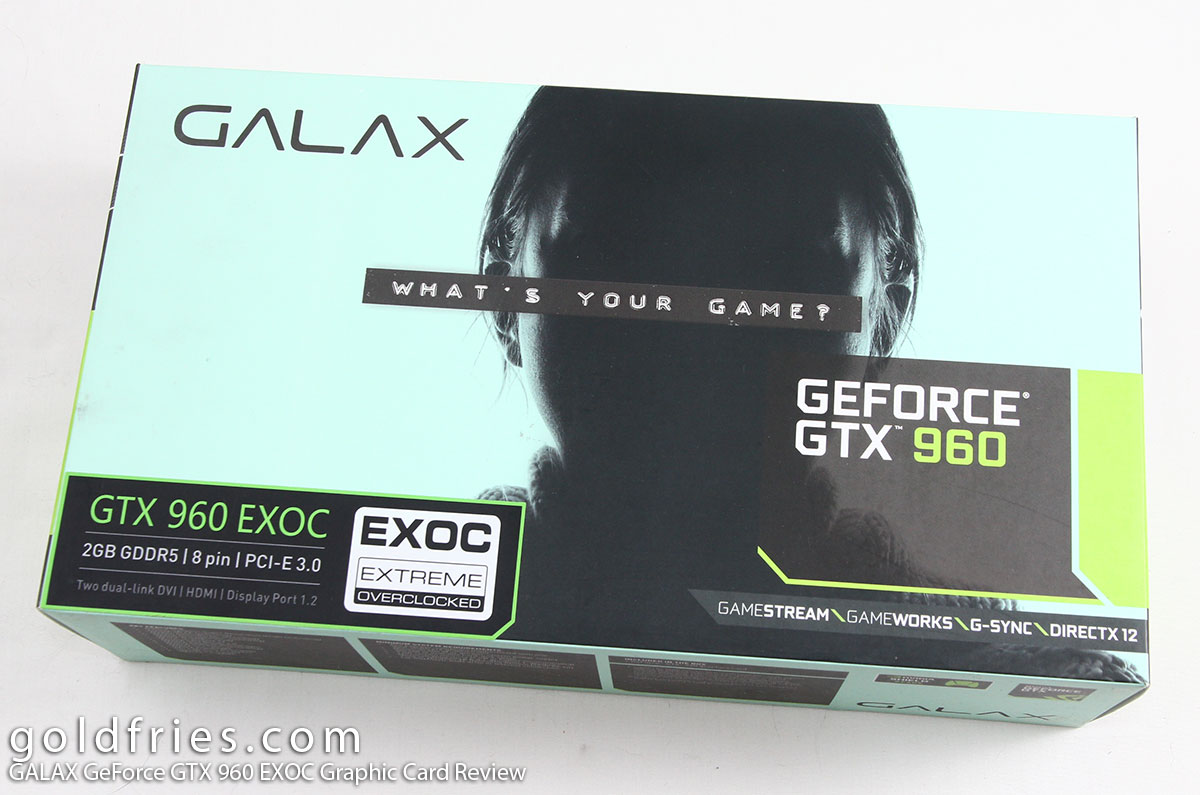 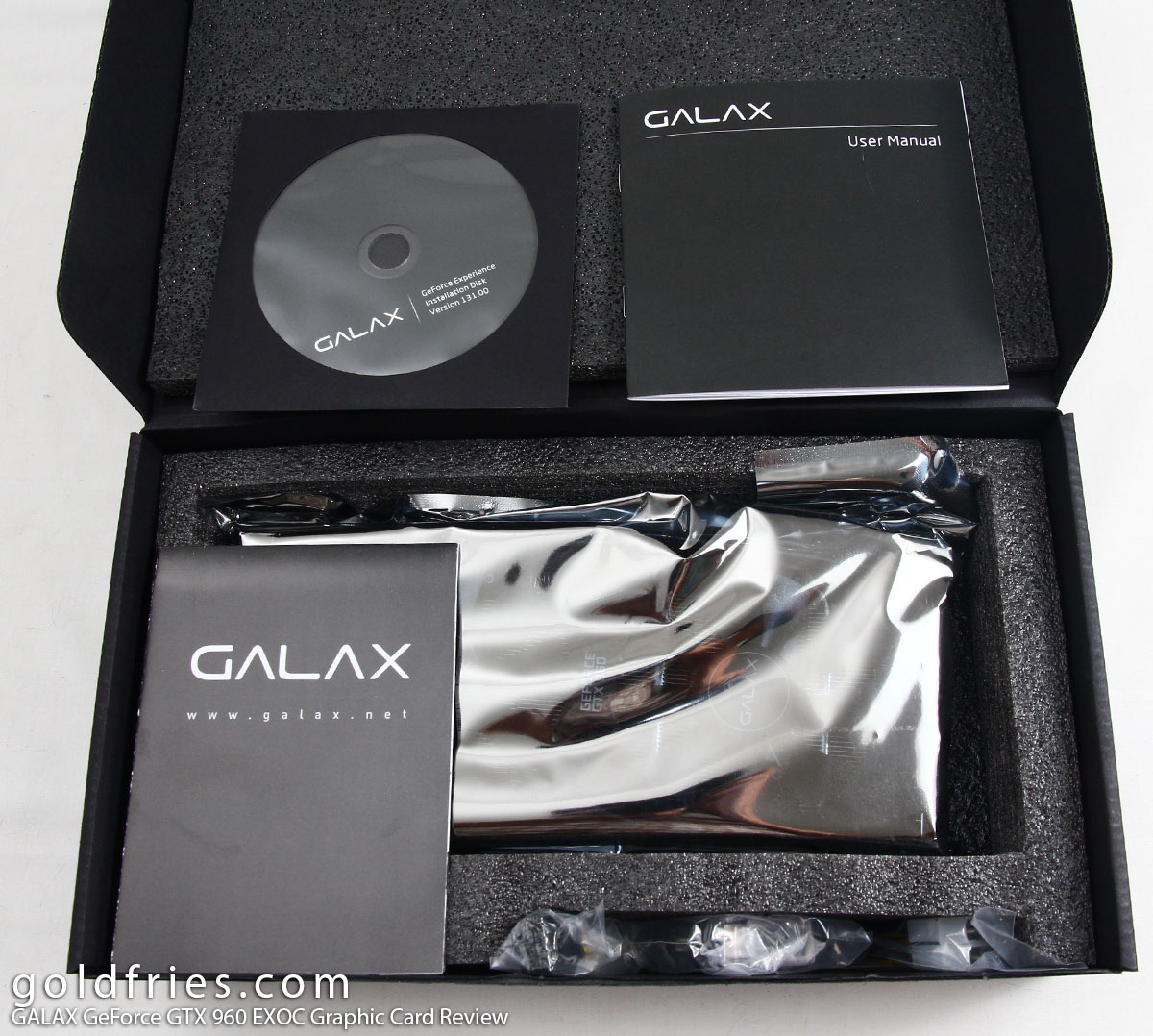 From the top are 3 visible heatpipes, they are silver colored instead of copper colored like the ones on the OC variant. As you can see it also uses 8-pin PCI-E instead of 6-pin PCI-E. 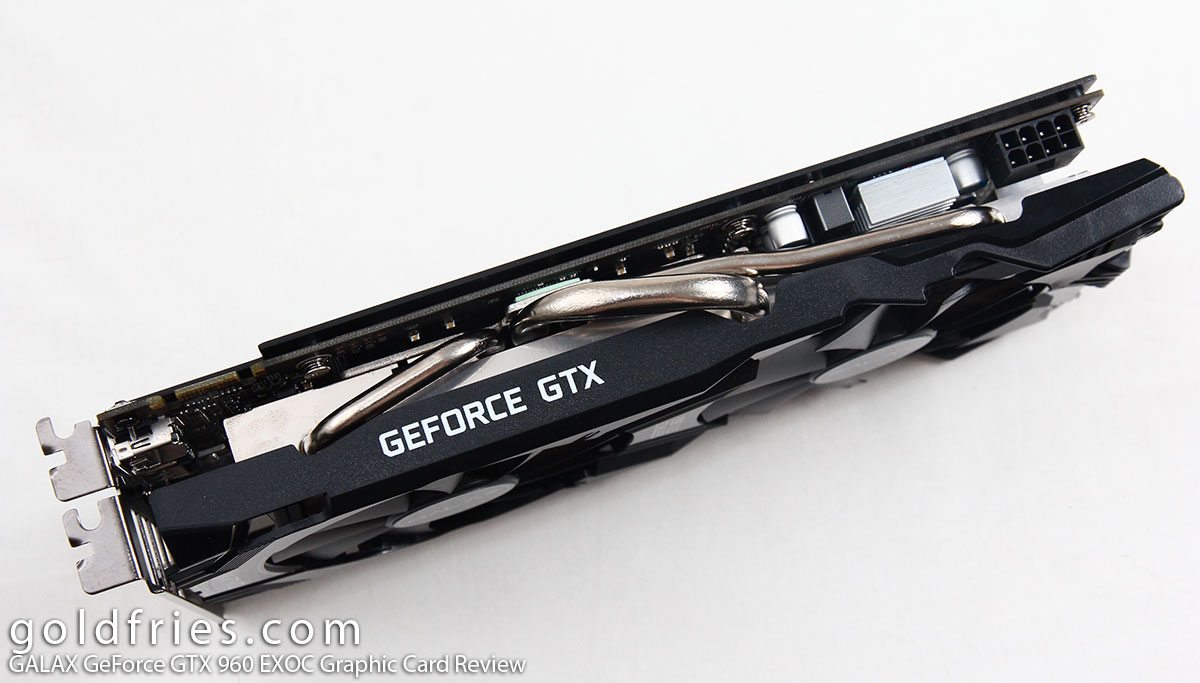 Here’s the view from the bottom. 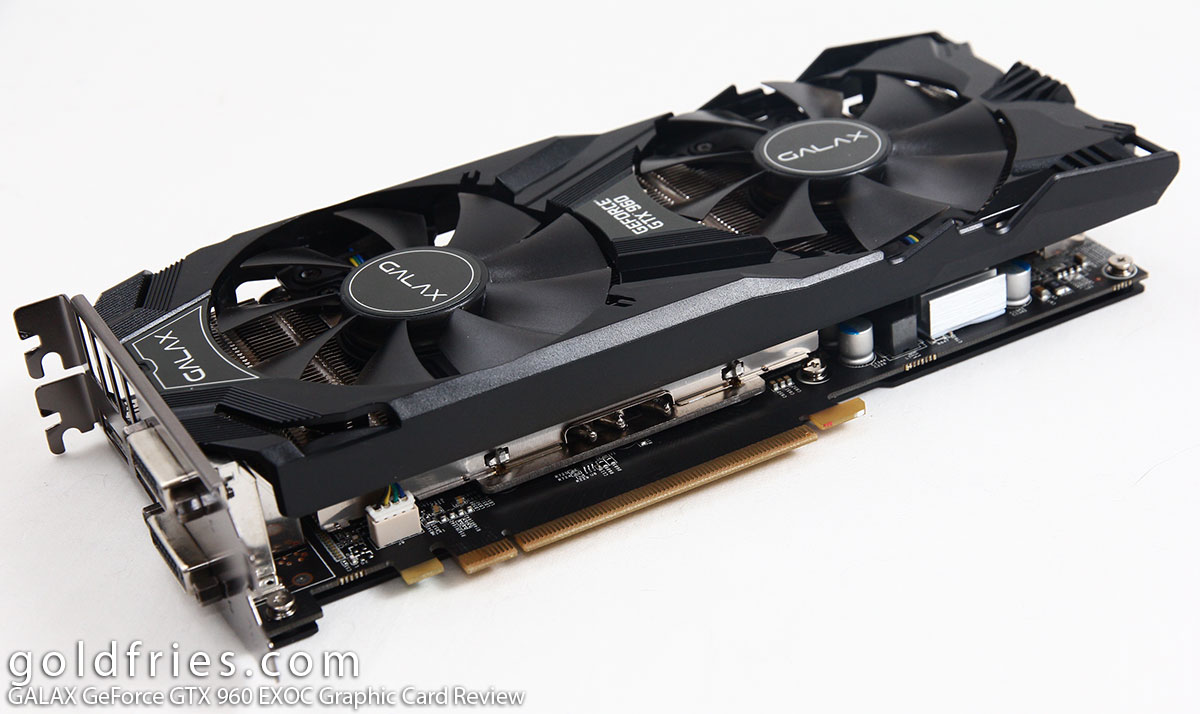 The heatsink is placed very close to the capacitor, RAM chips and VRM to help cooling. 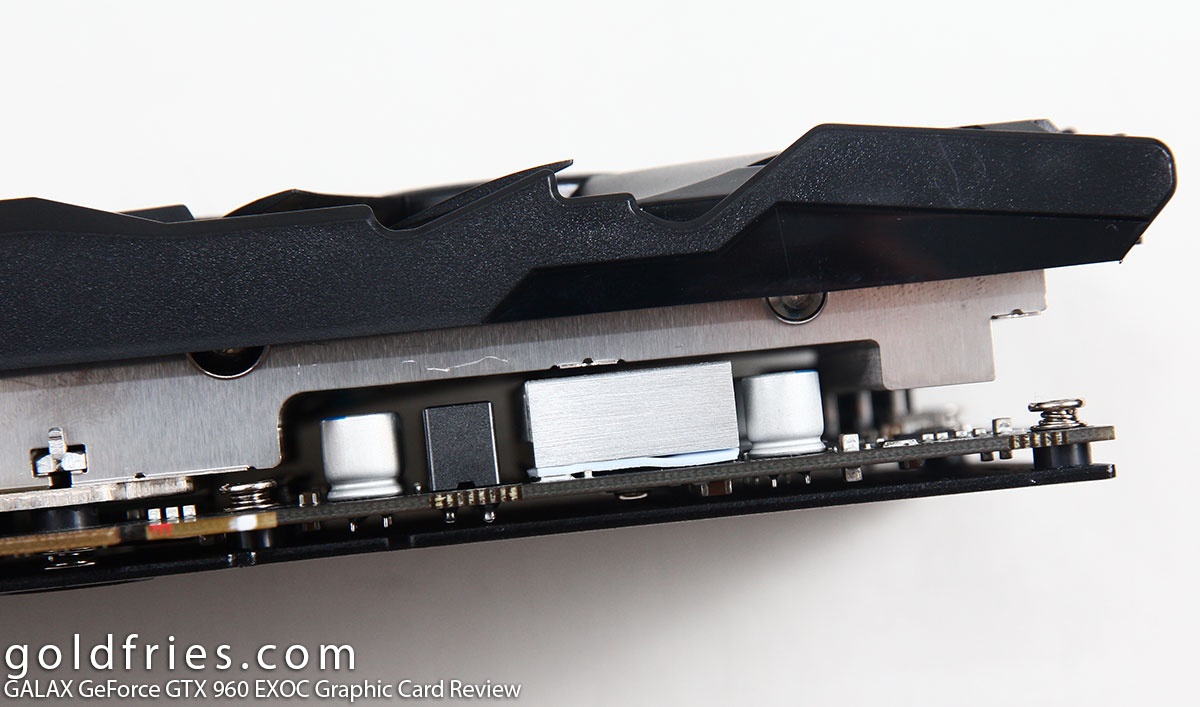 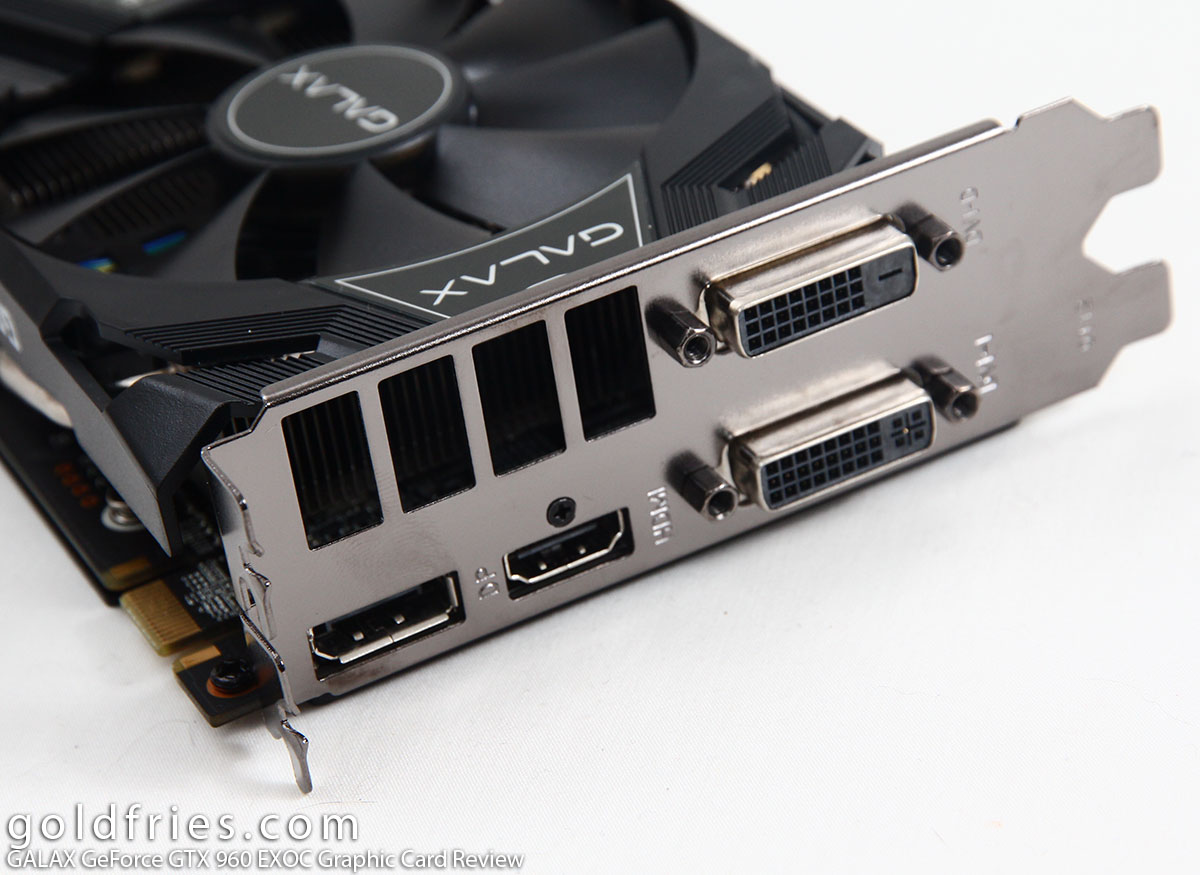 The neat part about this card is that it comes with a sleek looking back plate, not that it’s a long card that holds 2x PCI-E power cable but I appreciate that GALAX had a backplate installed for the card. 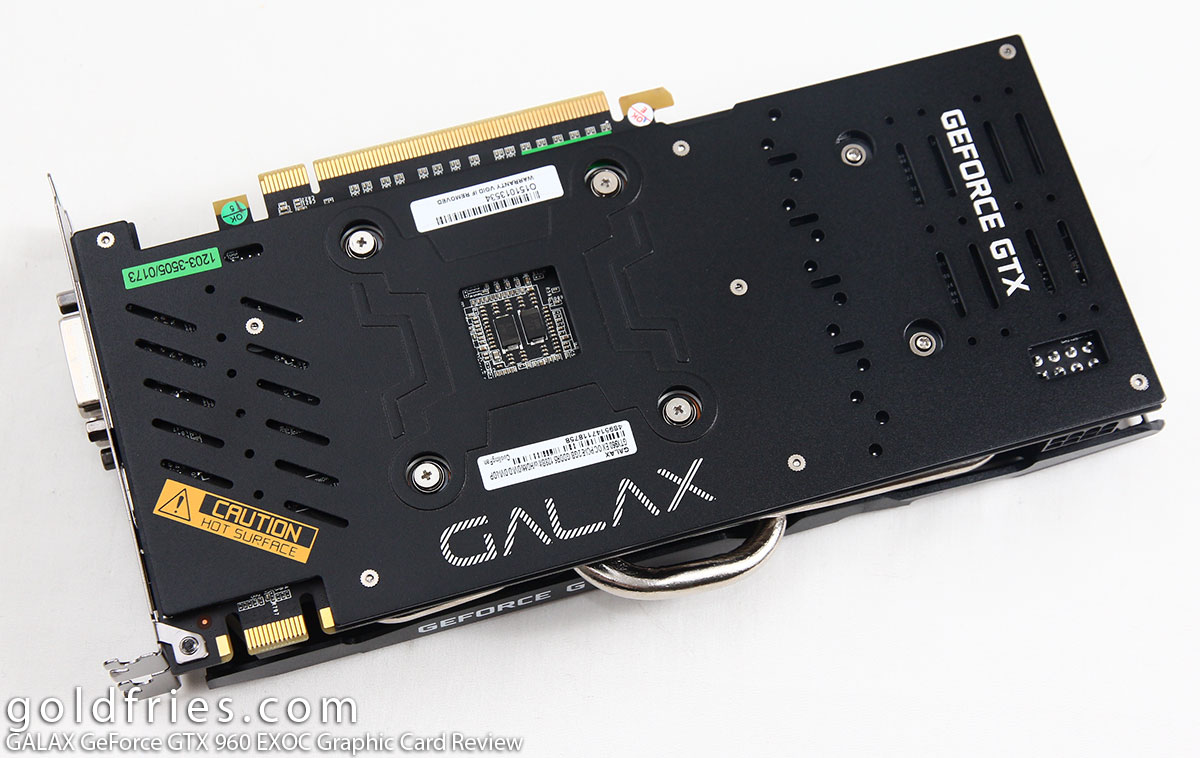 And of course before we reach the benchmarks, here’s the GPU-Z. 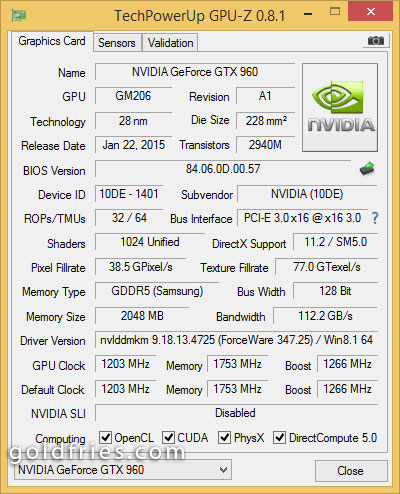 Just as amazing as the GALAX GeForce GTX 960 OC, the EXOC was able to maintain its operational temperature under 70Â°C with less than 45% fan speed and it’s still dead silent. From my observation, the larger heatsink allows better heat dissipation due to larger surface made available so the span spins at lower slightly lower RPM.

The GALAX GTX 960 OC is reported to be at 120W TDP (based on nVidia specs), much lower than many other cards out there, including the 170W R9 285 that’s the closest competition. Below is the power draw comparison between them.

Based on my observation the GALAX GTX 960 OC does hit 120W on load and could draw higher power than stated on nVidia specs, this is probably due to the overclock.

I wasn’t expecting much from this card but to my surprise I managed to pump an additional 100Mhz to the core clock and 100Mhz to memory clock and gained 2 extra frames in Unigine Heaven 4.0!

The GALAX GeForce GTX 960 EXOC graphic card is available now for RM 899, which I think is a very good price for a card with 3-years warranty! It performs exactly the same as the GTX 960 OC Small Form Factor variant that retails at RM 849 BUT it comes with some overclocking potential and being the larger card, it has better cooling capacity and it also has a neat looking back plate.

The beauty of the GALAX GeForce GTX 960 OC is the size (form factor) and the cooler, you can’t get a better deal than this for that price. GALAX’s range of graphic cards are available at CompuZone.