I’m a bit lost on how to begin this review, there are so many things on my mind about Gravity Rush. Don’t get me wrong, the game is awesome and it’s so awesome I just can’t describe it. 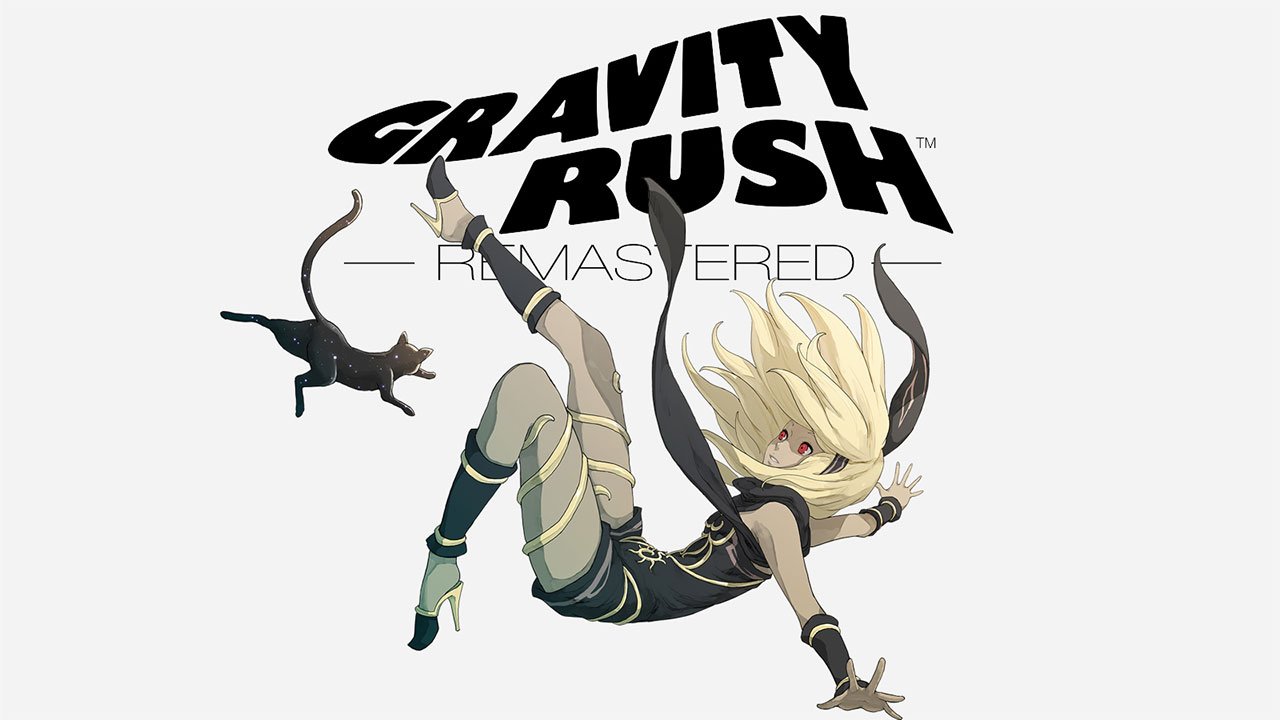 Gravity Rush is about a girl who woke up in an unfamiliar town, she lost her memory but soon discovered she’s endowed with gravity controlling ability. The story flows as she adapts to society and to later discover her past and eventually influence the city’s future.

Gain a new perspective as Kat, a strong-willed girl trying to protect her future in a world that’s crumbling to pieces. With incredible gravity-altering abilities, Kat is the only one who can salvage the floating city of Hekseville â€“ if only she could remember who she isâ€¦

Control gravity with the touch of a button and deliver devastating attacks in this mind-bending action-adventure game. Do you have the courage to battle the mysterious and dangerous Nevi, recover Heksevilleâ€™s lost districts and uncover the secrets of Katâ€™s forgotten past?

– Dive into a world of beautifully enhanced graphics to explore the unique 3D world, stunningly revamped from the award-winning PS Vita original.
– Manipulate gravity with the DUALSHOCK 4 wireless controller, using its built-in motion sensors to give you a new level of control.
– Enjoy extra missions, challenges and costumes with the Maid Pack, Spy Pack and Military Pack, all included in the game.
– Enjoy Gravity Rush Remasteredâ€™s unique comic book art style with over 600 illustrations available to view in the new gallery mode.

Gravity Rush is played from a 3rd person perspective, you control Kat (hero of the story) by navigating her from point to point, this is no different from any other 3rd person shooter.

What’s unique about Gravity Rush is the ability to change gravity, with that the character is able to move any direction. The change of gravity only applies to her, and the gravity is changed, walls and ceilings are as if floors.

The game has some RPGish content where you are able to collect precious gems and upgrade your skills, ability power and so on. With upgrades, you hit harder, you are able to use gravity change longer and you recharge your energy faster and so on. Yes, the character’s control of gravity is not permanent and when the charge is depleted, it’ll take a few seconds to recharge.

The thing about this upgrade feature is that you get to upgrade everything eventually, it’s just a matter of which one you choose to upgrade first. Do you upgrade her kicks to hit harder? Or do you upgrade the gravity movement speed for faster travel time? Or should you upgrade the charge so she lasts longer?

Precious gems are scattered all over the city so that’ll encourage you to meddle with gravity and explore every bit of the landscape to gain as much gems as possible. There are also challenges placed all over the maps, completing the challenges within the stated conditions and you get rewarded accordingly.

The controls for Gravity Rush is pretty easy to pick up and that makes the game extremely fun to play, the game will remind you what to press and the details are always available for look-up in the menu.

Here’s a video on what the game is like.

Gravity Rush is challenging but not too difficult, for example the level bosses and missions do require you to know your controls pretty well but they’re not overwhelming that needs you to reload 20 times just to beat it. I’ve had one encounter where the AI was rather tough and I was low on health, and when I went out of combat range the system placed me at the respawn point that’s where the enemy is firing at.

Naturally my character died and I thought I had to start all over again but that didn’t happen but instead the character resumed the combat with full health! That’s awesome! This is case by case of course, for some mission the lost of life mean restarting but only from a certain point that’s not too far off.

The graphics seem quite simple during the introduction scene but I grew to like it, it’s not in crazy detail like what you see in BloodBorne and other 3rd person shoot games but it is beautifully done.

I love how the story is told using comic-strip style illustration. The game relies on text for all conversation, you’ll hear voices here and there but in some unknown language.

There’s nothing spectacular about sound effects but what I like about Gravity Rush is the beautifully composed soundtrack, the soundtrack changes from town to town, you’ll get a different soundtrack for challenges and cut scenes.

The only thing I didn’t like about Gravity Rush is that the non-comic strip conversations can be a tad fast, not always but I do miss some text here and there but it’s rare.

Gravity Rush Remastered – this is to me a perfect game, well almost perfect but I’d like to give it a perfect score simply because I’ve not had such a great time with any game for a long while. The story is great, the gameplay is extremely unique and exciting, the game is graphically stunning and the soundtracks are memorable. What more could you ask for from a game?

Oh and let’s not forget, the game is priced at only $29.99 USD which makes it even more awesome!