If you remember my Diablo III Review, I gave it a horribly low score because the game was ridiculous in many ways.

Did Reaper of Souls (RoS) expansion make the game better?

Yes it did BUT a little bit of history on the changes before RoS.

Earlier this year, they introduced Loot 2.0 and removed Auction House.

I tried the game before RoS was released and Loot 2.0 was really nice, the drops are finally relevant, more often and boost the stats quite significantly. With Loot 2.0, Auction House wasn’t necessary any more.

As of now, difficulty setting starts from NORMAL, and it gets more difficult with the higher settings like HARD, EXPERT, MASTER and TORMENT. TORMENT difficulty has 6 levels of which the highest one is where the AI has 8590% Health and deals 2540% Damage and you gain 1600% extra gold bonus and 1600% extra XP bonus.

With the launch of RoS – you now have

New character, quite fun to play but he’s really slow on when it comes to movement speed. 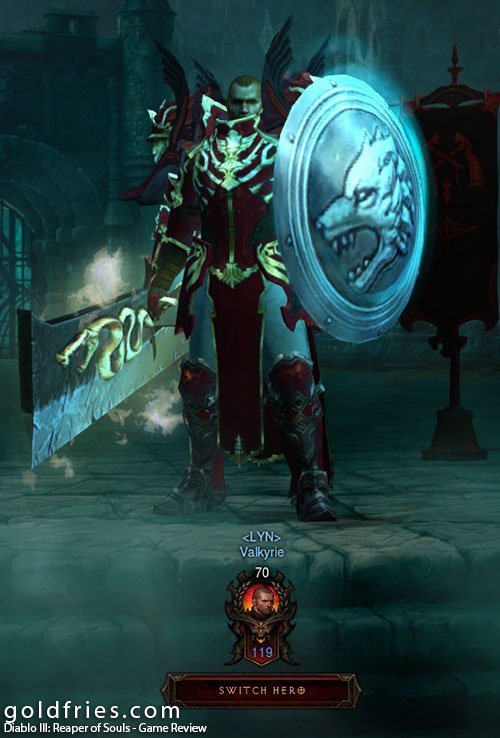 Act V is a continuation from the Act IV where everything ended but you MUST finish Act IV before being able to start Act V.

Instead of mindlessly repeating the campaign quests like before, you now have Adventure more. In Adventure mode, you could do bounties where you are rewarded (goods, exp, gold, materials) upon completing the bounties of each map.

If bounties isn’t your thing then you could do Nephalem Rifts where random map and monsters are generated, and you’ll have to kill as many of them to reach 100% mark where the Level Boss appears. The catch is that you need 5 Rift Keystones to open a Nephalem Rift so like it or not you’ll have to do bounties before being able to run rifts. 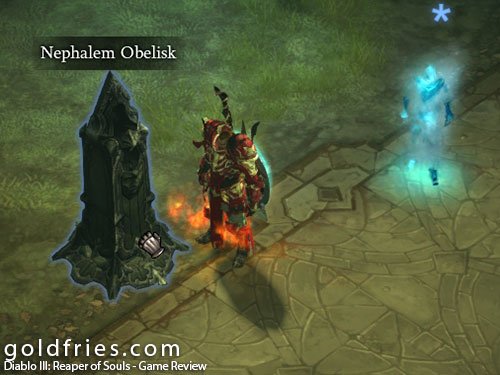 Got a nice drop but it’s DEX instead of INT? No worries, you can try to modify it as long as you have the materials and can afford to lose gold. Each time you roll the stats, the cost increases. 🙁 You could even change the appearance of your equipment. 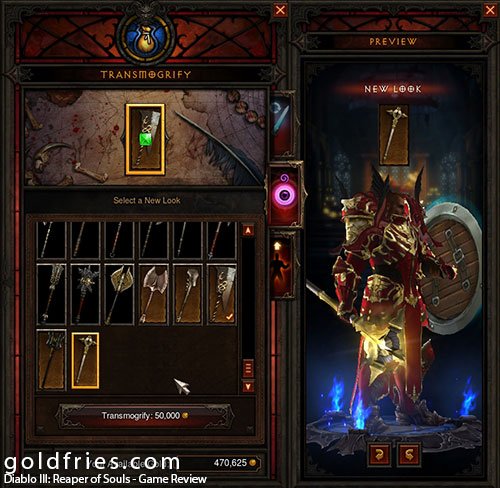 Oh yes, they are lovely but they’re also very costly to create. 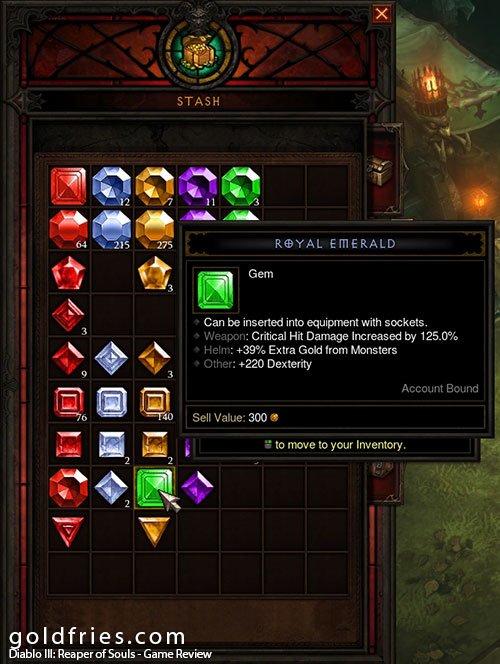 Once you start Reaper Of Souls, the characters at Level 60 will no longer have EXP contribution to the Paragon Levels. It will contribute to the core levels instead, it will then continue with Paragon Levels after level 70 is reached.

As you complete bounties and rifts, there are blood shards as part of your reward. You can use the blood shards to gamble with an NPC named Kadala, where random gears can be bought.

Now you can join friends, it makes gaming less boring as you get to see what your clan-mates looted.

You could even learn a thing or 2 through discussions. I did have a few mishaps happened as I attempted to converse while engaging Elite packs. 😛

The Reaper of Souls expansion costs USD 39.99 and it’s well worth the price if you already own Diablo III. Even if you haven’t, Diablo III is a much better game now than before.

The game itself is quite fun now, especially with the new modes. Most people have completed Act V and reached level 70 on their characters but what drives the player to continue playing is the fun of crafting equipment and gathering materials and gold to roll the equipment for better stats. Changing of gear stats and gambling look were clearly taken from Torchlight II.

Reaper Of Souls is what Diablo III should have been. Blizzard’s effort to improve the game is truly commendable, it’s not an easy task to bring someone who condemned and abandoned the game (such as myself) to be return to the scene with praises. 🙂 Kudos to Blizzard!

I even did a video for the Crusader!