This is the 2nd APU we have at goldfries.com, first one being AMD’s E-350 seen in the Asus E35M1-M PRO Motherboard Review.

Today we have AMD’s Llano processor, a quad-core 2.9Ghz processor with 4MB cache and consumes around 100w of power on load. It also has an onboard HD 6550D GPU.

This review was made possible by AMD

What is an APU?

Ok well I said processor BUT I really would like to show the box – the APU with red packaging certainly breaks the traditional green themed packaging for AMD processors. 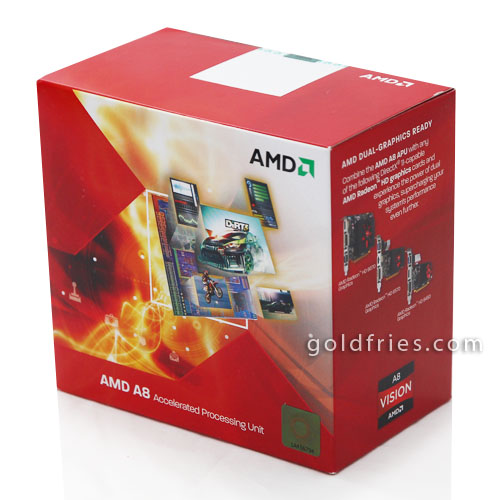 Here’s the processor itself. 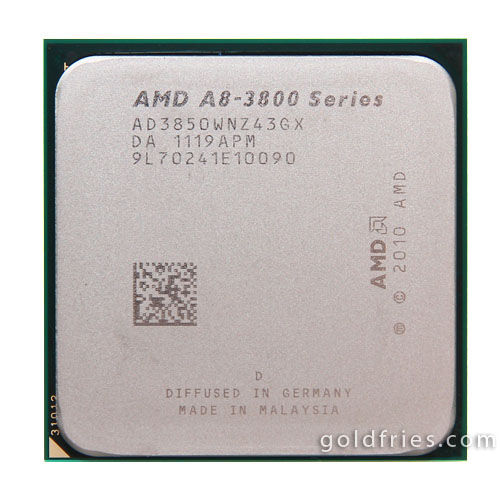 And here’s a comparison between the Socket FM1 (left) and the Socket AM3 processors. 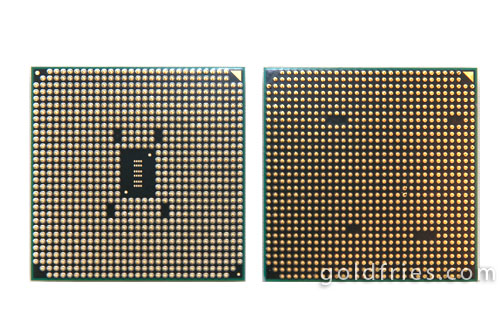 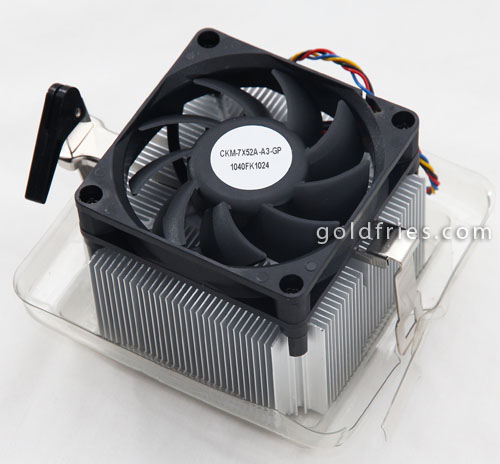 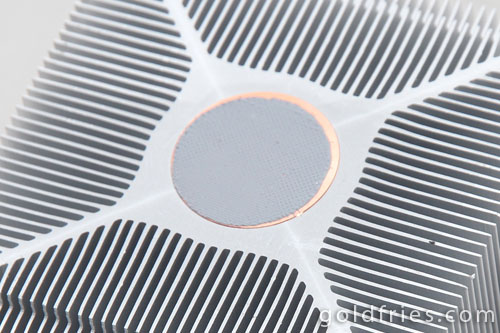 Yes, it has copper core.

I’m using the MSI A75MA-G55 board with 2x 2GB DDR3-1333 with the APU, managed to overclock it to 3.6Ghz without even touching the vCore but looks like the system boosted it automatically. 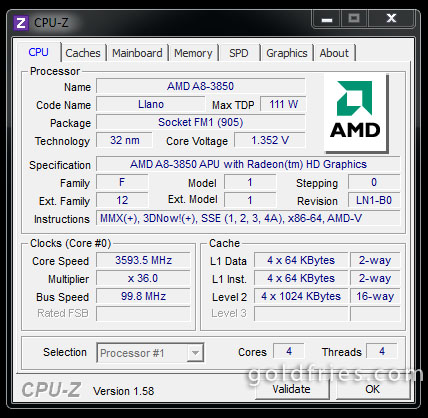 Encoded the videos and converted the photos without any BSOD or crash.

Quit some difference there. The i7 does show signs of utilizing multiple threads.

Let’s go to the next page (links just below, just scroll down a bit.) for the GPU performance and the rest of the content.