This review was made possible by AMD 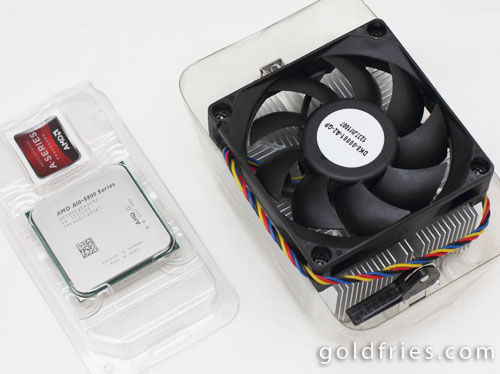 A close up of the processor. 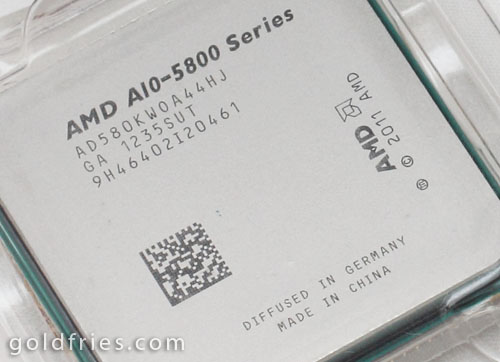 The processor was paired with the Gigabyte GA-F2A85X-D3H socket FM2 motherboard.

The encoding speed increases on each overclock. 4.2ghz was attainable without voltage boost. 4.4ghz was attained with 0.1 vcore boost, it completed this test but didn’t pass Intel Burn Test. Nevertheless it shows quite some OC potential. The 6 core still holds the lead.

I spent some 6 hours or so trying to get Hybrid Crossfire up and running as what I did with the A8-3850 last time but to no avail, so I’m going to go with my “best estimation” of what the Hybrid CFX setup would be like.

I will base my estimation on the benchmark for Lost Planet 2 and Unigine Heaven 2.0 in the A8-3850 review. With that, I think a good way to estimate is to add 50% of the performance of the IGP to the HD6670’s performance.

Hexus ‘s review of the processor shows little to no performance boost, which I would agree with them. Even with the full performance of the IGP added to the HD6670, it won’t be a miracle in performance.

Of course take note that I tested it on 4x AA but seeing how close the A8 and A10 IGP performs, you can refer to the A8-3850 review to estimate the performance.

I maxed out the readings on the APU and from what I saw – there’s temperature reading problem for the APU. It’s just exactly as what’s seen at Legit Reviews

When I first ran it on load with x264 encoding, HWmonitor shows the system idles at 50c (which is very hot for idle) and 100c on load (which is terribly hot for load!). Even in BIOS / UEFI, the heatsink fan was spinning like crazy.

Then I loaded Gigabyte’s EasyTune6 to see it reporting some 30 – 35c lesser than the BIOS reading. Is this correct? 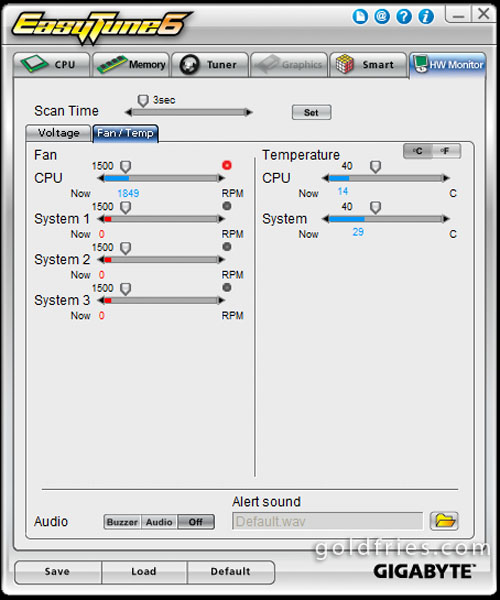 Typically a processor on idle in a cooling environment (my test environment is 25c) – the processor will idle around 25 – 35c, depending on heatsink type, fan speed and all.

It will not be at 14c because at 14c, that means the processor would be absorbing heat from my lab. Furthermore this setup is just using the stock heatsink that came with the processor, not a liquid nitrogen setup.

My conclusion for this? The temperature should be in between. It’s most certainly not 100c as I have actually touched the heatsink when the reading was 100c and it wasn’t even close. So going on a simple approach.

I think this is a fun processor and worthy of recommendation. Sure, the temperature reading is a bit problematic but you could get an AMD A10-5800K setup for about RM 700 or so, the processor costs about RM 500 while the cheapest FM2 board is about RM 220.

I think the plus point is that it’s overclockable. Just a quick tweak and it’ll bring you places, look at how it compares to the X6 1100T and the i5-2500K on various tests.