As to the choice of class – the descriptions are not helpful in deciding what to play so you could do a little bit of Google of what’s good and bad. The game’s been around a while so there are quite some guides around. There’s no special task to be part of the glass, just click CREATE and you’re there.
As you can see from the character sprites so far, they’re more towards cartoon (anime) style which appeals to many. Those of you who like REALISTIC characters, this is not the place.

This is what my character looks like – blue eyes, white hair, bunny hat and slippers. There seems to be weather element in the game, there’s snow in the image below and when I logged in at night, the scene was darkened. Quite neat a feature there. 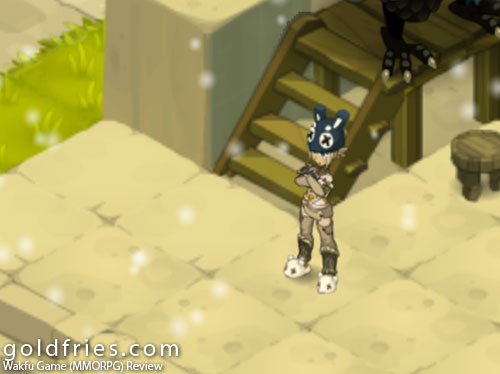 Much of the game involves interacting with NPC for quests and information, nothing unusual from the RPG part. 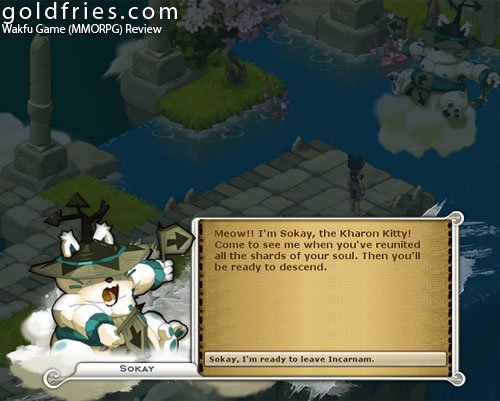 What makes Wakfu stand out is the turn-based combat system, much like those found in Final Fantasy series. If you have only been playing games like WoW, Guild Wars 2 and Ragnarok online then turn-based combat could be something very new to you. 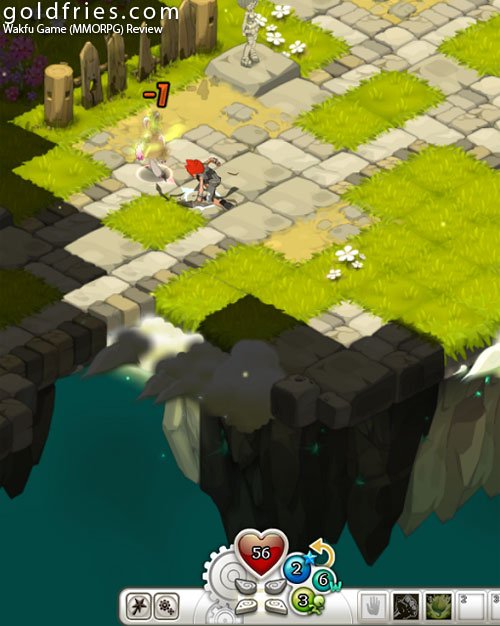 😀 People like me on the other hand, have been playing games even before Real-time games like Real-time Strategy and MMO were made available. Back then, strategy games were mostly turn-based, ahhhh reminiscing the good old days of playing turn-based strategy games by KOEI.

Once you won a combat, you’ll be show details like experience gained and loot acquired. 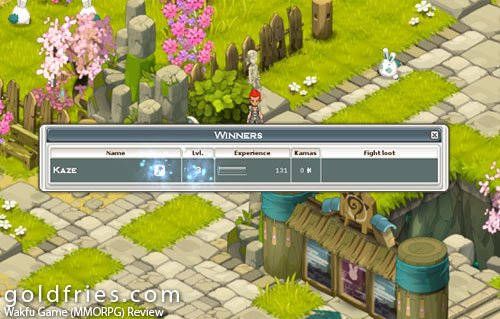