Here’s the CPU-Z capture of the Intel Atom Processor Z3580 used in the ZenFone 2. I know they’re numbers, it’s not something I could express the performance level in words, furthermore it’s on an Android based system on a mobile device rather than the usual computer BUT what I can tell you in the best possible layman-way YET maintaining it reasonably technical is that the Z3580 is actually as powerful as the processors found in low-end notebooks and tablets.

In fact I would say that it’s more powerful than a 2012 Intel Atom processors used on desktop computers, and it is a 64bit processor with 4 cores for processing capacity. 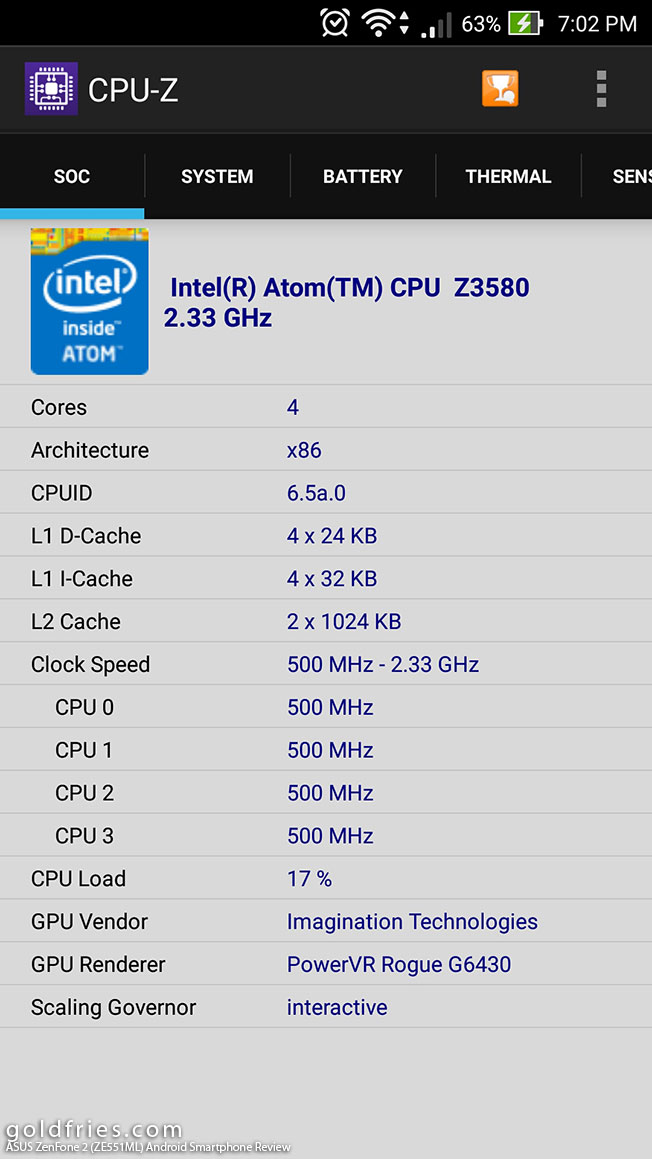 Powerful processing power (no pun intended!) aside, the ZenFone 2 comes with 4GB RAM – the first in the industry to do so. As you can see in the screenshot below, I had only 1GB RAM free! I’ll elaborate more on this after the benchmarks. 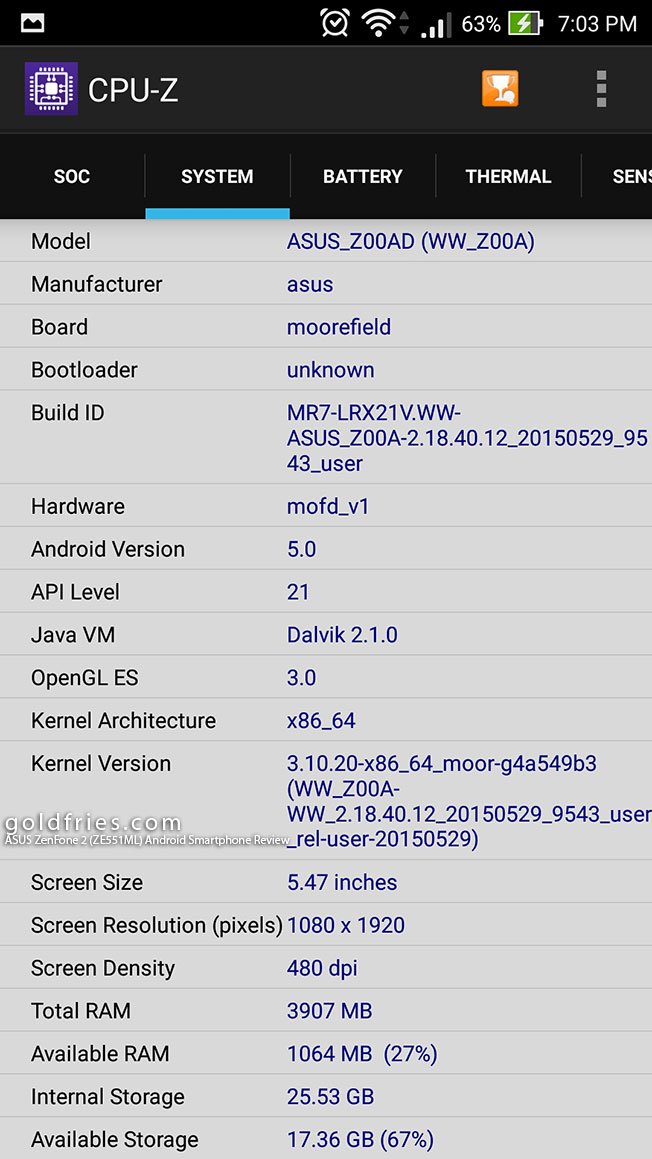 Let’s have a look at the benchmarks.

The ZenFone 2 does perform well, in fact it did somewhat better than the Samsung Galaxy S6’s by overtaking the score by slightly over 400 points BUT that’s not the full picture. A side by side comparison of the score and we see that they trade blows.

The ASUS ZenFone 2 is behind the Samsung Galaxy S6 in terms of graphic performance BUT the Intel processor on the ASUS ZenFone 2 does perform better when it comes to computations and winning a significant lead over the Physics test.

Next up is the Antutu benchmark.

Unfortunately Antutu isn’t able to run 64bit test like what it did with the Samsung Galaxy S6 smartphones I reviewed. 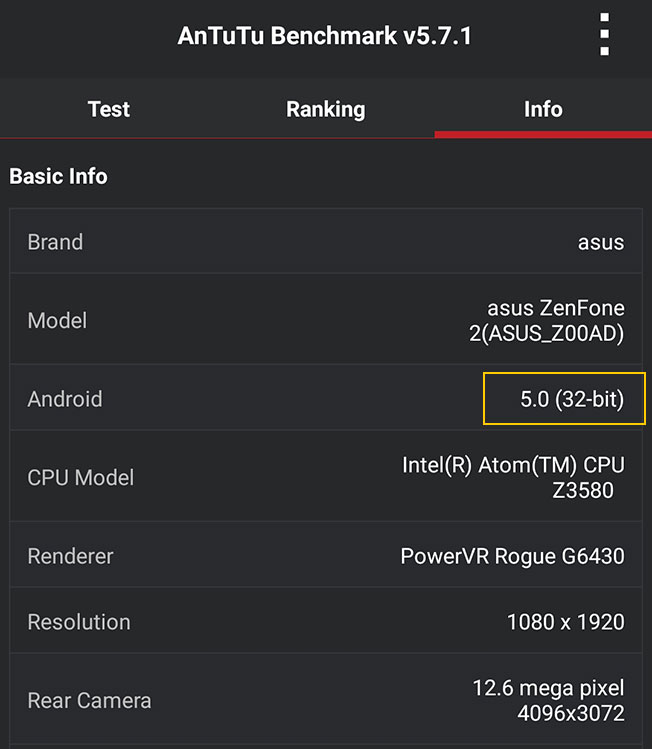 Yup – ASUS ZenFone 2 comes with 32-bit OS. Look ASUS, I’m sure you have your reasons why is it so but being one who attended the grand launch and followed the ZenFone 2 updates and all, I feel cheated in some ways when I come to know that I have a 64-bit device that does not run 64-bit apps. 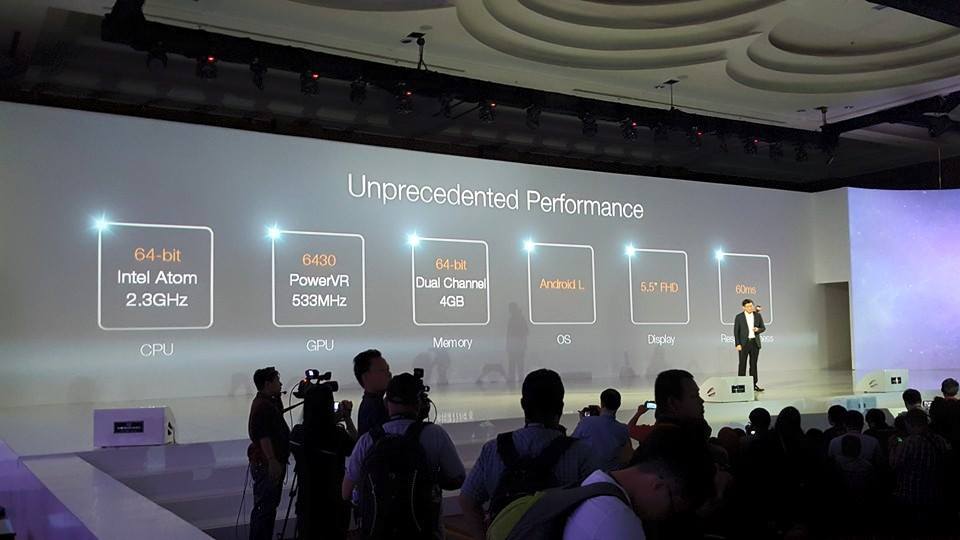 Performance For Today, And Beyond? 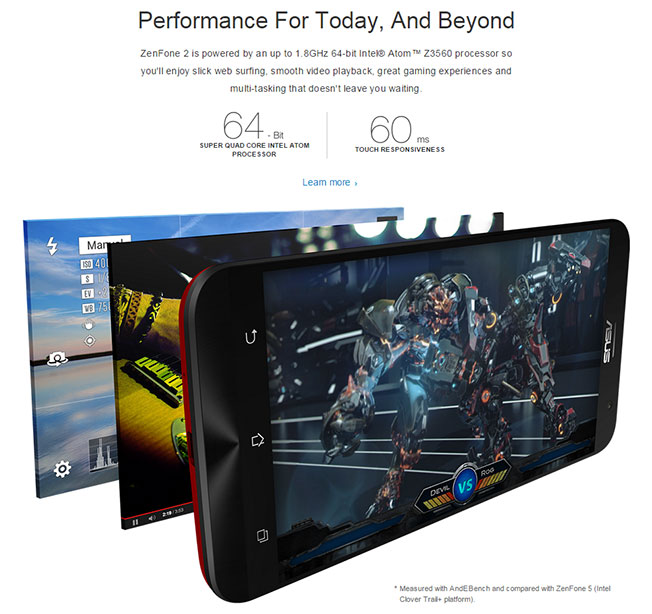 Nope, it’s performance for BEYOND. Not today, what you get today is a 64-bit processor stuck on a 32-bit OS. 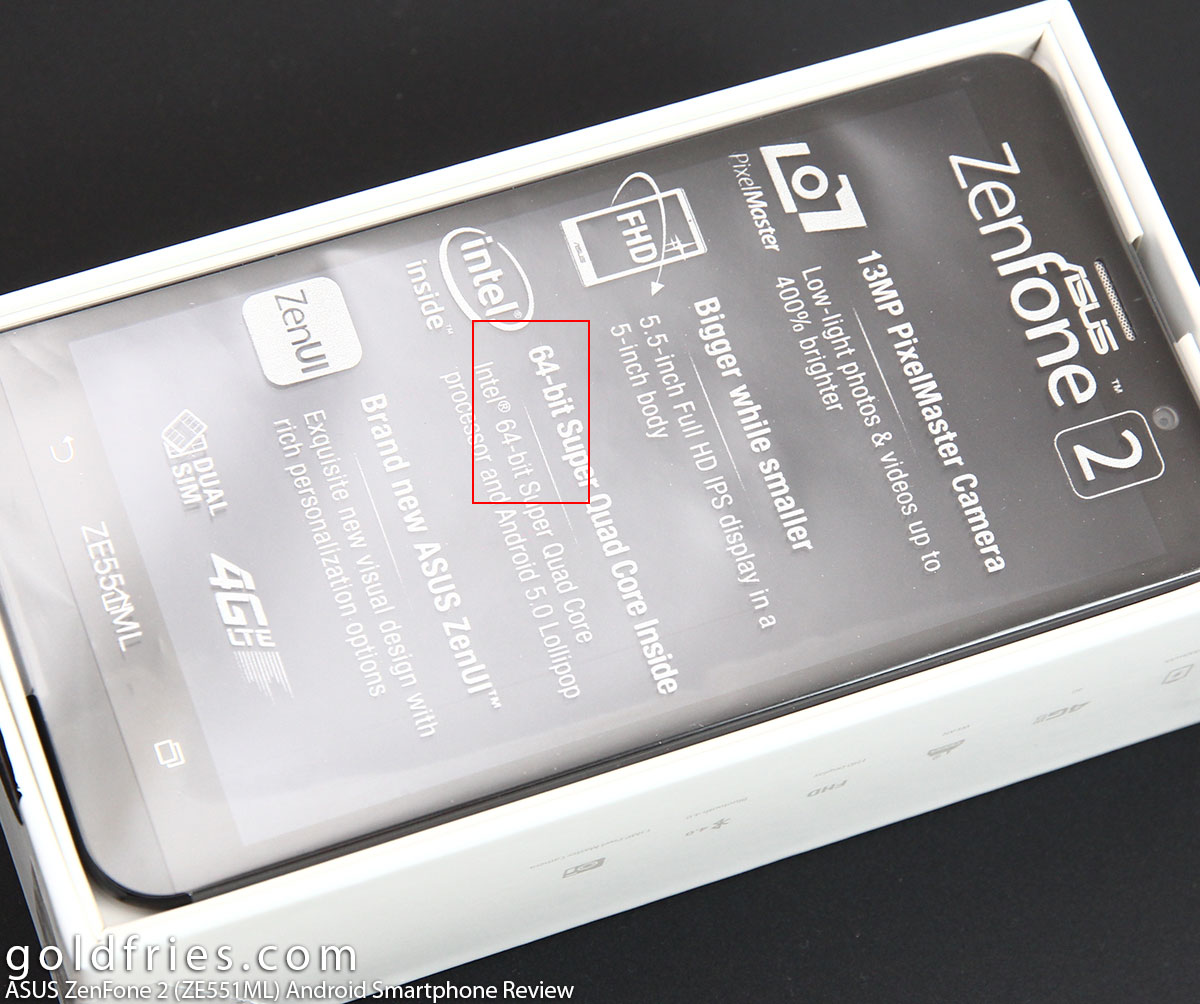 please note as of now Zenfone 2 is coming with lollipop 32bit version.
We have highlighted the concern with relative department.

Here’s also a discussion about the 32-bit OS On ZenFone 2.

Seriously ASUS with so many “64-bit” all over the place – I think the should work as advertised.

Now again, a comparison with the Samsung Galaxy S6 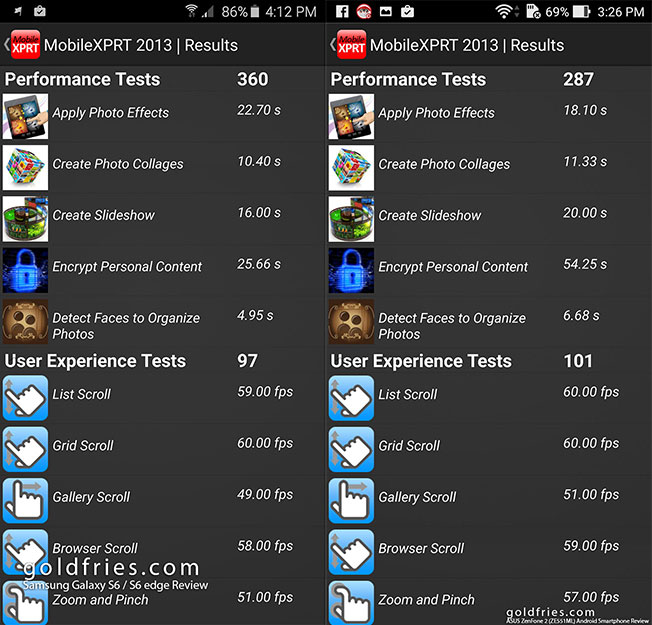 Again the ZenFone 2 traded blows with the Galaxy S6, losing quite a fair bit when it comes to processing but having slight edge on User Interface experience.

To sum it up, the ZenFone 2’s performance is good and certainly offers better price to performance ratio than the competitor’s flagship product. I’m expecting the ZenFone 2 to have even better performance once the OS is upgraded to 64-bit.

The memory size available to the ZenFone 2 is unprecedented at the time of the product’s launch, so is that 4GB memory size helpful?

I must clarify though that the 4GB RAM size is NOT a performance booster. Think of it as an endurance booster instead. This means it takes A LOT longer before your device turns sluggish due to lack of memory.

The Android operating system does a great job at handling memory and trying to max out RAM usage is not as easy as running multiple apps and all, I did try have multiple apps (games and such) with more than 20 browser tabs open but it doesn’t exhaust even my device with 2GB RAM but I do come by occasions where the OS shows that the RAM is very low or in one particular case, a crash due to lack of RAM.

By having 4GB RAM means there’s a lot more headroom to go about with the device without having to worry about memory shortage that may lead to an unpleasant user experience, like sluggish performance or crashing of app.