Smartphones are so good these days it’s pretty difficult to come by any bad phone once they’re priced around and above the RM 1,000 mark. Well, at least that’s what I thought until I tried the Vivo X5 Pro that retails at RM 1,599. 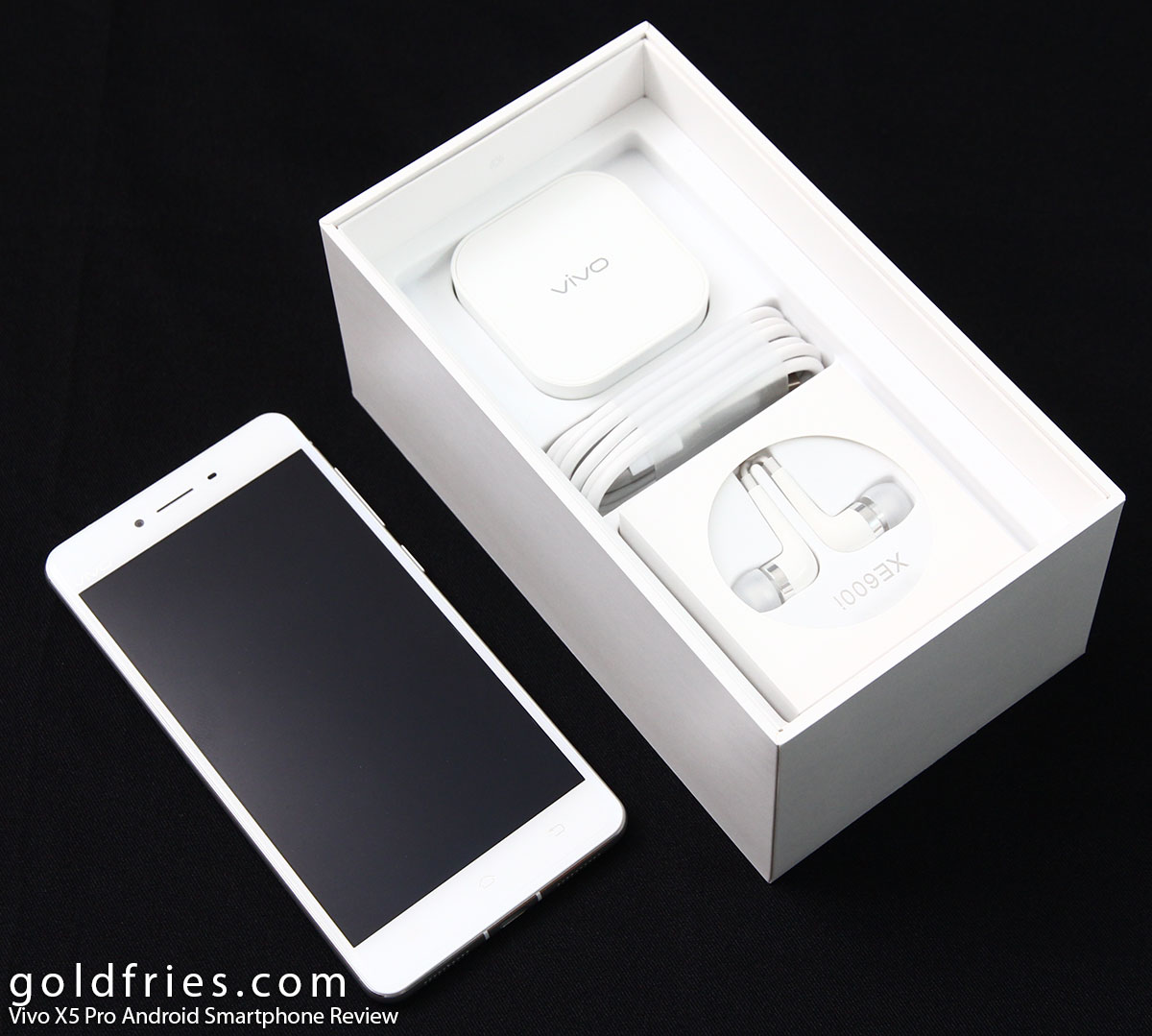 The Vivo X5 Pro’s packaging is almost unmatched, it comes in a white box that shouts “classy”. Even at this point you might feel that the design cue was taken from Apple’s.

Here’s the phone from the front, a sleek look LCD screen in white. 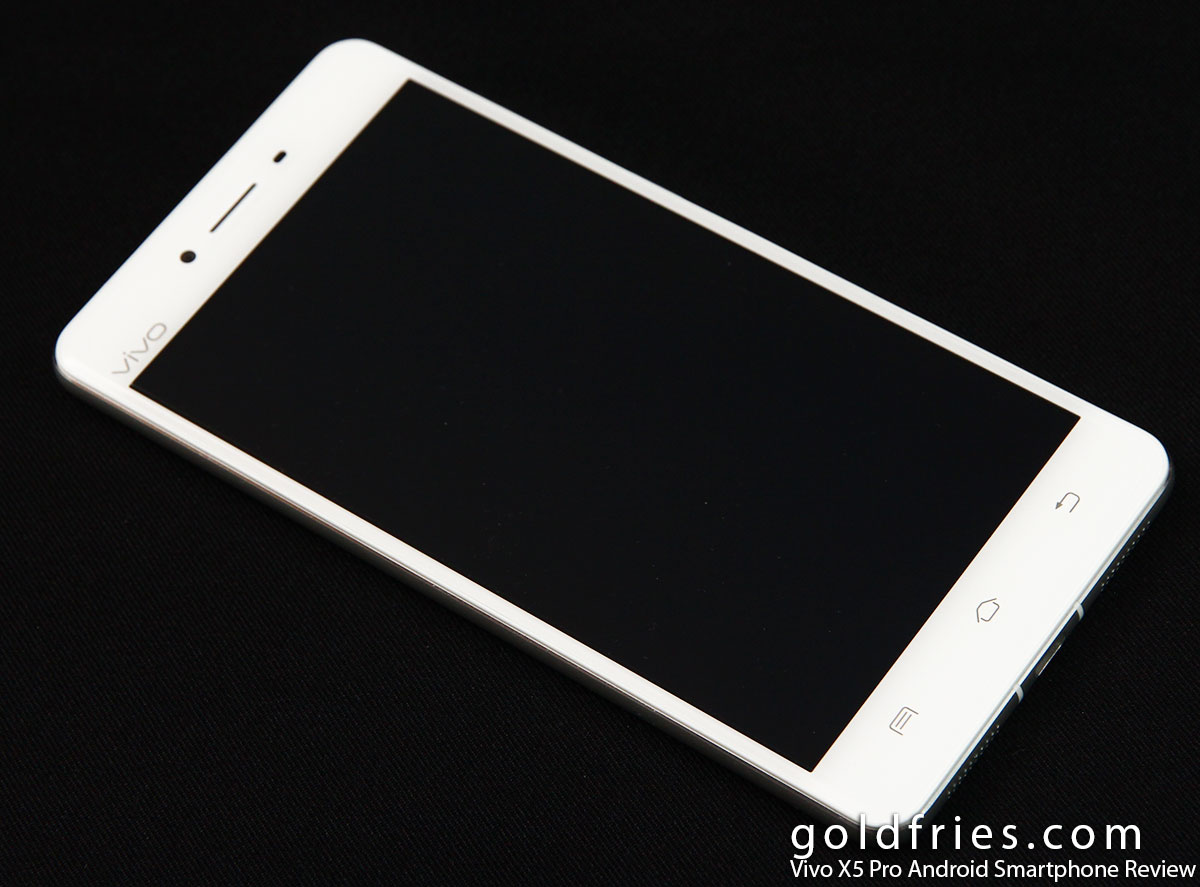 And here’s the view from the back. 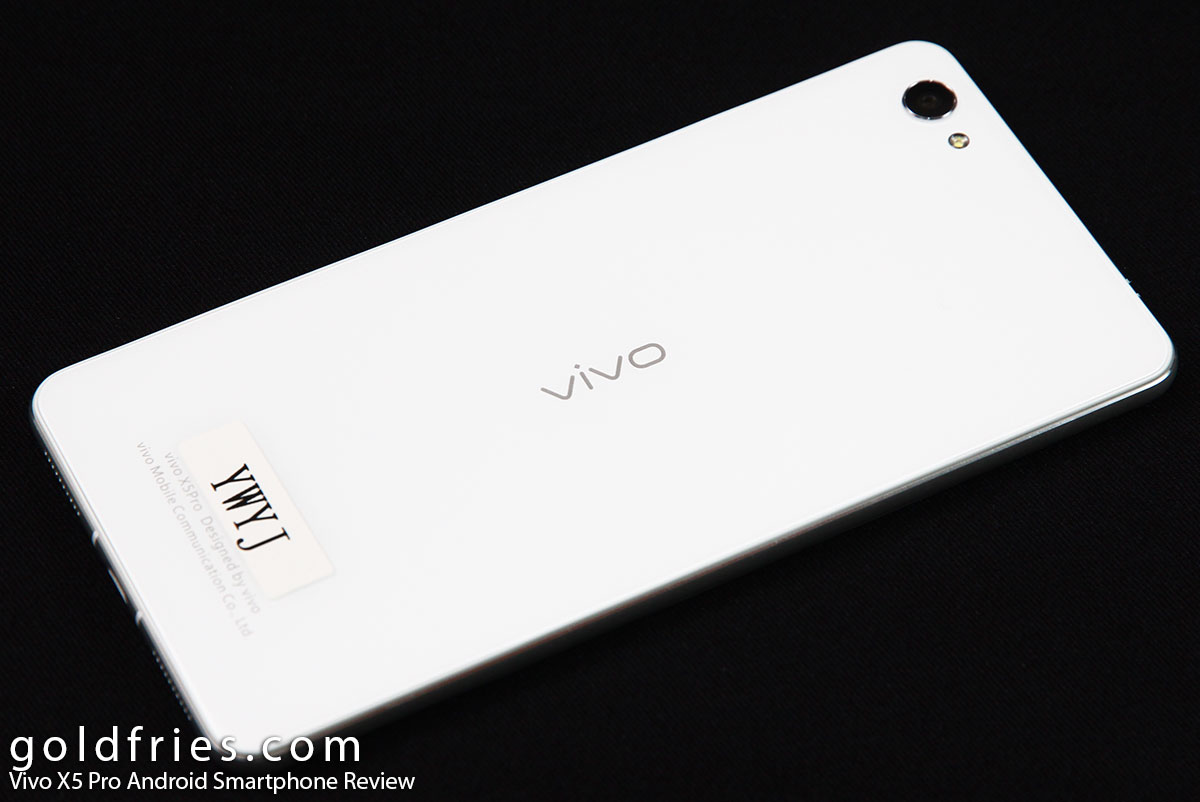 Upon closer scrutiny – does this look like an Apple iPhone 6? 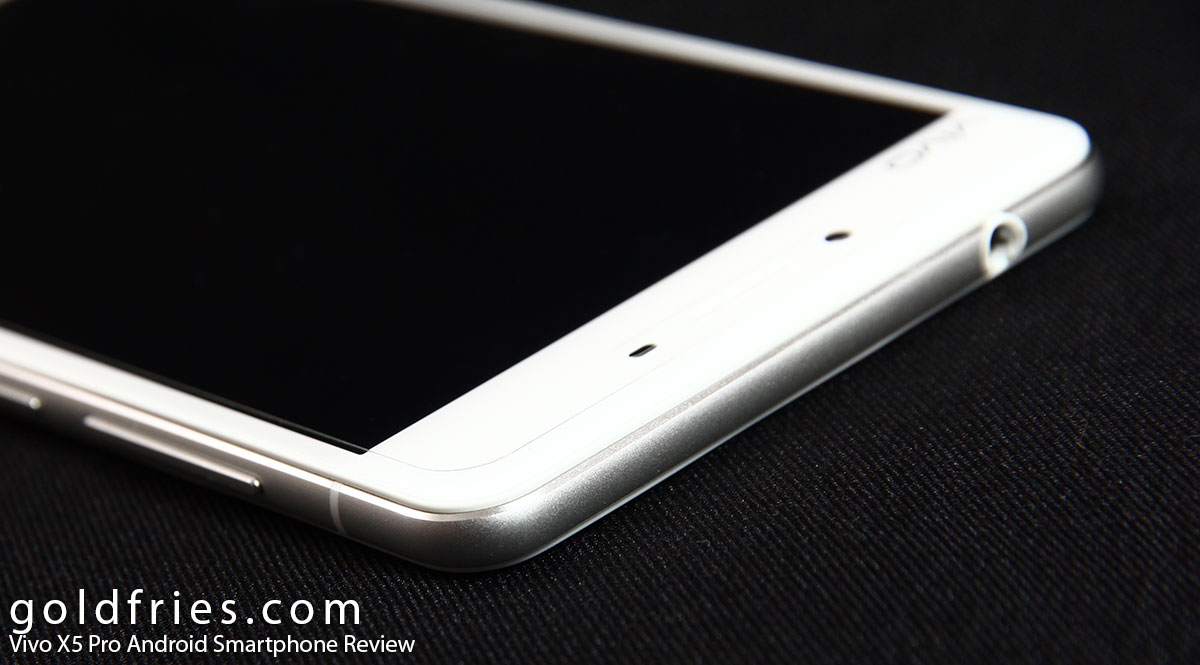 OK so how about this? 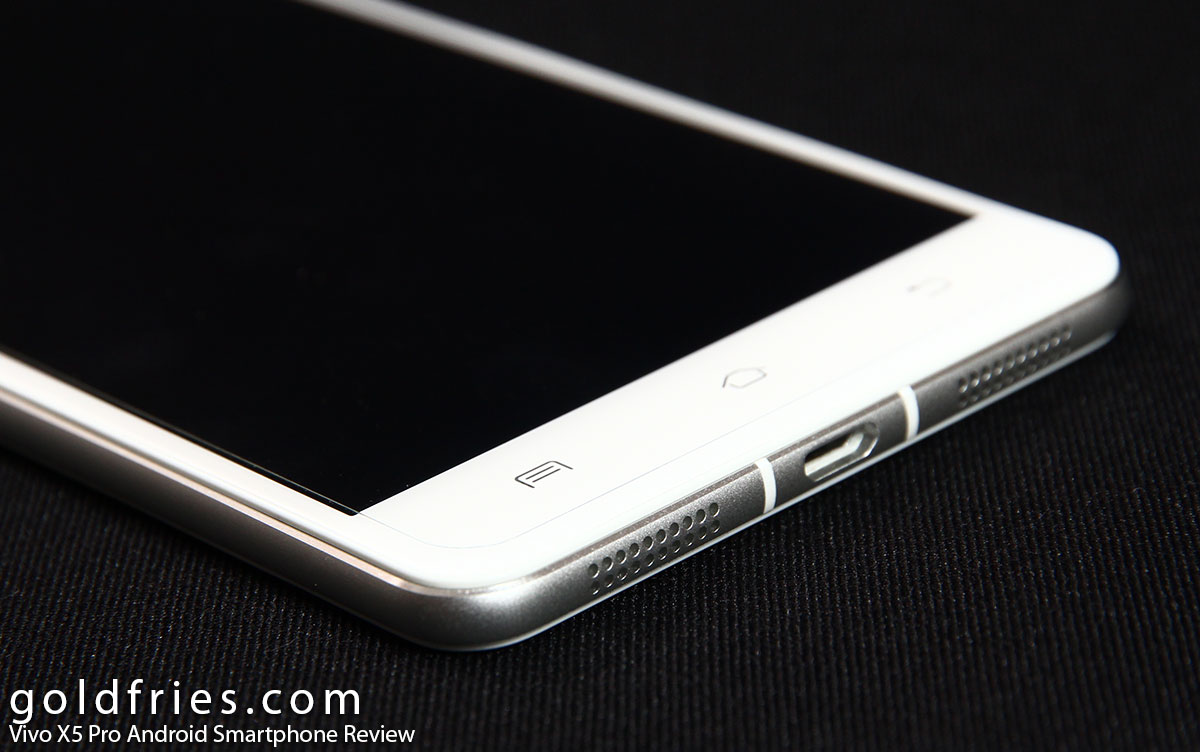 The packaging is great no doubt, it comes with a set of earphone, after all the X5 Pro’s supposed selling point is the audio quality, among many other things highlighted at the grand launch back in June. 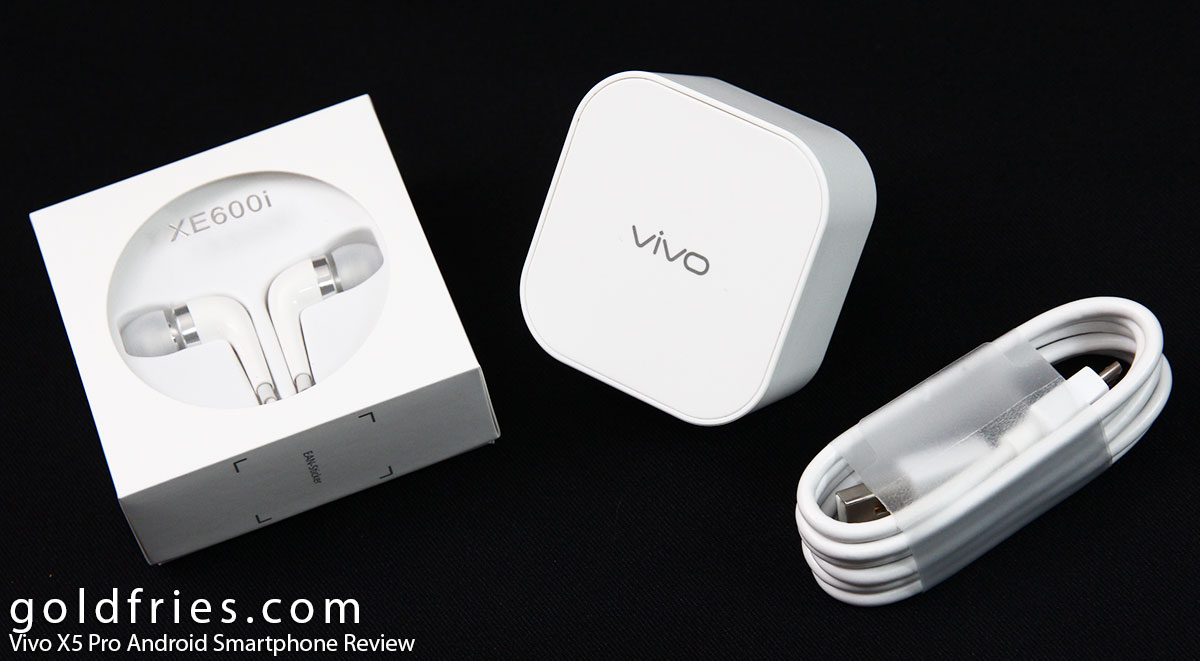 Here’s the spec of the Vivo X5 Pro. 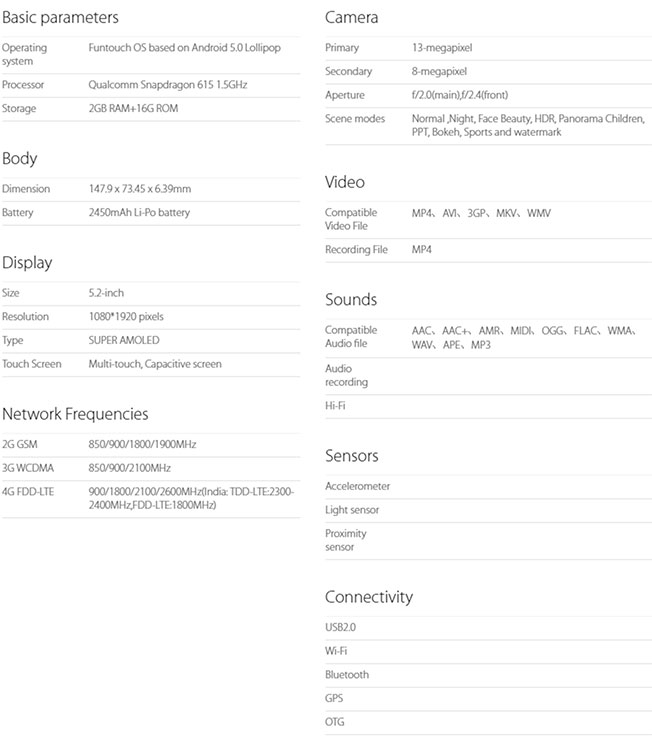 The experience spirals downhill from this point on (after I power on the device) – again, doesn’t it look like yet another Apple product? I know quite a number of phones went along this dark path, just as how I disliked the UI on Huawei and Xiaomi devices, the FunTouch OS from Vivo takes the top spot when it comes to imitating Apple’s iOS. Not convinced? Check out the notifications, here’s what you can when you swipe from the top. Nope, it doesn’t feel like an Android interface. 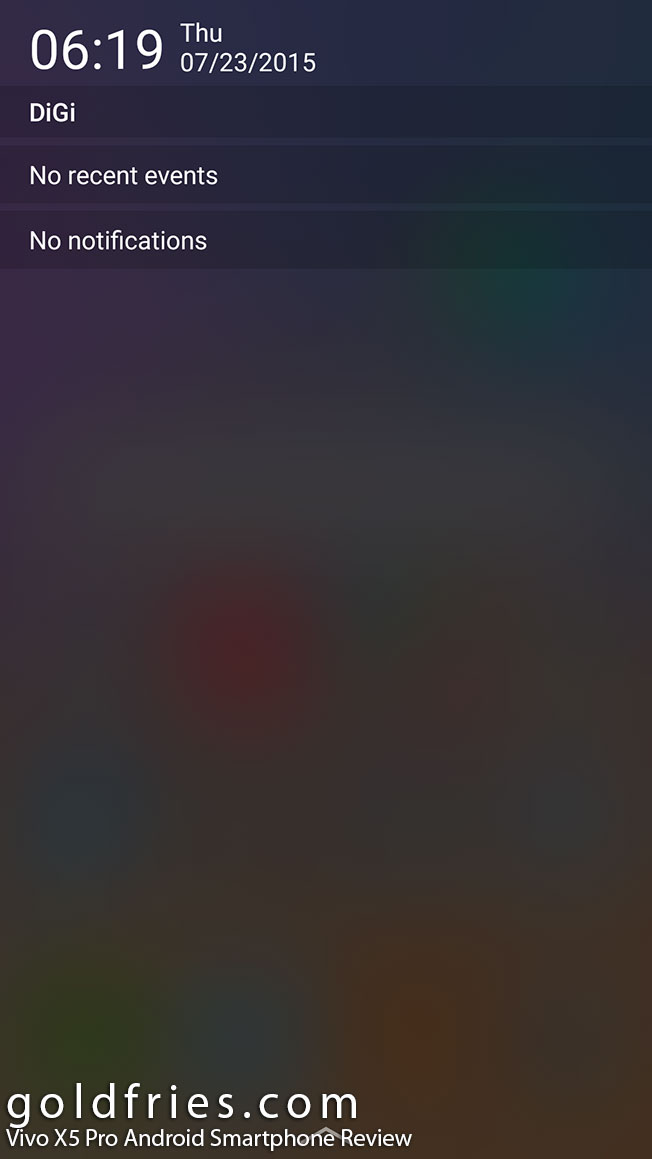 Have a look at this then, it’s the settings when swiped from the bottom. 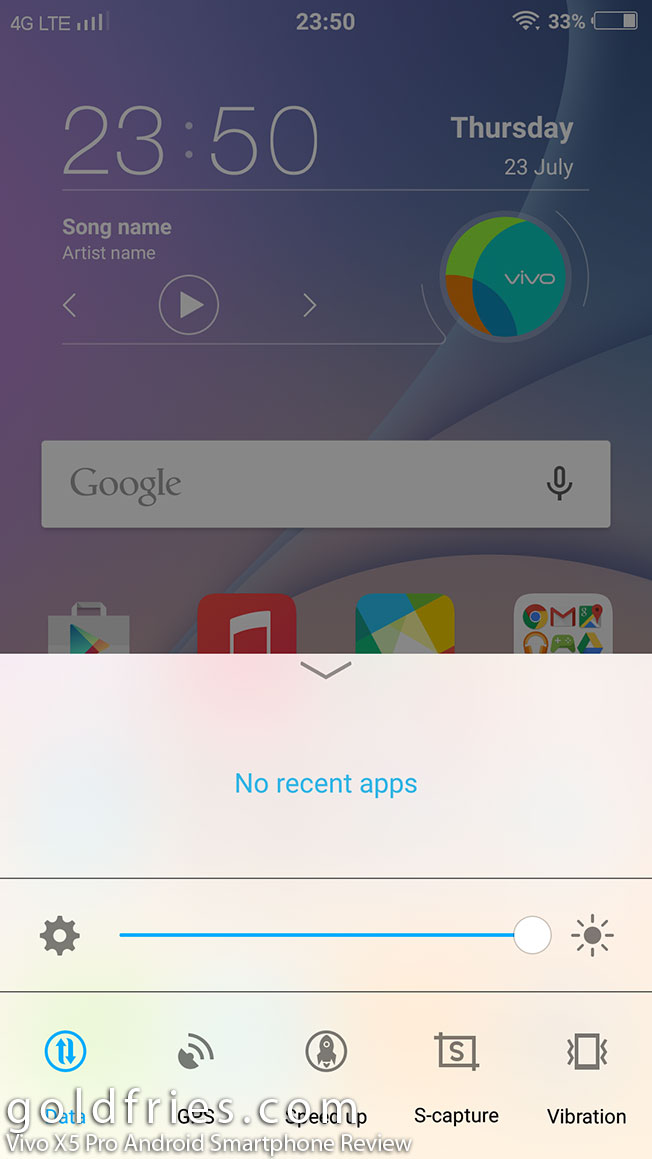 And here’s how the settings screen is. 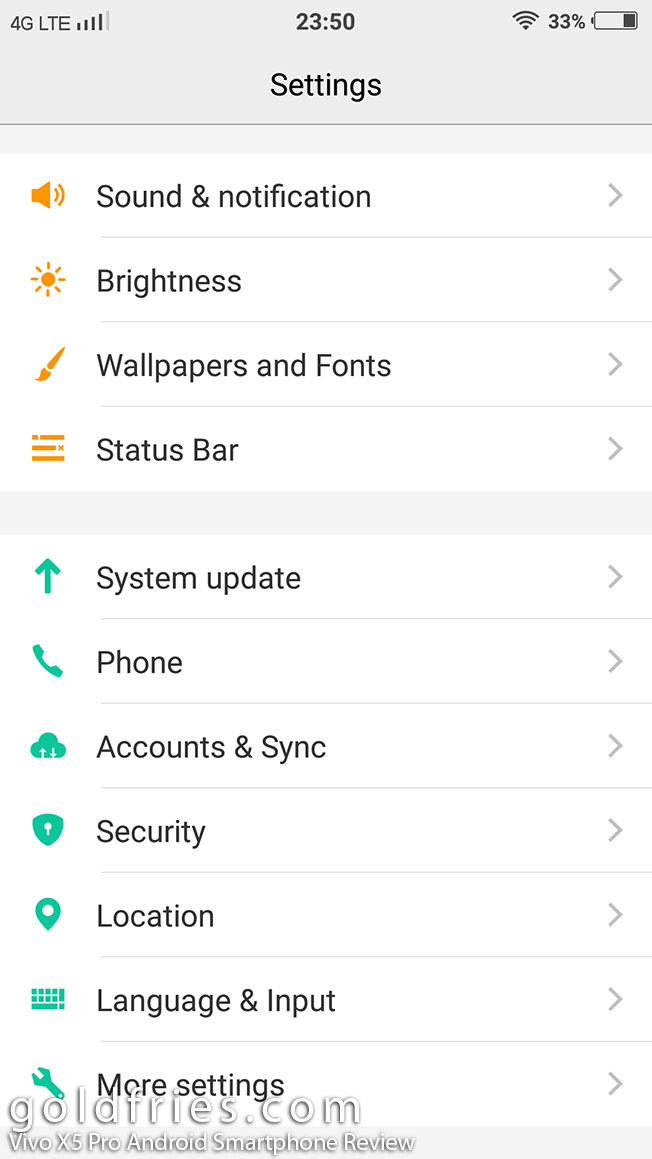 OK so as if that’s not bad enough I had to endure some horrible system update process. There are 4 images below, take note of the timestamp at the top of the image. 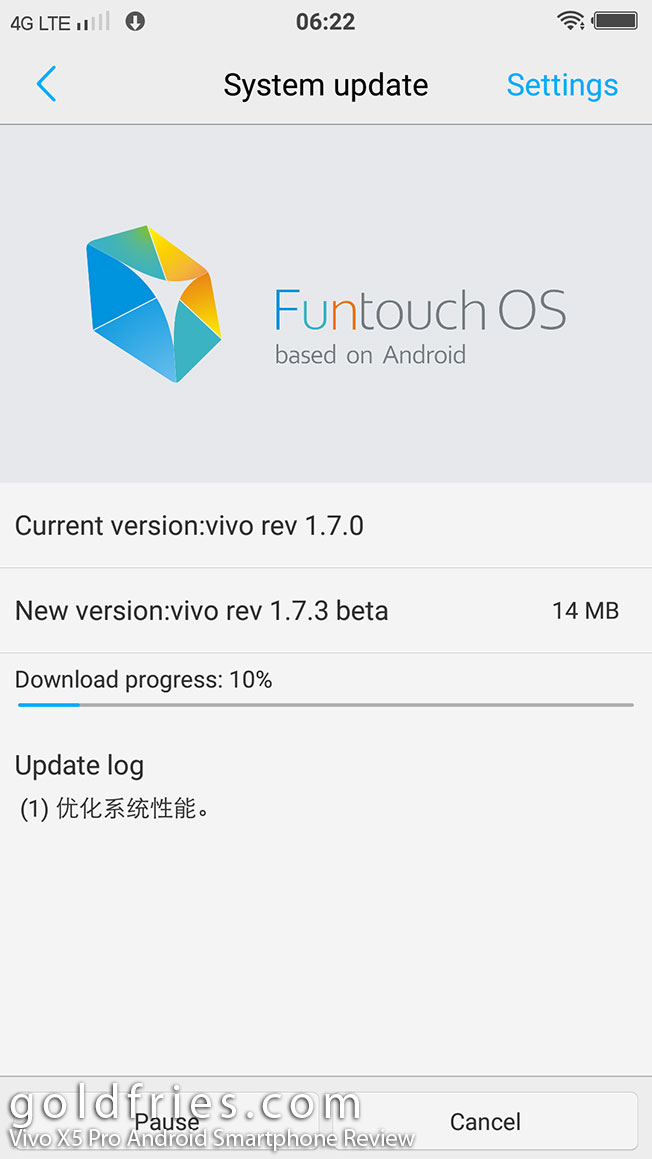 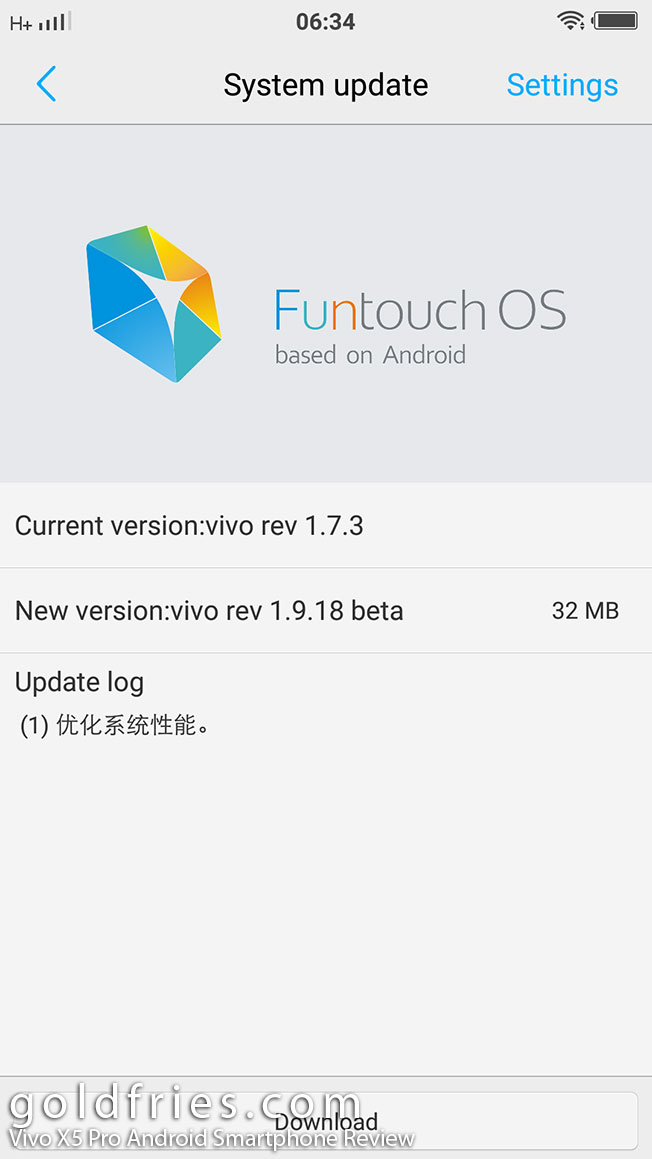 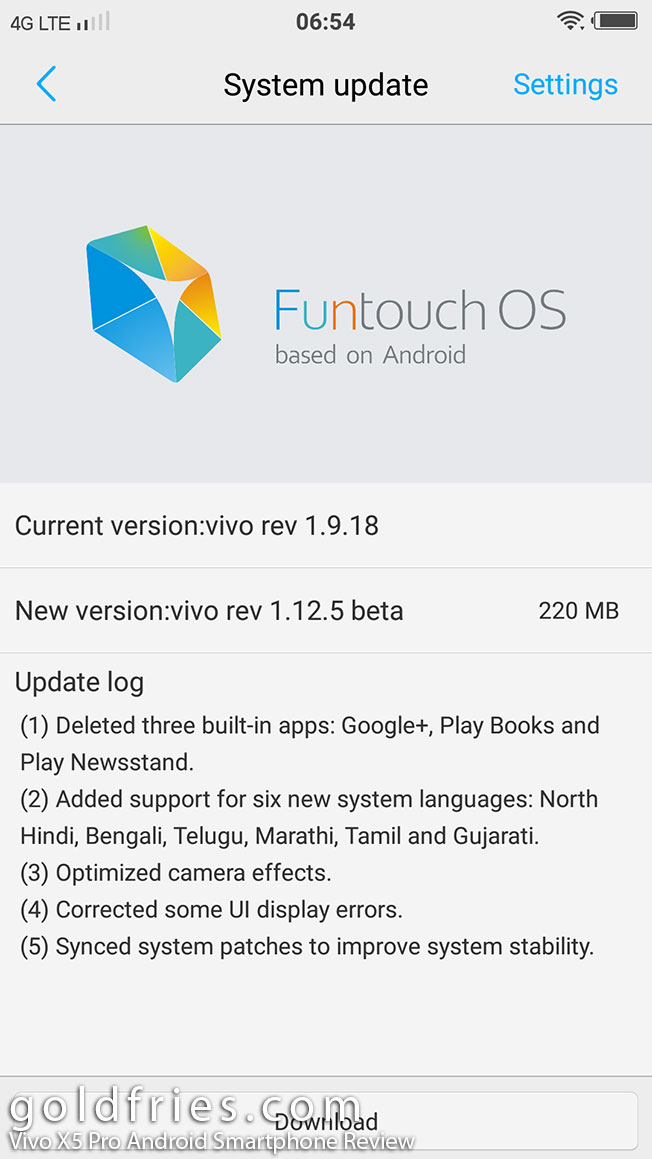 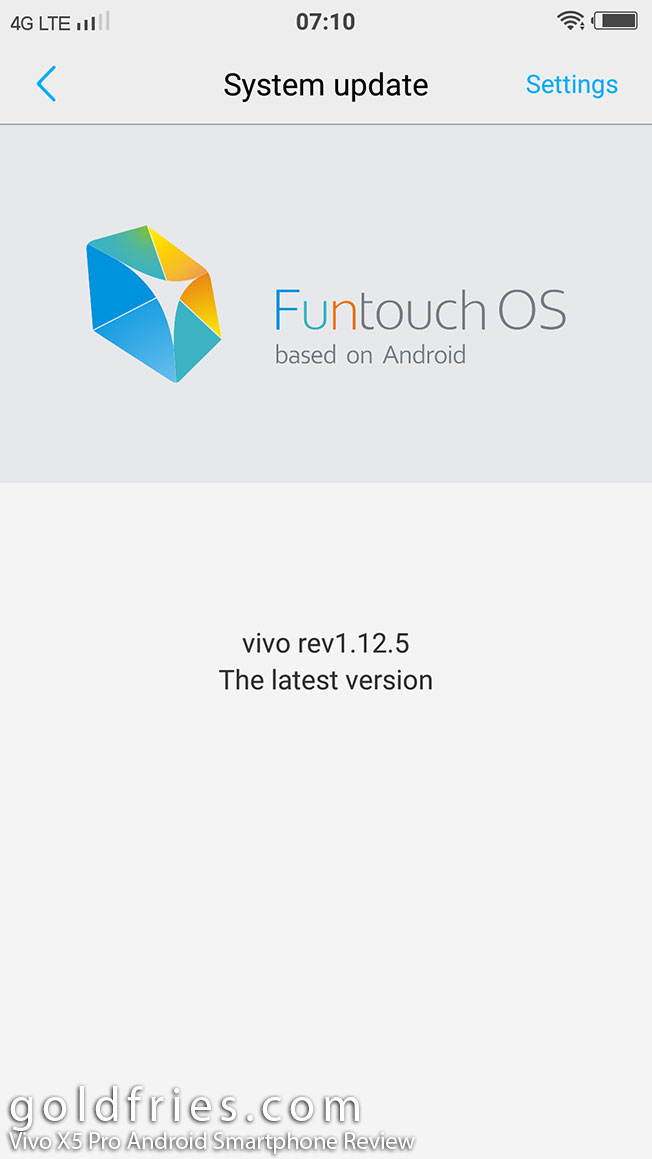 So there were 4 updates, each time an update is applied the system attempts to optimize all the apps and the whole process took ages. 🙁 Fortunately the update process is just one-off but my experience with the phone by this point of time was rather dismal.

Put it simple – the interface is unlike any other Android OS so it took a while to get used to, even performing a screen capture isn’t the usual Volume Down + Lock, however it does come with a fancy screen capture ability.

The phone itself is sluggish and it only has 8GB storage – it’s quite the WTH when it comes to paying good price and getting something that’s such a let down.

Here are the benchmarks…… 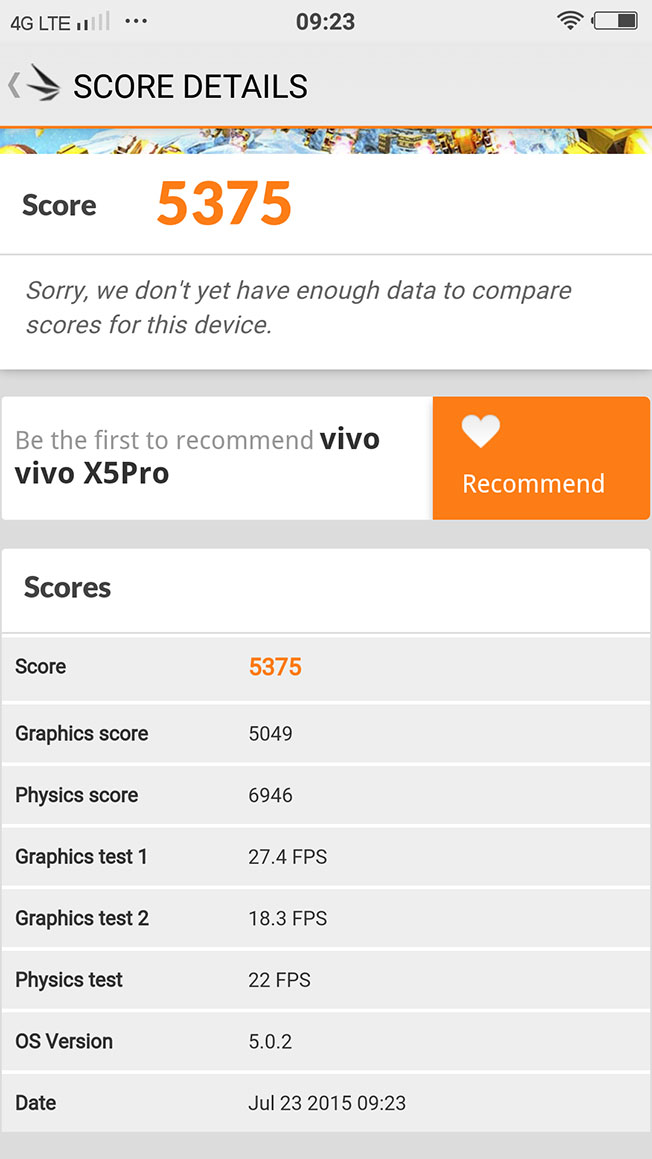 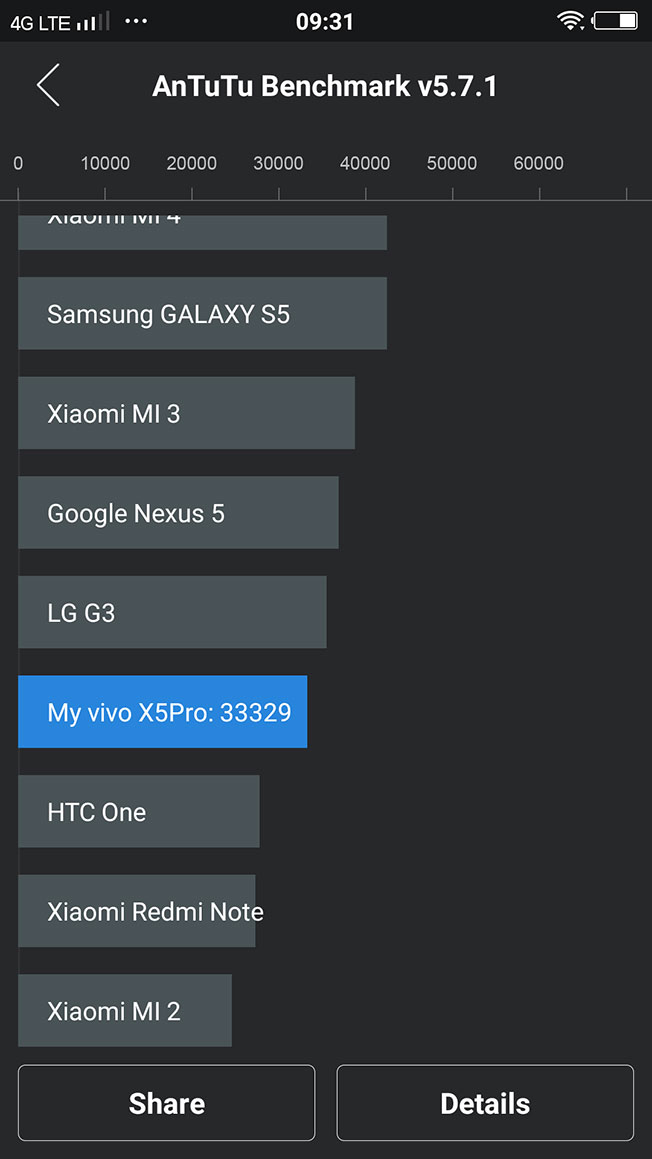 Amazing isn’t it? You’re paying good money for such crappy performance, a price that’s almost that of a high-end phone but the performance is pretty much like the mid / high-end devices that were in the market some 2 – 3 years ago.

Even a basic game like say Bejeweled Blitz felt sluggish in operation.

You can guess by now how disappointed am I with the device and the disappointment doesn’t end.

The camera for example is the worse ever despite Vivo claims that it has Phase Detection Auto-Focus (PDAF). You see, the camera is such that the interface and dark overlay occupies the bulk of it and it doesn’t come with settings for one to control the image. My ASUS ZenFone 2 costs 2/3 of the Vivo X5 Pro and performs much better in every aspect. I still took the camera for a spin despite the horrible interface, so I tried their “Depth of field” mode and “HDR” mode.

Here’s what the DOF mode produced – instead of a gradual blur like what most apps would’ve done like say Instagram, the camera blurs out the image based on areas so it ended up producing the ugliest “macro-like” images I’ve ever seen. 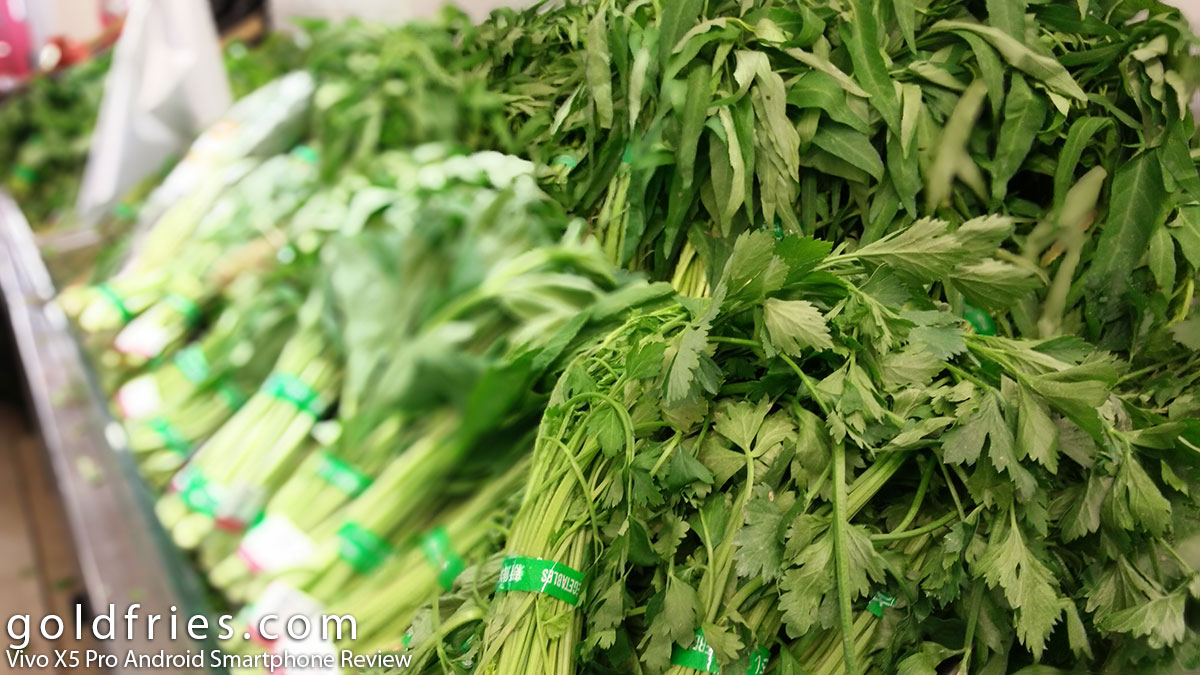 The HDR feature on the other hand works but I feel that it’s just barely passable. 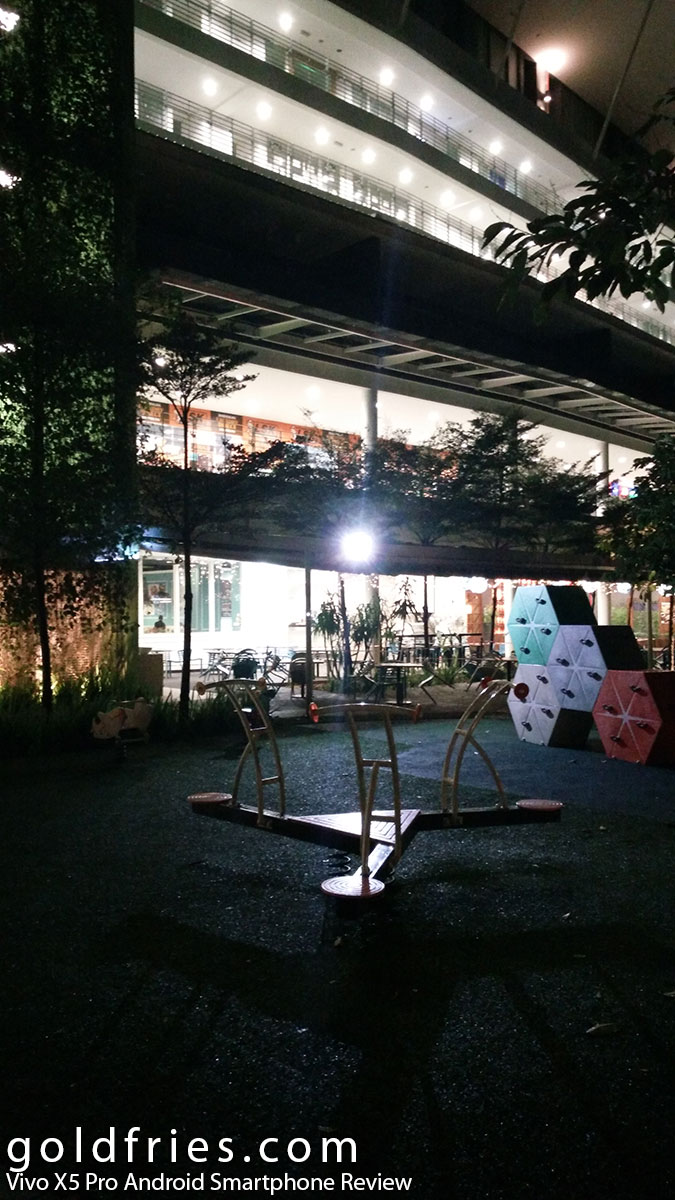 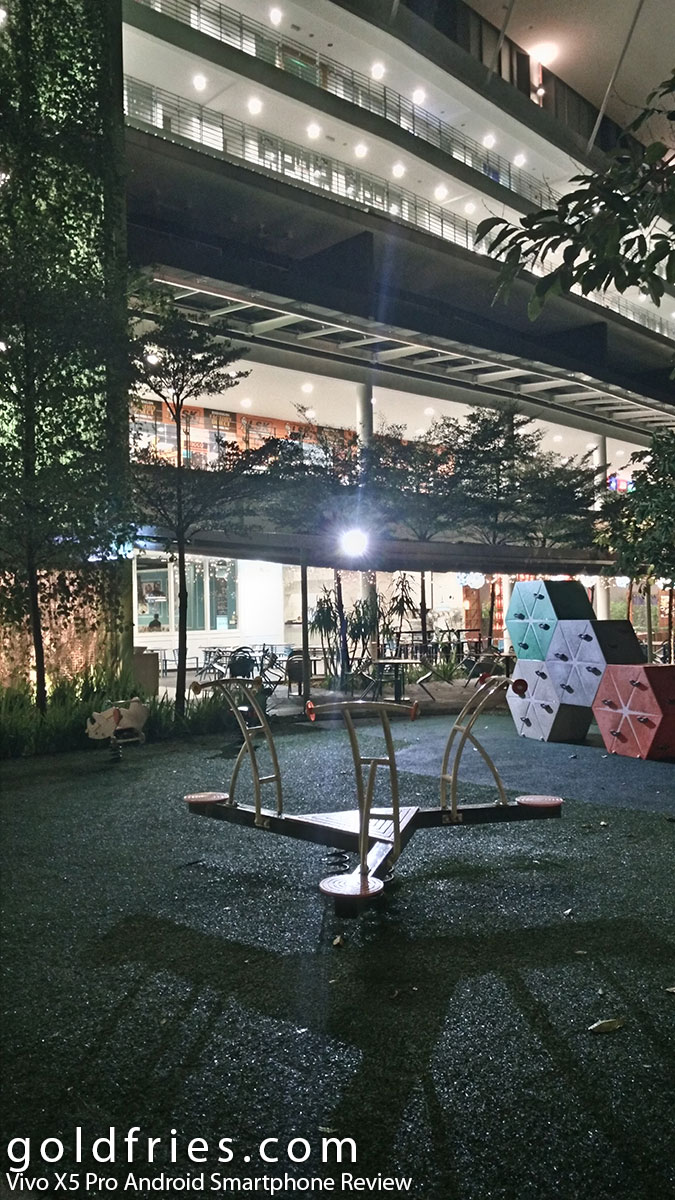 The Vivo X5 Pro is said to be powred by a custom-made Cirrus Logic DAC AK4375 audio chip, which makes all the difference when it comes to hearing the finer details of music. I take it that when they claim so, they would’ve bundled some decent earphones with it but it wasn’t.

The earphones are as good as any el-cheapo earphones in the market, and that marks another X on the list of disappointments.

The Vivo X5 Pro is a horrible product that retails at RM 1,599. The product tries very hard to imitate the hugely successful iPhone 6 in as many ways as possible but I feel that they failed in practically every aspect. Even the official product page looks very Apple.

No doubt the Vivo X5 Pro looks great but that’s the only good thing about it I can think of – it falls short in performance, imaging capability and even the battery life is quite limited. My verdict wouldn’t be this harsh if the phone was priced around the RM 699 – 899 range.

Almost every other brand out there has a similar or better offering at the same or lower price range – Sorry Vivo, the X5 Pro is one device that shouldn’t have seen the light of day.