Great stuff sometimes come in small packages, such is the AMD R9 Nano. It’s so small you wouldn’t believe the performance it holds. The card was designed to be neat, with the top side having nothing but the Radeon text on it. Unlike the Fury X models the R9 Nano’s RADEON text is without backlight. 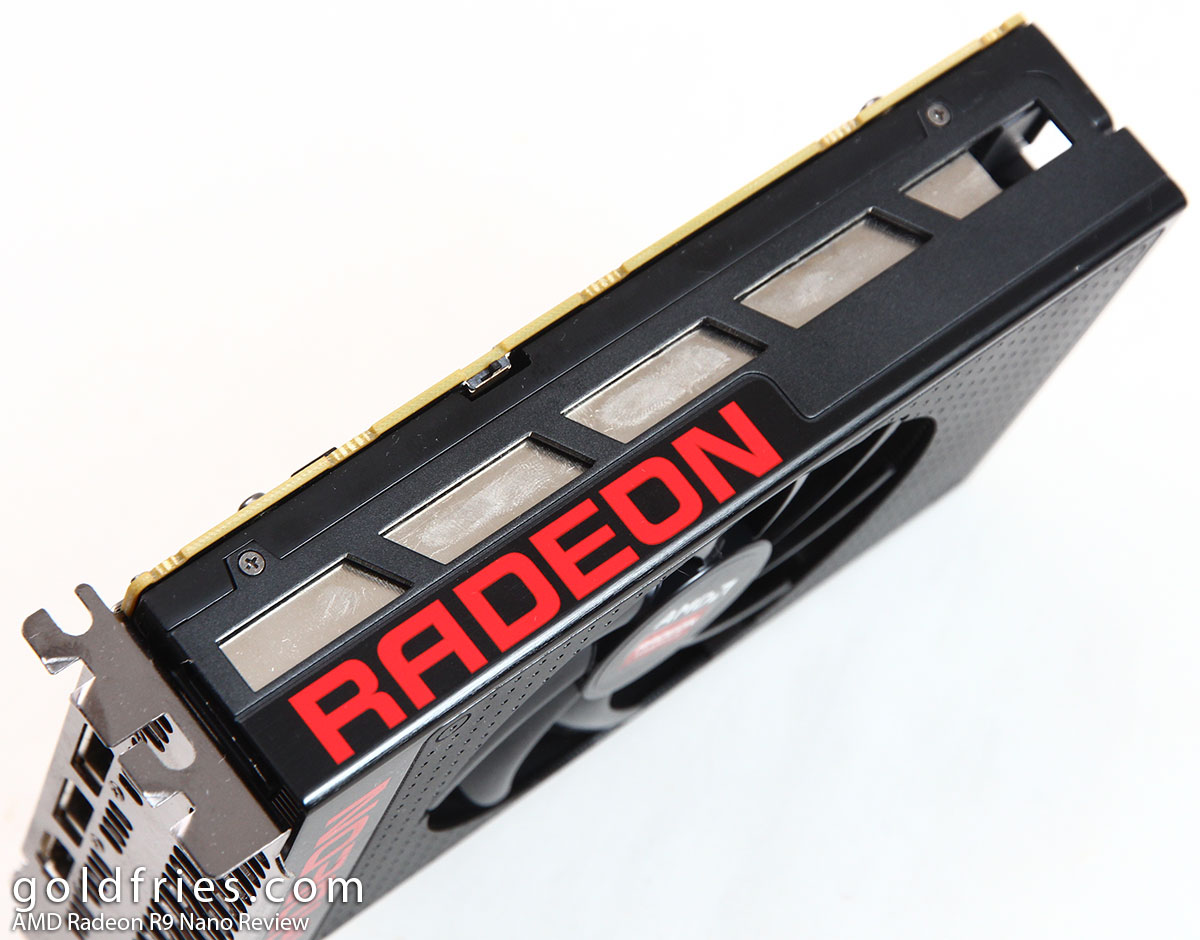 The 8-pin PCI-E power connector is placed at the forward section of the card, this means the card is capable of drawing up to 225W of power. The actual power draw of the card is rated to be 175W. 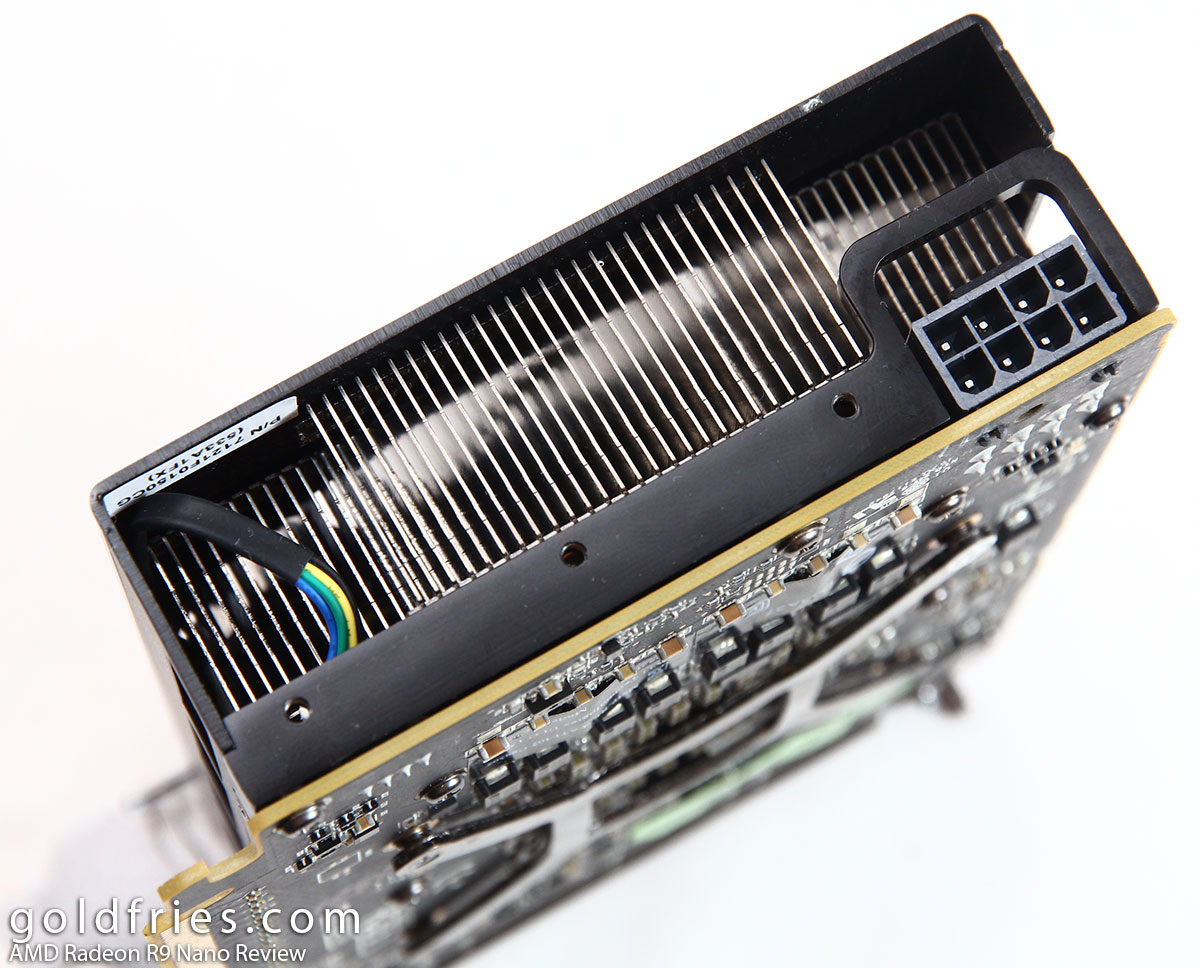 Just as the top, the bottom of the card is covered as well so there’s literally no exhaust area other than the forward and rear section. 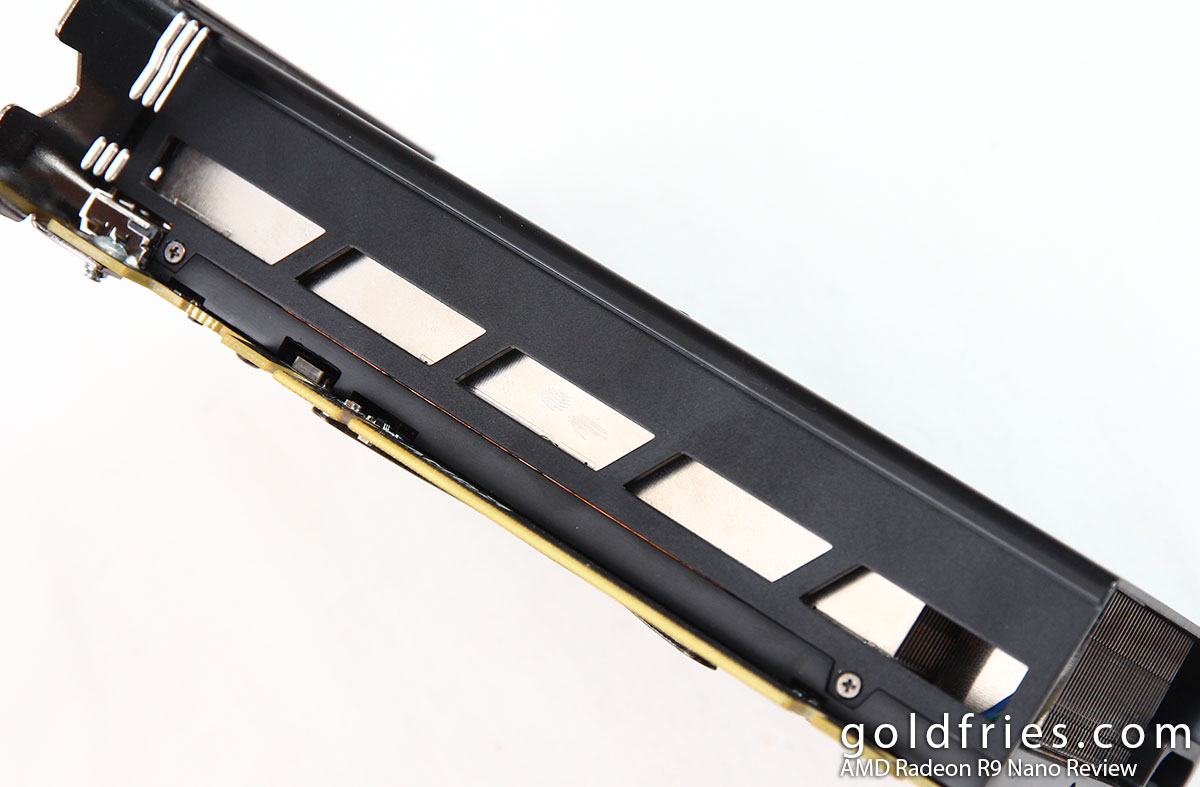 The AMD R9 Nano is without backplate as well which I think quite spoils the already sweet box-like appearance. 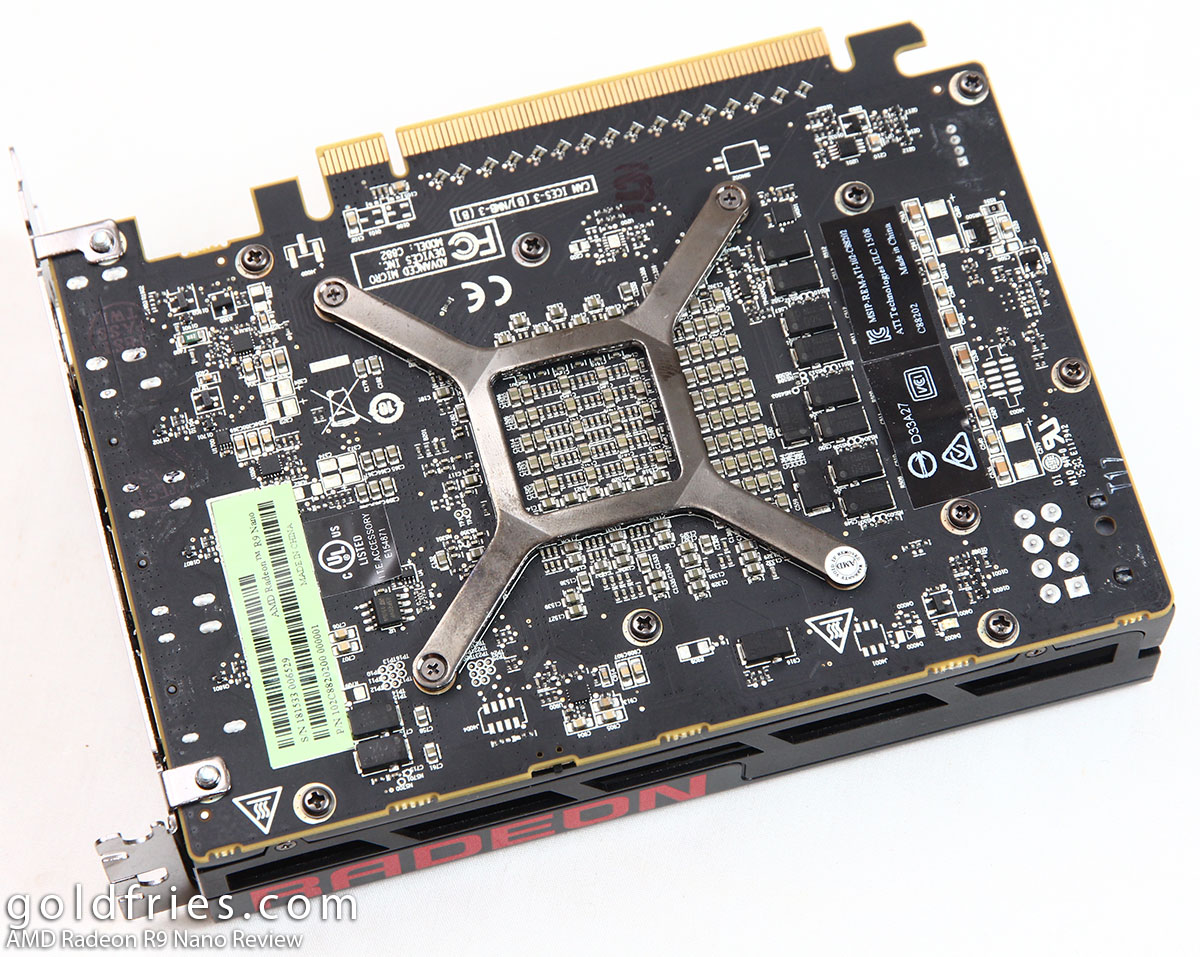 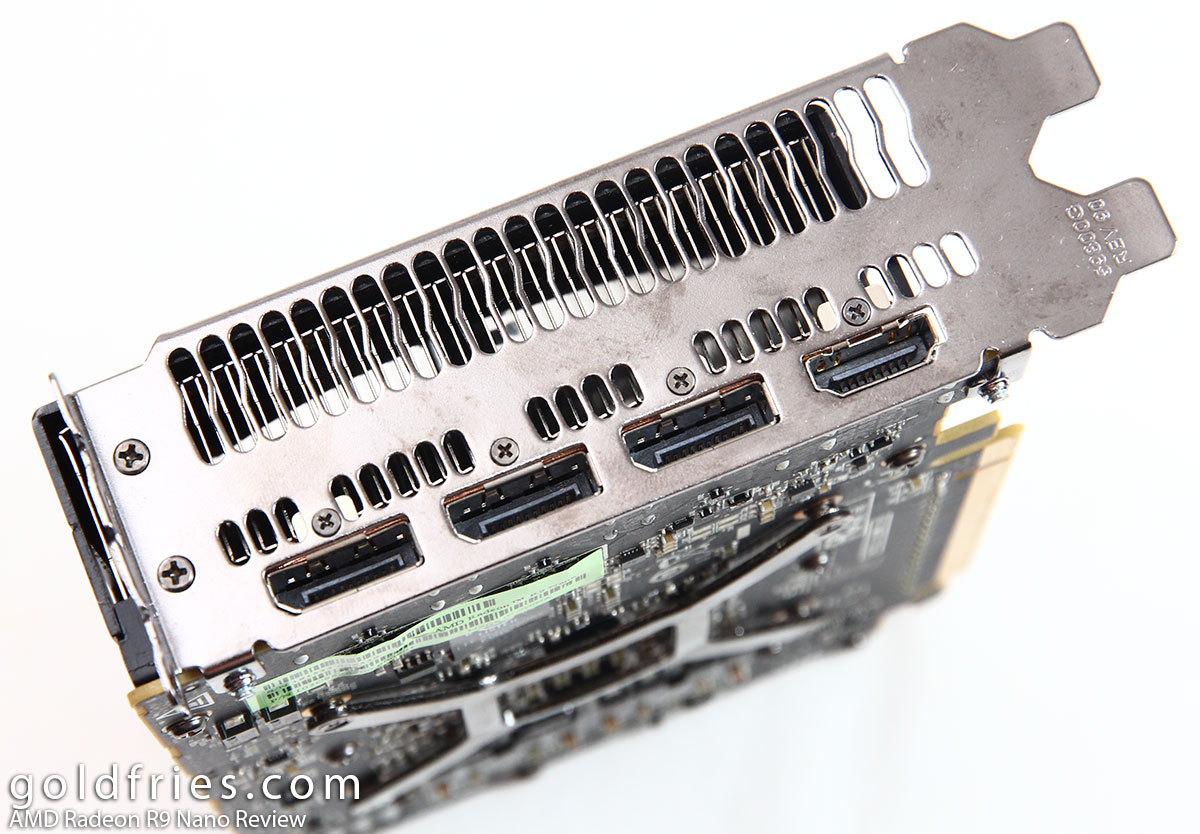 And just how small is the card? Here’s a comparison between the lowly ASUS Radeon R7 250 1GB GDDR5 and the mid / high range PowerColor R9 390. 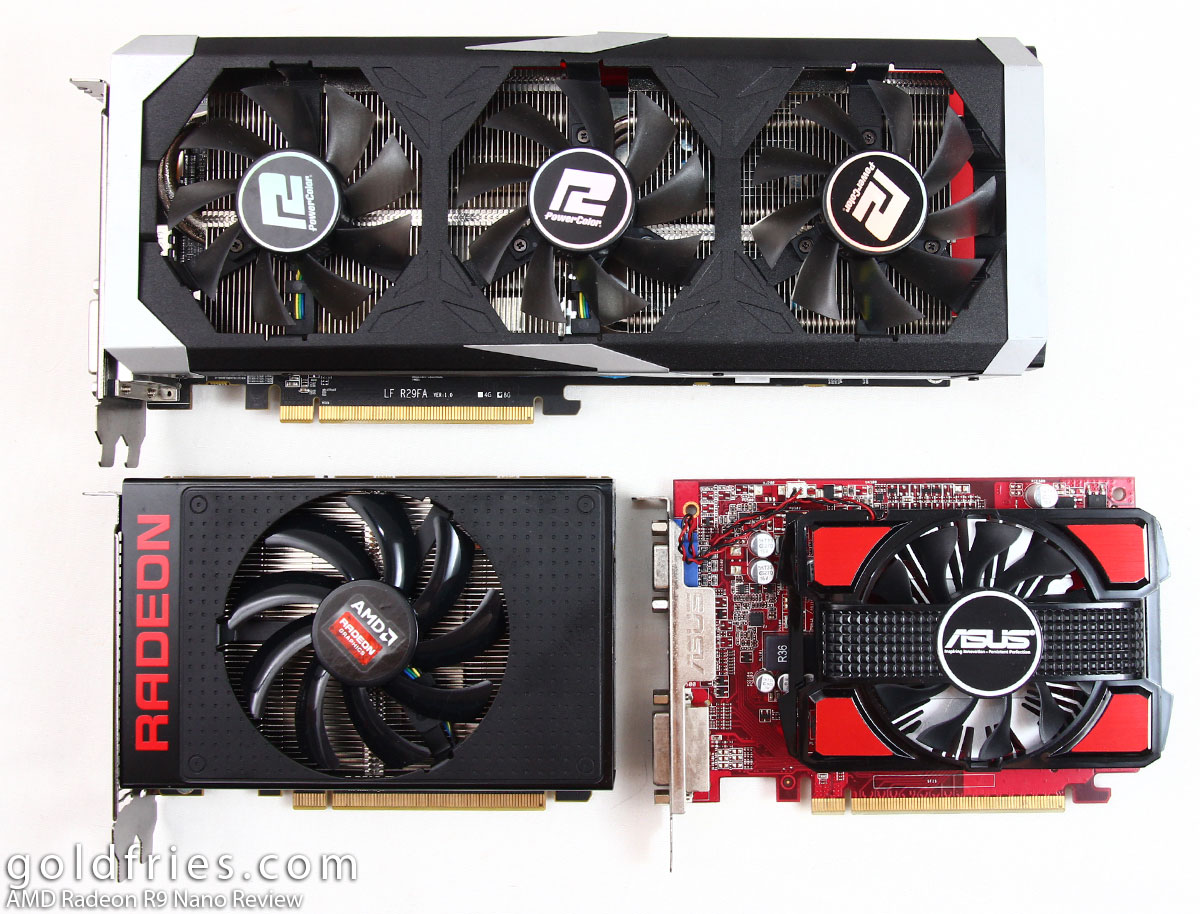 The AMD R9 Nano is barely overclockable, I tried pushing it to R9 Fury X speed but it couldn’t pass all my benchmark tests.

Performance wise the R9 Nano looks impressive, holding its ground at the level of an Nvidia GTX 980 card. The competition on the AMD side of the camp would be an R9 390X.

The fan hovers at around 36% on AUTO settings where the noise level is silent.

At 181W it’s just slightly above the rated 175W by AMD, keep in mind that this is just based on my estimation and it’s based on the peak power draw. Average and exact power draw is likely to average out to be below 175W.

AMD Radeon R9 Nano retails at RM 3,300 onwards of which I think it’s crazy considering that’s the price of an Nvidia GTX 980 Ti card that delivers more performance, 50% more than an R9 390X and the GTX 980 cards, and nearly double the price of Nvidia GTX 970 cards.

What exactly do you get with the R9 Nano? A very compact card that draws less power than a GTX 980 but performs like a GTX 980.

Now I can’t deny that the R9 Nano is a great product BUT it’s only with condition that you’re aiming for this card to place it in a really compact casing. The thing is most compact casings these days are designed to accommodate long cards and there are cheaper alternatives like say Nvidia GTX 970 cards in compact form factor.

Another thing I wish to highlight is the coil whine issue that’s reported all over the place. I face severe coil-whine with the R9 Nano as well but from what I gathered, AMD has already rectified this matter. If ever you decided to spend on this card and face coil-whine issue, please send it in for warranty.

Sorry AMD – I love the product but the pricing leaves much to be desired, the price for this card alone is sufficient to setup a decent small form-factor gaming rig.