By: goldfries
In: Game Reviews, PlayStation 4

The much awaited game was launched almost 2 weeks ago, the talk of new characters and new systems sounds great but how is the game? At this point of time, the game is a total disappointment. 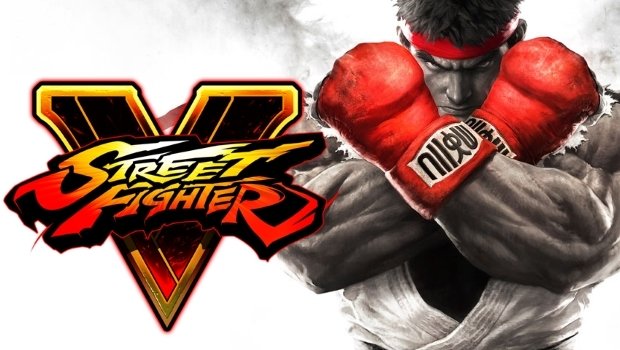 Street Fighter V comes with a host of play modes, so let’s go one by one on the Gameplay

That’s right, and as if that’s not bad enough each fight consists of only 1 round with unlimited time.

For some characters the Story Mode presents the current day situation, like Ryu and Ken for example. For characters like Chun Li and Cammy, it’s a telling of their past.

The story art is nicely done but that doesn’t salvage the situation, not one bit. Story mode is just horrible.

Needless to say, this is where you pit yourself against a friend – 2 controllers on the console, 1 vs 1 match.

Survival mode works almost like the usual arcade mode, just that it doesn’t have any story. All you do is vs all the characters thrown at you in a repeated fashion until you meet with the final guys at level 30.

You gain points upon beating a level and with points you can choose perks, some perks give you combat advantage while those with combat disadvantage gives you more points if you beat the upcoming round. The perk value is randomized.

The dumb thing about Survival mode is that it’s on ONE ROUND basis, you’re up against all the characters for just 1 round.

This is the mode where you choose a character, choose and AI and fight. The AI doesn’t lose, the timer doesn’t run out. It’s just a sandbox for you to exercise.

I can’t tell whether there’s any improvement in graphics from Street Fighter IV, looks the same to me. Not like I care, it’s just as good as before.

This is where things get nasty, looking for a game takes ages. We’re talking 5 minutes +/- for a game.

On my first attempt to get ranked match on a late weekday afternoon, I couldn’t get any regardless how long I waited.

Then I tried it again on a Friday night at around 1AM and I did get my RANKED MATCH going and I won my first match! Yay!

It seems all good at first, until the combat system keeps pitting me against the same person some so many times! I lost count but I’m sure it’s over 8 times.

I tried again on a weekend afternoon just to be sure that I’m not condemning the system due to some setting failures on my side. Guess what – on my first attempt I wasted nearly 1 hour to get only 1 casual match and 3 match that were established yet disconnected before the game could even start.

I got fed up and decided to play League of Legends instead. I came back more than an hour later and this time I was given 2 Ranked Match and guess what – both games are against the same player!

Fine, I don’t want to face that person again so I stopped gaming for almost 30 minutes and when I initiated Ranked Match I was given the same opponent, again! WTH!

It’s as if we’re the only 2 individuals playing the game!

Street Fighter V is lacking in so many aspects.

Firstly there’s no Arcade mode. C’mon Capcom, Arcade Mode is where it all began! Remember how we played Street Fighter 2 to beat every character just to know the ending? There was a sense of reward there.

The Story mode doesn’t do that, in fact it feels so dumb playing Story Mode. Survival mode feels like Arcade mode but it isn’t, especially when you consider the fact that each match (against an AI character) is only 1-round and they repeat!

Secondly – there’s a lack in tutorial. Sure, the game starts with a tutorial but that’s the “basic moves” tutorial. In Street Fighter IV there is a mode where you are shown all the character moves, I suppose this could be the Challenges section that’s to be made available in March which is sad – it should already be part of the game.

Thirdly – Network gaming sucks. 5 minutes wait for a game is unacceptable. Joining Battle Loungee is a nightmarish experience (refer to video below).

Street Fighter V retails at RM 239, it is a horrible game at this point of time because it’s not enjoyable to play solo and neither is it an enjoyable experience when one tries to go against other player due to the incompetency of the match-making system.

You might be thinking that I’m too harsh on the game, I don’t think I am. It is totally unacceptable that I have to wait 5 minutes just for a match, and to be match against the same person over and over again. The multiplayer component is Street Fighter V’s selling point and if the selling point fails, the game fails.

Let’s not forget that one needs to PAY for PlayStation Network before being able to enjoy (suffer) the multiplayer experience, and not everyone is into multiplayer. Basically I’m stuck. I don’t have arcade mode to enjoy, survival mode is a joke and multiplayer experience is horrible. 1 out of 10 is a very fair rating for a game that made me spend more time on Facebook when I should be button mashing.

Sure, the challenge mode is coming in March and the Multiplayer experience should improve in time but even so, the highest score I could give Street Fighter V is 6 out of 10 for abandoning Arcade mode.

Oh and Capcom, please bring back the other characters from Street Fighter IV / Super SFIV.