Just a few days ago, NZXT introduces the Kraken X31, the smaller variant of their Kraken series cooler. 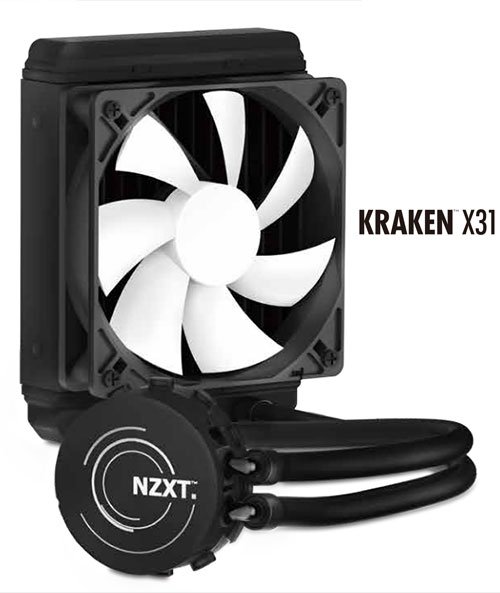 Unlike the X40 that I reviewed earlier and the X41 that was announced not too long ago, the X31 is a 120mm AIO cooler and by being of a smaller dimension the X31 is able to fit into smaller casings.

Unlike the others, the X31 also comes with an integrated variable speed pump that keeps noise to a minimum during use.

Being an NZXT cooler, the Kraken X31 is controllable via NZXT’s CAM software, directly from a PC or mobile device regardless of where you are in the world via its Kraken+ module.