Yongnuo – a brand that’s infamous for being the “copy-cat”, especially towards Canon’s range of flash and yet it’s also famous for being the value-for-money proposition when it comes to flash unit, exactly the reason why I bought the YN600EX-RT instead of the original Canon unit that costs around 3x more. 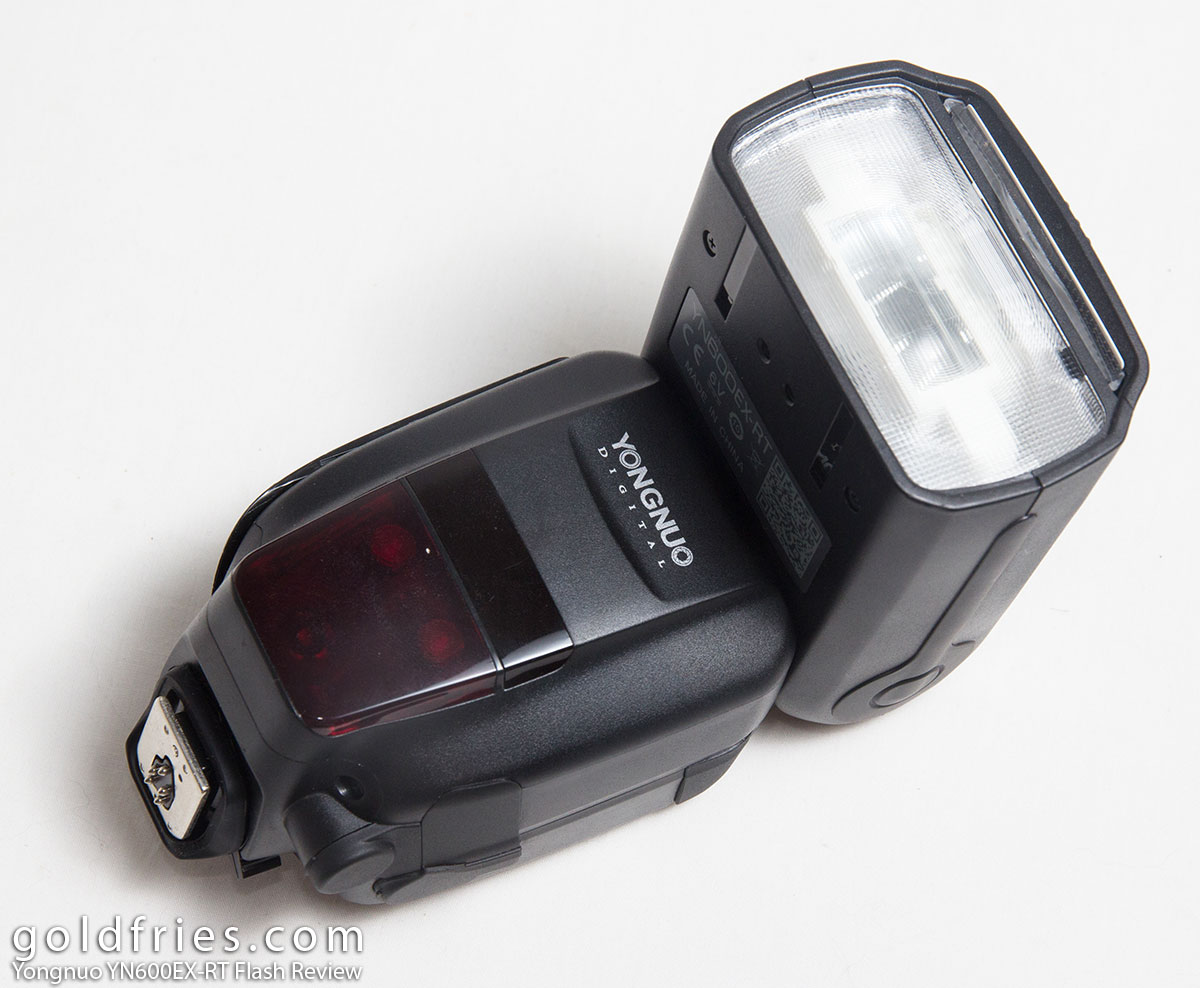 For a start, the YN600EX-RT looks almost EXACTLY like the Canon’s 600EX-RT but once you feel it in your hands, you’ll come to realize that the YN600EX-RT is inferior in build quality. Sure, the build feels solid but it still far from matching the quality of the original, the buttons are tough too.

The YN600EX-RT’s head swivels just like that of Canon’s BUT it does so without needing to press any button. 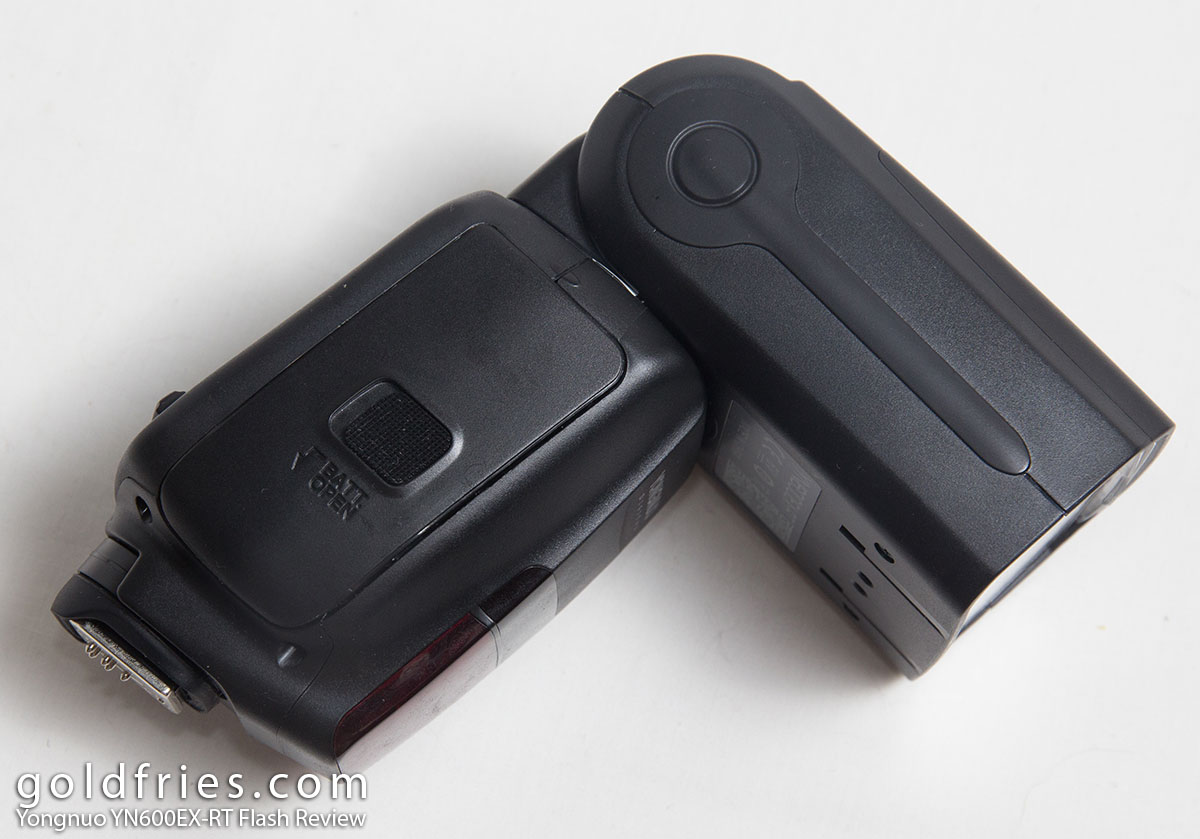 Here’s the control panel of the YN600EX-RT, it is EXACTLY like the one on Canon, except that the SEL / SET button rotates along with the twist of the dial. The YN600EX-RT’s LCD panel is lit in orange, unlike Canon’s green screen. I don’t go into details of the functions in this article but basically the YN600EX-RT is feature rich. 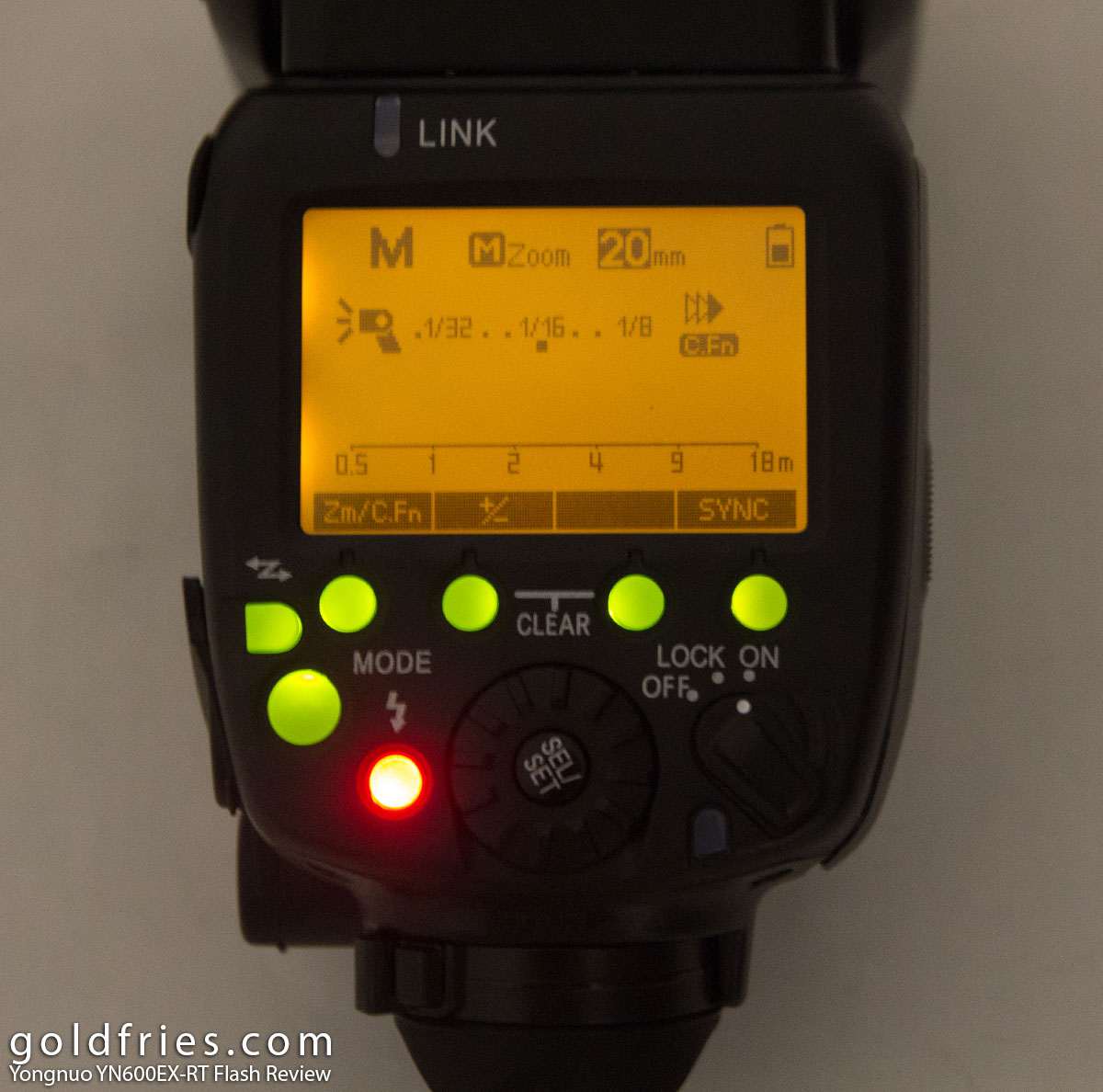 Speaking of quality, the battery door is solid BUT there’s seems to be an issue with the tiny piece of plastic that keeps the door in place. Mine chipped just a few days ago so the door doesn’t close properly now, though the flash is usable. You see what I mean by the inferior build quality? It’s barely a month since I bought it. 🙁

I was informed by the seller that Yongnuo is aware of such problem but their warranty does not cover physical damage, even though it’s clearly broken due to poor quality. Apparently this happens even on the other Yongnuo models as well, coincidentally (NOT!) the battery door is available for some RM 20 or so. 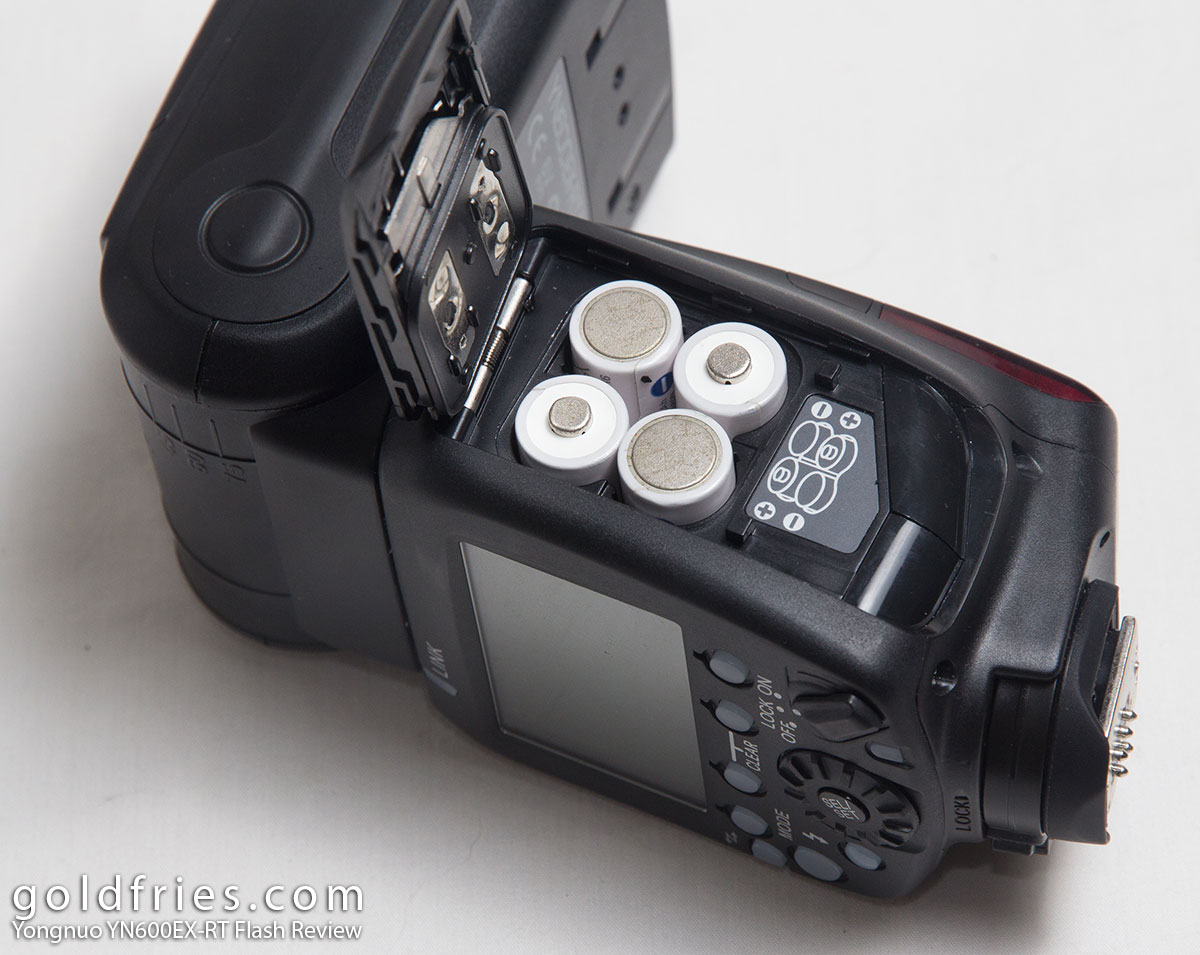 Battery door aside, the rubber caps for the various connectors on the other side of the body is of horrible quality and it doesn’t fit well even right out of the box. 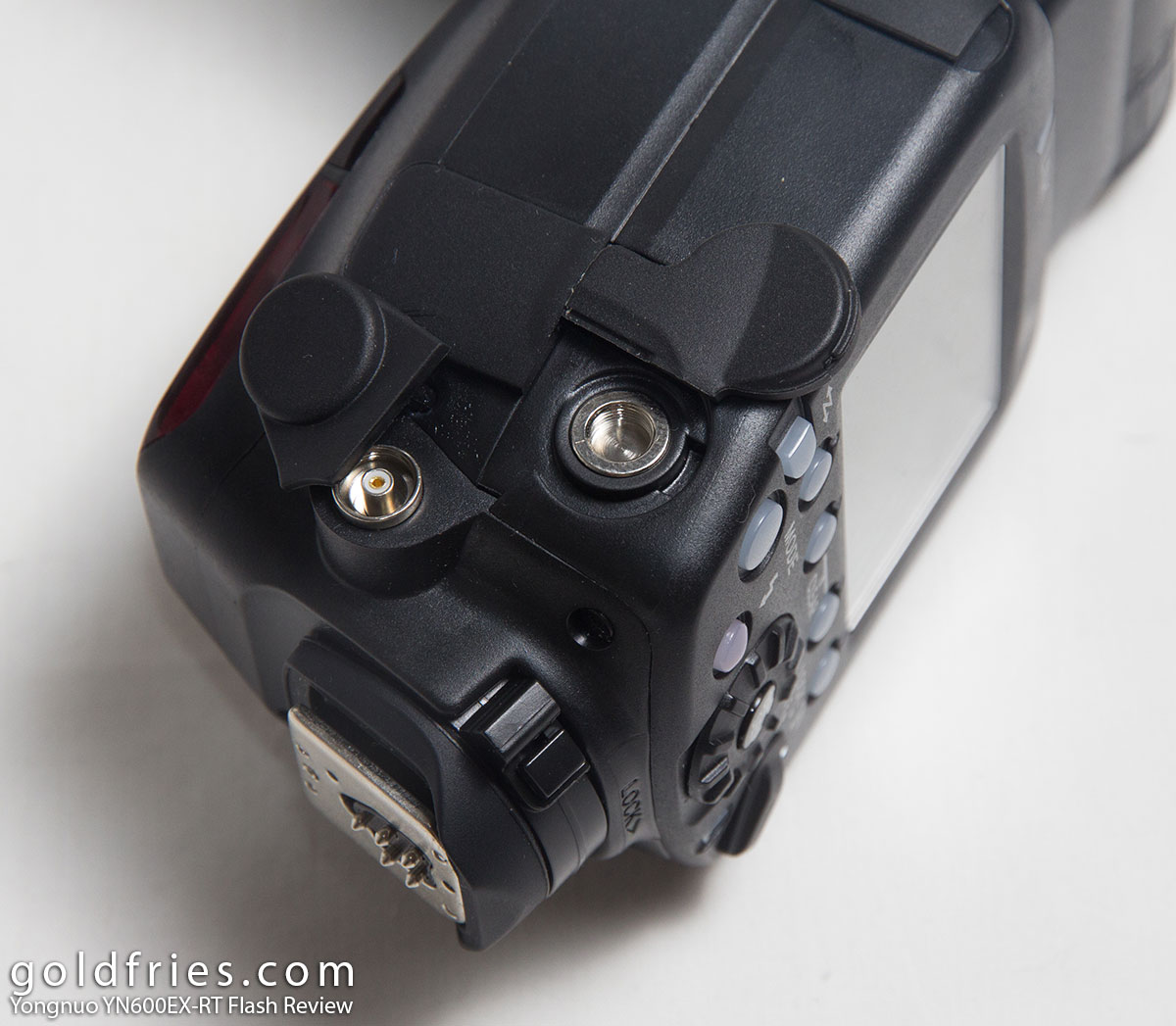 For more details about the flash, do visit the official product page.

Build quality aside, the flash is actually very good and feature rich. Check out the photos I took at the Samsung S6 / S6 Edge Launch event, I paired the YN600EX-RT with my Nikon D750.

The YN600EX-RT was made for Canon but it’s usable on other systems as long as it’s a standard hotshoe, it’s just that ETTL will not be available.

As a product photographer, my usage is primarily indoors and within the confines of my studio. The YN600EX-RT worked very well with my Canon EOS 60D and the flash power can be controlled via the camera’s menu. What’s neat about the YN600EX-RT is that it works on Nikon systems too, the pop-up flash on my D750 is able to command the YN600EX-RT. The only down side being that I am unable to adjust the power ratio via the menu.

The YN600EX-RT is not without weakness though, I managed to get the flash to overheat with just a few rounds of burst mode test. I wasn’t even doing rapid fire on those tests, the camera was set to fire 1 frame per second for 9 frames and even with that 10 frame the YN600EX-RT at 1/1 fired only on frames 1, 2, 5 and 7 (that’s 4 out of 9).

Another annoying part about the YN600EX-RT is that once it sleeps, it doesn’t wake up despite the camera being activated and ended up having to resort to powering it on again.

The Yongnuo YN600EX-RT Flash retails at RM559, it’s an affordable flash that’s feature-rich despite having a few short-comings. As to whether those short-comings affect you, that would very much depend on what you expect out of a flash. It works great for me but that doesn’t mean it works great for you.