I bought a LEGO minifigure just yesterday, and a random thought crossed my mind as I was admiring the figure during the wee hours of the night and so a quick photo session ensued. 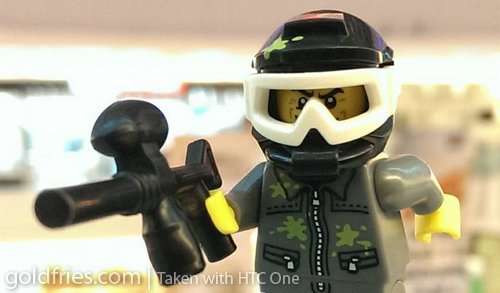 The lighting was only an LED torchlight. I used my Canon Powershot G1 X as a torchlight holder.

I used various black materials to cover the sides of the camera to get a seamless black background.

After that, I edited the photo in Photoshop by adjusting the color curves, did a bit of dodge and burn and lastly, added vignetting. 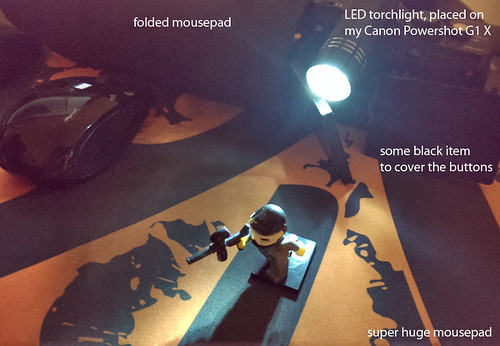 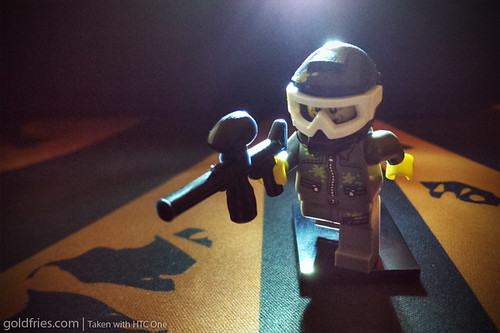 The HTC One was set to HDR mode as that mode is capable of balancing out the dark and bright areas, ISO 1600 was used to maximize shutter speed.

The idea behind this shot, is to have the torchlight (source) look like those lights for night games in an arena. The lights also serve as rim lights, adding the highlights to the figure, creating a distinct outline.

The colors on the base (my huge mouse pad) adds color to the scene, giving it some leading lines and perspective. 🙂

Have fun in photography, use whichever image capturing capable device you have, even if it’s a phone!