The HP Envy x2 unit is a feature rich Notebook / Tablet hybrid but does it stand out among the crowd? 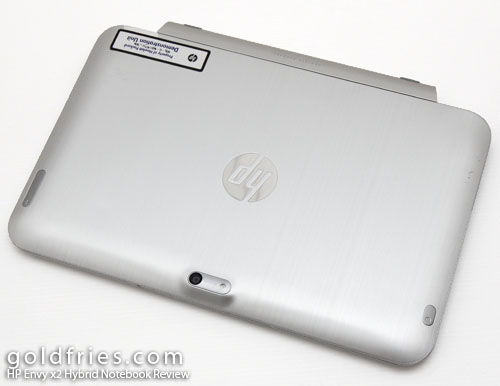 To keep it simple, the Tablet runs on Windows 8 operating system and is powered by an IntelÂ® Atomâ„¢ Z2760 (1.8 GHz ) with Intel Graphics Media Accelerator, comes with 2GB DDR3 RAM and 64GB SSD for storage. It supports Wireless 802.11a/b/g/n and Bluetooth connectivity.

The Batteries are 2-cell (25WHr) Li-Ion and 2-cell (21WHr) Li-Ion polymer, of which is claimed to be able to last up to 7 hours for the tablet, and up to 12 hours and 15 minutes with keyboard docked to the tablet.

Once opened, the docking area of the keyboard also doubles as a stand to give the system a tilt for ergonomics 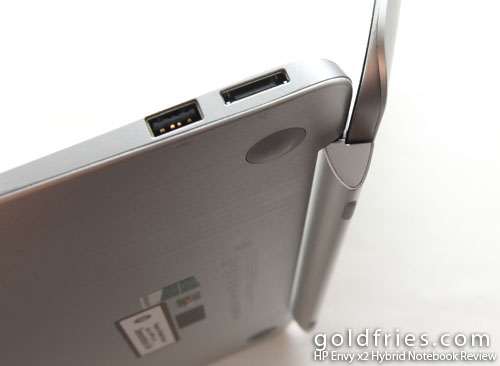 Full-size, island-style keyboard for comfort – they are comfortable indeed. 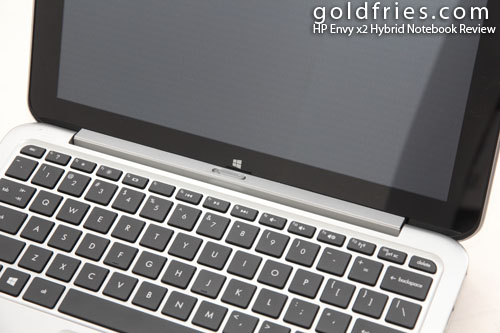 Here’s another photo of the keyboard, this time without the tablet. What I disliked about this device is the trackpad. Look closely at the photo below, you’ll see there are circular grooves on it. I don’t know, maybe some of you might like it but I certainly don’t. Using it felt like rubbing your finger over someone else’s finger, enough to make you feel a blister coming off your finger any time soon. 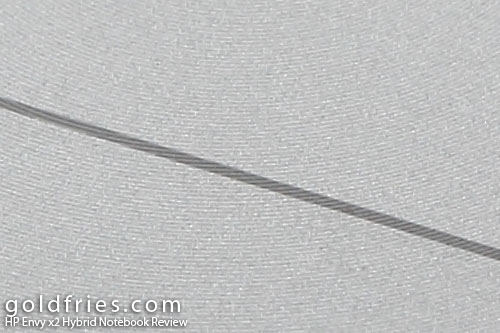 The Envy X2 also boasts Beats Audio but in reality, it’s disappointing. The Beats Audio speakers on my HTC One made the audio system on the Envy X2 sound puny, it doesn’t sound any better than the average audio system on other tablet devices. In fact it’s one of, or if not, the least impressive audio system I come by. I would’ve thought it’s fine if they didn’t put the Beats name on it. 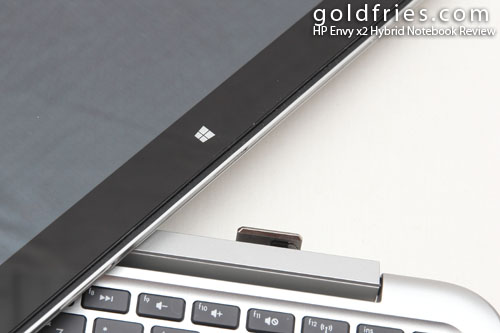 Retailing at RM 2,599 (with a 1 year warranty) – t’s hard to even consider this device. The Audio isn’t stellar, and I’ve heard better audio from sub RM 2k devices like say the Asus Vivobook. I’ve had better tablet experience with other hybrids too, like say the Acer Iconia Tab W510. The W510 also has IPS screen, a keyboard and it’s on Atom processor too.

The awkward button placement, the horrible choice of speaker placement, the claim of Beats audio yet not living up to it, the grooves on the touchpad. Mehh, it’s hard to like the Envy X2. The only redeeming points are the IPS screen (not uncommon) and the battery on the keyboard (not something new either).

Top up a little more from that RM 2,599 price tag and you could get an Ultrabook, say for example a Dell XPS 13 that weights the same and has a lot more computing power or even HP’s own HP Pavilion TouchSmart 14 Ultrabook.