The Pandora Micro is part of the Pandora range of speakers from SonicGear with Bluetooth connectivity, the Micro is in many ways similar to the Pandora Mini reviewed just last month. The Pandora Micro is as micro as it can be. Unlike the Pandora 3 and Mini, the Micro is curved all over, on the top are the touch senstive controls and the opening for the woofer. 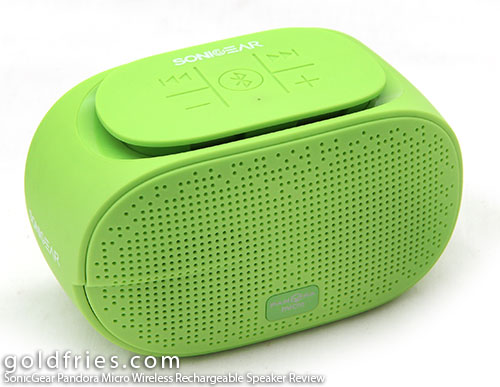 Here’s a comparison with a soda can, just to give you and idea on how micro is this speaker. 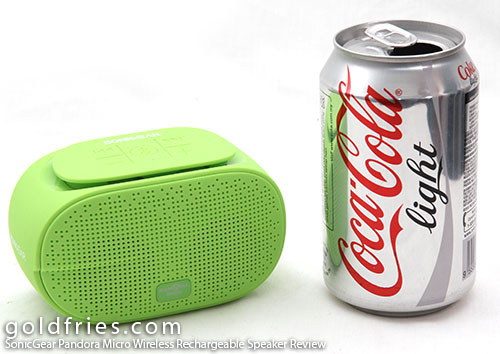 Unlike the Mini that’s rectangular with many flat surface around, the Micro’s curved design doesn’t allow non-conventional placements; you can only rest it as any other speaker, hence the paddings at the bottom. 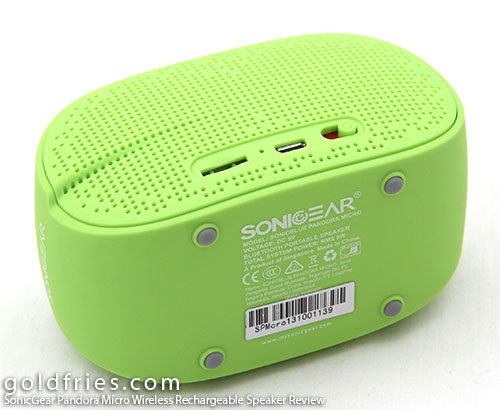 The Micro comes with MicroSD slot for content, the slot is placed alone with the ON / OFF switch and Micro USB socket.

Unlike the Mini, the Micro doesn’t not work as a battery pack. SonicGear claims 5 hours of playback time for the Micro.

In terms of audio output, one distinct shortcoming to note is that it packs far less bass tones compared to the Mini. Connectivity wise it’s just as simple as the rest of the Pandora series tested.

The Pandora Micro is priced at around RM 180, far from the price of the Mini and of a much smaller dimension that makes it even more portable. It has Micro SD reading capability that the Mini doesn’t but losses out on functioning as a battery pack as well as having less punch in the bass department. On the bright side, the Micro is certainly no slouch when it comes to loudness.