My work rig PSU gave way just a few months ago, after many years of accompanying me through days and nights of work. 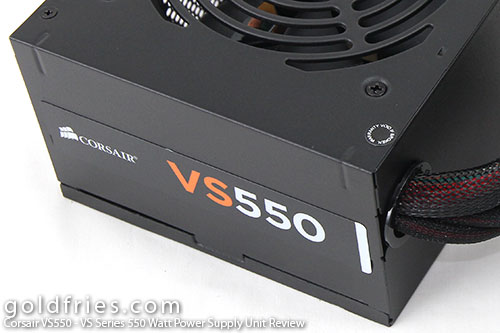 The PSU that gave way was the Corsair CX500 that served be really well and for the replacement unit, I decided to gave the VS550 a shot.

The VS550 is an entry level PSU from Corsair but for its price tag, I’d say the build is pretty good. 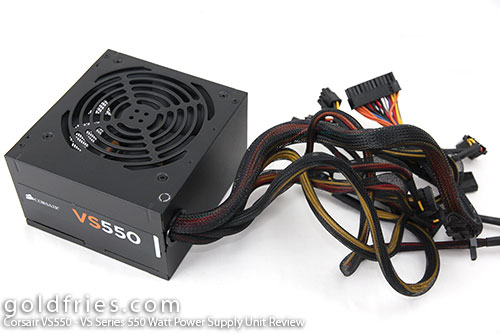 The VS’s build is pretty much like the CX series, black powder-coated enclosure and black-sleeved cables make it look good. As you can see, the CX model uses metal fan grill while the VS now (like many other PSU) has grills that are cut-out from the enclosure. 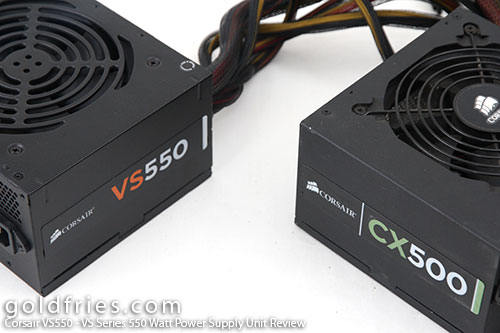 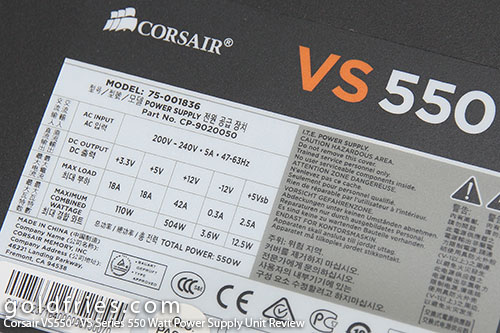 On the down side, what the official product page doesn’t tell you is that the cables could be an annoyance for cable management.

I’m the type that prefers my SATA connectors laid out on one cable, and the Molex on another but for the VS series, a single strip of cable comes with SATA and 4-pin molex on it. So instead of using just 1 SATA cable, now I had to drag 2 cables around the casing. 🙁

For RM 180, it’s a pretty decent PSU that delivers up to 500w on a single rail as shown on the table above and the cables are sleeved. Whether or not you are in favor of the connector placement really depends on your setup.

The PSU comes with 3 years warranty, and like many others around this range, it’s not 80Plus rated.