Full HD Entertainment? Wii style gaming? When I first encountered the A600 at the Lenovo Blogger Night KL, I was certainly attracted to those 2 features.

This review was made possible by Lenovo Malaysia 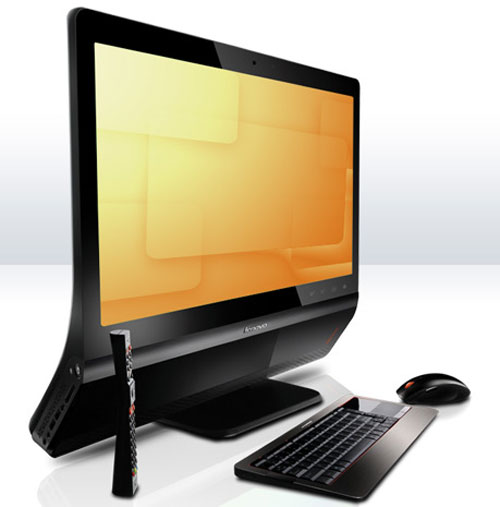 The A600 – a dark beauty measuring only 27mm thick, is a mixture of glossy and metal finishing that makes it easy to match practically any interior decoration. 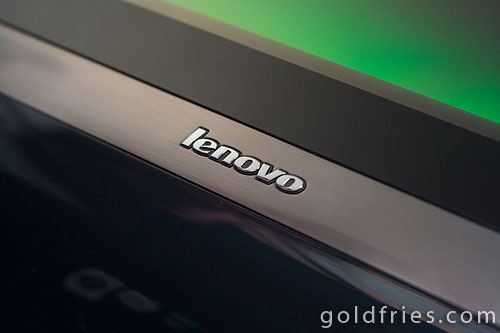 Airflow vents are found on the lower part of the unit’s frontage. The system is held stable by a huge base that also allows the main unit to tilt to suit user’ preference. 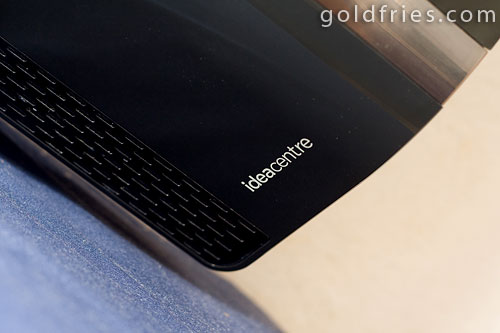 On the right side there’s the optical drive, not a Blu-Ray drive unfortunately. 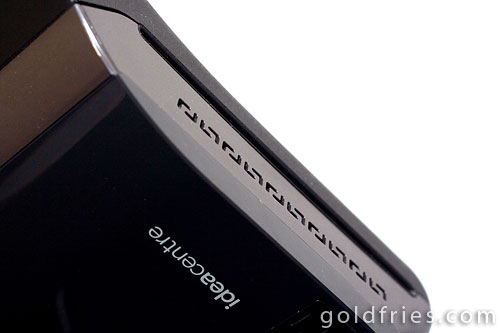 On the left side are the various ports – card reader, USB, Firewire, mic and headphone jacks. 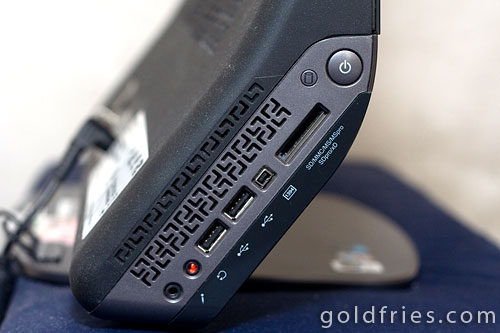 And behind it, more USB ports, LAN port, TV tuner, power connector and one of the speaker (I believe it’s the sub-woofer). 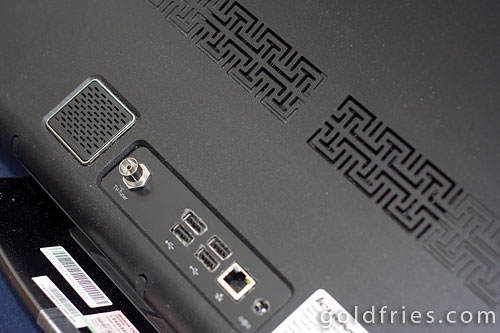 Then of course there’s the 3 controller devices bundled with the A600 – Wireless keyboard, wireless mouse and the 4-in-1 remote control for VOIP / Motion Drive Games / Air Mouse / Windows VistaÂ® Media center remote controller. 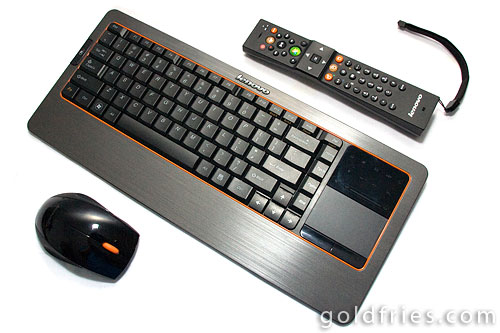 Here’s a closer view of the remote control unit. 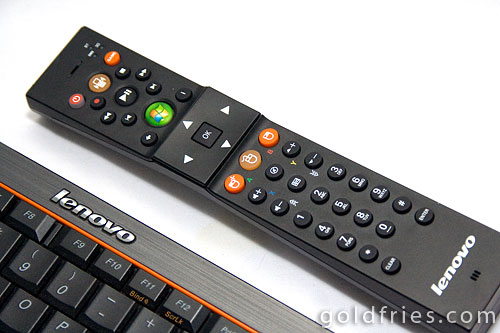 Specifications may vary among countries, the A600 unit in this article is of the specs as stated on the official product page.

Let’s start with the remote control – I think that’s the device most people would be interested in. 🙂

Here’s a video on how it works as an air-mouse. Notice how the cursor moves in response to the remote control’s movements.

And here’s how the remote control is used in some “Motion Drive Games” (term used on the official product page).

Yeah don’t laugh at me, the clickity-clackity noise is from the knocking of the controller and the plastic on the wrist-strap.

Those are 2 out of the 4 games available on the unit I was reviewing.

The games not in the video are Tennis and Bowling. I choose the Ping Pong and Snowball games as they were better in showing the use of the remote control for game control.

For Tennis, the sprites are too small to make an impact. As for bowling, filming it would be a rather daunting task …….. plus I’ll look really stupid in it. HAHA! The game requires quite some space in order for one to get a proper area to swing, pretty much like playing a Nintendo Wii.

Windows Media Center control works fine with the controller but as to the VOIP feature – Sorry I’ve not manage to test out the VOIP function of it due to some limitation on my end.

Like the remote control, the keyboard and mouse are connected via BlueTooth.

Both are decently built, the mouse comes with additional buttons at the side for added features such for browsing forward and backward when on a web browser. 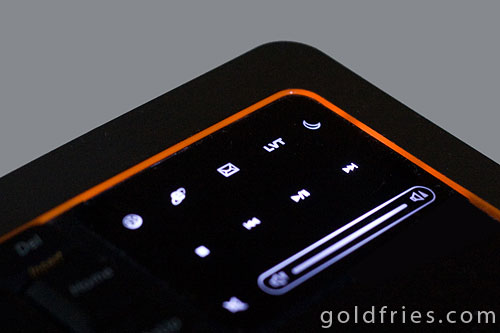 The keyboard on the other hand, comes with panels that lit when touched, as you can see from the icons – it allows launching of applications, manipulation of applications, volume control and so on.

I thought that the A600 would be great even for graphic designers as not only was the frameless widescreen LCD is of HD resolution (1920×1080, 16:9 display), the color output was vivid and clear as well.

The graphic system uses a discrete ATI Radeon HD3650 graphic adapter, that doesn’t make it a super gaming system since the resolution is already at 1920×1080 and the HD3650 would probably be able to play most modern games at medium / low detail at best.

The HD3650 on the other hand, is a superb system for High-definition video playback, like say for accelerating 1080p movies.

As for using it as a TV replacement, 21.5″ might be a little too small depending on distance.

Having it at a closer range on the other hand, makes it really difficult to play games like Bowling where distance and space is needed for viewing the screen and arm swinging.

As you can see by now, there’s a lot of “give and take” here.

On the plus side, the LCD also has this feature that warns you when you’re up too close.

The audio output was mediocre at best, at least in my opinion it’s fine for those who are not picky or don’t have any particular demand on the audio output. 🙂

While Lenovo claims that the IdeaCentre A600 is ideal for “Full HD entertainment”, I think the audio quality is a letdown. It’s understandable that integrated speakers are limited but I’m just disappointed that there’s no option to output audio to a more elaborate speaker setup, considering the fact that multi-channel speaker support has been part of many motherboard for many years already.

While the Veriface technology is not confined to just the A600, I thought I’d take this opportunity to show how it works.

Yes that’s me. I look like some sinister dude from a horror flick. Oh well ……

I thought that the number of USB ports provided were great, and there’s the TV tuner feature too.

As for the optical drive, I think they should at least have an indicator of some sort to indicate which direction should the disc be inserted and at what angle. It’s damn difficult to insert any disc into the drive in pitch darkness.

At the RRP of RM 3,999 – I think this All-in-One desktop is great as a family computer.

The 21.5″ screen is far from being an LCD TV replacement but for desktop purpose, it’s great for practically anything – even for graphic design work. The HD3650 discrete graphic system makes it a little more capable for computer gaming.

The remote control makes it convenient to navigate the Windows Media Center when seated slightly further away.