When I first got news that I’m having a unit of Dell Studio One 19 for review, I was like “?????? 0_o” – yeah, that’s what I looked like. I was a little lost on the product since I wasn’t aware of that Dell has All-in-One desktops under the Studio range.

I’ve already used the Asus EeeTop and Lenovo IdeaCentre A600, I was thinking it’s probably going to be YET another AIO product. Ho hum…….. or so I thought.

This review was made possible by Dell Malaysia

The unit I received was the WHITE unit. It’s PURE WHITE. 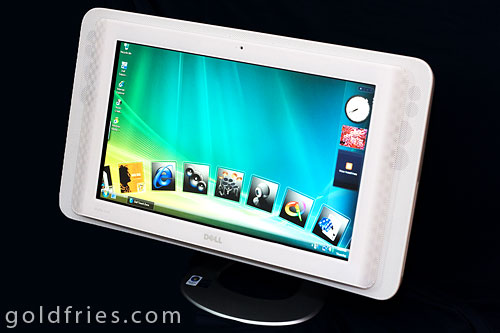 I wonder why they didn’t give me a unit of a less common color. 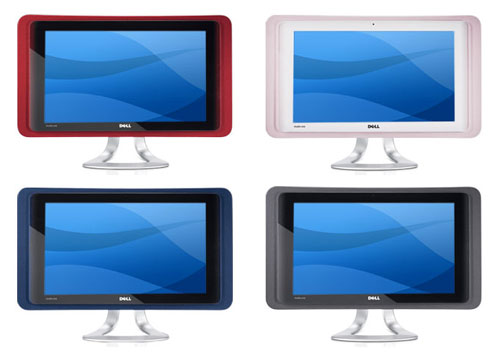 The 4 colors above are Tuscan Red, Powder Pink, Navy Blue and Charcoal Grey. Oh and to add, the S210502MY in this article is the Touch Screen unit. There’s the S210501MY that has similar specs but without the touch screen.

I think the most distinct feature of the DSO19 (yes, it’s much easier to call it that) is the speaker, placed on both sides of the monitor instead of having them below the screen. 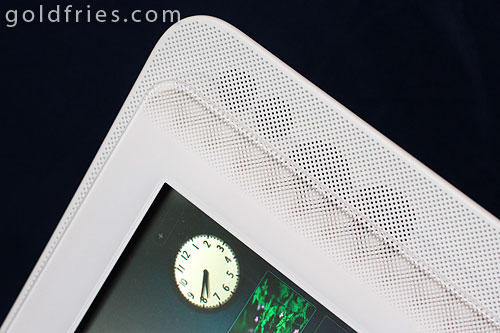 There’s the usual optical drive on the right side 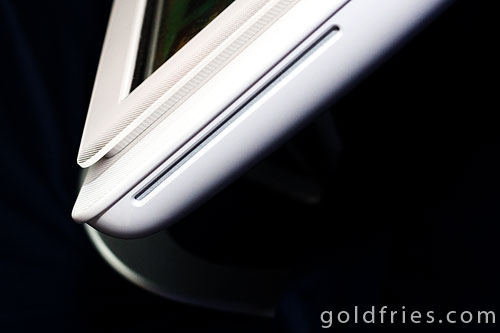 On the left side are the 7-in-1 Card Reader, USB ports, Headphone port / Line-out connector and Microphone / Line-in connector. 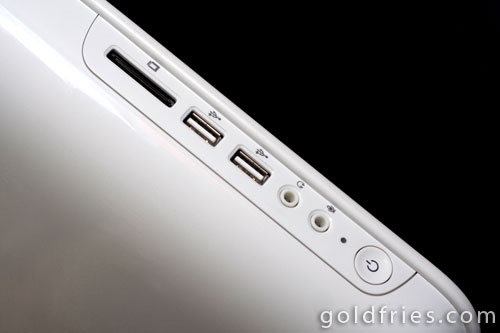 At the back, 4 more USB ports, a LAN port, 2.1 speaker output jack and the power connector (not in the picture). 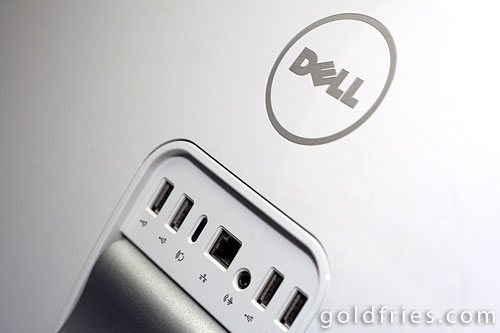 Let me start off by saying this is the most memorable product of the year so far. It’s a product that I actually miss, there’s the wish to actually own a unit of the Dell Studio One 19.

What made it so different? I had not felt that way for the Lenovo IdeaCentre A600 that had a much bigger screen that runs Full HD resolution, and neither have I felt the same way for the Asus EeeTop with its portability.

It is the audio / visual experience from the Dell Studio One 19 that made the difference between the products. Sure, it doesn’t have that big a screen and it’s not even Full HD resolution (it’s 720P however) but the point that made it stand out from others I’ve seen so far, was the speaker system.

Even on its own, it produces clear and audible audio output. I truly enjoyed myself watching DVDs and listening to music. The 18.5″ screen is actually just nice if the viewing distance is just a few meters away.

The bundle for the DSO19 isn’t something spectacular but it isn’t shabby either. What I found most interesting is the Touch Screen application, called Dell TouchZone.

Here’s a video demo of how it works.

Looks cool eh? The applications I found interesting are the Picture viewer (there’s a Video viewer too. Works the same way) and the YouPaint application. I did manage to show the DSO19 to a few people that came to visit the other day, and I must say that attention were all on the YouPaint 😀 There’s always the kid in us to likes to get creative, and this time to do it fast and clean.

Don’t let the term ALL IN ONE fool you because the DSO19 is certainly not a slow coach. The system has more processing power and RAM than my photo editing and graphic design work station. The 500GB hard disk gives you ample space for storing artwork and video files.

Nothing much I could say about the Integrated Nvidia GeForce 9400 Integrated Graphics, other than it could be used for some computer gaming if you don’t mind playing at less than fancy graphic detail.

What I like most is the heat control of the unit. Notice how the vent is placed at the top of the unit. 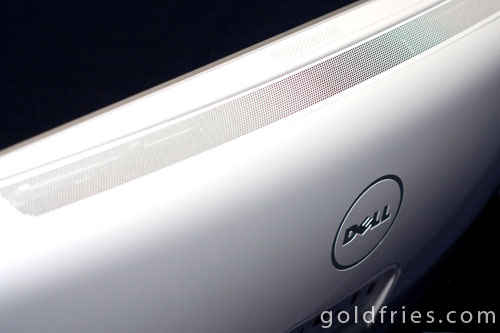 I got curious, so I decided to run [email protected] on both CPU core and also the GPU core, stressing out all components practically 24/7 for many days, through varying room temperature – guess what? The unit never overheated.

The processor idles at around 42Â°C in air-conditioned room, while highest it went when under 100% load during a hot day was 59Â°C. As for the graphic system, it idles at 62Â°C while going not more than 73Â°C.

The keyboard is just like any other, straightforward white-colored wireless keyboard. I like it that it comes with the numeric keypad, something I haven’t seen on the rest of the AIO desktops. 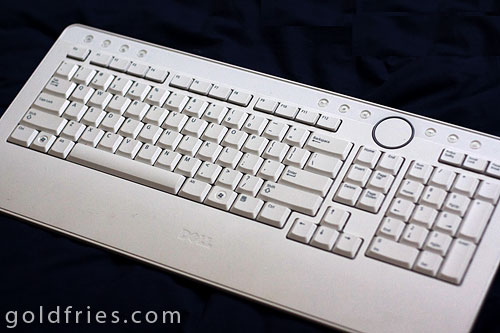 The keyboard also comes with a dial to control volume and the various button for launching or navigating applications. 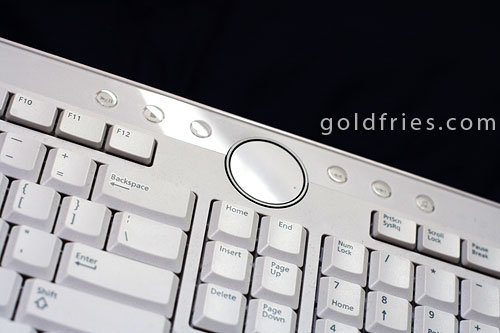 And unlike some mice that batteries bays are under the device, the mouse for DSO19 comes with a cover that’s magnetically held in place. 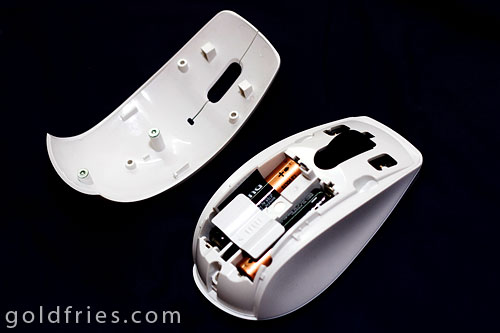 I know that I’ve been praising the Dell Studio One 19 a whole lot but it certainly isn’t a perfect product.

First thing I’d like to highlight is that it lacks the ON/OFF DISPLAY button. The CCFL screen is ON all the way unless you turn off the system, which defeats the purpose. Both the Asus EeeTop and Lenovo IdeaCentre A600 had this option. So much for wanting to go green, this means you can’t have this unit in the bedroom and expecting it to be dark without powering down the machine. 🙁

Another thing I found lacking screen brightness and volume controls on the device. I mean really, since it comes with touch screen and wireless keyboard and mouse, I expect myself to be able to tender the adjustments without having to access Windows’ control. For example, I could run Windows Media Player on a loop of my favorite playlist but should I need to reduce the volume, I need to either use the keyboard or dabble with Windows. It’s not convenient. Refer to the Asus EeeTop – the volume buttons (and also the screen brightness, and also the ON / OFF DISPLAY button are on the unit and it was so convenient.

Lastly, I also hope that the touch screen could be more sensitive. It’s a small matter, I was just a little disappointed that it doesn’t take rapid screen tappings as well as I hoped for.

The Dell Studio One 19 (S210502MY) is now retailing at RM 3,999 – a rather steep price for an AIO. It’s a great option if you’re looking for a one-stop entertainment unit that not only looks chic but takes up little space. If you’re looking for a cost-effective desktop unit, perhaps the Inspiron series is what you should be looking at.

Personally, I think the Dell Studio One 19 is great for compact quarters, such as living rooms and bedrooms of limited space. Use it for entertainment, for your kids, for photo-editing or graphic design work – it’s good to go!