How I Took A Leap Of Faith

And so Computex 2015 arrived and I was planning what should be my setup and I’ve decided to settle with the Samsung Galaxy S6 edge as my primary recording device. I brought the Nikon D750 and a Rode mic along just in case I needed it for an interview session but guess what, the only time the Nikon D750 was used was when I checked in the hotel and took a few photos of the room. That’s it, the Nikon D750 (with AF-S 24-120 F4 VR lens) stayed in the bag for my week at Computex 2015.

Here’s the playlist of videos I took with the Samsung Galaxy S6 edge.

It’s unbelievable, if anyone were to tell me a year ago that I would be using a smartphone for my videos I would’ve just laughed at them for being silly. With the Samsung Galaxy S6 range of smartphone, I’ve reduced my carrying weight throughout the event.

There’s over 60 videos, over an hour of footage and when it comes to videos – I think it’s the first time anyone crazy enough to actually use a Samsung Galaxy S6 smartphone (or any smartphone for that matter) to cover a week-long event and produce this many videos with the captured content.

The Samsung Galaxy S6 and S6 edge (32GB) carries a hefty price tag, the former being RM 2,599 while the latter being RM 3,099 – either way, I think that’s a price worth paying for when I consider the fact that a single pocket device could literally replace my DSLR setup.

The awkward feeling comes the moment you realize that you’re paying that sum for a PHONE not because of the PHONE but because of the CAMERA on the PHONE, to replace your existing CAMERA setup. Arrgghhh.

What’s even more awkward is that I didn’t like the phone in particular, I just love the camera on it!

The Samsung Galaxy S6 edge and S6 works no different from any other phone, sure it’s fast and all but it’s yet another phone. The Galaxy S6 edge commands a hefty RM 3,099 price tag and what you get is an edged screen that’s sure a conversation-starter.

It looks great, there’s no doubt about that and the most frequent question I get when people notice the S6 edge is “Is the edge screen useful?”. The answer would be NO, you can’t place app shortcuts on it like the Note edge. What you get is a tiny strip to place your frequently called contacts and that’s it.

Another thing about the edge is that it makes holding the s6 edge a little uncomfortable, and the edge screen also tends to be in contact with part of my palm when browsing thus resulting in some hiccups when scrolling. For examples like Bejewelled Blitz it gets a little tricky when it comes to taking action on areas near the edge.

The single most annoying part about the S6 and S6 edge is the HOME button. I love it that I can double-tap the HOME button to launch the camera but being a protruding button also means it’s easily triggered, especially if you have the phone in your handbag or if you have some tough items in the pocket that may come in contact with it. 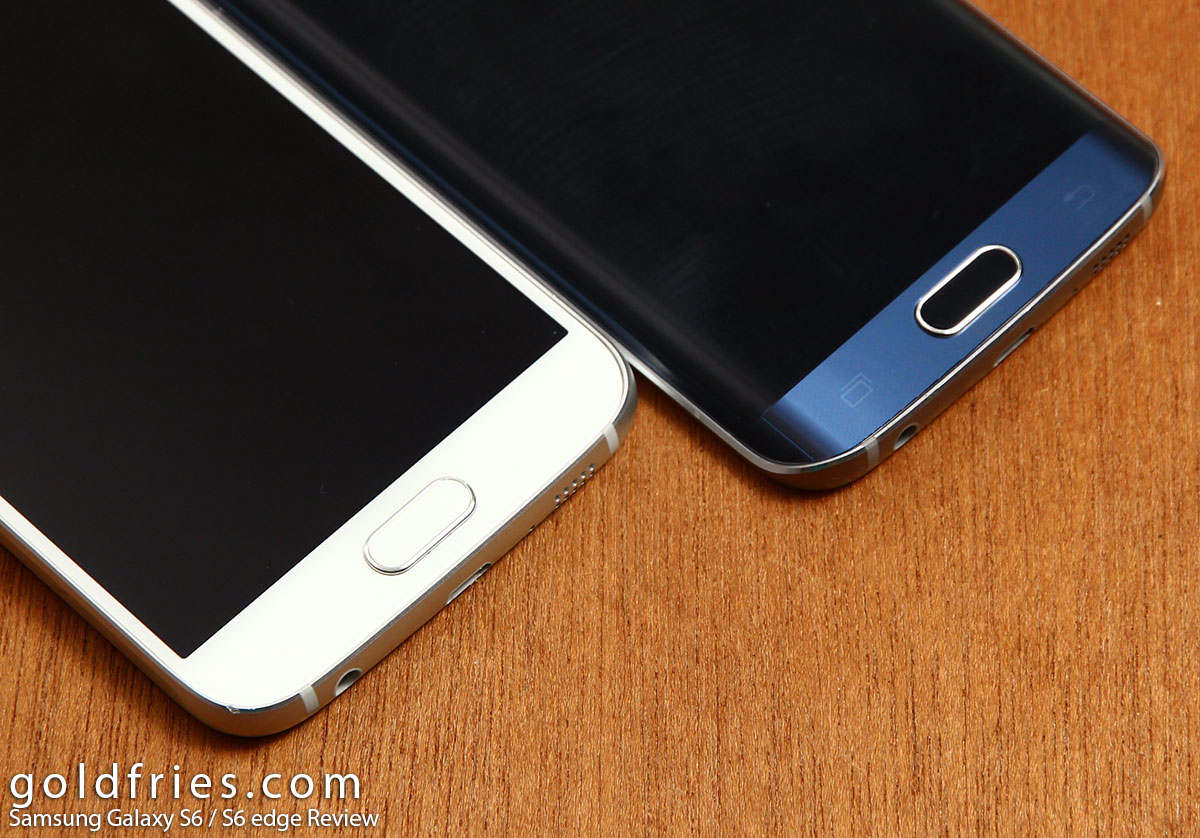 The speakers were loud but the placement at the bottom is just horrible, imagine how lob-sided is the audio when it comes to gaming – after all it’s a high-spec phone, gaming on it is superb when it comes to loading speed and graphic capability but the audio is a huge letdown due to placement.

As if the protruding HOME button wasn’t enough, the camera lens protrudes as well and making the all important camera being the first point of contact when the phone is rested on any surface. Despite having same settings, I’m surprised to see that the S6 edge’s display is dim when compared to the S6. 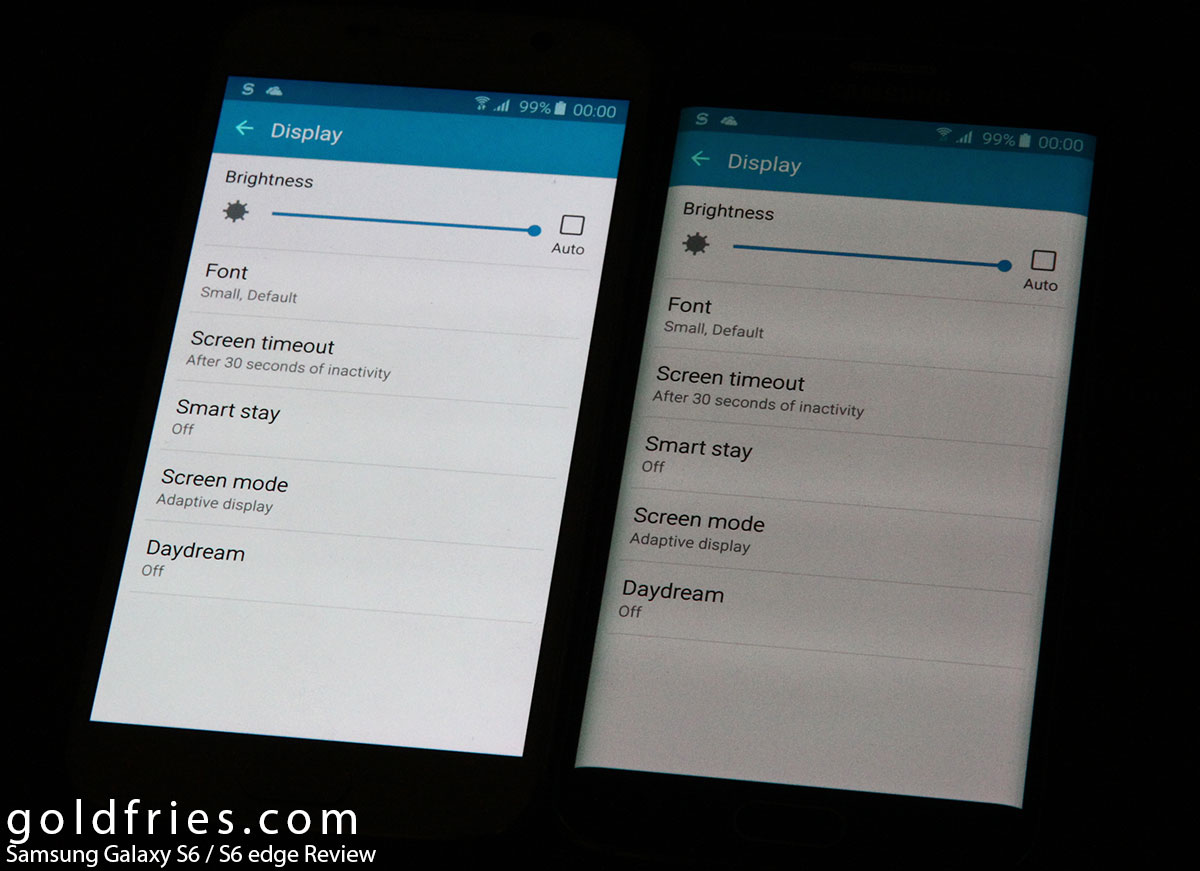 The battery life seems decent, the only time I ran out of battery was when I used it for a full day video recording. Charging is quite fast, getting a little over 1% per minute of charge while 10 rounds of Bejeweled Blitz drains about 12%.

As for the software, I’m happy to see that the OS is very much polished and does not come with the usual Samsung Bloatware. I was however, disappointed that Volume Down + HOME does not work for screencapture, the keyboard doesn’t show any symbol until you access the symbol screen and even the app drawer isn’t sorted in alphabetical order.

Fortunately this is an Android device and most of the above mentioned matters can be resolved by installing some other app, for example SwiftKey for a better keyboard and Nova Launcher for app drawer function.