The 3rd piece of Cooler Master’s aluminum series of gaming peripheral reached goldfries.com’s lab and it felt like completing an armor set in an MMORPG that levels up gaming skills by +3 with additional bonus stats. 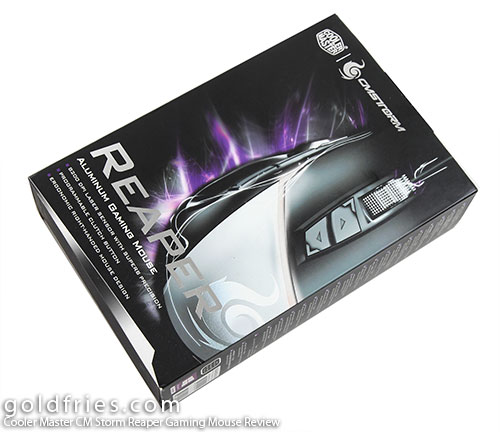 Upon opening the box, one is greeted with the distinct trait of the design, which is the silver colored aluminum bezel. 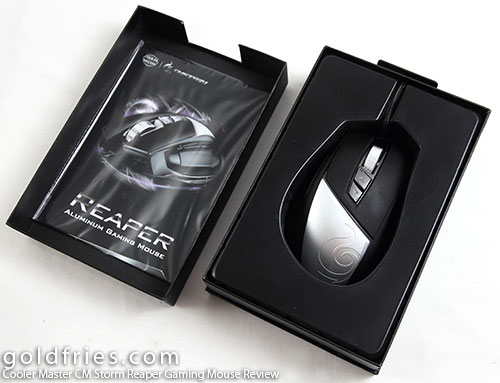 Just like the Mech keyboard and Pulse-R headset, the bezel on the Reaper is removable for customization purpose. 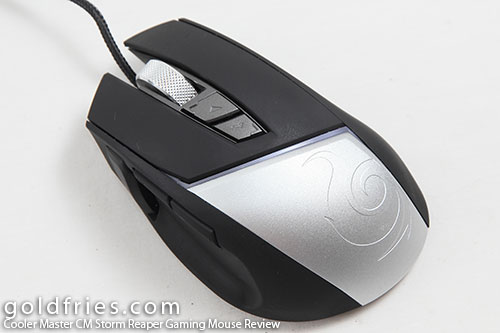 Designed for right-handed users, the mouse has buttons on the left side. The scroller on the other hand was rock solid and comes with textures etched on it for grip. 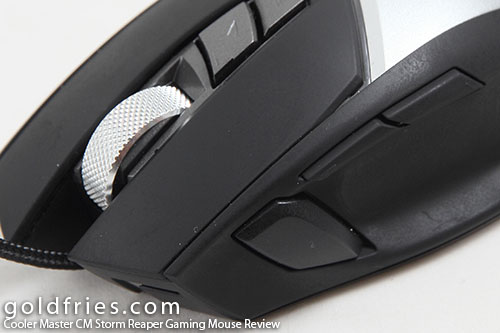 Just like the other components, the Reaper mouse glows with white colored LED coming forth from the lines along the bezel and also the front of the mouse as the LED lights are placed on both sides of where the wire is connected. 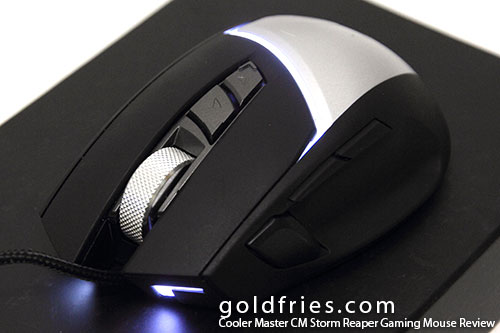 The most beautiful part of the mouse is the placement of the feet. Instead of the traditional 2 piece placed at the front and back, the mouse comes with 2 very long pieces placed at the sides that stretches from the front to the back. There’s still a piece at the back though, that one works as a support to the force from the palm’s weight. 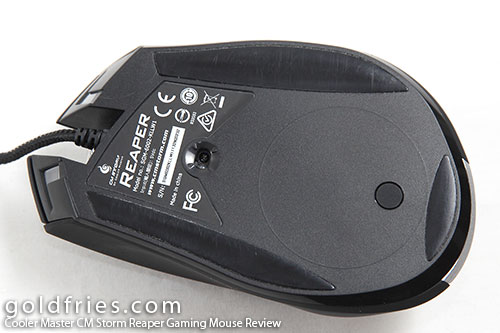 The mouse felt really solid to the grip, and what I’m most impressed is the placement of mouse feet that covers most part of the mouse.

I used the Zowie Gear G-TF mouse pad and tried the mouse by playing games like Battlefield 4, Starcraft II and Diablo III, and I was really impressed by each move as the mouse moved ever so smoothly that I had problem getting acquainted with the control that I never felt before.

It’s so surreal, I’ve never experienced a movement this comfortable and precise. The mouse buttons were comfortable to press and I love the solid (non rubber) scroller because the movement was certain yet the clicks were just very gentle nudges.

The thumb placement area was slightly uncomfortable due to the rough edges, and I think the buttons on the left side are too far up front. I mean seriously, have you ever seen anyone with their thumb having the same reach like their index finger? I don’t. Those buttons are near useless for me

The Reaper retails at around RM 220 and I think it’s a really solid product from Cooler Master and it’s a worthy companion to Mech keyboard and Pulse-R headset.

I’ve had the opportunity to try various gaming mice but very few are at the caliber of the CM Storm Reaper. I think what’s most attractive about it is the price, and also the sheer ecstasy of experiencing smooth mouse glide across the mouse pad with the awesome placement of mouse feet.