Mantle API vs DirectX 11 on Battlefield 4 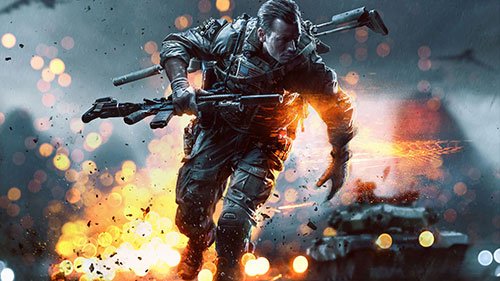 The test was conducted using AMD’s Catalyst 14.2 Beta driver (14.3 was just released a few days ago).

So how did the Mantle API fare against DirectX 11?

The test uses Battefield 4’s built-in Frame Time log recording, executed using “PerfOverlay.FrameFileLogEnable 1” in the console. I used Baku mission, recording it right as the start (“Total Eclipse of the Heart”) up till the part where the crew is about to pass through the tunnel.

🙁 Baku the only scene I have even though I’ve nearly completed the campaign (gaaahhhh I have to replay it!)

The log was then analyzed using the BF4 – Frame Time Analyzer

This is the result for Mantle API. 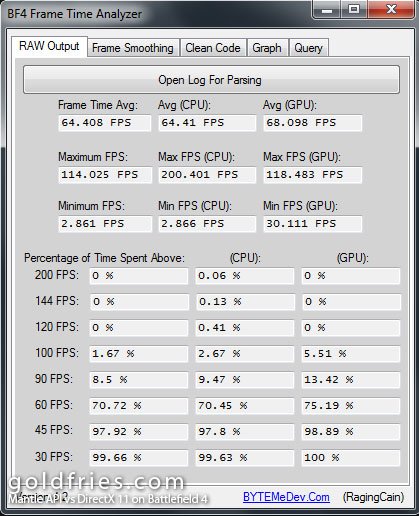 And this is the result for DirectX 11. The AMD A10-7850K APU is a processor with pretty good performance already, and with the R9 280X the performance gap isn’t great but nevertheless it’s a start.

What I’m concerned is that while the Mantle API gave a frame rate boost, it also has the lower minimum frame.

If you want to try out the above setup with Battlefield 4 – head over to Low Yat Plaza next week, goldfries.com’s system will be part of AMD’s showcase units. 😀 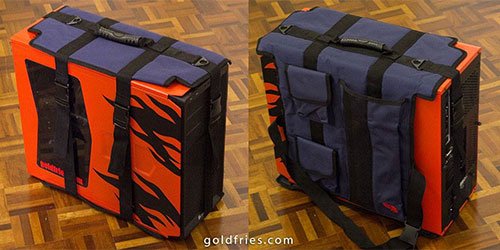